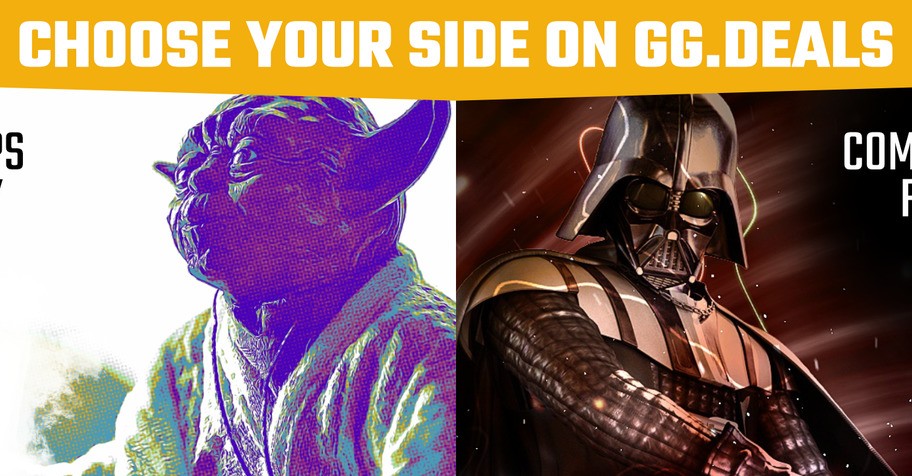 Compare prices from keyshops or… disable them with two clicks.

We are fully aware how polarising this decision will be. So far GG.deals covered only official distribution stores, which has some good sides, but also restricted us in many ways. We decided to expand and add keyshops to our comparison line up. Here are the reasons why we made this decision.

It’s optional. You can permanently disable keyshops with two clicks.

Some people use keyshops, because they want the lowest prices. Some people don’t use keyshops, because they want to make a safe purchase and they support the game developers. There are two groups of customers that require completely different information from a price comparison site. Our goal is to make GG.deals appealling to the largest possible audience.

This is why we are letting you choose your version of GG.deals.

Do you purchase only in official stores? That’s great. Head over to the menu and switch to the “Only official stores” version of GG.deals. No single keyshop offer will ever be shown to you if you select this option. Your experience will remain unaltered from what you have seen so far on this site.

Not minding keyshops? Here are some other deals that we weren’t showing you before, even though they might interest you. You can make your own decision whether you want to take advantage of them. Make sure you read about risks associated with purchasing keyshops. The risks and payment fees are highlighted with red labels.

To select your version of GG.deals simply head over to main menu and click on the key/shield icon next to your region settings.

Last January we asked you about the possibility of adding cdkeys.com to our price comparison.

We also asked you what other unauthorized stores you use on except for cdkeys.com. We were surprised to hear that nearly 48% of our users purchased their game keys on G2A. 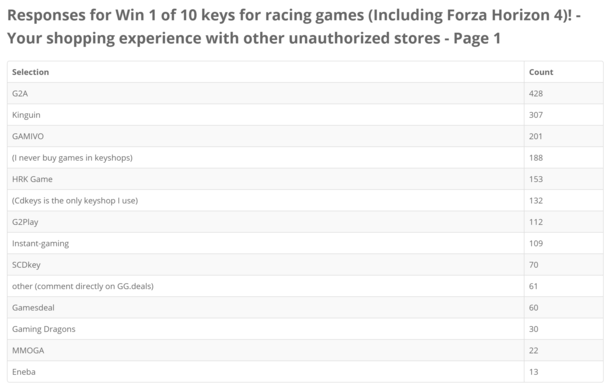 We are aware that certain amount of users fill in such surveys with random or troll answers. Nevertheless, it was a clear sign that missing out these shops creates a big gap in our usability. Majority of our users are potentially interested in keyshop offers, but in order to learn about them, they need to go to competition sites.

We also received your feedback regarding this matter in multiple emails, Facebook messages, Disqus comments and GG Community posts.

A new approach to keyshops vs official stores matter

There are a couple of price comparison sites that focus solely on official distribution stores. On the other side of the fence there are the likes of Allkeyshop which scream “shady” the moment you enter the site. There is no site that connects these two contrasting worlds. An alternative for users who purchase most of their keys from official stores, but occasionally buy in keyshops as well.


We wanted to accomplish a new, honest approach that offers users the choice while keeping them informed about the potential risks.

We created a clear division between what is an authorized, official offer and what is a keyshop offer. We don’t even mix the two - they are kept on completely separate tabs

Part of the reason why keyshops are considered shady is the infamous “payment fee”. You pay for the ability to make a payment and the fee is only displayed at the very last stage of the checkout. We believe that users should not only know about this fee, but also that the fee should be part of the comparison. This is why we include the cheapest available payment fee in prices by default. 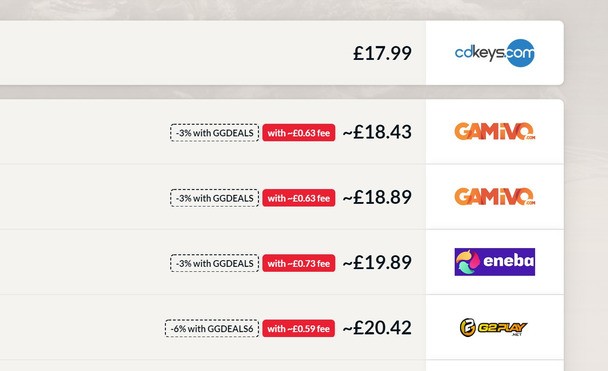 We list all the risks associated with purchasing in keyshops in a clear and visible way (the red “risk” label). We believe users should know what they are signing up for before they make a purchase. 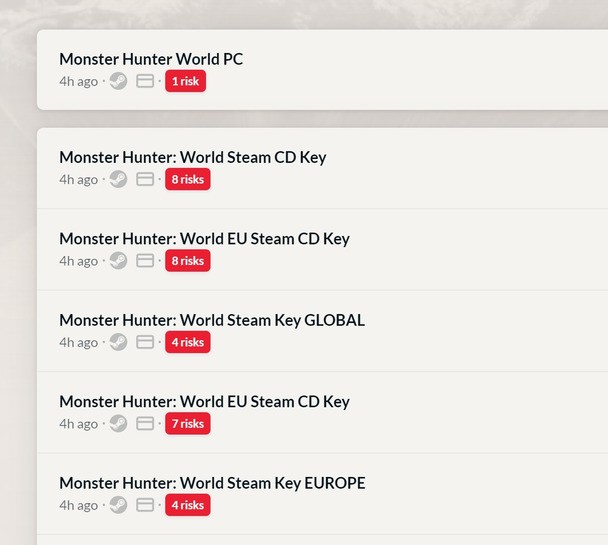 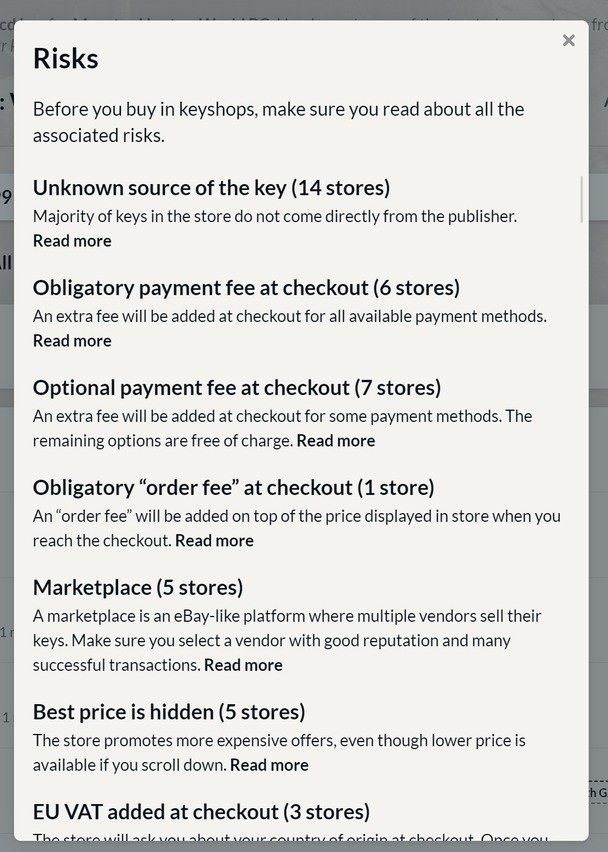 If a user attempts to check keyshop prices of an indie game, he will be reminded that his purchase might negatively impact the developers of the game and we encourage him to purchase the game from an official store instead.

We do not and never will compare prices of shady Microsoft Windows/Office keys.

We do not and never will include offers from sites associated with account selling.

We believe that the current setup does a good job in terms of educating the customers about differences between the two types of distribution channels.

Your money, your choice!

We decided that we will no longer make choices for our users and dictate them where to buy their games. It is not our call to make. There is a significant group of users that wanted GG.deals to expand with keyshops. Let it be! Users who don’t want these stores have an option to permanently disable them. They can stick to their principals while still enjoying the site.

Ignoring keyshops in the past gave the impression that our price comparison site is incomplete and doesn’t serve its function. The comparison itself was very boring at times, especially for games exclusive to certain distribution platforms.

Boring comparisons is not what we are after. We want our site to provide as much information as possible. In the future, we want GG.deals to expand and include physical distribution stores, console games and hardware. GG.deals should be the first point of contact for people looking the best price of any gaming related product.

PS: Keyshop integration is currently in beta. These offers are only accessible on game cards and in voucher view. They don't affect price history of games and "historical low" labels. We will gradually add keyshop support in other parts of GG.deals. If you choose to disable keyshops in the menu, your experience will remain keyshop-free forever.