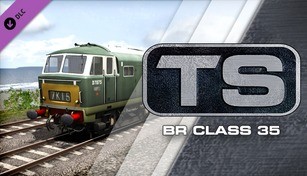 Compare prices with GG.deals to find the cheapest cd key for Train Simulator: BR Class 35 Loco Add-On PC. Head over to one of the trusted game stores from our price comparison and buy cd key at the best price. Use the indicated client to activate key and download and play your game. 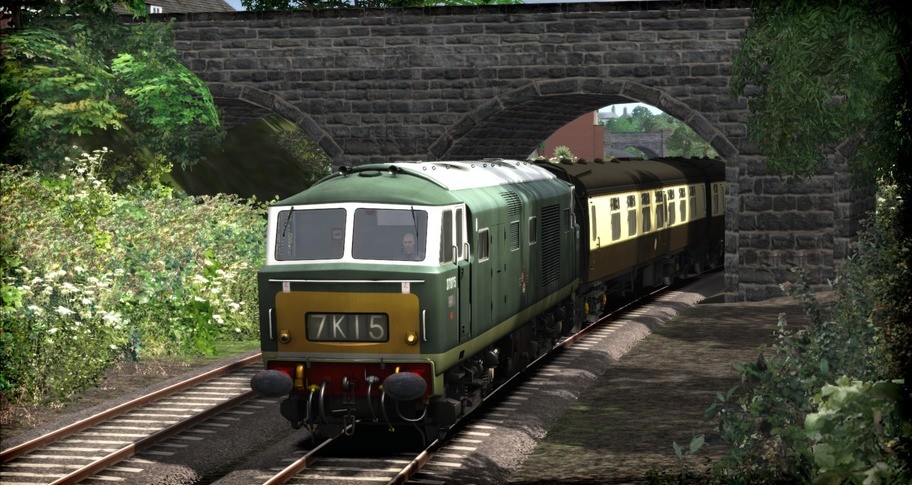 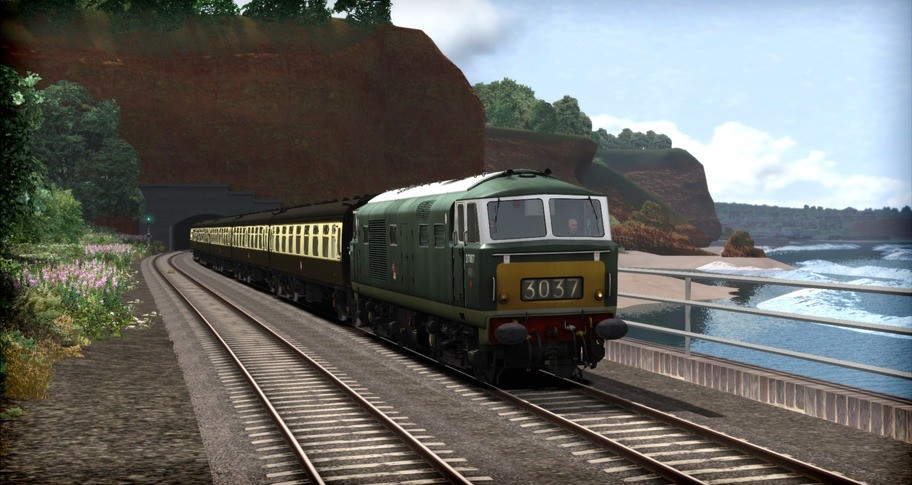 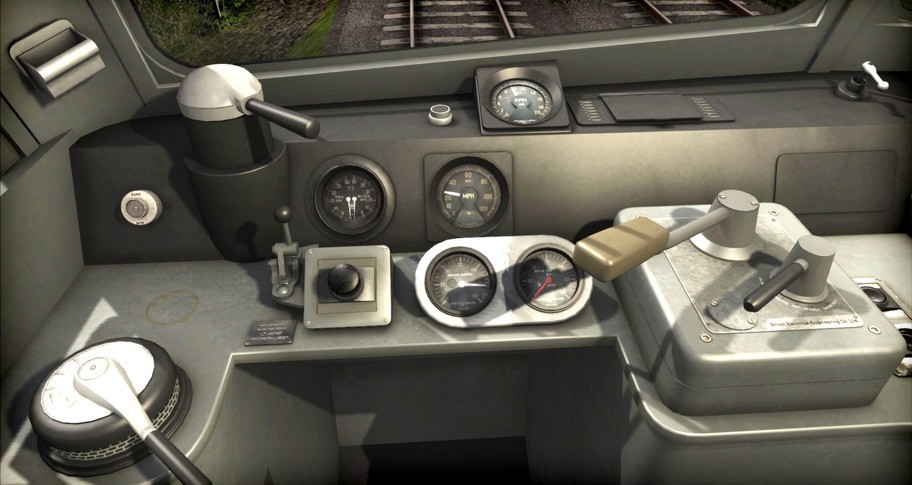 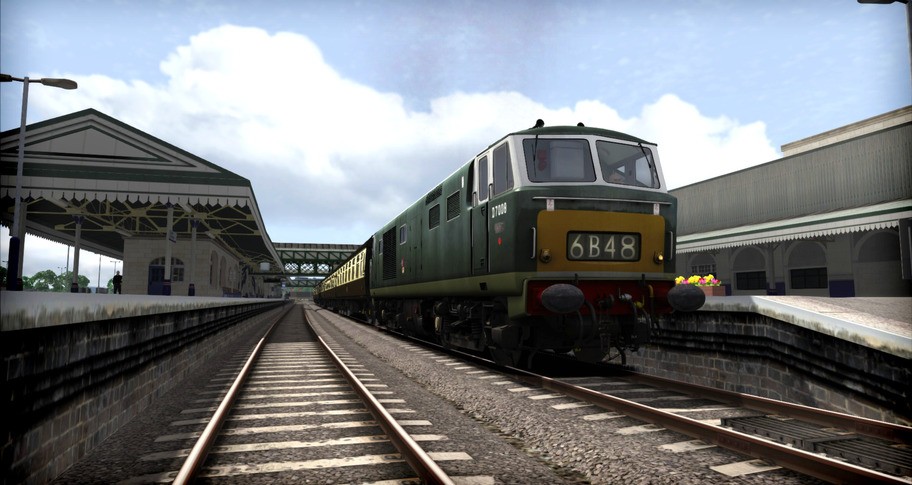 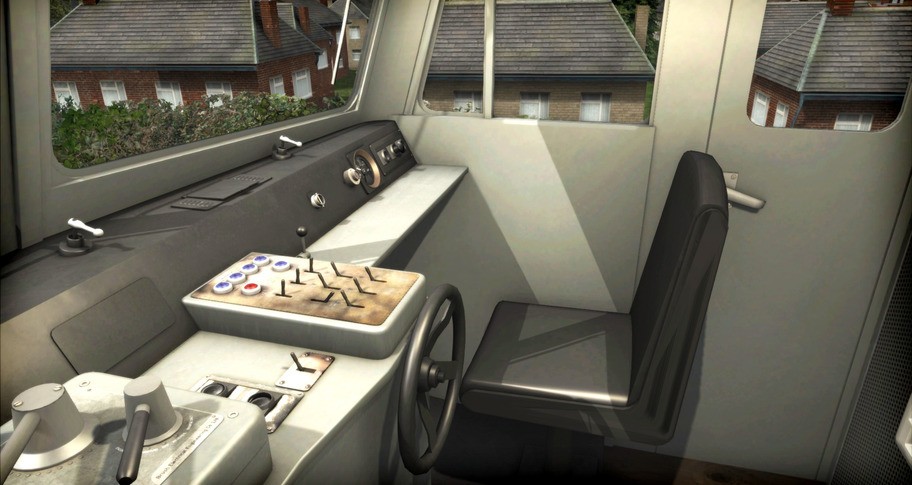 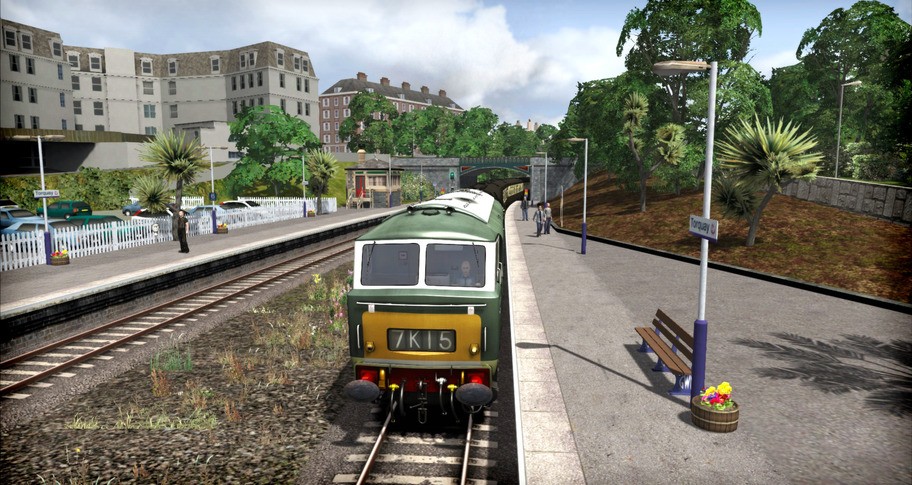 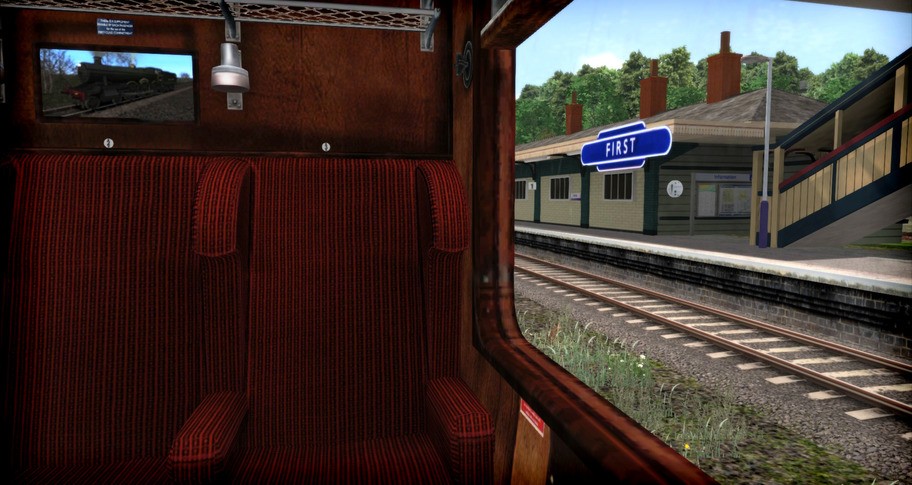 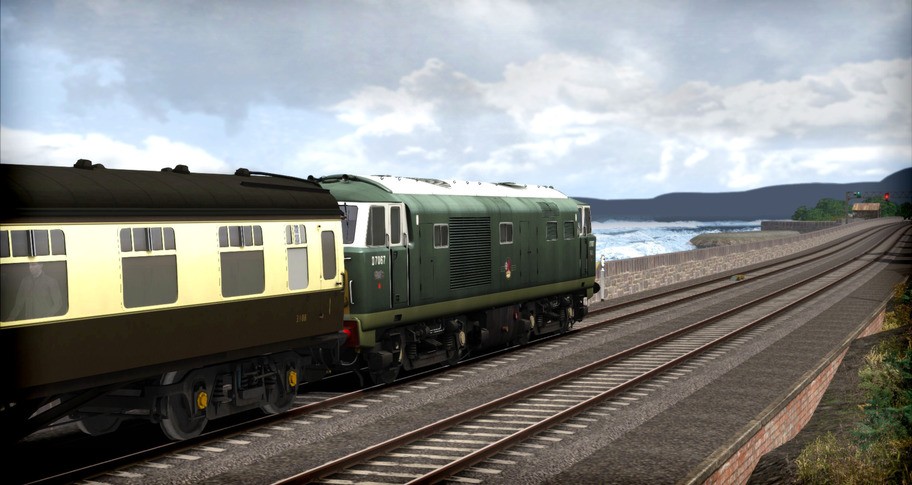 The hydraulic transmission fitted to the Class 35 locomotives gave them their affectionate nickname of ‘Hymeks’ and, at the time they were built, were the most powerful diesel-hydraulic locomotive operating with a single engine. They were popular sights at the head of semi-fast and freight trains across the Western Region of the British rail network during the 1960s.

A total of 101 models were produced by Beyer Peacock between 1961 and 1964, although their operational life was relatively short – withdrawals began in 1971 and were completed by 1975. A total of four locomotives have survived into preservation.

The Class 35 for Train Simulator is available in British Railways green livery and is a former Iron Horse House model, which has been updated to Train Simulator standard, including new scenarios and improved exterior modelling. Also included are BR Mk1 passenger coaches in chocolate and cream livery.

The locomotive is also Quick Drive compatible, giving you the freedom to drive the BR Class 35 on any Quick Drive enabled route for Train Simulator, such as those available through Steam. Also included are scenarios specifically for The Riviera Line: Exeter-Paignton route (available separately and required to play these scenarios).

GG.deals aggregates game keys from over 40 digital distribution stores so you can find the best deals on video games. All offers already include discounts from vouchers to save you time and money. Check the price history of the game to determine how good the deal is in relation to historical low offers. If the price is still too high, create a price alert and receive an email notification when Train Simulator: BR Class 35 Loco Add-On matches your budget!

We always try to make sure that price displayed in our comparison is assigned to the correct regions. However, some shops don’t share information regarding regional locks in their product feeds and that can lead to some very occasional mistakes. Before you buy Train Simulator: BR Class 35 Loco Add-On, please check the store page for any information about activation restrictions in your region. If you notice any product assigned to incorrect region on GG.deals, contact us and we will correct the listing as soon as possible.

If you’re short on money and want to get Train Simulator: BR Class 35 Loco Add-On for free, there are a couple of ways for you to try:

Even if Train Simulator: BR Class 35 Loco Add-On free download is not available, you can always save up and get the key at the lowest possible price using GG.deals comparison engine.