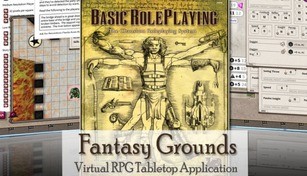 Compare prices with GG.deals to find the cheapest cd key for Fantasy Grounds - Basic Roleplaying (BRP) Ruleset PC. Head over to one of the trusted game stores from our price comparison and buy cd key at the best price. Use the indicated client to activate key and download and play your game. 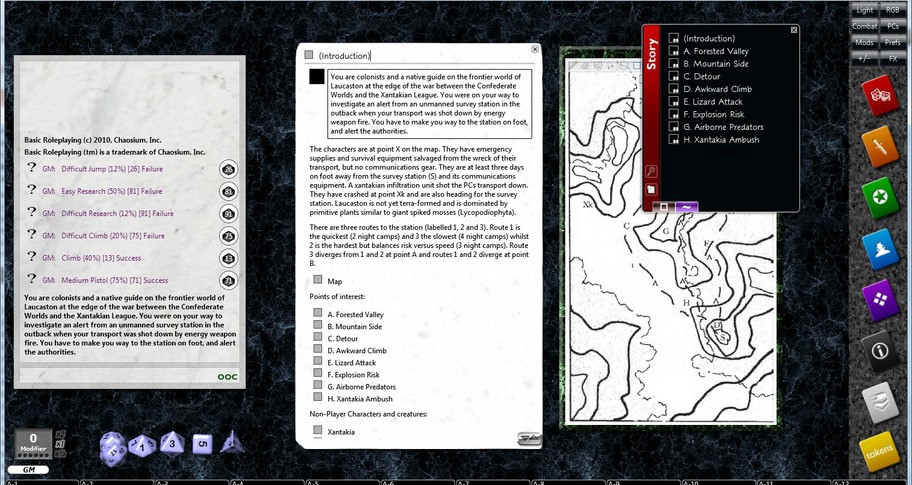 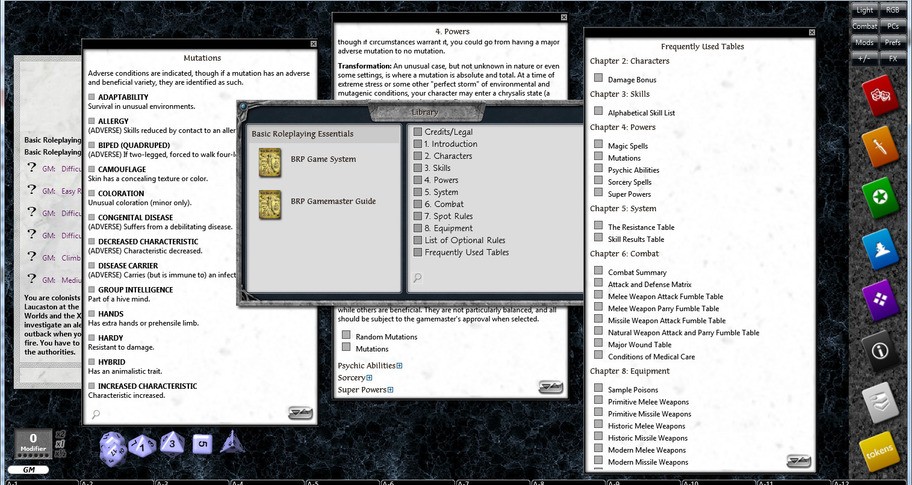 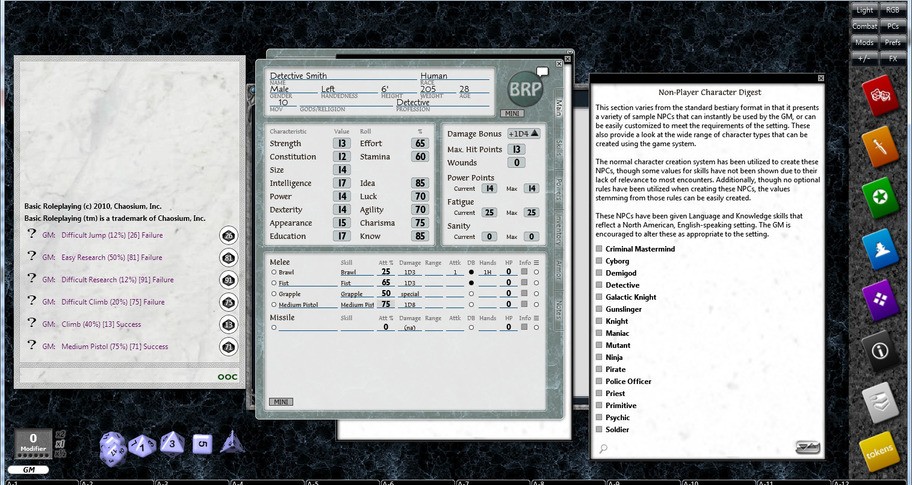 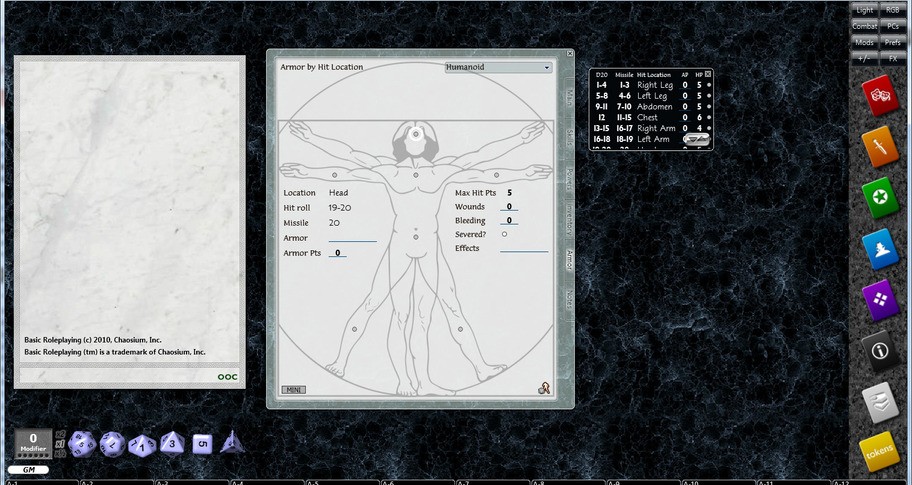 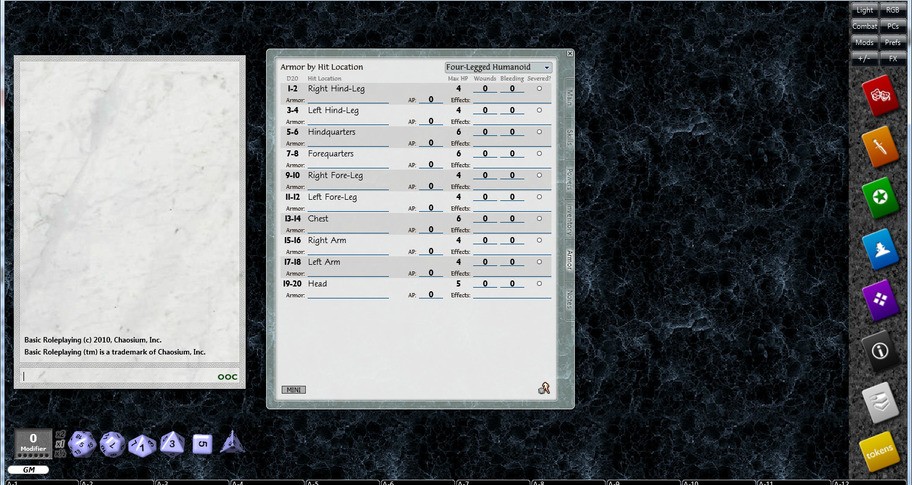 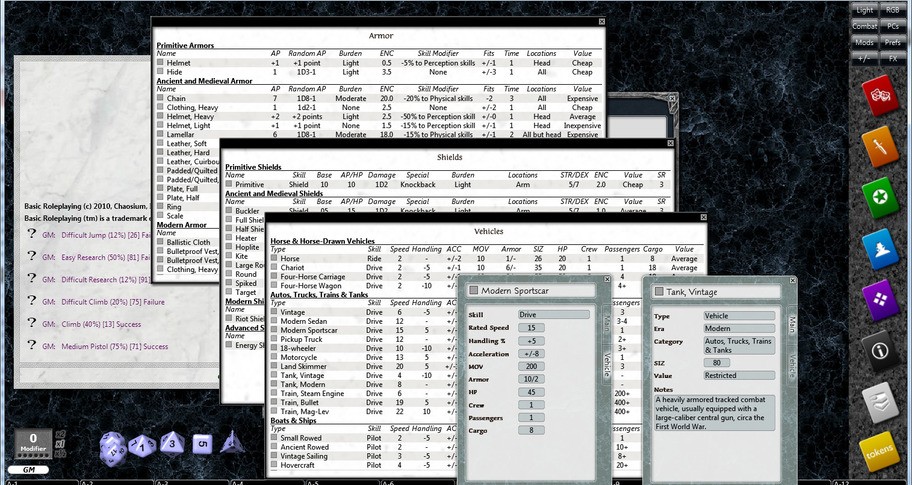 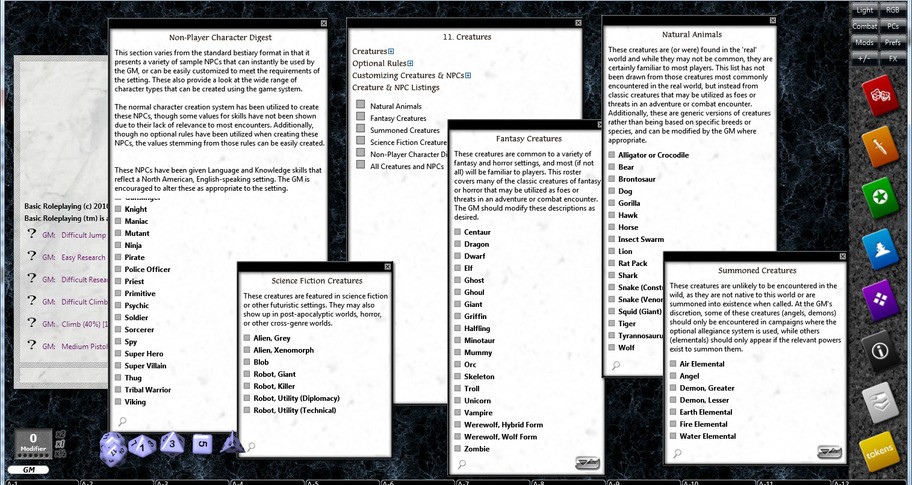 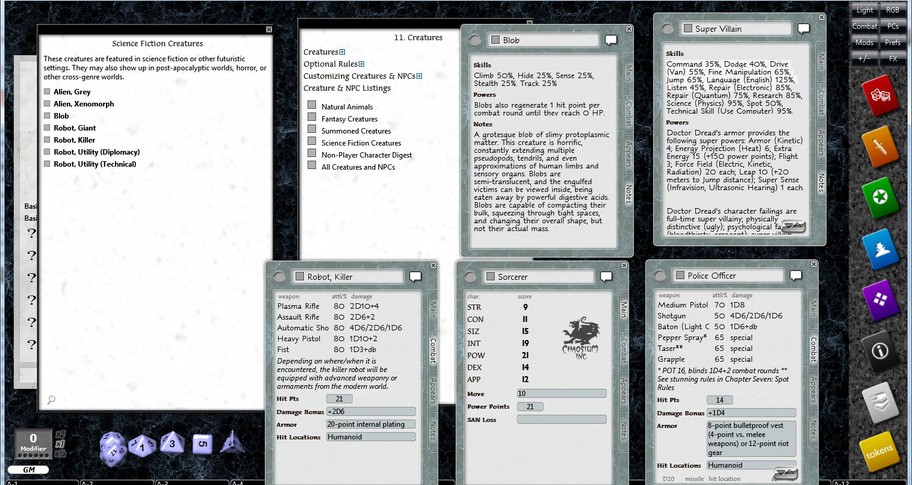 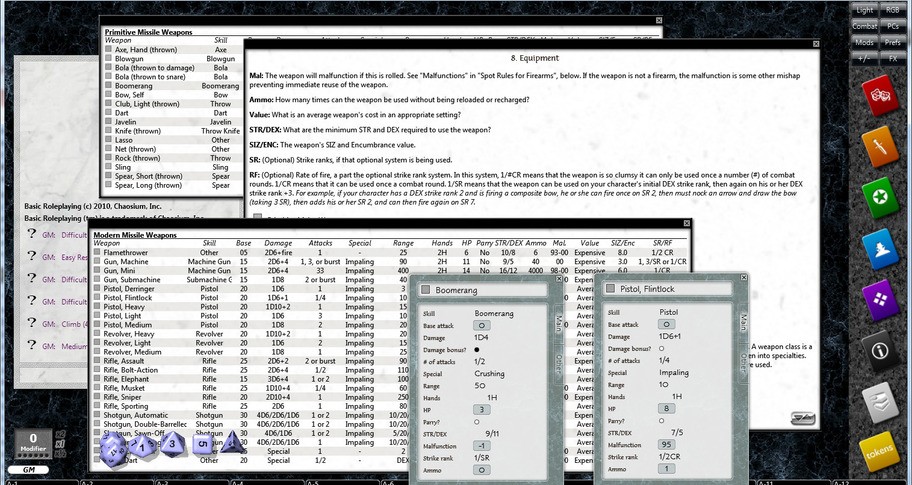 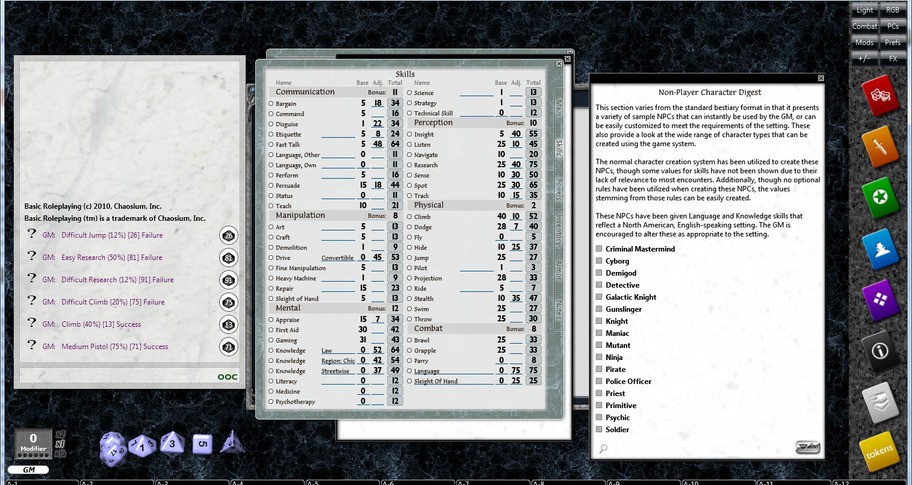 Welcome to Chaosium’s Basic Roleplaying system, a book that collects in one place rules and options for one of the original and most influential role playing game systems in the world.

This book comprises a roleplaying game system, a framework of rules aimed at allowing players to enact a sort of improvisational radio theater—only without microphones—and with dice determining whe ther the characters succeed or fail at what they attempt to do. In roleplaying games, one player takes on the role of the gamemaster (GM), while the other player(s) assume the roles of player characters (PCs) in the game. The gamemaster also acts out the roles of characters who aren’t being guided by players: these are called non-player characters (NPCs).

From its origin, Basic Roleplaying was designed to be intuitive and easy to play. Character attributes follow a 3D6 curve, and the other Basic Roleplaying mechanics are even simpler. Virtually all rolls determining success or failure of a task are determined via the roll of percentile dice. This means that there’s less fiddling with dice of different types, and the concept of a percentile chance of success is extremely easy for beginners and experienced players to grasp. There aren’t many easier ways to say a character has a 70% chance of succeeding at an activity.


Chaosium’s Basic Roleplaying system reconciles these different flavors of the system and brings many variant rules together between the covers of one book, something that has never been done before. Some of these rules are provided as optional extensions, some as alternate systems, and others have been integrated into the core system. By design, this work is not a reinvention of Basic Roleplaying nor a significant evolution of the system. It is instead a collected and complete version of it, without setting, provided as a guide to players and gamemasters everywhere and compatible with most Basic Roleplaying games. It also allows the gamemaster the ability to create his or her own game world (or worlds), to adapt others from fiction, films, or even translate settings from other roleplaying games into Basic Roleplaying.

GG.deals aggregates game keys from over 40 digital distribution stores so you can find the best deals on video games. All offers already include discounts from vouchers to save you time and money. Check the price history of the game to determine how good the deal is in relation to historical low offers. If the price is still too high, create a price alert and receive an email notification when Fantasy Grounds - Basic Roleplaying (BRP) Ruleset matches your budget!

We always try to make sure that price displayed in our comparison is assigned to the correct regions. However, some shops don’t share information regarding regional locks in their product feeds and that can lead to some very occasional mistakes. Before you buy Fantasy Grounds - Basic Roleplaying (BRP) Ruleset, please check the store page for any information about activation restrictions in your region. If you notice any product assigned to incorrect region on GG.deals, contact us and we will correct the listing as soon as possible.

If you’re short on money and want to get Fantasy Grounds - Basic Roleplaying (BRP) Ruleset for free, there are a couple of ways for you to try:

Even if Fantasy Grounds - Basic Roleplaying (BRP) Ruleset free download is not available, you can always save up and get the key at the lowest possible price using GG.deals comparison engine.