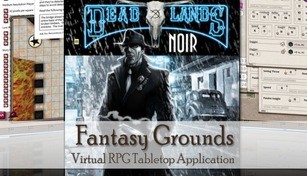 Compare prices with GG.deals to find the cheapest cd key for Fantasy Grounds - Deadlands Noir - Player's Guide PC. Head over to one of the trusted game stores from our price comparison and buy cd key at the best price. Use the indicated client to activate key and download and play your game. 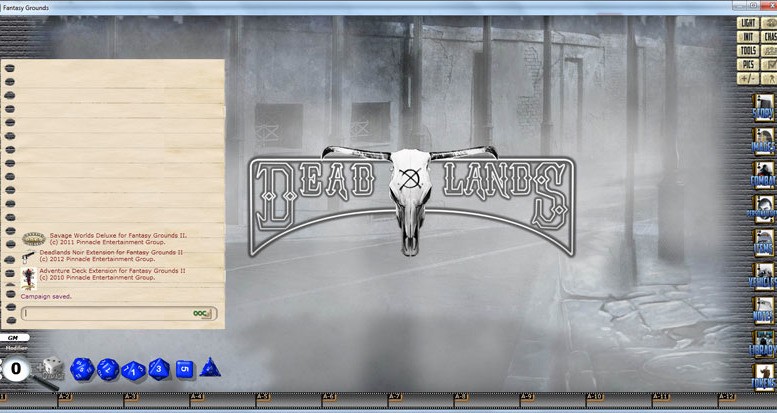 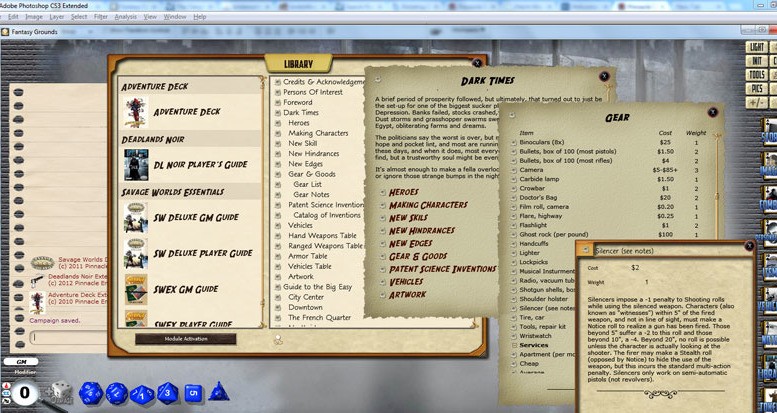 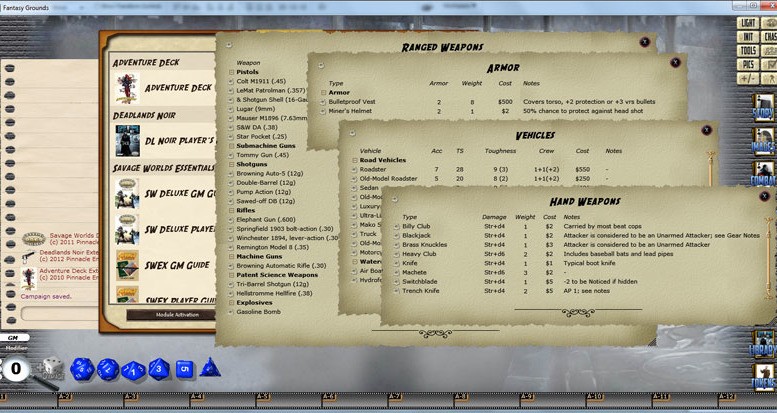 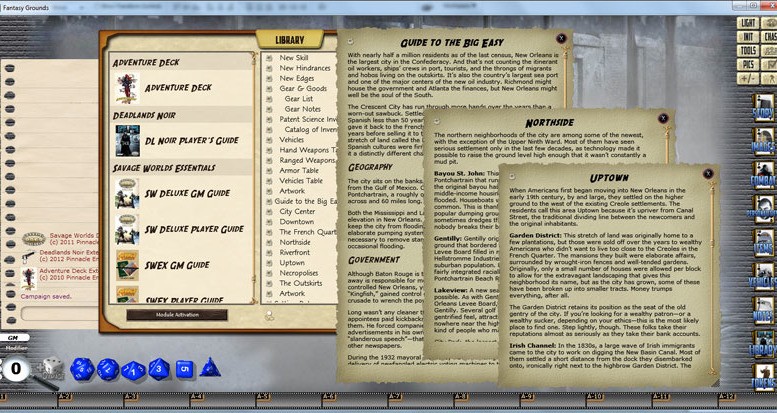 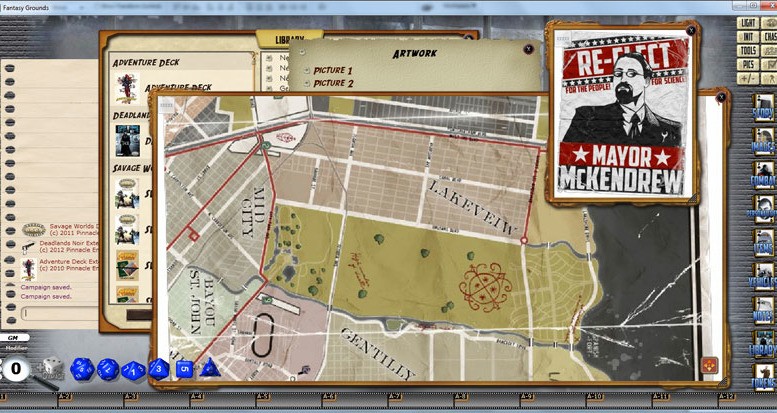 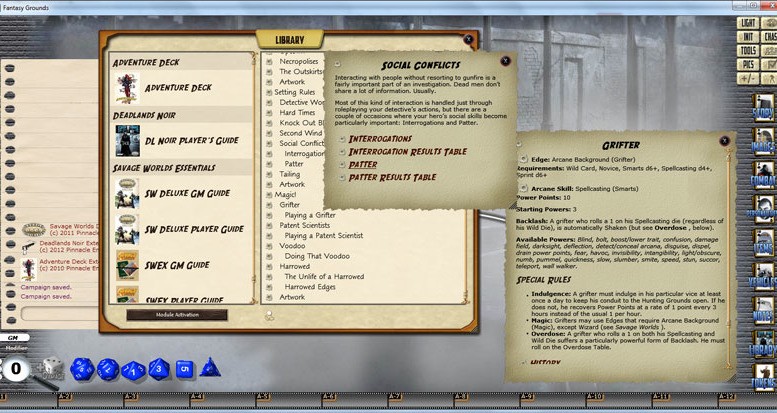 Player only library modules and Extension for Fantasy Grounds

Perfect for players who don't want to be tempted to spoil any of the secrets of New Orleans!

New Orleans, 1935. Whoever called this “the Big Easy” sure got that one wrong. Things are tough all over. Honest work is hard to find, and even dishonest jobs are getting scarce. The one thing that’s not in short supply is trouble. From shady thugs to crooked cops to Mafia soldiers, there’s plenty of characters out there looking to give an honest Joe a hard time.

And that’s not the worst of it.

There are stories going round about things that go bump in the night. Things you wouldn’t want to meet in a dark alley on a darker night. And those stories aren’t just coming from rummies or saps who read that Epitaph rag.

Still, there are a few heroes left in the concrete jungle. Steely-eyed private dicks, fast-talking grifters, wild-eyed inventors, and shadowy houngans still struggle against the encroaching darkness. With enough moxie—and more than a little luck—they might just be enough to turn the tide.

Deadlands Noir is a pen-and-paper roleplaying game set in the world of Pinnacle Entertainment’s award-winning Deadlands universe. It includes new Edges, Hindrances, and powers, as well as new rules for handling detective work, the state of the Union and the CSA in the Depression-era, a complete Plot Point campaign, and of course, more monsters and ghouls than you can shake a smoking .45 automatic at.


Requires: A Fantasy Grounds or ultimate license and the Savage Worlds Deluxe Ruleset.

GG.deals aggregates game keys from over 40 digital distribution stores so you can find the best deals on video games. All offers already include discounts from vouchers to save you time and money. Check the price history of the game to determine how good the deal is in relation to historical low offers. If the price is still too high, create a price alert and receive an email notification when Fantasy Grounds - Deadlands Noir - Player's Guide matches your budget!

We always try to make sure that price displayed in our comparison is assigned to the correct regions. However, some shops don’t share information regarding regional locks in their product feeds and that can lead to some very occasional mistakes. Before you buy Fantasy Grounds - Deadlands Noir - Player's Guide, please check the store page for any information about activation restrictions in your region. If you notice any product assigned to incorrect region on GG.deals, contact us and we will correct the listing as soon as possible.

If you’re short on money and want to get Fantasy Grounds - Deadlands Noir - Player's Guide for free, there are a couple of ways for you to try:

Even if Fantasy Grounds - Deadlands Noir - Player's Guide free download is not available, you can always save up and get the key at the lowest possible price using GG.deals comparison engine.