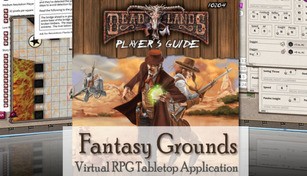 Compare prices with GG.deals to find the cheapest cd key for Fantasy Grounds - Deadlands Reloaded: Player's Handbook PC. Head over to one of the trusted game stores from our price comparison and buy cd key at the best price. Use the indicated client to activate key and download and play your game. 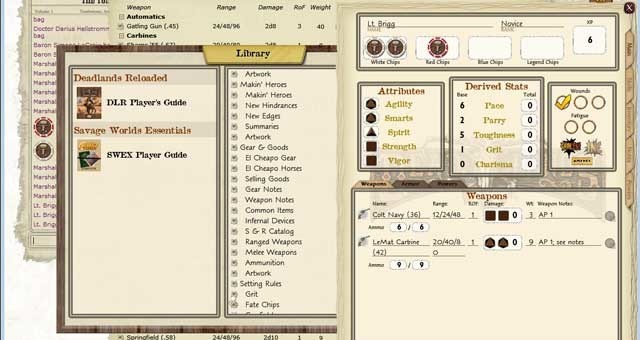 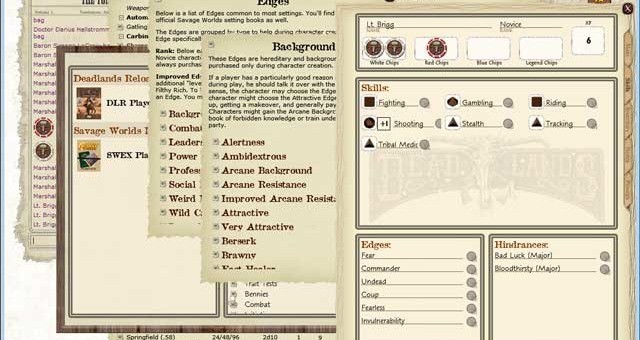 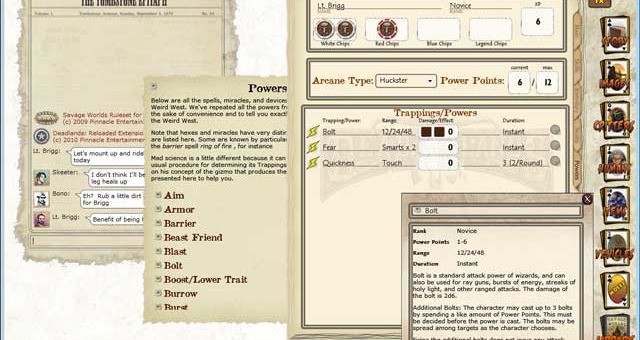 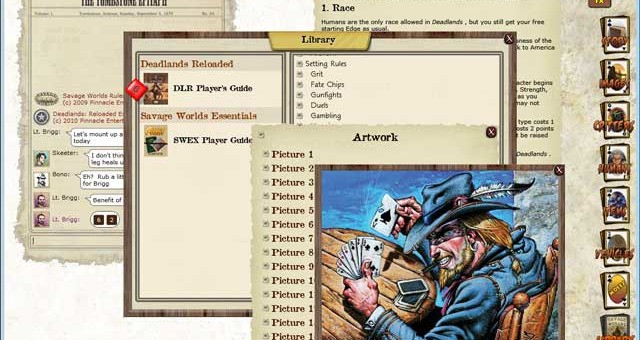 Strap on your six-gun and saddle up, partner. There's Hell to pay and the currency is hot lead!

The year is 1879, but the history is not our own. The guns of the Civil War are silent in a tense cease-fire. California is shattered by the Great Quake Quake of '68, a superfuel called ghost rock revealed in the new channels and cliff faces. Powerful Rail Barons strive to complete a transcontinental railroad, and the Great Rail Wars exact a bloody toll in the Union, the Confederacy, the Sioux Nation, the Mormon state of Deseret, and the Independent Commonwealth of California.

The Tombstone Epitaph has always been filled with lurid tales of daring desperadoes and deadly drifters, but lately the West's most-read tabloid claims there's something more sinister stalking the fronteir's lonely plains: monsters! Fortunately, where there are monsters, there are heroes. Squinte-eyed gunfighters, card-chucking hexsligners, savage braves, and righteous padres have all answered the call. And if they fight hard enough, they might just discover the identity of the mysterious Reckoners some say are behind it all.

The Player's Guide is the core rules book for player of Deadlands Reloaded. It includes new rules for shootouts at high noon, new Edges, Hindrances, and powers, and everything thing a cowpoke needs to begin his journey into the Weird West.

The Deadlands Reloaded Player's Guide is not a complete game. The gamemaster will also need the Savage Worlds ruleset and the Deadlands Reloaded Marshal's Handbook module. For offline viewing, you will need the Savage Worlds ruleset and a Full or Ultimate license of Fantasy Grounds. When connected to a hosting gamemaster, you will be able to peruse your local copy without downloading anything from the host or requiring permission from the host.


Requires: A Fantasy Grounds full or ultimate license and the Savage Worlds v3 Ruleset for off-line viewing. A Lite license for viewing when connected to a host.

GG.deals aggregates game keys from over 40 digital distribution stores so you can find the best deals on video games. All offers already include discounts from vouchers to save you time and money. Check the price history of the game to determine how good the deal is in relation to historical low offers. If the price is still too high, create a price alert and receive an email notification when Fantasy Grounds - Deadlands Reloaded: Player's Handbook matches your budget!

We always try to make sure that price displayed in our comparison is assigned to the correct regions. However, some shops don’t share information regarding regional locks in their product feeds and that can lead to some very occasional mistakes. Before you buy Fantasy Grounds - Deadlands Reloaded: Player's Handbook, please check the store page for any information about activation restrictions in your region. If you notice any product assigned to incorrect region on GG.deals, contact us and we will correct the listing as soon as possible.

If you’re short on money and want to get Fantasy Grounds - Deadlands Reloaded: Player's Handbook for free, there are a couple of ways for you to try:

Even if Fantasy Grounds - Deadlands Reloaded: Player's Handbook free download is not available, you can always save up and get the key at the lowest possible price using GG.deals comparison engine.