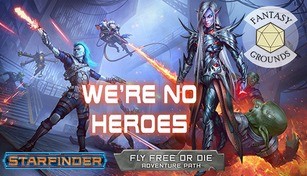 Compare prices with GG.deals to find the cheapest cd key for Fantasy Grounds - Starfinder RPG - Starfinder Adventure Path #34: We're No Heroes (Fly Free or Die 1 of 6) PC. Head over to one of the trusted game stores from our price comparison and buy cd key at the lowest price. Use the indicated client to activate key and download and play your game. 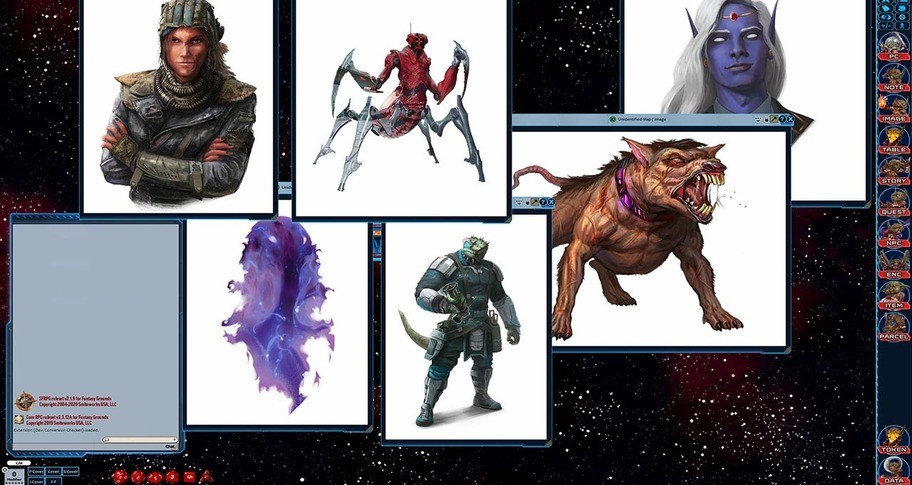 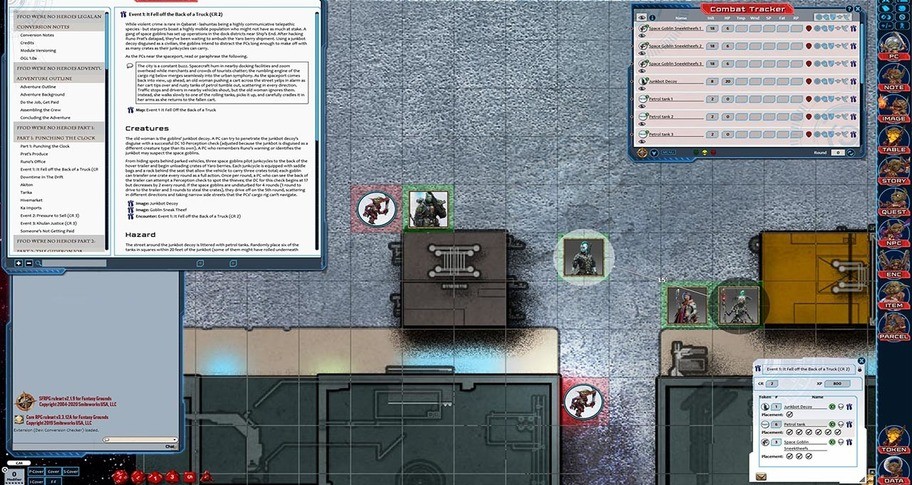 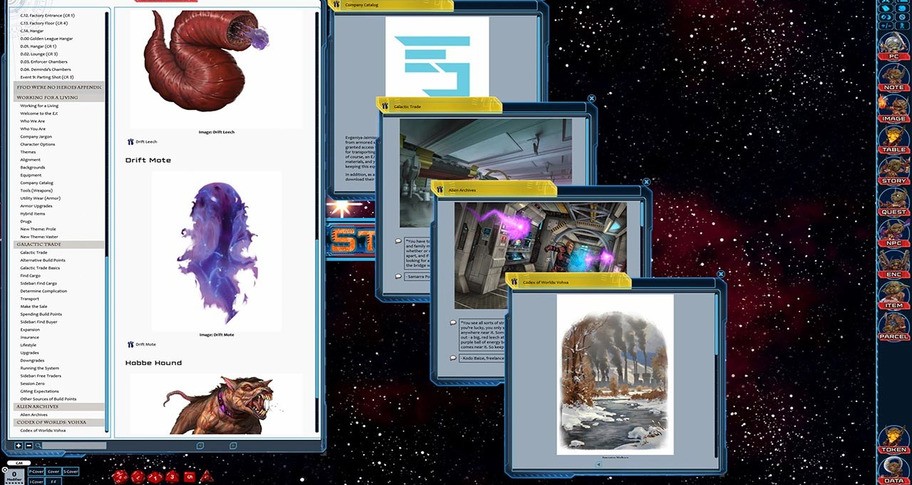 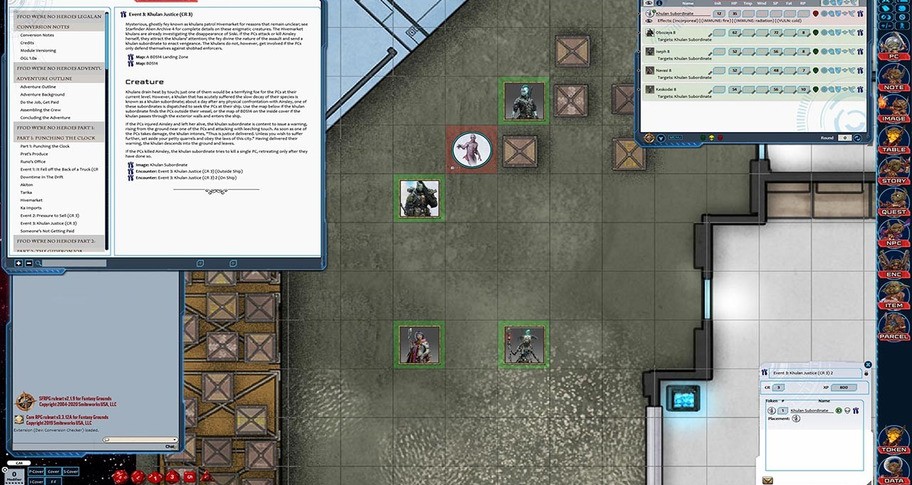 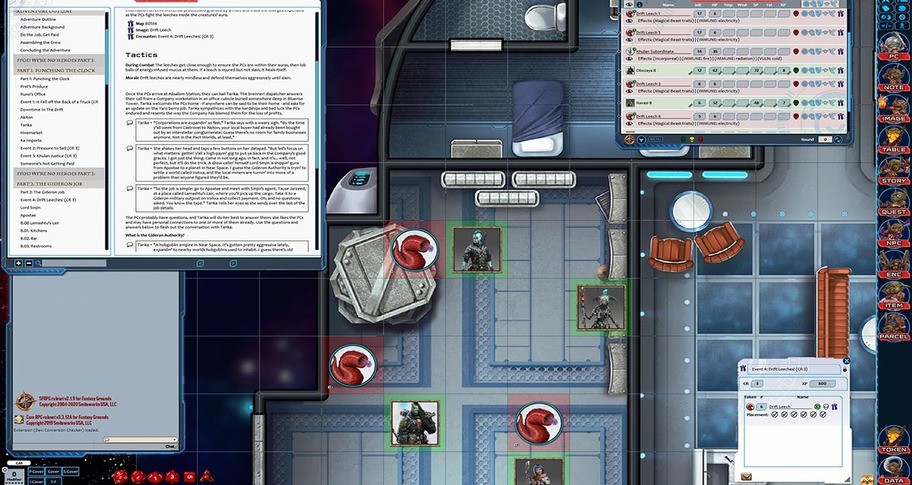 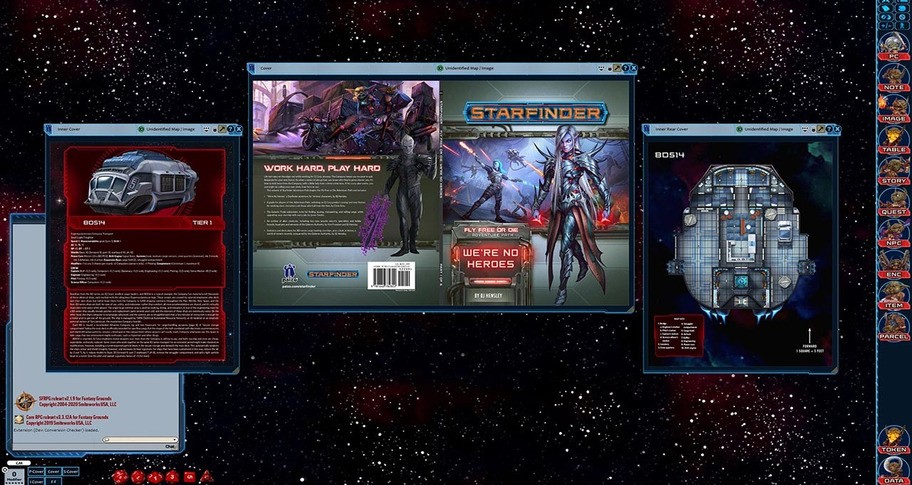 In this thrilling kick-off to the new Fly Free or Die Starfinder Adventure Path, a crew of scoundrels, rogues, and misfits finds it hard to survive in a galaxy where everyone has a price. Targeted by a crime boss and his army of enforcers, preyed upon by faceless mega-corporations, and hounded by rivals, the crew of the Free Trader Oliphaunt line up the big score that will at last make them rich beyond their wildest dreams. But when their many enemies join forces and the crew loses it all, they find out there's two things in the galaxy that can't be bought: freedom... and revenge.
It's just another day punching the clock when the player characters, a blue-collar transport crew, are blamed for a bad cargo and stiffed of their bonuses. They take a dangerous job smuggling weapons to a world conquered by militant hobgoblins, but one fiasco later, they're in debt to a crime boss and about to be fired. Their only chance is to steal the Oliphaunt , an experimental cargo hauler with a magical secret, and then survive long enough to collect the payoff!
"We're No Heroes" is a Starfinder Roleplaying Game adventure for four 1st-level characters. It makes an excellent introduction to the game for new players. The adventure begins the Fly Free or Die Adventure Path, a six-part, monthly campaign in which a merchant crew with an experimental starship tries to get rich, escape interplanetary assassins, and outwit their rivals. This volume also includes rules for finding, buying, and selling interstellar cargo (and using the profits to enhance your starship), a collection of deadly threats, and a player's guide that provides advice and new character creation options ideal for this Adventure Path.
This product is not a PDF or accessible outside of Fantasy Grounds. It has been lovingly converted for use within Fantasy Grounds and features the following additions:
Adapted for Fantasy Grounds by: Christopher Ward

GG.deals aggregates game keys from over 40 digital distribution stores so you can find the best deals on video games. All offers already include discounts from vouchers to save you time and money. Check the price history of the game to determine how good the deal is in relation to historical low offers. If the price is still too high, create a price alert and receive an email notification when Fantasy Grounds - Starfinder RPG - Starfinder Adventure Path #34: We're No Heroes (Fly Free or Die 1 of 6) matches your budget!

We always try to make sure that price displayed in our comparison is assigned to the correct regions. However, some shops don’t share information regarding regional locks in their product feeds and that can lead to some very occasional mistakes. Before you buy Fantasy Grounds - Starfinder RPG - Starfinder Adventure Path #34: We're No Heroes (Fly Free or Die 1 of 6), please check the store page for any information about activation restrictions in your region. If you notice any product assigned to incorrect region on GG.deals, contact us and we will correct the listing as soon as possible.

Will I be able to download Fantasy Grounds - Starfinder RPG - Starfinder Adventure Path #34: We're No Heroes (Fly Free or Die 1 of 6) game immediately?

If you’re short on money and want to get Fantasy Grounds - Starfinder RPG - Starfinder Adventure Path #34: We're No Heroes (Fly Free or Die 1 of 6) for free, there are a couple of ways for you to try:

Even if Fantasy Grounds - Starfinder RPG - Starfinder Adventure Path #34: We're No Heroes (Fly Free or Die 1 of 6) free download is not available, you can always save up and get the key at the lowest possible price using GG.deals comparison engine.