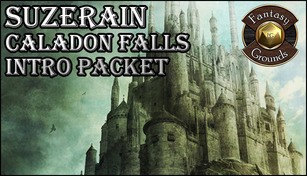 Compare prices with GG.deals to find the cheapest cd key for Fantasy Grounds - Suzerain: Caladon Falls Intro Pack (Savage Worlds) PC. Head over to one of the trusted game stores from our price comparison and buy cd key at the best price. Use the indicated client to activate key and download and play your game. 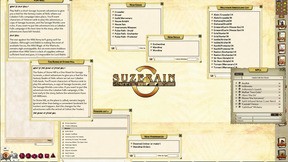 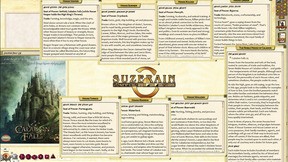 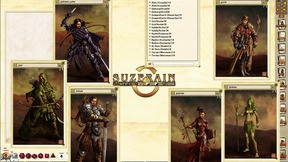 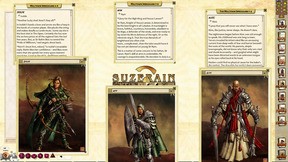 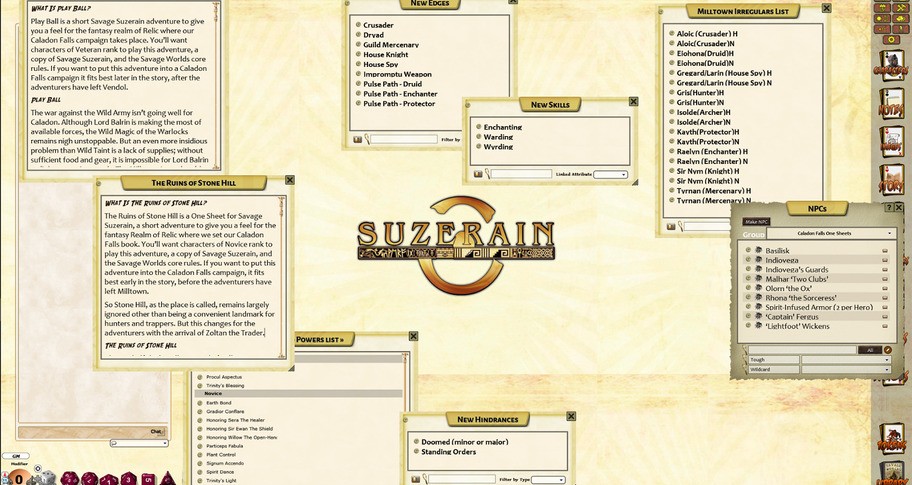 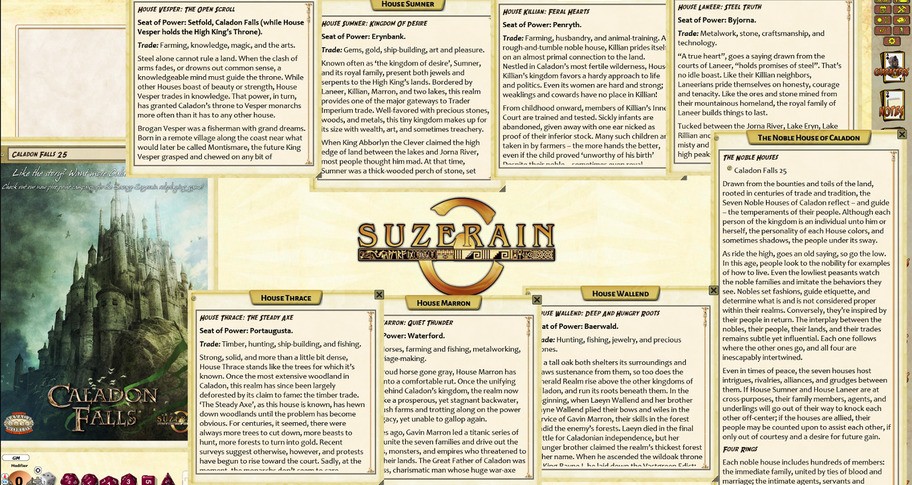 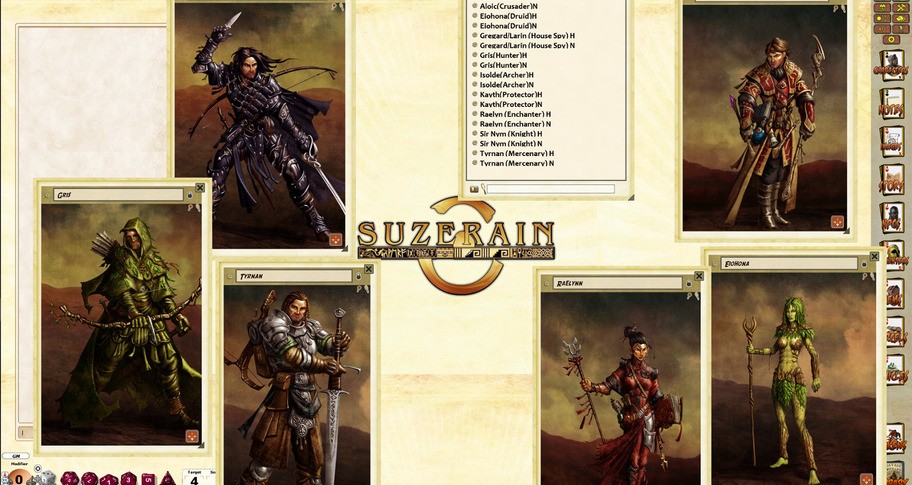 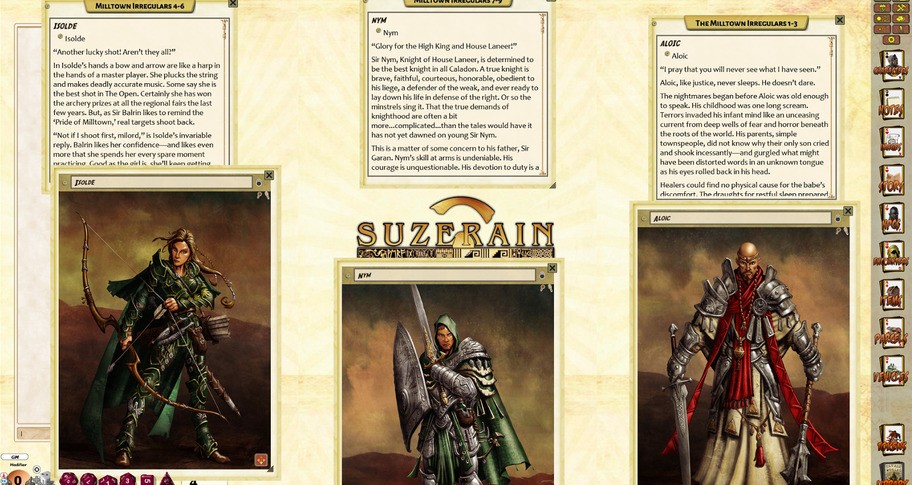 You can get this product for free by downloading this file and placing it in your modules folder for Fantasy Grounds.

This product includes the following:

The Milltown Irregulars a ragtag bunch of pregenerated characters designed for Caladon Falls. There is a wide selection of characters to fit almost any player.

The characters are Aloic the Crusader, Eiohna the Druid Dryad, Gris the Hunter, Isolde the Archer, Kayth the Protector, Larin the House Spy, Sir Nym the House Knight, Raelyn the Enchanter, and Tyrnan the Mercenary.

Product Contains: 9 characters with complete background descriptions, artwork, and stats for Novice and Heroic versions of the characters. This product is best used with a copy of Savage Suzerain and Caladon Falls.

Drawn from the bounties and toils of the land, rooted in centuries of trade and tradition, the Seven Noble Houses of Caladon reflect – and guide – the temperaments of their people. Although each person of the kingdom is an individual unto him or herself, the personality of each House colors, and sometimes shadows, the people under its sway.

The Noble Houses Of Caladon details the court politics and all four court levels for all of the noble houses.

Play Ball is a Veteran rank adventure for Savage World and Savage Suzerain set in the Realm of Relic, which is where Caladon Falls is set.

About a half-day’s walk seaward of Milltown – just beyond the farms and fields – lies a series of low hills, the tallest of which is topped with an oddly-shaped stone outcrop. Although the locals are all pretty sure it marks the site of some First Age ruins, most of them don’t concern themselves about it. Farmers view the ruins as too dangerous, and the few adventurers who have gone there to look around either found nothing but rocks and brush, or simply never returned.

The Ruins of Stone Hill is a fantasy one sheet designed for the Realm of Relic where Caladon Falls is set. It is a Novice Rank adventure for Savage Worlds.

A copy of Savage Suzerain is required to use this product.

Age Ratings for this DLC are unavailable.

GG.deals aggregates game keys from over 40 digital distribution stores so you can find the best deals on video games. All offers already include discounts from vouchers to save you time and money. Check the price history of the game to determine how good the deal is in relation to historical low offers. If the price is still too high, create a price alert and receive an email notification when Fantasy Grounds - Suzerain: Caladon Falls Intro Pack (Savage Worlds) matches your budget!

We always try to make sure that price displayed in our comparison is assigned to the correct regions. However, some shops don’t share information regarding regional locks in their product feeds and that can lead to some very occasional mistakes. Before you buy Fantasy Grounds - Suzerain: Caladon Falls Intro Pack (Savage Worlds), please check the store page for any information about activation restrictions in your region. If you notice any product assigned to incorrect region on GG.deals, contact us and we will correct the listing as soon as possible.

If you’re short on money and want to get Fantasy Grounds - Suzerain: Caladon Falls Intro Pack (Savage Worlds) for free, there are a couple of ways for you to try:

Even if Fantasy Grounds - Suzerain: Caladon Falls Intro Pack (Savage Worlds) free download is not available, you can always save up and get the key at the lowest possible price using GG.deals comparison engine.