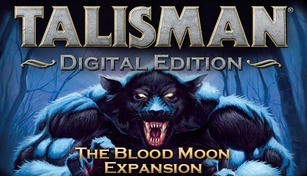 Compare prices with GG.deals to find the cheapest cd key for Talisman - The Blood Moon Expansion PC. Head over to one of the trusted game stores from our price comparison and buy cd key at the best price. Use the indicated client to activate key and download and play your game. 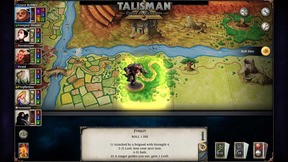 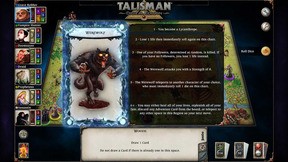 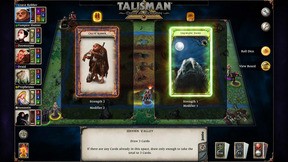 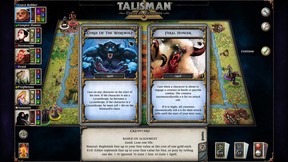 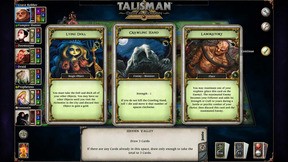 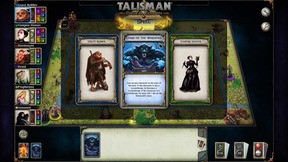 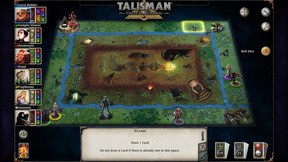 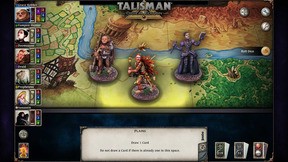 About Talisman - The Blood Moon Expansion 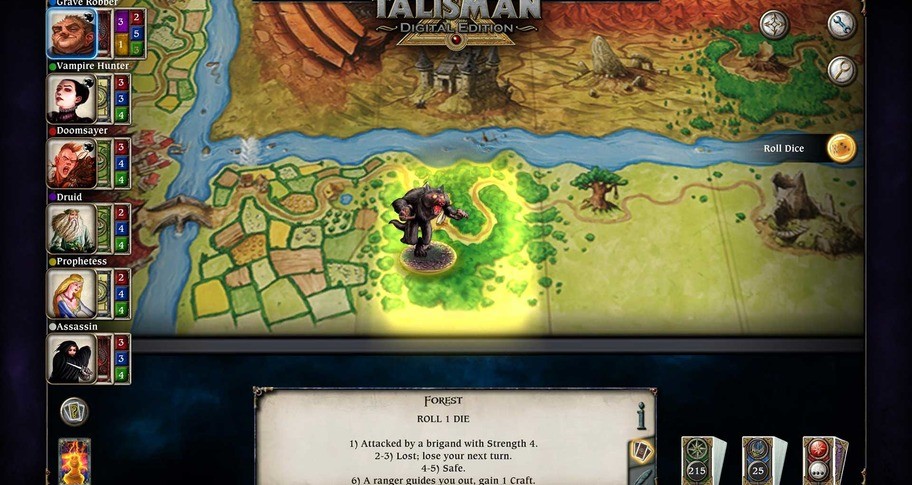 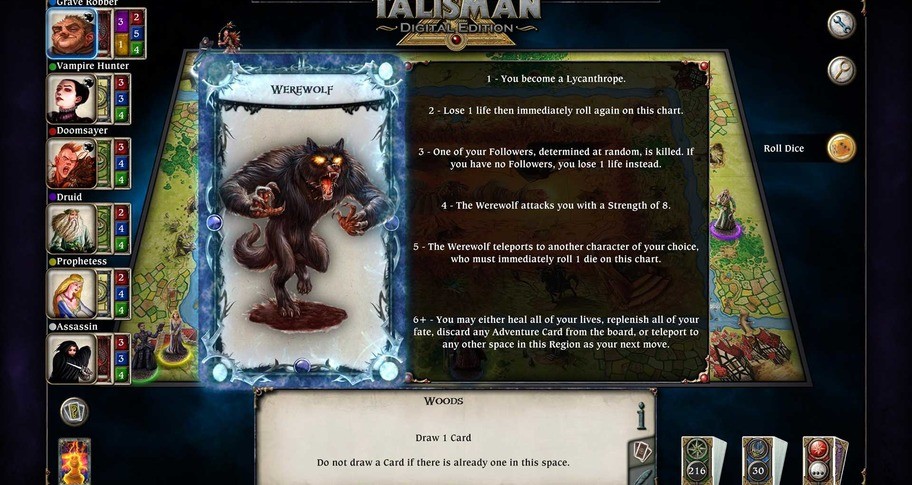 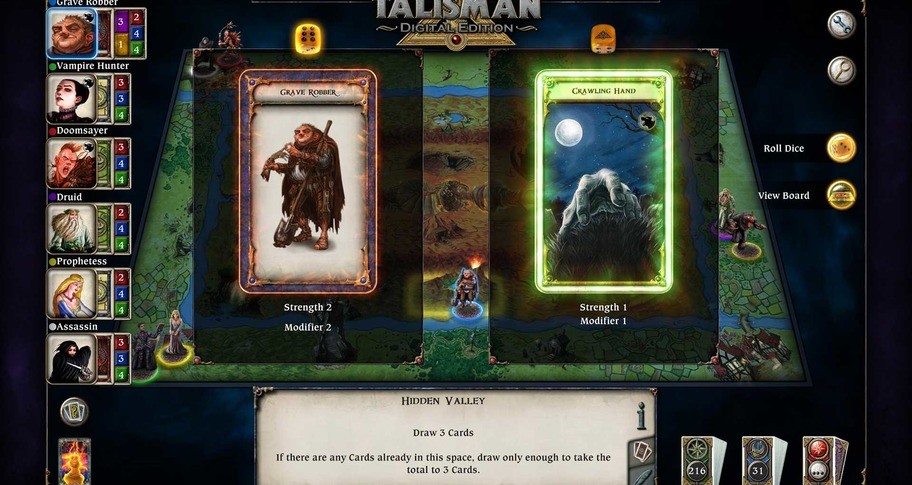 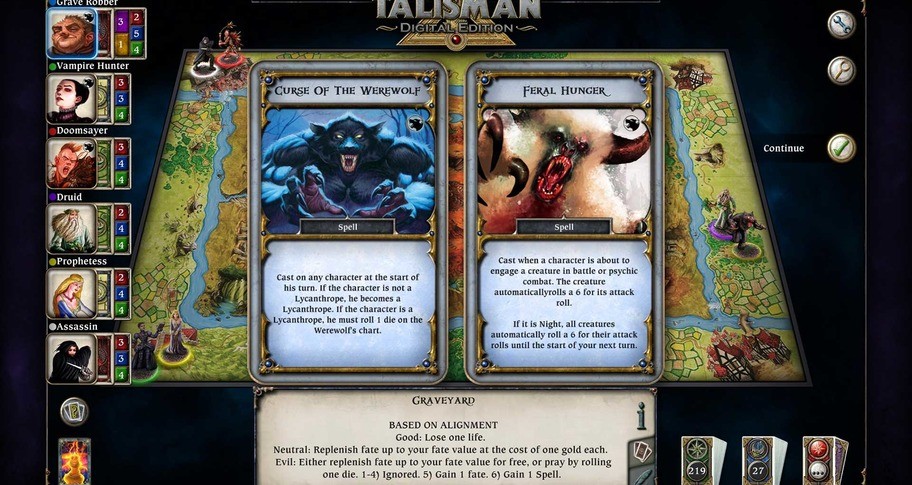 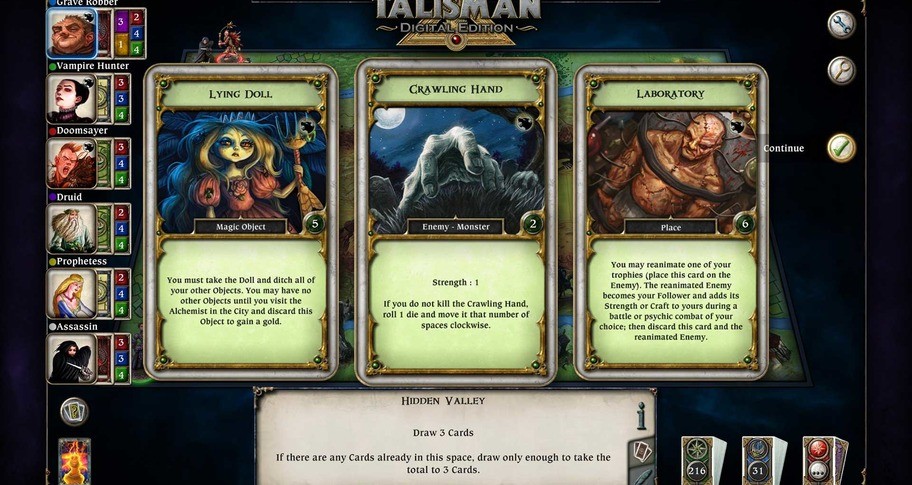 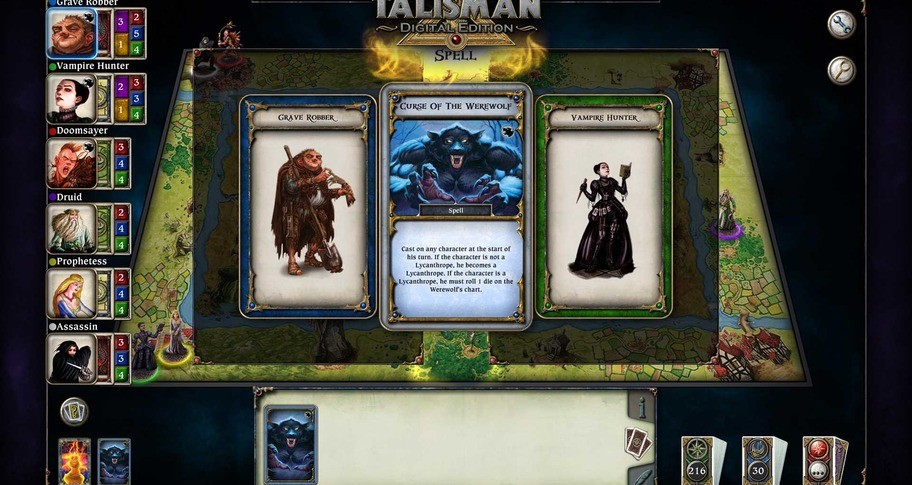 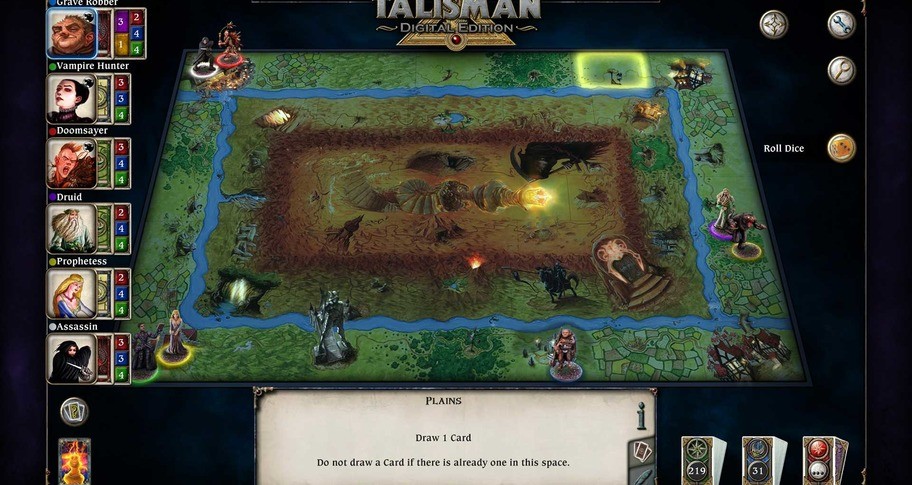 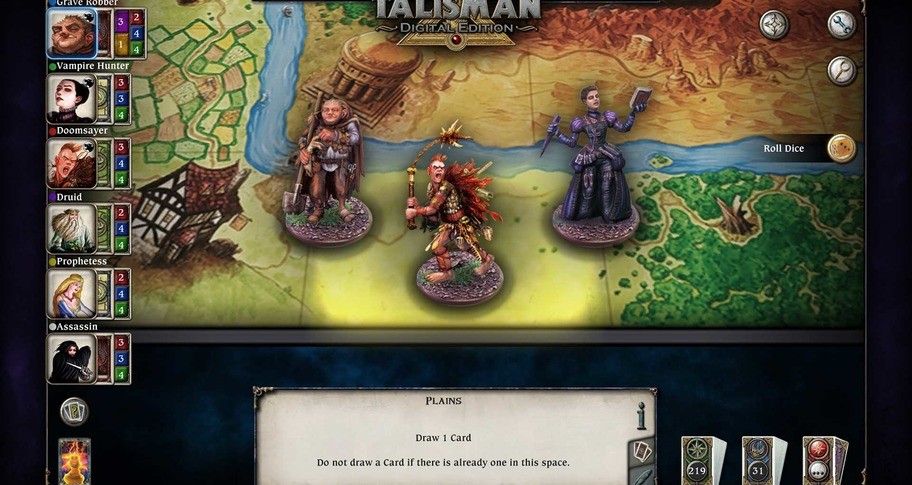 “A pale glow engulfs the land… Once in a generation, the Blood Moon begins its fell cycle, bathing the realm in a pallid light. Compelled by its sinister presence, the restless dead rise from their graves, vampires hunt for unwary prey, and witches engage in nocturnal rituals. Worse yet, the horrifying Werewolf prowls the night, seeking heroes with whom to share his curse.”

The land of Talisman has a new creature prowling its lands. The Blood Moon introduces the Werewolf, a feral creature and a new NPC into the game. As you venture through the land, try to make sure you’re not in reach of the Werewolf as the consequences of him landing on you could be fatal, unless you plan on becoming a lycanthrope yourself!

The Werewolf can smell the blood of an Enemy up to 6 spaces away and continues to prowl the land of Talisman for the entirety of a game. Anytime you roll a 1 you’ll have to roll for the Werewolf’s movement too. If the Werewolf lands on a space with a Character, the player has to roll a die against the Werewolf’s chart to determine their fate.

Being a werewolf isn’t the end of the world… If you become a lycanthrope, you’ll find yourself with some great advantages, but also with some disadvantages.

During the night you’ll discover your strength as a Werewolf allows you to add 2 to your attack score, you must attack another player if you land on their space, and if they lose against you they have to roll against the Werewolf chart!

However, during the day you must deduct 2 from your attack score, so best to avoid other characters or you may be left with your tail between your legs!

Time in Talisman moves slowly. The world as we’ve known it so far has not shown us the risks nightfall brings. During the night phase of the game, creatures receive bonuses to their attack scores, so drawing an Adventure Card might be a bigger risk than you’re used too. However, during the day creatures receive a penalty and have a reduced attack score. Some Adventure and Spell Cards also have different effects depending on whether it’s Day or Night.

The end is nigh. Now that Werewolves are roaming the lands it won’t be long until we’re all cursed and there’s no one left to save us. The Doomsayer is prepared though. When playing as the Doomsayer:

Desperate times call for desperate measures, and with a Werewolf lurking around? You need to get your hands on anything you can to be in with a fighting chance! When playing as the Grave Robber:

The sightings of a Werewolf mean that a Vampire can’t be too far behind. The Vampire Hunter needs to investigate the situation and gain as many resources as she can. When playing as the Vampire Hunter:

The Blood Moon Werewolf sits on the Crown of Command.

If you are a lycanthrope, at the start of your turns you must choose one character in any Region and attack them. Your character remains on the Crown of Command. If you defeat the character, he is killed. If the character defeats you, they claim a reward as normal. If all other characters are killed you win the game.


“Can you survive until daybreak?” 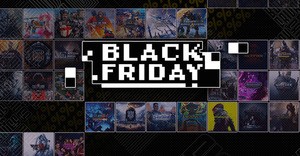 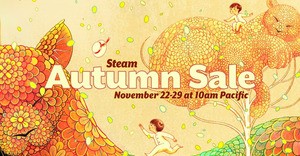 Talisman - The Blood Moon Expansion sale & discount - all in one place!

GG.deals aggregates game keys from over 40 digital distribution stores so you can find the best deals on video games. All offers already include discounts from vouchers to save you time and money. Check the price history of the game to determine how good the deal is in relation to historical low offers. If the price is still too high, create a price alert and receive an email notification when Talisman - The Blood Moon Expansion matches your budget!

Does Talisman - The Blood Moon Expansion cd key activate in my region?

We always try to make sure that price displayed in our comparison is assigned to the correct regions. However, some shops don’t share information regarding regional locks in their product feeds and that can lead to some very occasional mistakes. Before you buy Talisman - The Blood Moon Expansion, please check the store page for any information about activation restrictions in your region. If you notice any product assigned to incorrect region on GG.deals, contact us and we will correct the listing as soon as possible.

Will I be able to download Talisman - The Blood Moon Expansion game immediately?

If you’re short on money and want to get Talisman - The Blood Moon Expansion for free, there are a couple of ways for you to try:

Even if Talisman - The Blood Moon Expansion free download is not available, you can always save up and get the key at the lowest possible price using GG.deals comparison engine.

Which Talisman - The Blood Moon Expansion shop to choose? What’s the difference between official stores and keyshops?