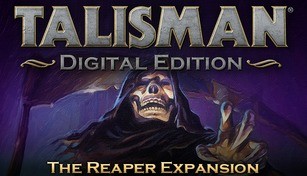 Compare prices with GG.deals to find the cheapest cd key for Talisman - The Reaper Expansion PC. Head over to one of the trusted game stores from our price comparison and buy cd key at the best price. Use the indicated client to activate key and download and play your game. 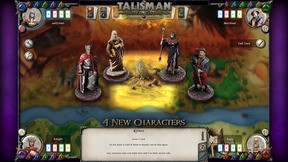 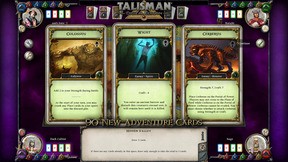 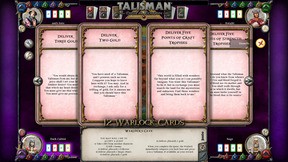 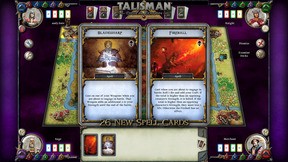 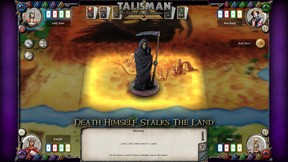 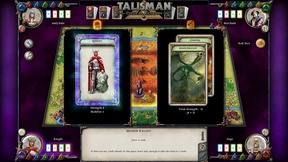 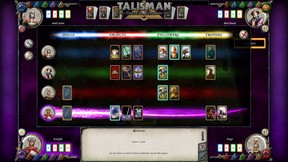 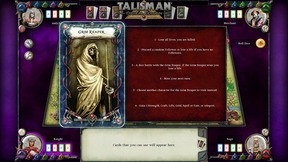 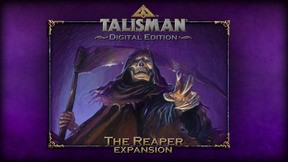 About Talisman - The Reaper Expansion 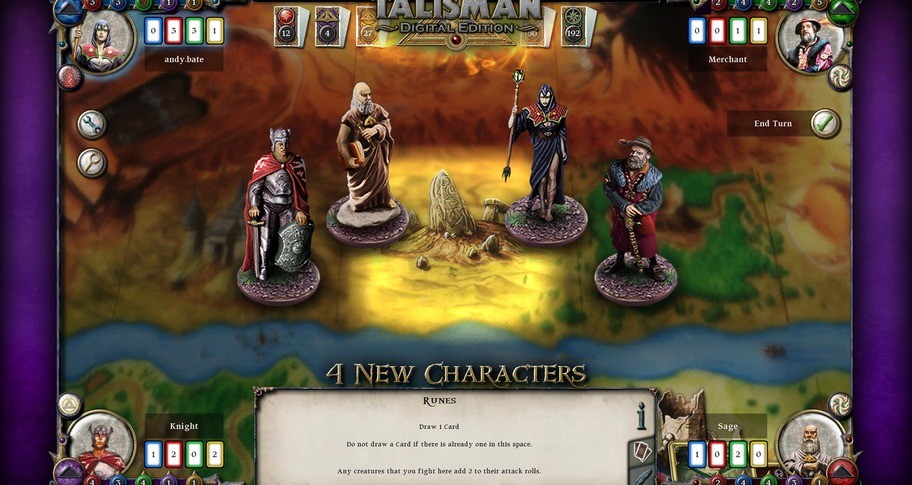 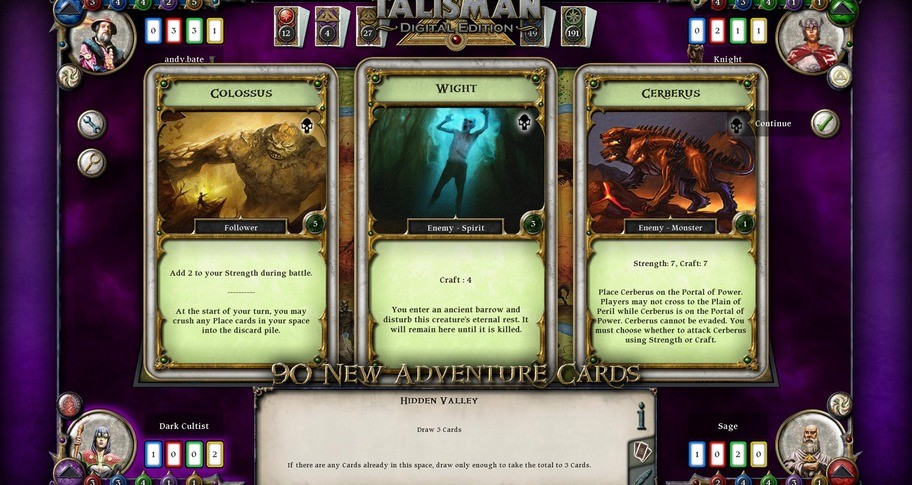 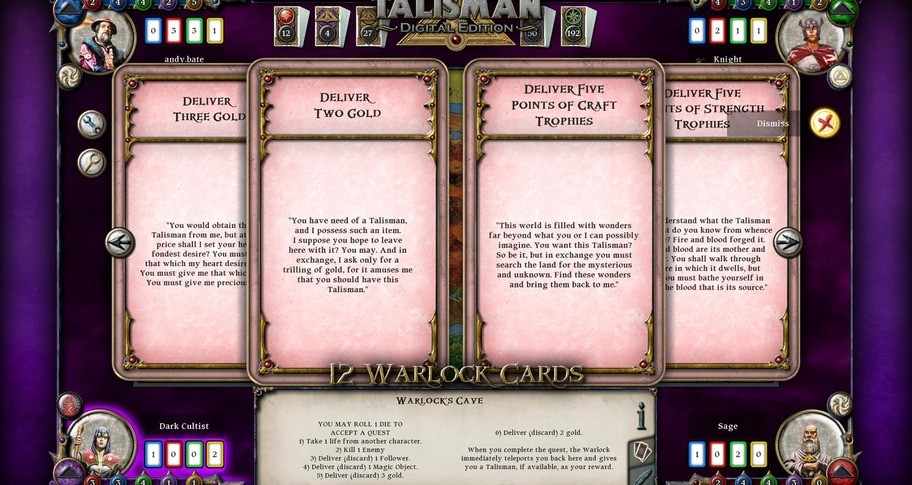 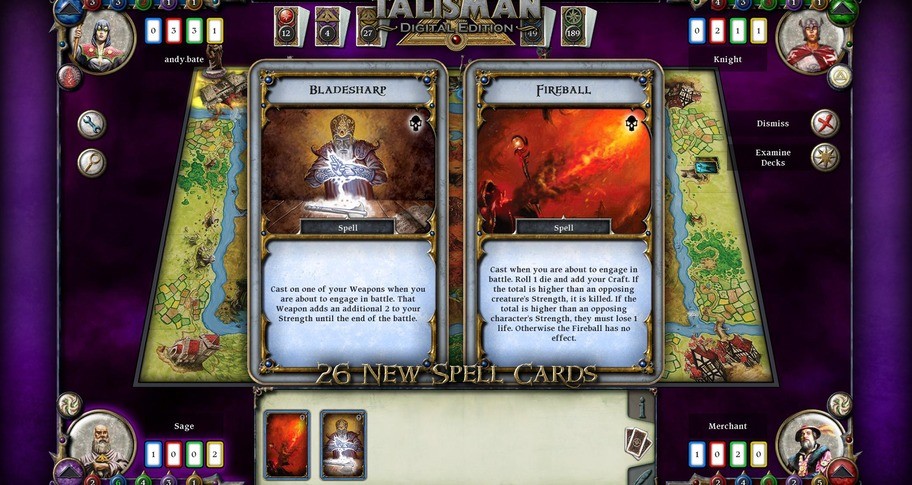 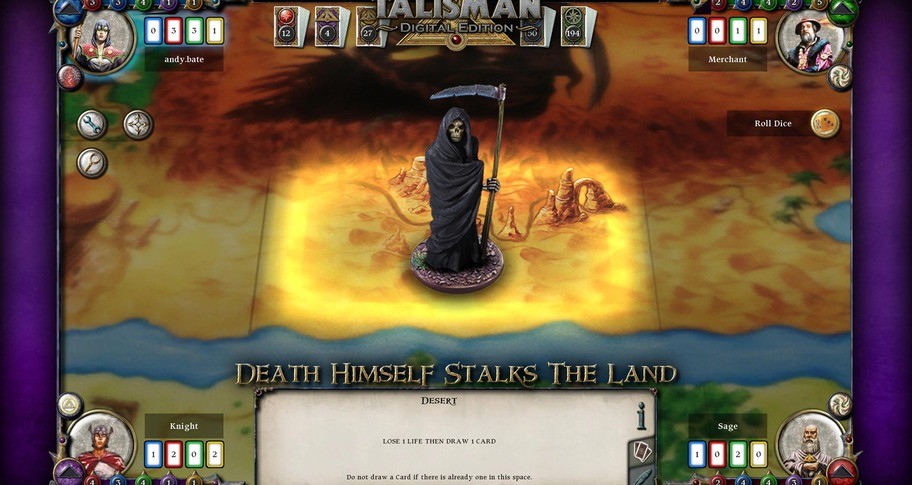 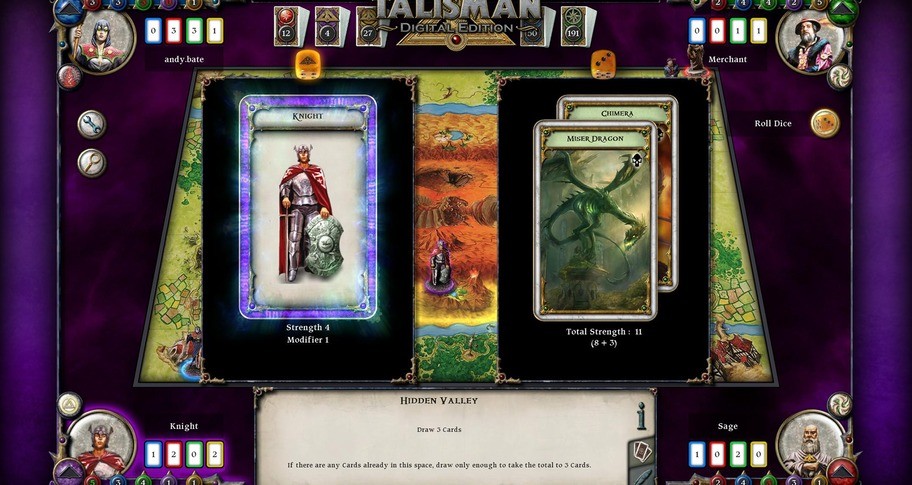 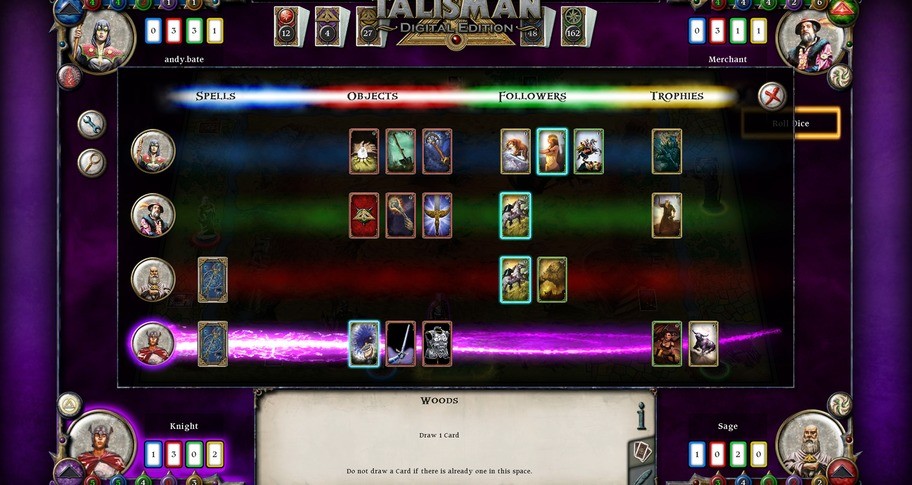 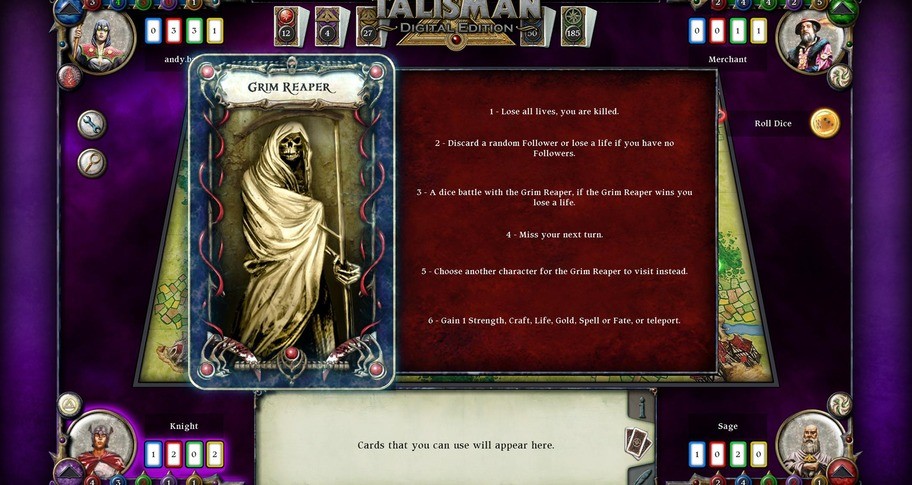 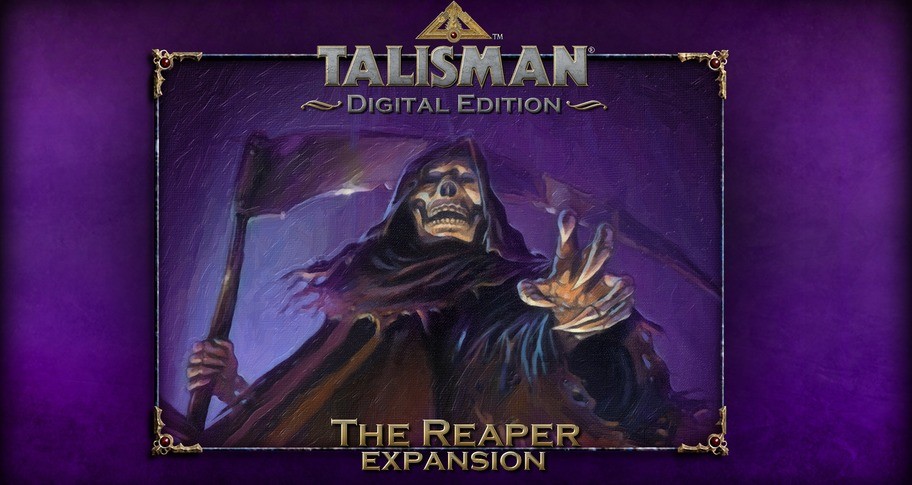 “Will You Look Death in the Eye? An unearthly chill creeps through the air. The Wizard stops reading his ancient tome and gazes cautiously over his shoulder. The Warrior feels an unfamiliar fear as he draws his mighty sword. A shadow has fallen across the countryside. Death himself wanders the land. Can the heroes fulfil their epic quests with the spectre of the Grim Reaper hounding their every move?”

The Reaper introduces a brand new mechanic to the game where you’ll find a new NPC wandering across the land. The Grim Reaper moves around the board in the same way players do, however he can only move when a player rolls a 1 for their movement. At the end of the player’s turn, they then roll for the Grim Reaper’s movement.

Players should look to send the Grim Reaper after other players as when he lands on them they must roll 1 die against the Grim Reaper’s roll chart. If you’re paid a visit from the Grim Reaper you could lose all your lives and be killed! Will you make it to the Crown of Command alive?

Devoted to the Forces of Darkness, the Dark Cultist never strays from her duties. Focused on reaching the Crown of Command and destroying anything in her way, she’s a force to be reckoned with. When playing as the Dark Cultist:

In these dark times, the world needs a noble hero! The Knight sets out on an adventure to defeat the evil stalking the lands of Talisman. When playing as the Knight:

With darkness creeping across the land, it’s even more vital to be well equipped. The Merchant finds himself able to avoid confrontation with some of the more intimidating Enemies and can haggle and trade with others to help him fight his way through the land. When playing as the Merchant:

Through his great wisdom and knowledge, the Sage is always prepared for what may happen next, keeping him one step ahead of the Grim Reaper. When playing as the Sage:

Once you’ve reached the Crown of Command and no other characters are present, you must send the Grim Reaper to visit any character in any region. Be wary of not getting to the Crown first as the Grim Reaper is stronger than once was thought. Players must subtract 1 (to a minimum of 1) off their role when battling against the Grim Reaper.


“The race to the Crown of Command has never been deadlier!” 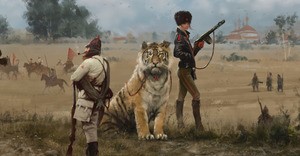 GOG.com Weekly Sale - Save up to 90% on board game adaptations and co-op games

Talisman - The Reaper Expansion sale & discount - all in one place!

GG.deals aggregates game keys from over 40 digital distribution stores so you can find the best deals on video games. All offers already include discounts from vouchers to save you time and money. Check the price history of the game to determine how good the deal is in relation to historical low offers. If the price is still too high, create a price alert and receive an email notification when Talisman - The Reaper Expansion matches your budget!

Does Talisman - The Reaper Expansion cd key activate in my region?

We always try to make sure that price displayed in our comparison is assigned to the correct regions. However, some shops don’t share information regarding regional locks in their product feeds and that can lead to some very occasional mistakes. Before you buy Talisman - The Reaper Expansion, please check the store page for any information about activation restrictions in your region. If you notice any product assigned to incorrect region on GG.deals, contact us and we will correct the listing as soon as possible.

Will I be able to download Talisman - The Reaper Expansion game immediately?

If you’re short on money and want to get Talisman - The Reaper Expansion for free, there are a couple of ways for you to try:

Even if Talisman - The Reaper Expansion free download is not available, you can always save up and get the key at the lowest possible price using GG.deals comparison engine.

Which Talisman - The Reaper Expansion shop to choose? What’s the difference between official stores and keyshops?