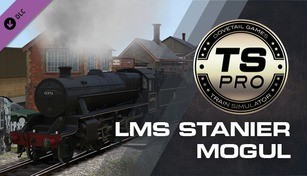 Compare prices with GG.deals to find the cheapest cd key for Train Simulator: LMS Stanier Mogul Steam Loco Add-On PC. Head over to one of the trusted game stores from our price comparison and buy cd key at the lowest price. Use the indicated client to activate key and download and play your game. 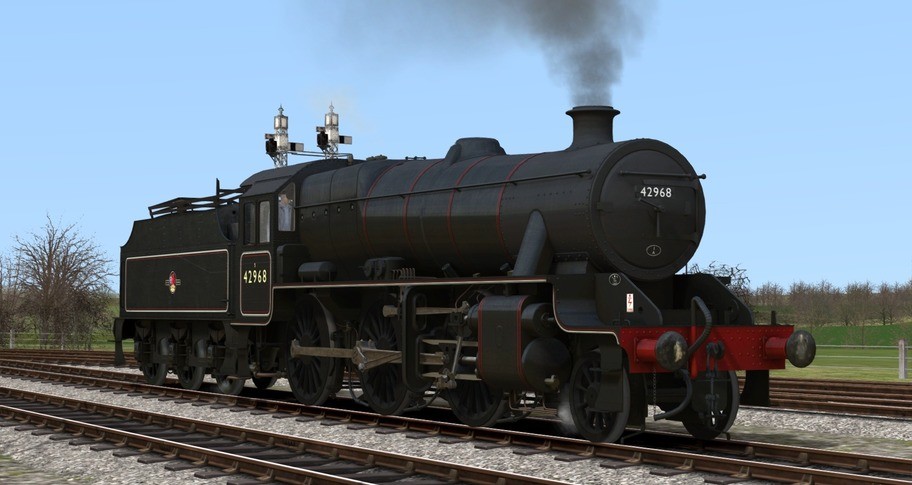 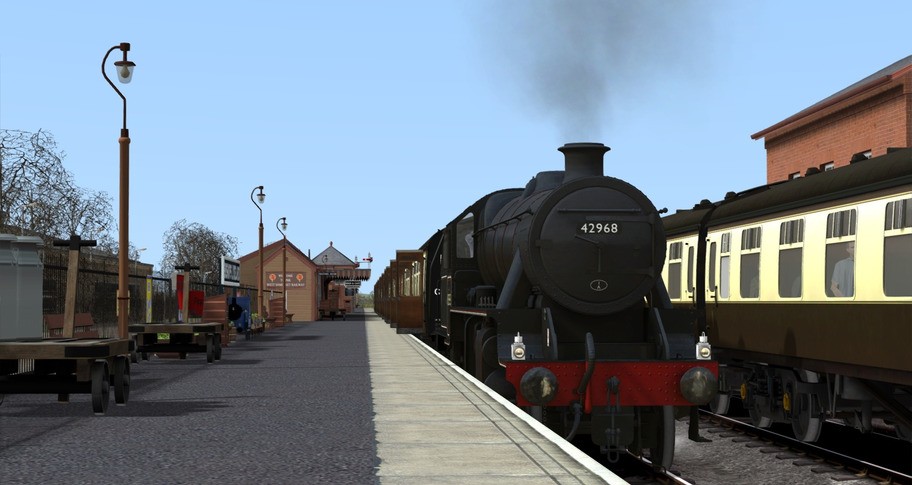 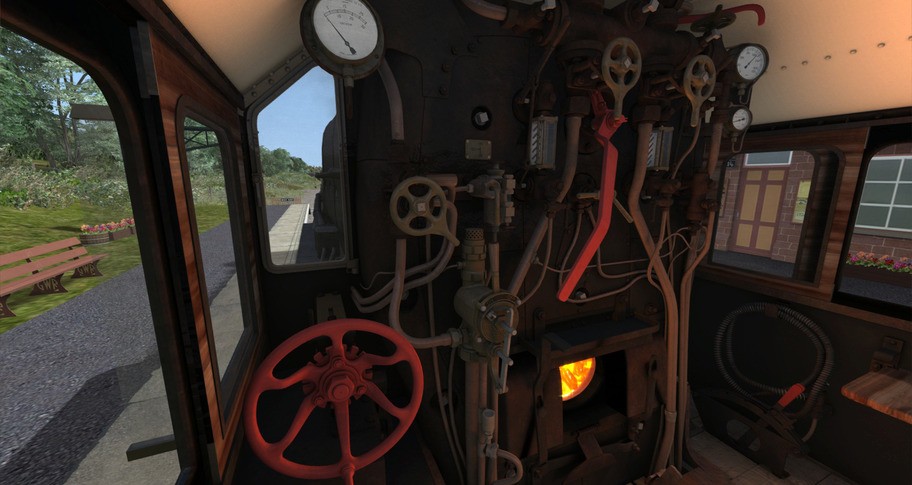 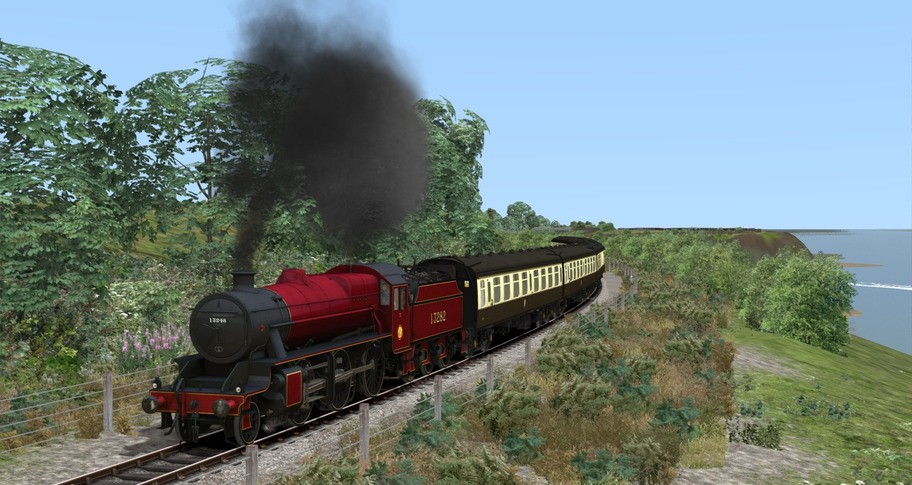 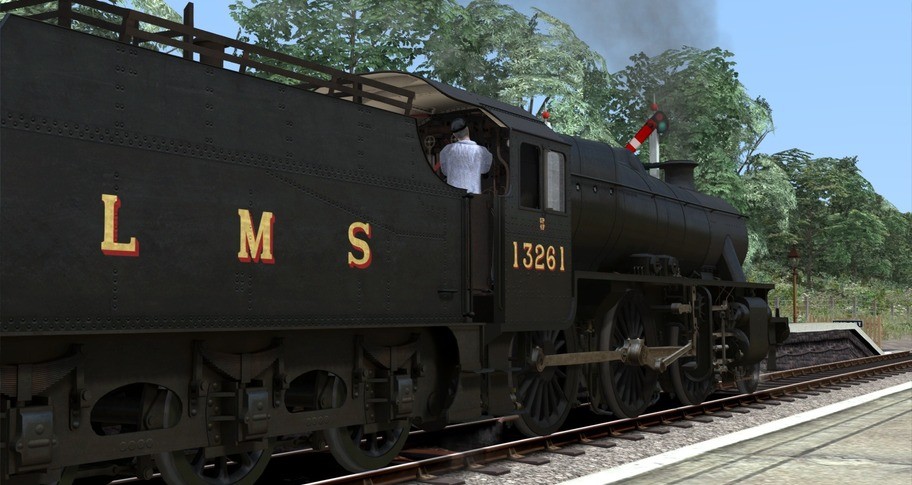 The Pro Range is aimed toward the serious train simulation enthusiast looking for a complex machine to master. Each product is designed to provide education and entertainment for users. Xbox controller and HUD interface support do not come as standard and users will need to read the accompanying documentation to fully understand the operation of this advanced simulation.

Before the might of the Black 5, Stanier’s steam power took a smaller form. Featuring a 2-6-0 wheel configuration and design elements from the GWR, Stanier’s Mogul Class was a fleet of 40 strong and a key player for the railway’s passenger and freight services, and thanks to the efforts of Bossman Games, it can be experienced authentically in Train Simulator.

The London Midland and Scottish Railway was ripe for new traction in the 1930s, and recently appointed Chief Mechanical Engineer, William Stanier, was put to the task of delivering a new range of steam motive power.

Being of Great Western lineage, Stanier took inspiration from the designs of the GWR, and put them to use when adapting another design, the Horwich Mogul (also known as the Hughes Crab). The result became known as the Stanier Mogul, which would be built between 1933 and 1934. The Stanier Moguls were mixed-traffic capable and had a favourable power rating, and proved themselves as worthy locomotives until the arrival of diesels.

Unfortunately only a single locomotive survived into preservation, making Stanier’s earliest work a rare find in the heritage scene. Memories of the Mogul’s yesteryears live on ever-strong however, and now can be re-lived within Train Simulator with Bossman Games’ LMS Stanier Mogul.

A selection of Career mode scenarios are included for the West Somerset Railway route:


Please Note: West Somerset Railway Route Add-On is required, as a separate purchase, in order to play the scenarios featured in this add-on.

GG.deals aggregates game keys from over 40 digital distribution stores so you can find the best deals on video games. All offers already include discounts from vouchers to save you time and money. Check the price history of the game to determine how good the deal is in relation to historical low offers. If the price is still too high, create a price alert and receive an email notification when Train Simulator: LMS Stanier Mogul Steam Loco Add-On matches your budget!

We always try to make sure that price displayed in our comparison is assigned to the correct regions. However, some shops don’t share information regarding regional locks in their product feeds and that can lead to some very occasional mistakes. Before you buy Train Simulator: LMS Stanier Mogul Steam Loco Add-On, please check the store page for any information about activation restrictions in your region. If you notice any product assigned to incorrect region on GG.deals, contact us and we will correct the listing as soon as possible.

If you’re short on money and want to get Train Simulator: LMS Stanier Mogul Steam Loco Add-On for free, there are a couple of ways for you to try:

Even if Train Simulator: LMS Stanier Mogul Steam Loco Add-On free download is not available, you can always save up and get the key at the lowest possible price using GG.deals comparison engine.