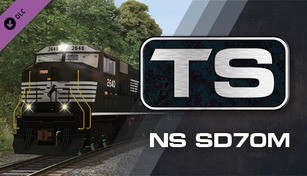 Compare prices with GG.deals to find the cheapest cd key for Train Simulator: Norfolk Southern SD70M Loco Add-On PC. Head over to one of the trusted game stores from our price comparison and buy cd key at the best price. Use the indicated client to activate key and download and play your game. 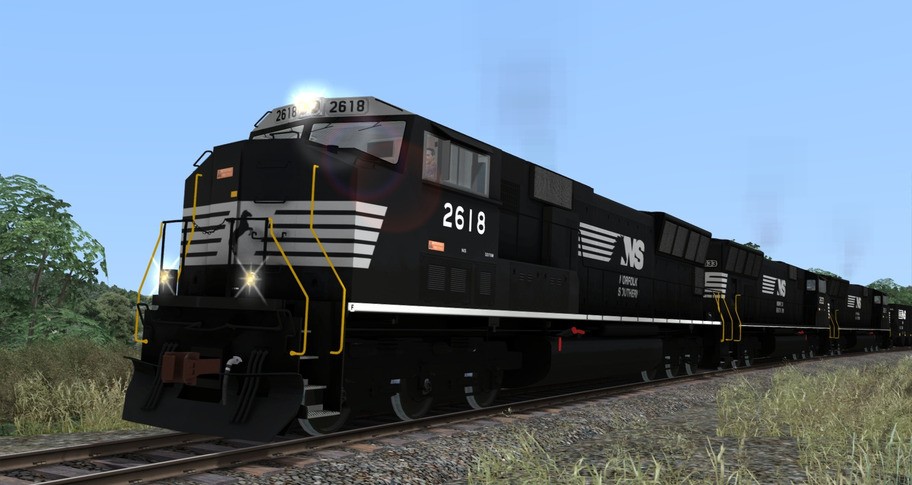 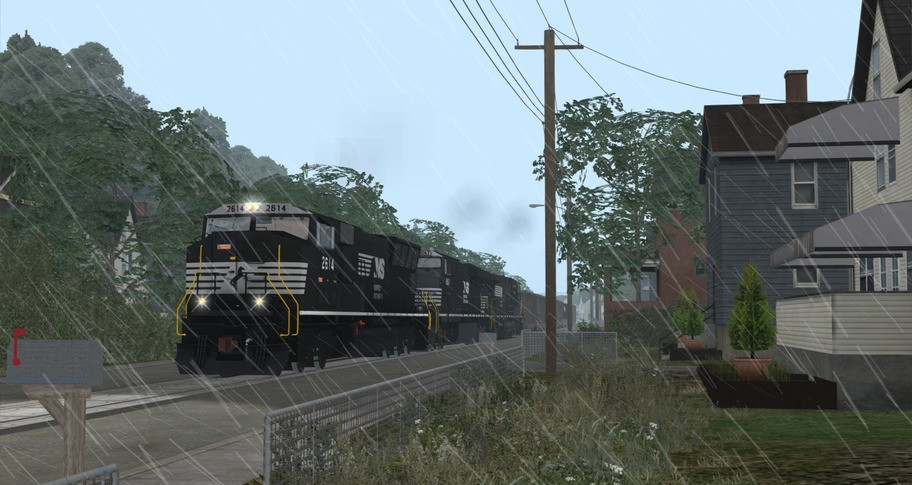 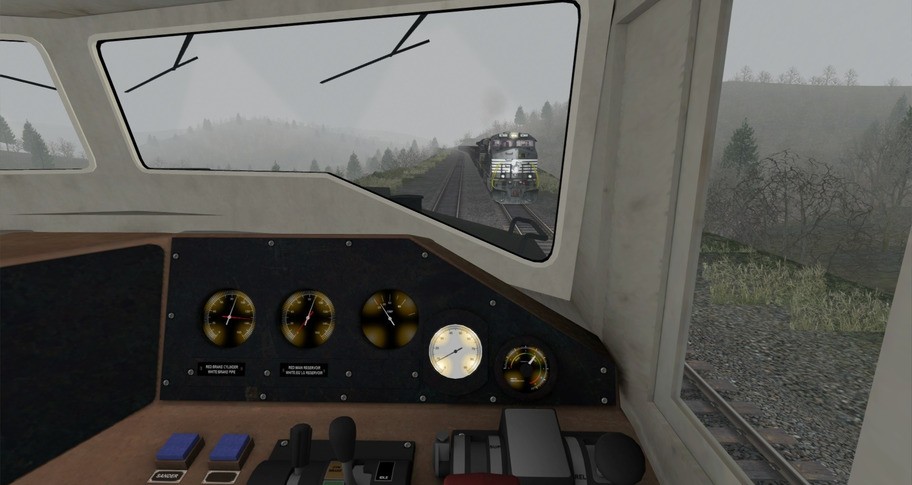 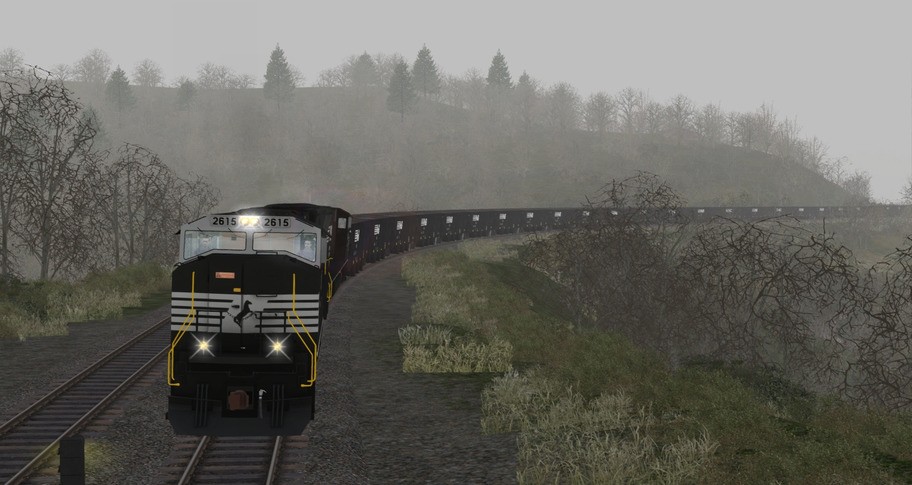 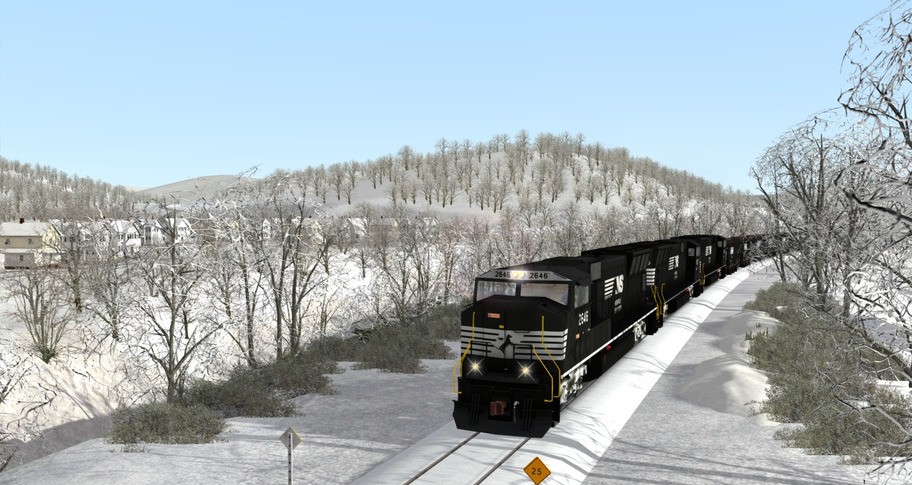 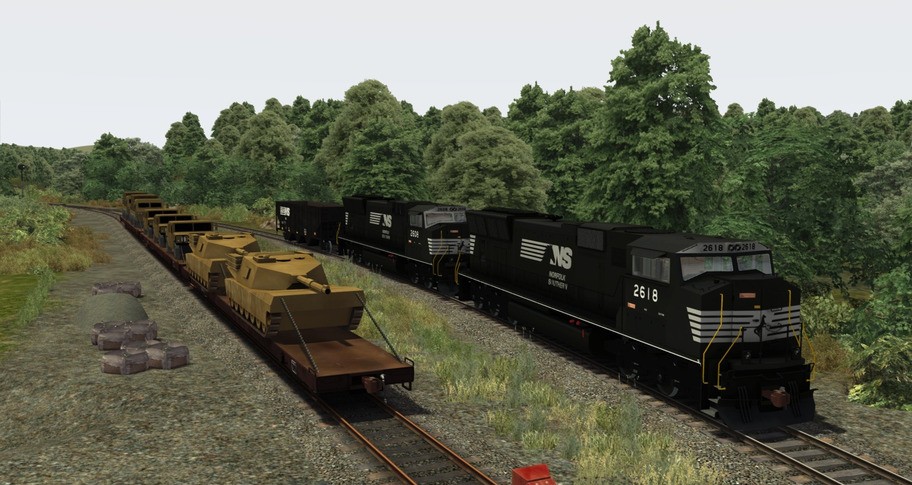 Haul heavy freight from the spacious “comfort cab” of the Norfolk Southern SD70M, powering its way into Train Simulator courtesy of The Loco Shop.

Developed in the 1990s, the Electro-Motive SD70 was the next evolution in motive power, following on from the SD60. This new locomotive was designed to be more powerful, sat upon a better design of truck and was 1 ft longer than its predecessor.

The SD70 was soon followed by a revised design, the SD70M, which featured a wider nose and a “North American Safety Cab”, also known as a “comfort cab”, which offered a more wide-open environment for crew members compared to more standard designs. Over 1600 examples were built in total, with Norfolk Southern ordering and receiving only 68 between 2000 and 2004.

While diminutive in fleet strength, at 4000 horsepower a piece, Norfolk Southern’s SD70M locomotives are capable of delivering heavy-hauling capability on a variety of freight operations, including the movement of coal through the heart of Pennsylvania. Climb aboard the mighty Norfolk Southern SD70M in Train Simulator.

A selection of Career scenarios are included for the Norfolk Southern Coal District route:


Please Note: Norfolk Southern Coal District Route Add-On is required, as a separate purchase, in order to play the scenarios featured in this add-on.

GG.deals aggregates game keys from over 40 digital distribution stores so you can find the best deals on video games. All offers already include discounts from vouchers to save you time and money. Check the price history of the game to determine how good the deal is in relation to historical low offers. If the price is still too high, create a price alert and receive an email notification when Train Simulator: Norfolk Southern SD70M Loco Add-On matches your budget!

We always try to make sure that price displayed in our comparison is assigned to the correct regions. However, some shops don’t share information regarding regional locks in their product feeds and that can lead to some very occasional mistakes. Before you buy Train Simulator: Norfolk Southern SD70M Loco Add-On, please check the store page for any information about activation restrictions in your region. If you notice any product assigned to incorrect region on GG.deals, contact us and we will correct the listing as soon as possible.

If you’re short on money and want to get Train Simulator: Norfolk Southern SD70M Loco Add-On for free, there are a couple of ways for you to try:

Even if Train Simulator: Norfolk Southern SD70M Loco Add-On free download is not available, you can always save up and get the key at the lowest possible price using GG.deals comparison engine.