Compare prices with GG.deals to find the cheapest cd key for Asura: Vengeance Edition PC. Head over to one of the trusted game stores from our price comparison and buy cd key at the best price. Use the indicated client to activate key and download and play your game. 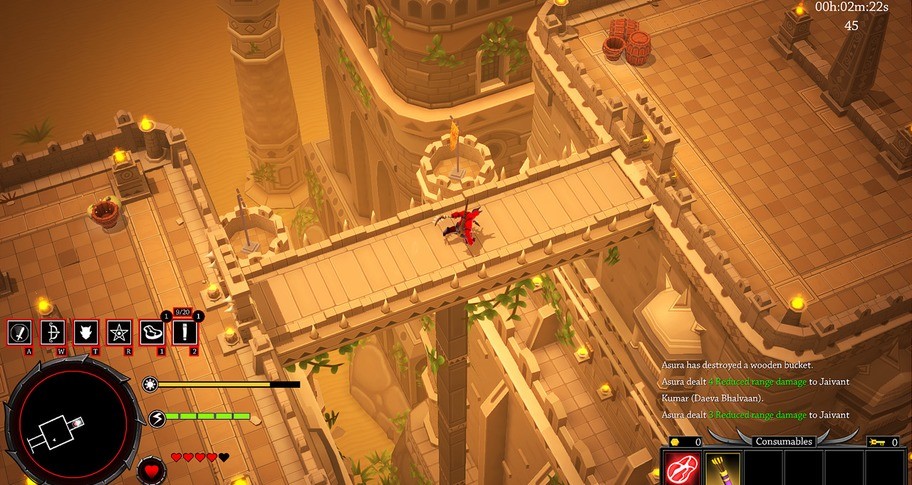 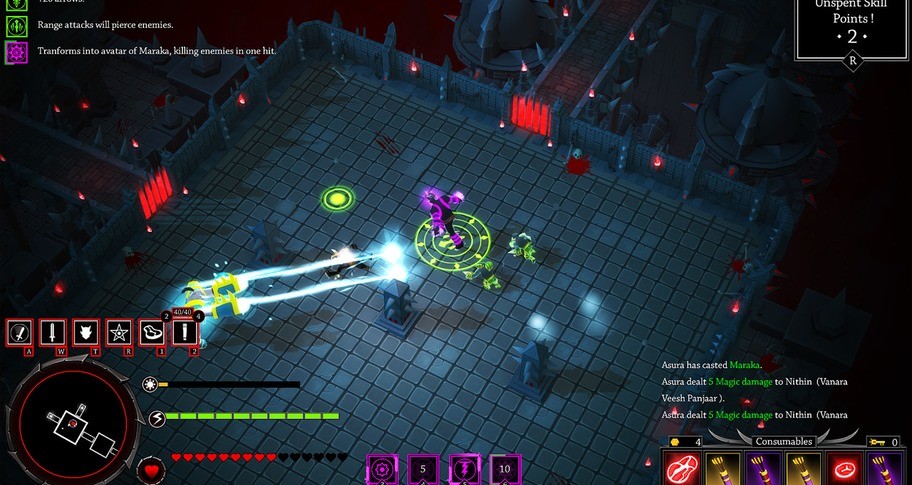 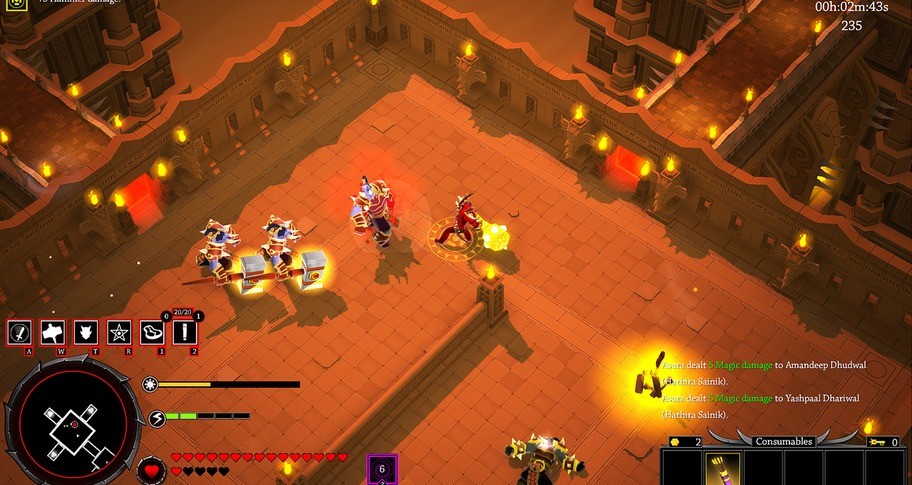 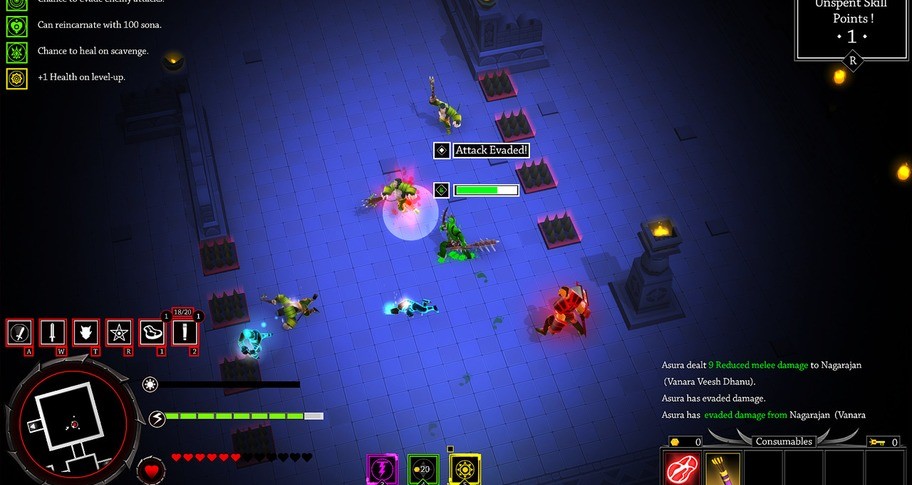 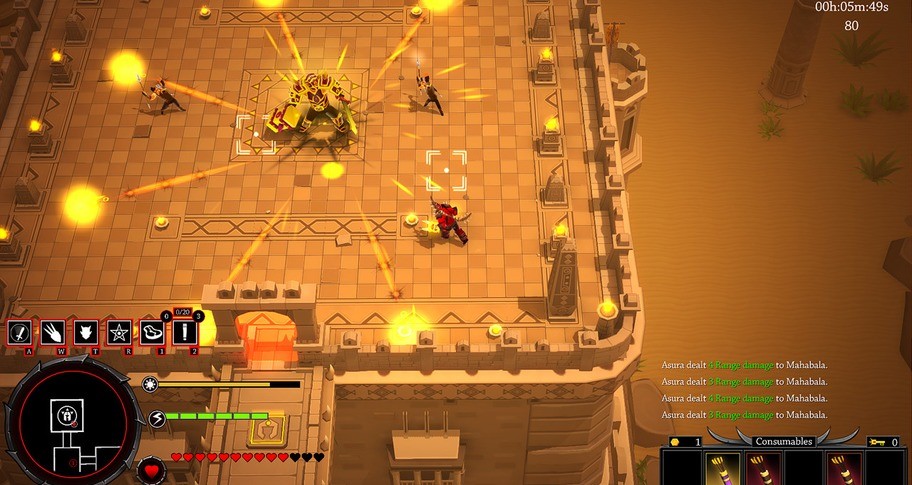 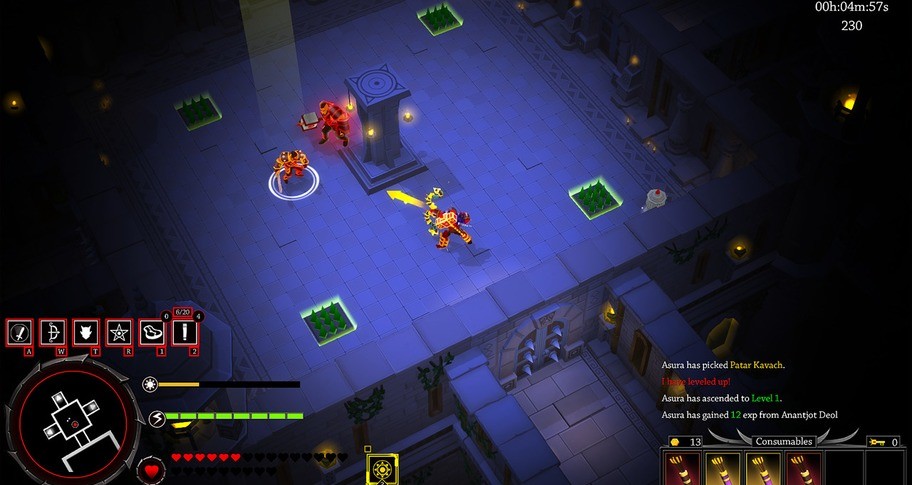 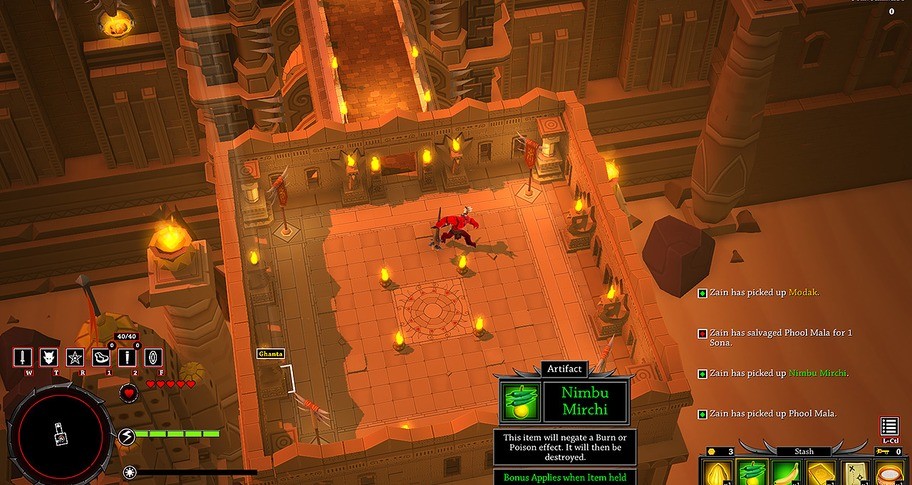 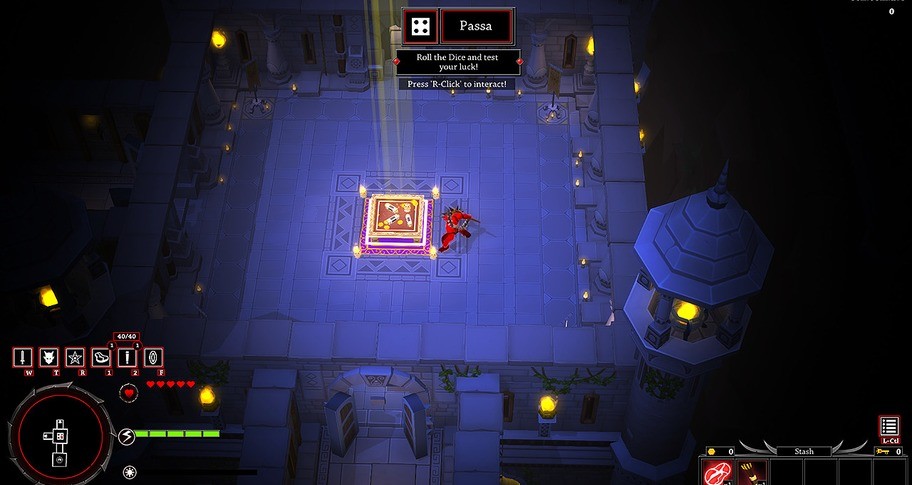 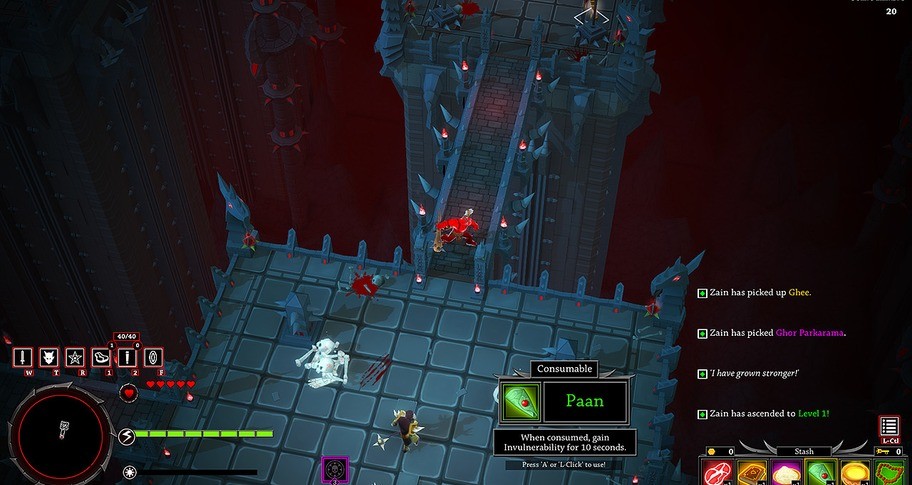 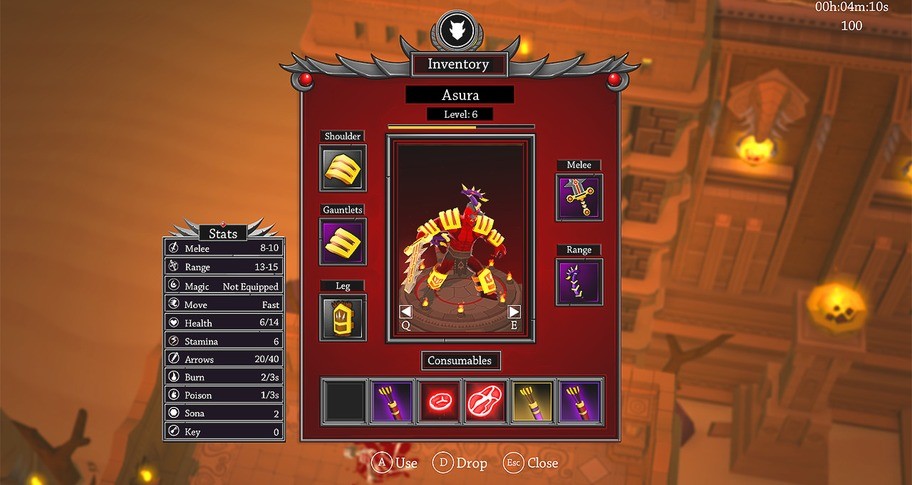 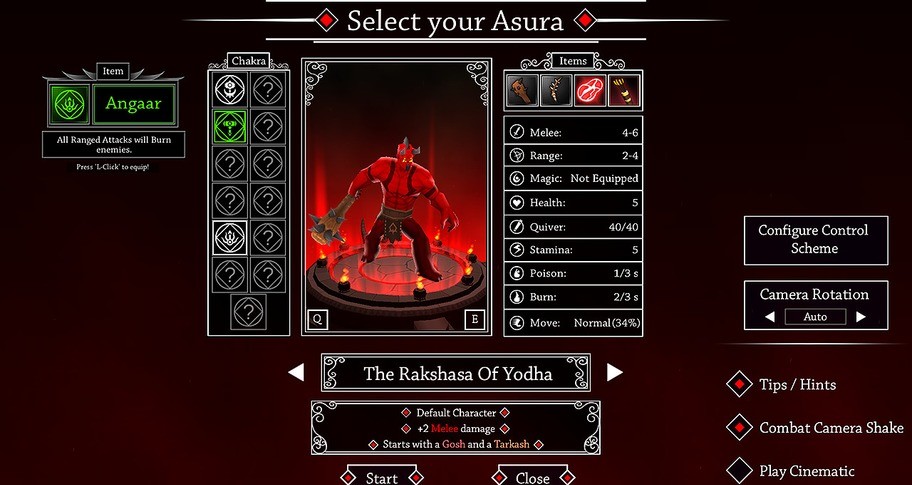 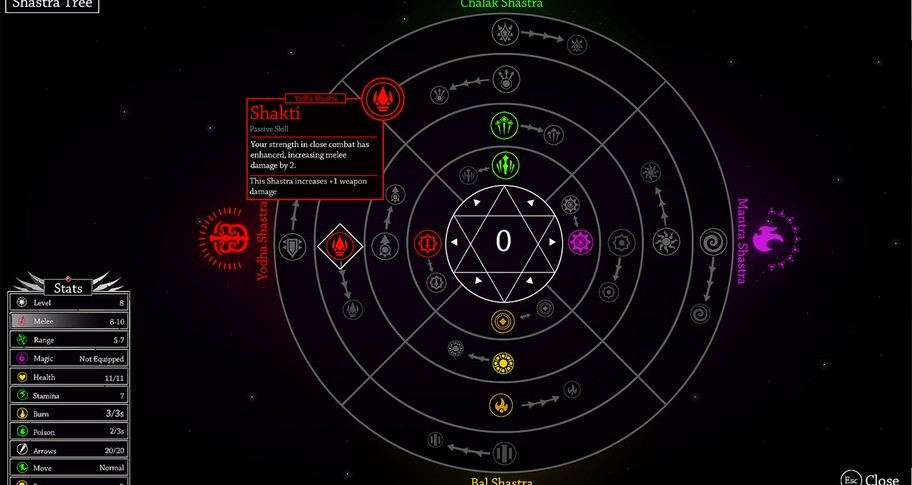 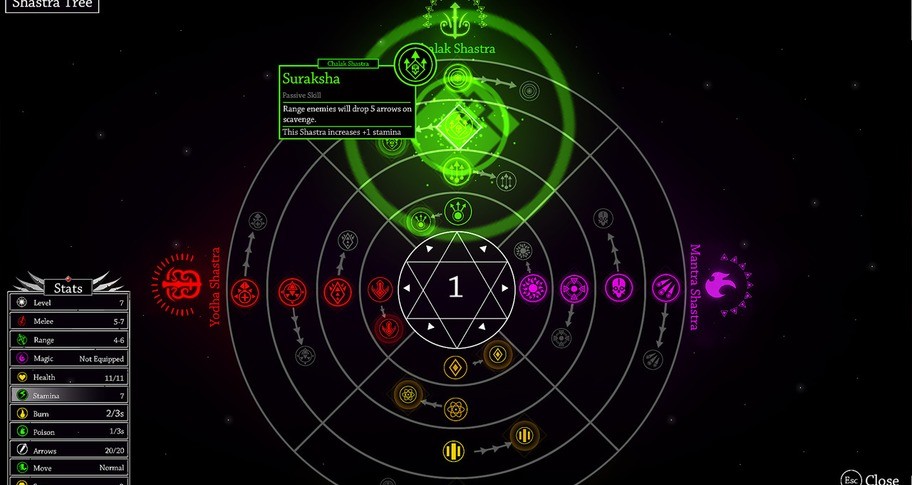 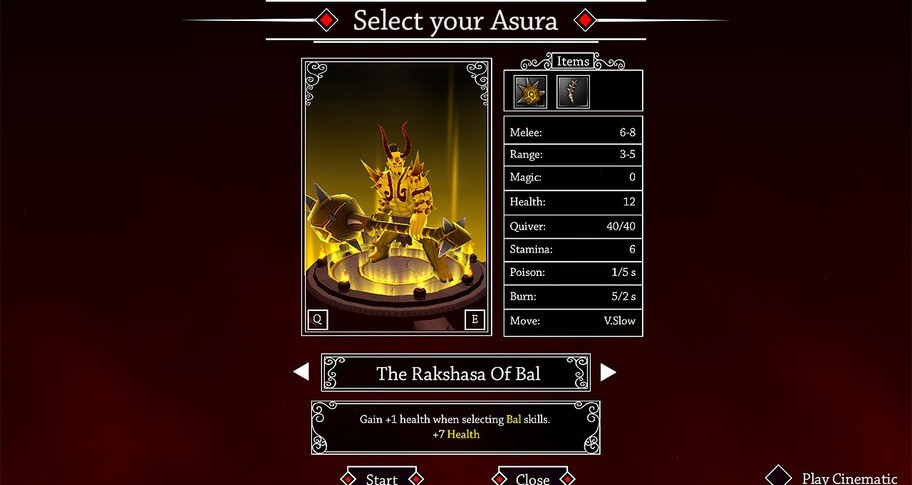 The Rakshasa is back...

The Vengeance Edition is a free update for Asura which adds new features and content to the game. The expansion is now available and is accessable to those who own Asura!

Vengeance Mode:
Introducing an endless mode with a brand new level wherein you resist the invading hordes of the Daeva empire. Eliminate as many waves of enemies as possible and compete on the leaderboard with your friends.

Chakra System:
A new persistent system wherein defeating the bosses will unlock unique perks which can be equipped during battle.

Mahasura Difficulty:
A new difficulty mode for the hardcore who are looking for a challenge. In Mahasura Difficulty, any enemy, boss or champion can spawn regardless of the fortress. Oh yes! Your weapon will get destroyed when you get burnt.

Shamshan:
Save your Asura at Shamshan ( Crypt ) and show off the epic gear and ultimate skills you acquired during your invasion.

New Items:
New artifacts and drops items have been added to the roster and will drop to boost your stats while in combat.

New Rooms:
Sacrifice your blood in the goblet of Amrut for rewards or test your luck at the dice game called Passa. New rooms have been introduced to the procedural fortresses (levels) in the game.

Several other general improvements and the above features have been introduced with the update.

Asura is an indie, top-down, Hack 'n' Slash game set in a fantasy world inspired by the richness of Indian mythology. It features heavy rogue-like elements and a unique procedural skill tree which changes on every play-through.

Reincarnated as a demon, use your new-found powers and hatred to invade the 'Pancha Dvora'- the five fortresses of the Daeva empire. Embark on a journey to exact your vengeance against Hasirama - The God-King, Maharaja, and Slayer of Innocents.

Note: Asura is best experienced with a controller!

Procedural Skill tree:
Craft your Demon using a Skill tree which changes every time you die.

Absorb or Scavenge:
Asura can either Absorb enemies for experience points or Scavenge their corpse for loot.

Unique Combat system:
Engage the enemies with a variety of Melee, Range, and Magic weapons. Melee attacks will deal reduced damage to range enemies, Magic enemies will resist spells, and the Stamina system will always require you to strategies and adapt during battle.

Brutal Mechanics:
When you get burnt, a random equipment will get destroyed from your inventory. When the enemies or traps poison you, you can't heal. When your health is low, it does not regenerate automatically. When you die, you don't get to save your progress.

Perma-Death: Inspired by Rogue-like genre, on death you lose all progress.

Randomly Generated Levels
Rampage through the "Pancha Dvora" - 5 randomly generated fortresses, each with its particular aesthetics, enemies, and challenges

Unlock New Demon Characters
Unlock 3 different Demon variants with unique alignments to each of the core Shastras. Maximize the return on your choices to surpass your previous personal best.

Unique Weapons & Armour
Find epic loot with each play through and adapt your play to make the most of what you’ve scavenged from the corpses of your enemies.

Enemies Inspired by Indian myths
Battle hordes of enemies, each with their unique characteristics and abilities, inspired from Indian Mythos!

Perma-Death
When you die, you start all over again from the very beginning with a new skill tree.

Support
For any issues or feedback with the game, join our discord HERE!
or contact us at support(at)ogrehead(dot)com

Asura: Vengeance Edition sale & discount - all in one place!

GG.deals aggregates game keys from over 40 digital distribution stores so you can find the best deals on video games. All offers already include discounts from vouchers to save you time and money. Check the price history of the game to determine how good the deal is in relation to historical low offers. If the price is still too high, create a price alert and receive an email notification when Asura: Vengeance Edition matches your budget!

Does Asura: Vengeance Edition cd key activate in my region?

We always try to make sure that price displayed in our comparison is assigned to the correct regions. However, some shops don’t share information regarding regional locks in their product feeds and that can lead to some very occasional mistakes. Before you buy Asura: Vengeance Edition, please check the store page for any information about activation restrictions in your region. If you notice any product assigned to incorrect region on GG.deals, contact us and we will correct the listing as soon as possible.

Will I be able to download Asura: Vengeance Edition game immediately?

If you’re short on money and want to get Asura: Vengeance Edition for free, there are a couple of ways for you to try:

Even if Asura: Vengeance Edition free download is not available, you can always save up and get the key at the lowest possible price using GG.deals comparison engine.

Which Asura: Vengeance Edition shop to choose? What’s the difference between official stores and keyshops?