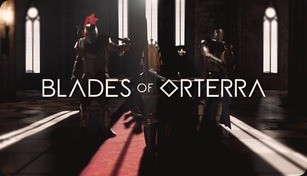 Compare prices with GG.deals to find the cheapest cd key for Blades of Orterra PC. Head over to one of the trusted game stores from our price comparison and buy cd key at the lowest price. Use the indicated client to activate key and download and play your game. 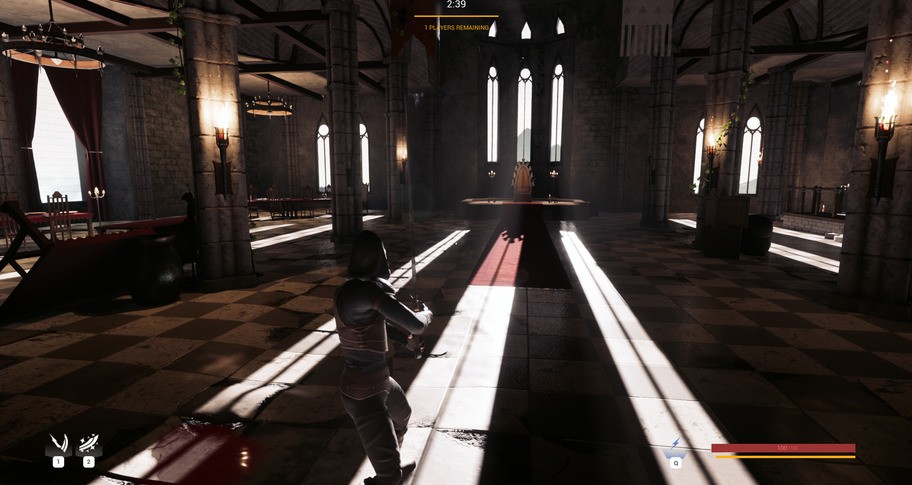 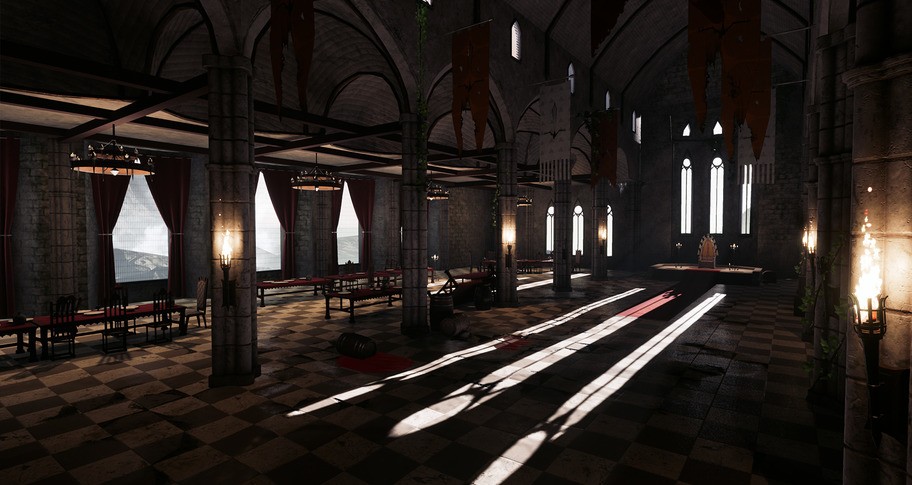 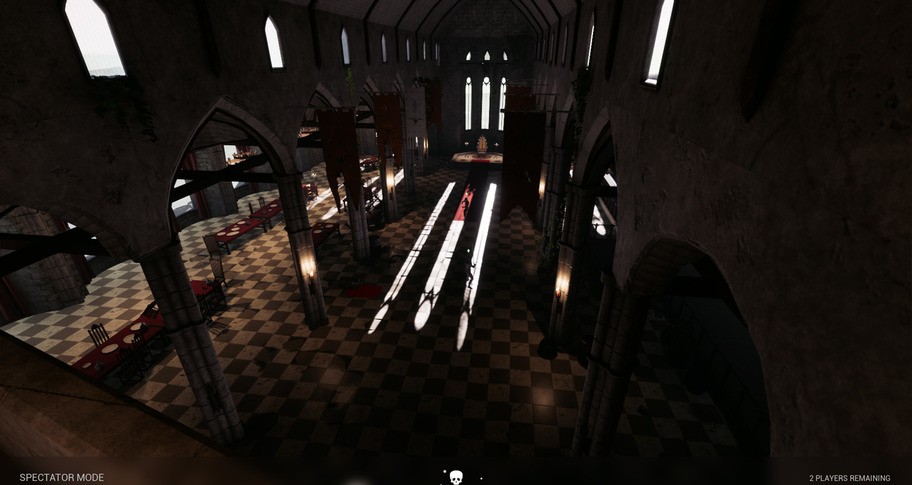 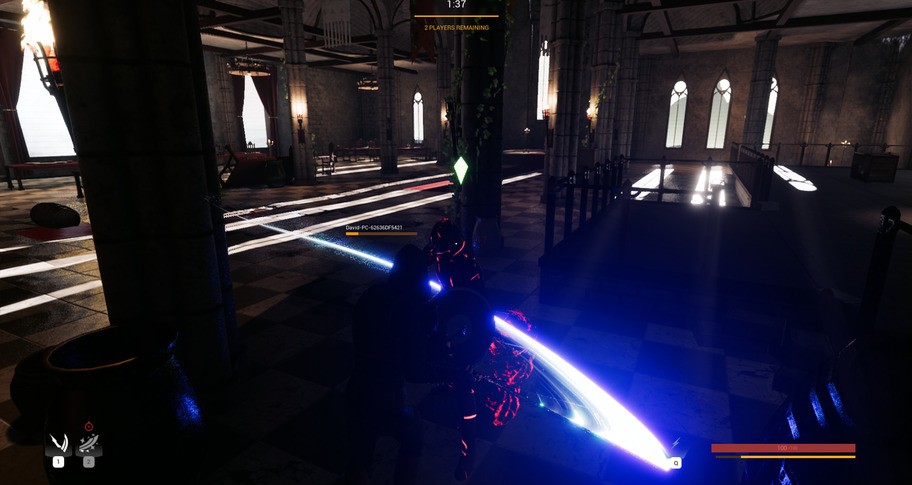 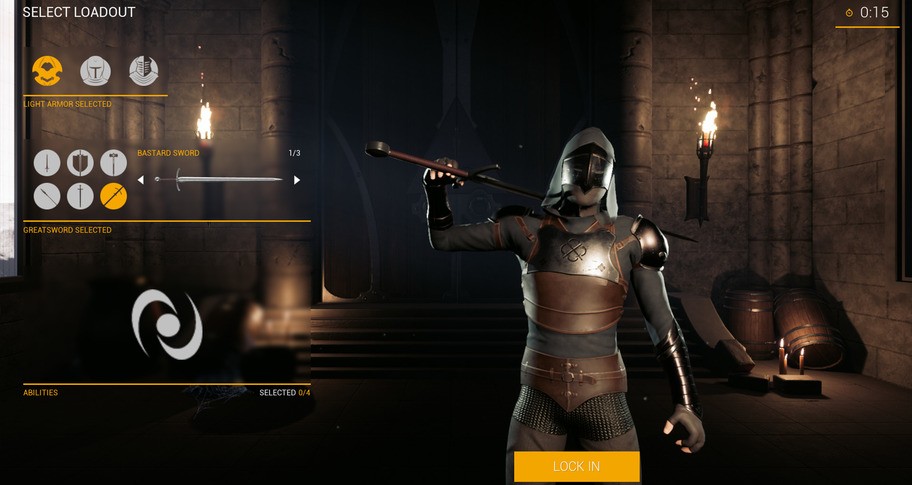 Blades of Orterra is a Fantasy Open-World Multiplayer RPG created in Unreal Engine 4.

A castle of a dozen Kingdoms stacked one on top of the other, awaiting for those brave enough to ascend them— Orterra is filled with adventure. Progress through the floors of Orterra, reach the top of the castle, and discover the secrets hidden within each Kingdom.

Your quest begins on the first floor, from where you must not only progress individually, but also with your fellow players as a whole. Every Kingdom contains a labyrinth filled with dangers, and at the end of each labyrinth contains an enemy more powerful than any beast found up to that point. These enemies are called Guardians; once defeated, the next Kingdom becomes accessible to all players on the server.

Be anything you dream of being: Blades of Orterra follows a classless character design, allowing players a wide range of possible paths to choose from. From a blacksmith to a chef to a bounty hunter, you have the freedom to advance in a certain profession or multiple. The game will feature crafting professions, exploration, community, and of course, an immersive and interactive world.

Combat in Blades of Orterra is action-oriented and skill-based, inspired by titles like Dark Souls and Absolver. Battle can be hectic and will test your quick-thinking abilities. Whether fighting a boss or a wolf in the fields, players will need to choose their movements carefully and make every action count. Blocking, dodge-rolling, and proper positioning during battle can be the difference between victory and defeat for the player.

Players' loadouts of skills and equipment can be changed freely. Equip different weapons depending on your playstyle or the situation and mix and match armour pieces. The overall weight of armour equipped determines the speed you may move/dodge at. The armour weight types are Light, Medium, and Heavy.

In Blades of Orterra, there are two types of progression, global and personal. Throughout the game, the players can progress through the Kingdoms by defeating Guardians, the bosses of the Kingdoms. These fierce enemies will push the players' skills beyond their limits, and once beaten, all players, including new players in the server, may progress to the Kingdom above. This is global progression.

Before reaching the Kingdom's Guardian, players will set out to level up their character, find new gear, and become stronger to prepare for the challenges ahead. This is personal progression.

The worlds that form Orterra are separated into Kingdoms, each Kingdom has its own story line, and side-quests. Explore beautiful cities and towns, dungeons full of mysteries, and unlock new Kingdoms by advancing in the Labyrinth.

Players can choose to either complete the story and quest content or hunt enemies to level up their characters for the next Kingdom. No content is mandatory or required. A Kingdom's story may be experienced without completing the previous Kingdoms' stories, but bear in mind an over-arching story connects each Kingdom's storyline. Players can always go back to previous Kingdoms by means of teleportation crystals.

Each Kingdom features a different biome and theme. You'll never know what kind of world you'll find next as you progress through Orterra.

After a long night of killing monsters and making new allies, you may want to take a break from combat and work on your Profession skills. In Blades of Orterra, professions play a big role in the market and creation of rare items. Players can choose from professions such as Cooking, Blacksmithing, Mining, and more.

Players will not be limited to a maximum number of professions. Our goal for professions is to have players interact with the profession rather than clicking and waiting to craft items. A Cook might experiment to discover new recipes for their next dish, or a Blacksmith might try smithing a sword with different hilts or materials. We want professions to be fun and satisfying.

Price History of Blades of Orterra

Blades of Orterra sale & discount - all in one place!

GG.deals aggregates game keys from over 40 digital distribution stores so you can find the best deals on video games. All offers already include discounts from vouchers to save you time and money. Check the price history of the game to determine how good the deal is in relation to historical low offers. If the price is still too high, create a price alert and receive an email notification when Blades of Orterra matches your budget!

Does Blades of Orterra cd key activate in my region?

We always try to make sure that price displayed in our comparison is assigned to the correct regions. However, some shops don’t share information regarding regional locks in their product feeds and that can lead to some very occasional mistakes. Before you buy Blades of Orterra, please check the store page for any information about activation restrictions in your region. If you notice any product assigned to incorrect region on GG.deals, contact us and we will correct the listing as soon as possible.

Will I be able to download Blades of Orterra game immediately?

If you’re short on money and want to get Blades of Orterra for free, there are a couple of ways for you to try:

Even if Blades of Orterra free download is not available, you can always save up and get the key at the lowest possible price using GG.deals comparison engine.

Which Blades of Orterra shop to choose? What’s the difference between official stores and keyshops?