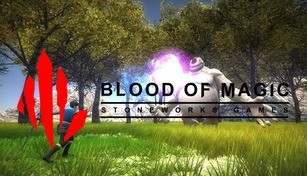 Compare prices with GG.deals to find the cheapest cd key for Blood of Magic PC. Head over to one of the trusted game stores from our price comparison and buy cd key at the best price. Use the indicated client to activate key and download and play your game. 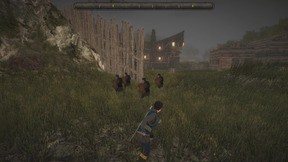 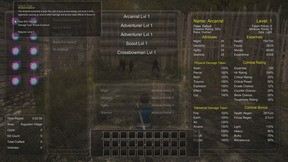 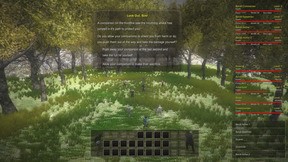 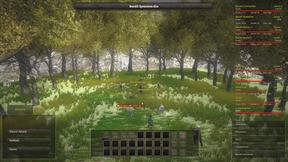 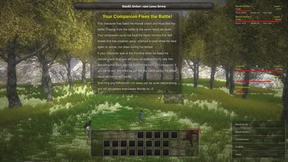 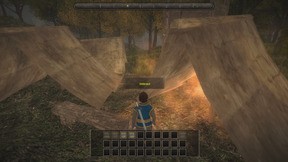 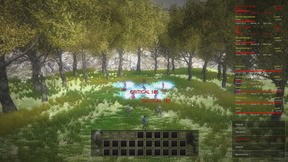 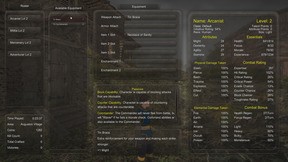 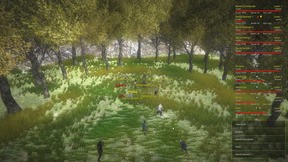 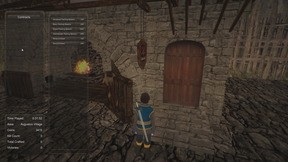 About Blood of Magic 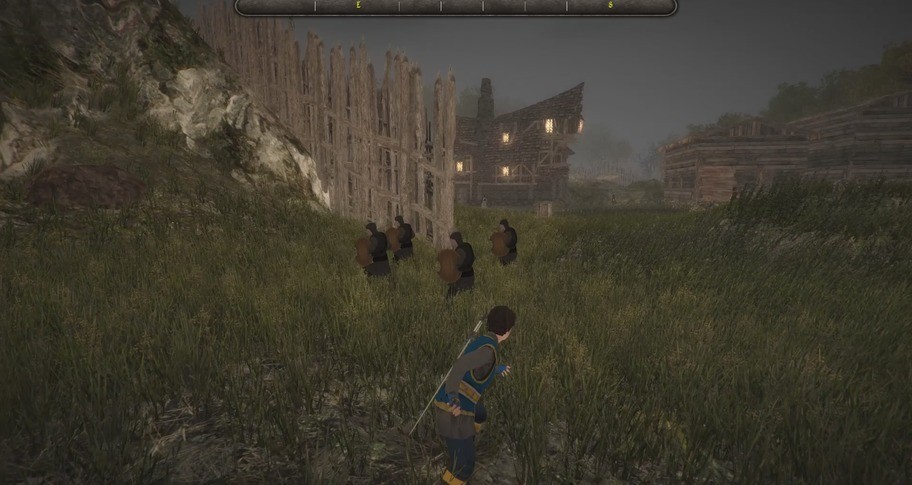 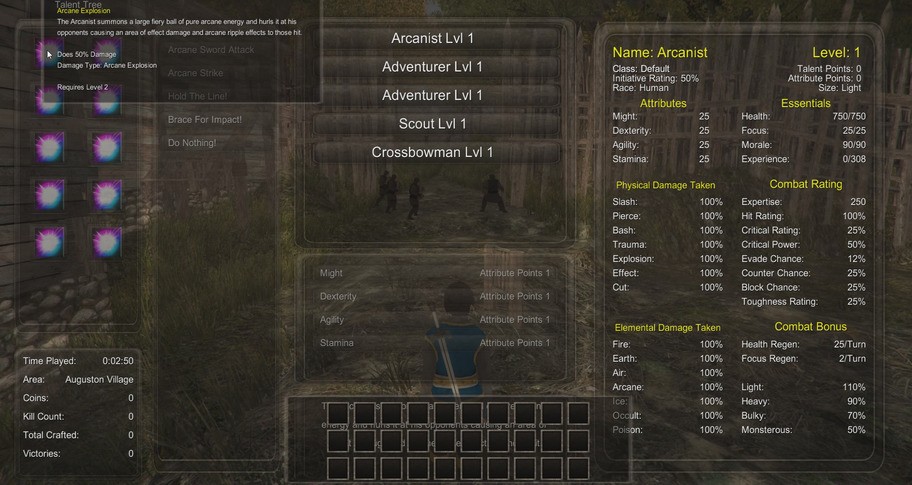 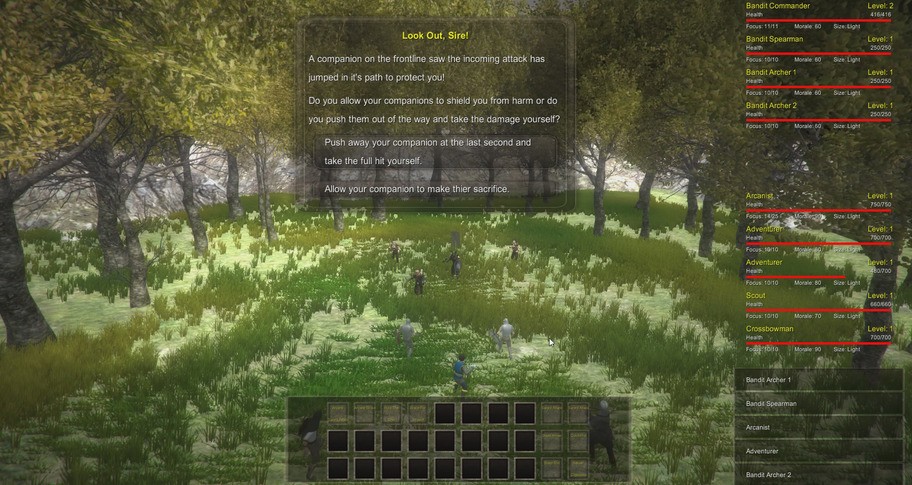 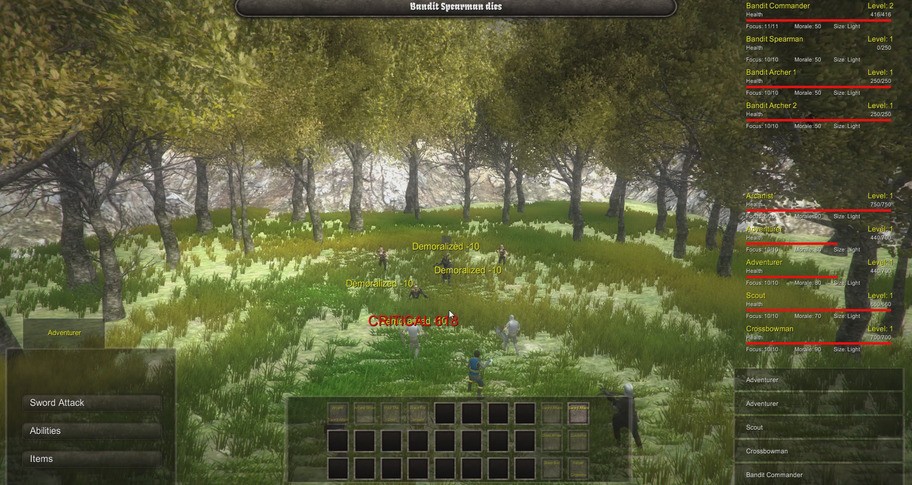 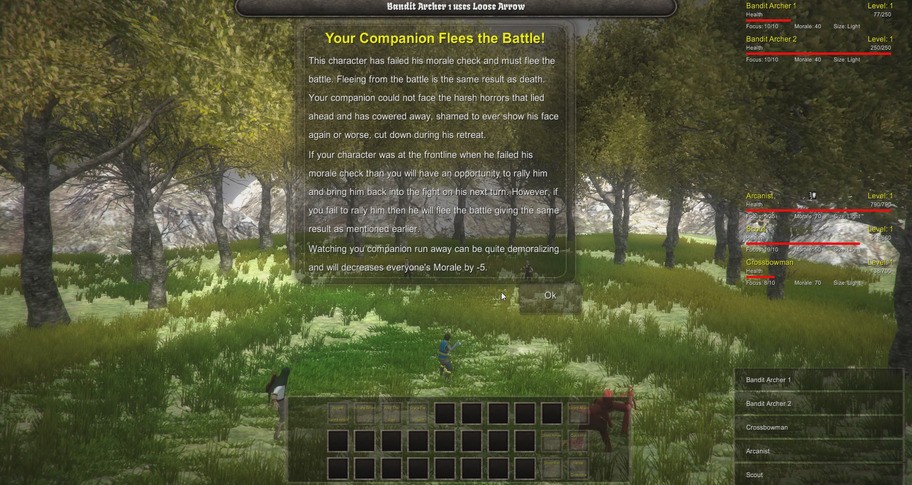 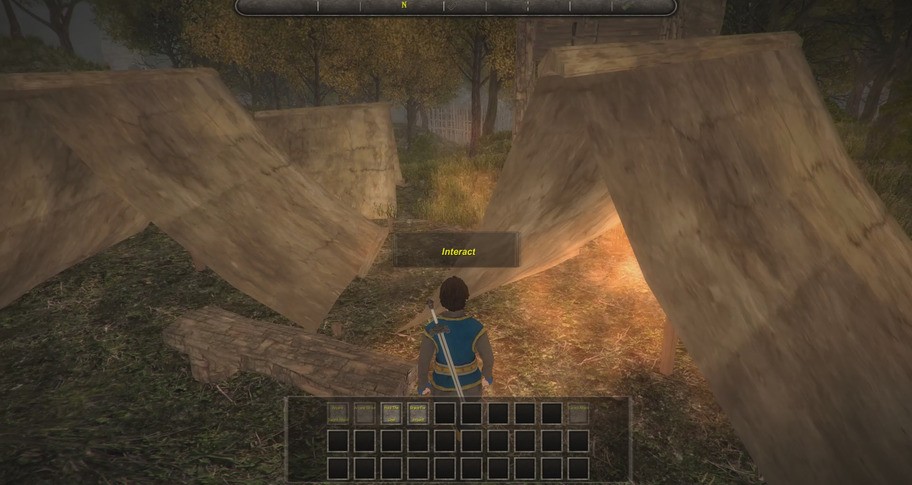 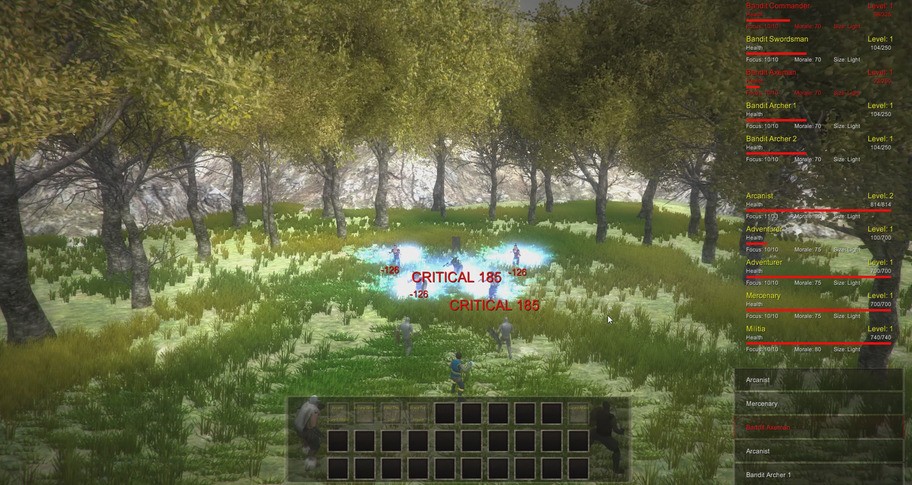 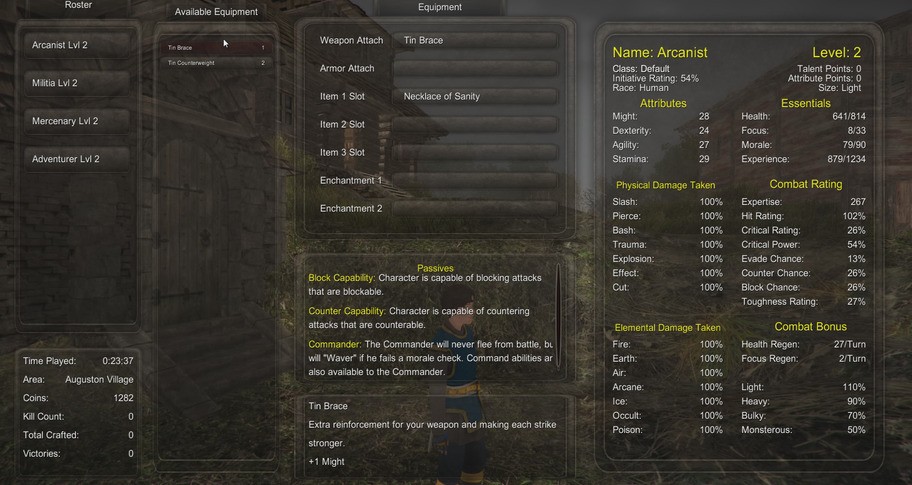 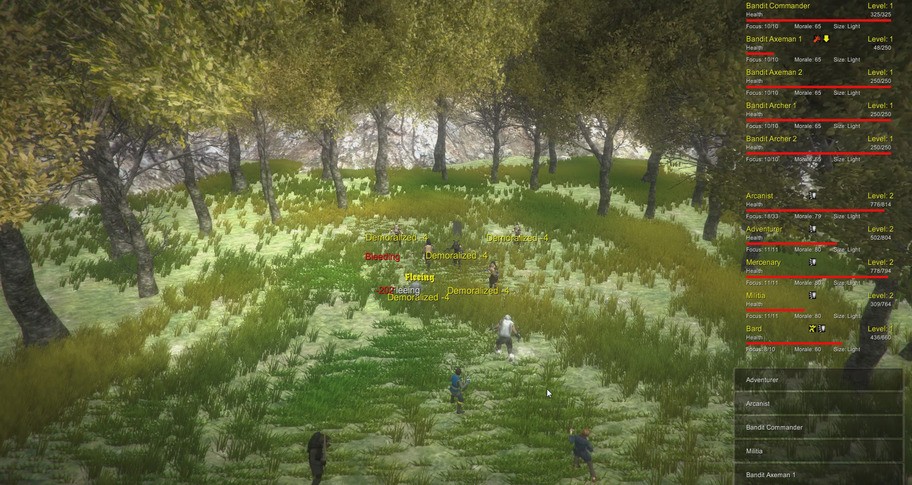 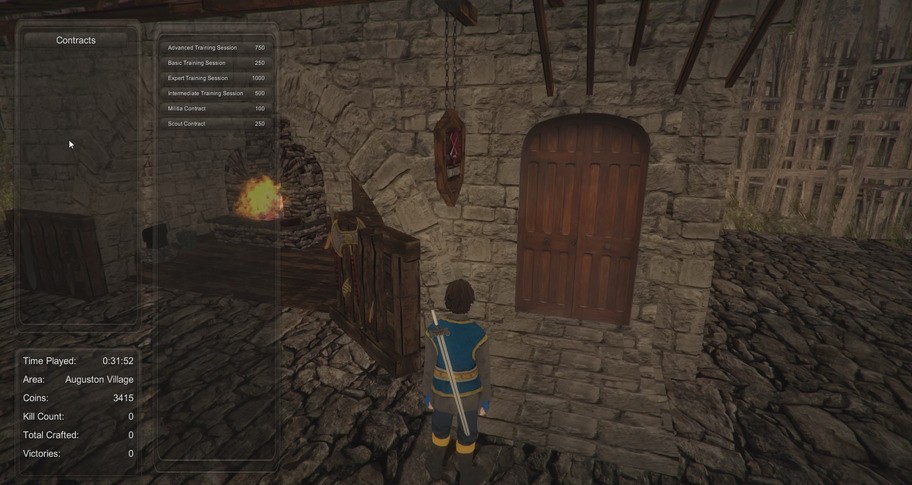 Blood of Magic is a small open world role-playing game with turn-based battles. Other elements include crafting, town management, recruitment, and exploration which help improve your experience in Auguston.

Welcome to a world of magic, where people and creatures can receive magical capabilities with the infusement of magic energy from rare magical crystals. The most known crystal is the Arcane Crystal which is controlled by the Obrodian Empire, an empire of man. The spoils of war from The Great Elven War over 200 years ago. Ever since the possession of the Arcane Crystal, the Obrodians formed a special order to decide who would be infused by the arcane energies. These individuals had to pass extreme tests both mentally and physically in order to graduate. They would later be known as Arcanists. These arcanist are expert spellswords, with both combat and magic prowess. Although, they have no political power during peacetime, they are given full jurisdiction in certain areas when deployed during war, typically to hold forts, lead armies, or operate intelligence operations.

Our story begins when war has broken out between the northern kingdom of man known as Vuista. The Vuista were originally ascendants of the Obrodians, however a civil war broke out over 100 years ago over the use of the arcane crystal. Although, the Vuista were unable to obtain the arcane crystal for themselves, they were able to separate from the southern region and maintain independence against the Obrodians. Recently, the Vuista have uncovered a new magic crystal known as the “Occult Crystal”. The occult crystal allowed extremely easier blood infusions as a host would only need a small trace of the energy to harness it’s energy because the energy itself fed on blood to grow exponentially. This allowed any user to use raw magical power without the need for long training and discipline. However, because the occult energy fed on blood, it would continue to feed until the user was drained from one’s own blood. This caused the user’s flesh to deteriorate until there was nothing left leaving them a soulless husk. The Vuista used this to their advantage and infused the blood of ordinary foot soldier sending them to the frontlines against the Obrodians. The Obrodians army was much stronger and organized than the Vuista, but the charge of so many magic users took its toll on the Obrodians when the Vuista finally broke into Obrodian territory just a little over a year ago. The arcanist program was accelerated and students were sent into action before graduation. The top students were sent to the more important locations while the possible graduates were sent on patrol missions or small garrisons.

You are one of these students. You are sent away from the frontlines and more towards the south to a small mining town of Auguston. An arcanist student was sent there 6 months ago to maintain a steady shipment of iron for the war efforts and to stop any troll incursions to the west from what’s known as “Monster Mountain” where tribes of monsters make regular raids against Obrodian settlements. However, ore shipment has stopped 3 months ago and any attempt for communication has failed. You are given full jurisdiction of Auguston, tasked with the investigation and reinstatement of Auguston’s ore shipments.


Thank you for taking the time to view our Early Access Game and we appreciate your business and feedback. The project’s success relies on the involvement of the community and we hope you like the direction we are headed in with Blood of Magic.

Price History of Blood of Magic

Blood of Magic sale & discount - all in one place!

GG.deals aggregates game keys from over 40 digital distribution stores so you can find the best deals on video games. All offers already include discounts from vouchers to save you time and money. Check the price history of the game to determine how good the deal is in relation to historical low offers. If the price is still too high, create a price alert and receive an email notification when Blood of Magic matches your budget!

Does Blood of Magic cd key activate in my region?

We always try to make sure that price displayed in our comparison is assigned to the correct regions. However, some shops don’t share information regarding regional locks in their product feeds and that can lead to some very occasional mistakes. Before you buy Blood of Magic, please check the store page for any information about activation restrictions in your region. If you notice any product assigned to incorrect region on GG.deals, contact us and we will correct the listing as soon as possible.

Will I be able to download Blood of Magic game immediately?

If you’re short on money and want to get Blood of Magic for free, there are a couple of ways for you to try:

Even if Blood of Magic free download is not available, you can always save up and get the key at the lowest possible price using GG.deals comparison engine.

Which Blood of Magic shop to choose? What’s the difference between official stores and keyshops?