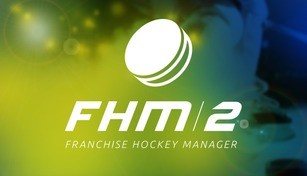 Compare prices with GG.deals to find the cheapest cd key for Franchise Hockey Manager 2 PC. Head over to one of the trusted game stores from our price comparison and buy cd key at the best price. Use the indicated client to activate key and download and play your game.

Out of the Park Baseball 16 + Franchise Hockey Manager 2

Out of the Park Developments

Franchise Hockey Manager 2 is the second hockey management game from the makers of the award-winning Out of the Park Baseball series. A truly global game, FHM is the deepest, most immersive, and most customizable hockey management game in the world. Choose one of 21 leagues around the globe and select a team to guide to glory - or create your own hockey universe, or choose a historical start date as far back as 1931. Sign free agents, trade players, draft the next crop of superstars, and much more! This is as close as you'll get to sitting in a General Manager's office without drawing a paycheck from a team. Oversee team finances, keep an eye on the salary cap, hire your staff, put together trade packages, make contract offers to free agents, and draft the newest generation of stars. New For 2015 New Game Engine: The heart and soul of FHM 2 - the game engine - has been completed redesigned from the ground up. This creates the most realistic results ever seen in a hockey simulation. With the new engine, every second of a game is simulated and the engine keeps track of exactly which zones the puck and all players are, at all times. This allows us to simulate the flow of a hockey game much better than before, with each event playing out through the engine. Revamped Tactics System: You can trade for, sign, draft and develop the best and most talented players, but that’s only part of the challenge in Franchise Hockey Manager 2. In order to truly reach full potential, you will need to put in place the optimal strategies to get the most out of your players. The tactics system and the entire game engine in Franchise Hockey Manager 2 has been rewritten. It is now far more robust, detailed and it provides far more depth, better immersion and a bigger tactical challenge. Or, if you'd prefer, you can have the computer take tactical control, or borrow a successful tactic created by another user. Expansion: Want to bring pro hockey to your hometown or favorite city? Franchise Hockey Manager 2 now supports expansion for the NHL and fictional leagues. If you’re the general manager of an existing team, you’ll have to make tough choices about which players to protect from the expansion draft - should you stick with your veteran goaltender or turn the reins over to your young unproven talent? As an expansion franchise you will have the unique challenge of trying to build a contender from the spare parts of other teams. But with shrewd moves and some patience, your new expansion franchise could quickly become a contender! Facegen: Franchise Hockey Manager 2 will bring Facegen technology to the series, to greatly enhance immersion. Players and coaches will receive individual portraits, wearing their team uniform or colours, and the pictures will age, gain or lose weight throughout a career. Facegen also allows for custom user-created jerseys to be used for each team, as well as individual user-created portraits. And that's only a sampling of some of the new additions to FHM 2. There’s also a host of smaller changes that will have a big impact on the game: A completely overhauled graphic user interface makes Franchise Hockey Manager much more visually appealing and easier to navigate Game Rating: FHM 2 features a new way for you to evaluate the performance of your players - the Game Rating (GR). During a game, each event (good or bad) will change the GR, so you always know how well a player performs on the ice. Since the calculation includes the role of the player and the situation on the ice, you can get a pretty good picture of the performance. Not all players are goal scorers and will have their names show in the score sheet - now you can accurately track how everyone is contributing to your team's success or failure, from your stay-at-home defensemen to your grinding 4th line forwards. Redesigned Fictional Mode: We have removed the fictional mode from FHM 2014 and replaced it with a new version that is much more streamlined and stable. Now you can play with just one league (or add major junior and/or a farm team level if you like) and form it to your liking by changing selected rules and option. Pre-season games: Need to make some tough roster decisions to get your team ready for the start of the season? Before the regular season starts, use these games to prepare your team for the regular season and find out who will make the squad. Head coaches: It is now possible to hire a head coach for your team and play as GM only. Historical changes: We've added new historical seasons to the game, so you can start even further in the past - all the way back to 1931. In addition, you can now continue your game when reaching the last historical year and turn your game into a fictional league. We've added historical dollar values and a season preview, so you always know the situation for every season you are just about to start. Greatly expanded news section: We added many additional news types and expanded the text of all news to give you more immersion and help bring your league to life. Basic online league support - Match wits with other human GM's! New player development system New training system New player roles New player happiness system Retiring players can now become staff - Is your former star forward your next head coach? Revised staff contracts New player fatigue system New player consistency system GM and Coach scores Redesigned screens, such as lines, tactics, manager-home, and playoff screens Extended draft logs - Looking back to see who some of your draft busts and booms were is quick and easy. Player award icons on the player profile page Player summary pop-ups when you hover over a player's name ...and many more new features and cosmetic changes!

Franchise Hockey Manager 2 sale & discount - all in one place!

GG.deals aggregates game keys from over 40 digital distribution stores so you can find the best deals on video games. All offers already include discounts from vouchers to save you time and money. Check the price history of the game to determine how good the deal is in relation to historical low offers. If the price is still too high, create a price alert and receive an email notification when Franchise Hockey Manager 2 matches your budget!

Does Franchise Hockey Manager 2 cd key activate in my region?

We always try to make sure that price displayed in our comparison is assigned to the correct regions. However, some shops don’t share information regarding regional locks in their product feeds and that can lead to some very occasional mistakes. Before you buy Franchise Hockey Manager 2, please check the store page for any information about activation restrictions in your region. If you notice any product assigned to incorrect region on GG.deals, contact us and we will correct the listing as soon as possible.

Will I be able to download Franchise Hockey Manager 2 game immediately?

If you’re short on money and want to get Franchise Hockey Manager 2 for free, there are a couple of ways for you to try:

Even if Franchise Hockey Manager 2 free download is not available, you can always save up and get the key at the lowest possible price using GG.deals comparison engine.

Which Franchise Hockey Manager 2 shop to choose? What’s the difference between official stores and keyshops?