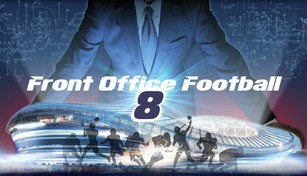 Compare prices with GG.deals to find the cheapest cd key for Front Office Football Eight PC. Head over to one of the trusted game stores from our price comparison and buy cd key at the best price. Use the indicated client to activate key and download and play your game. 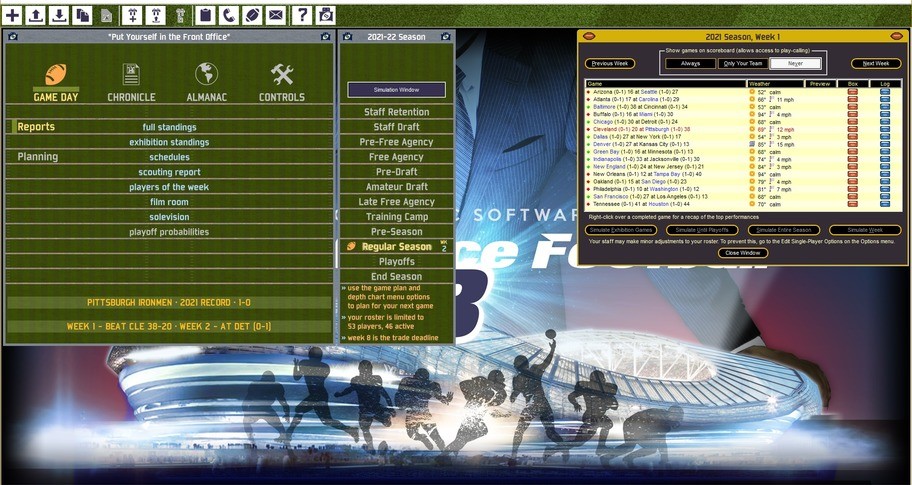 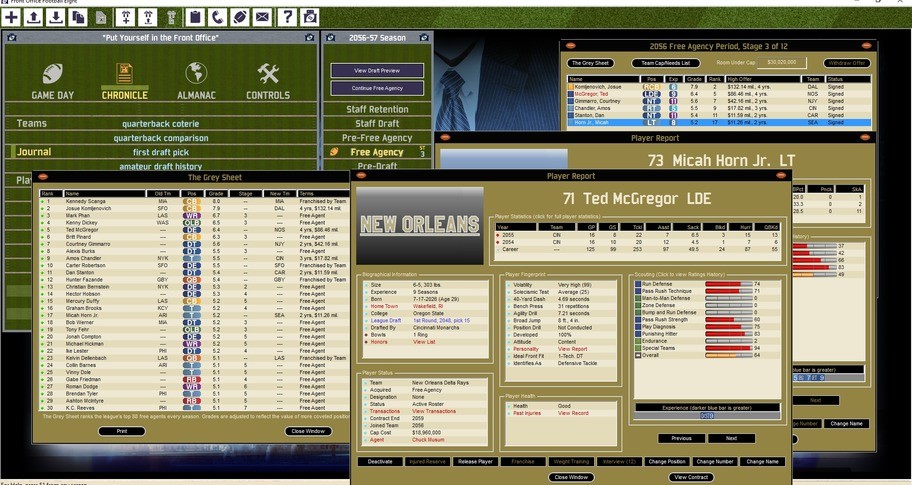 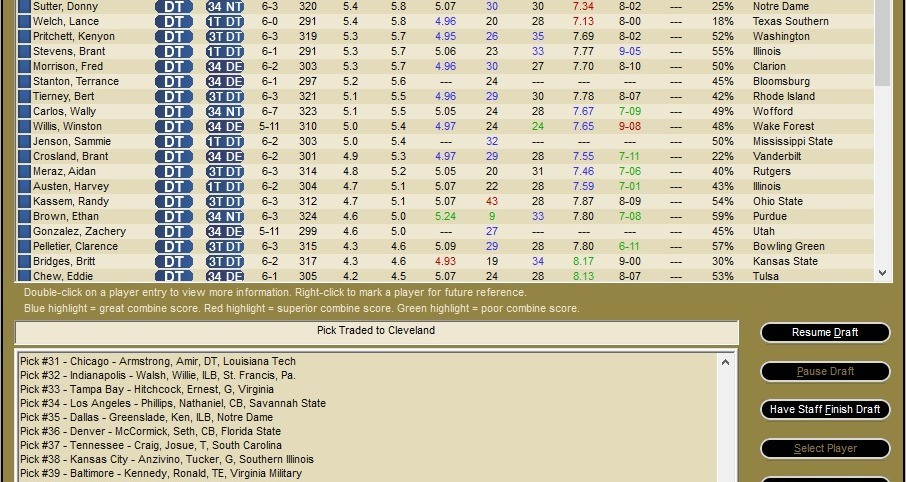 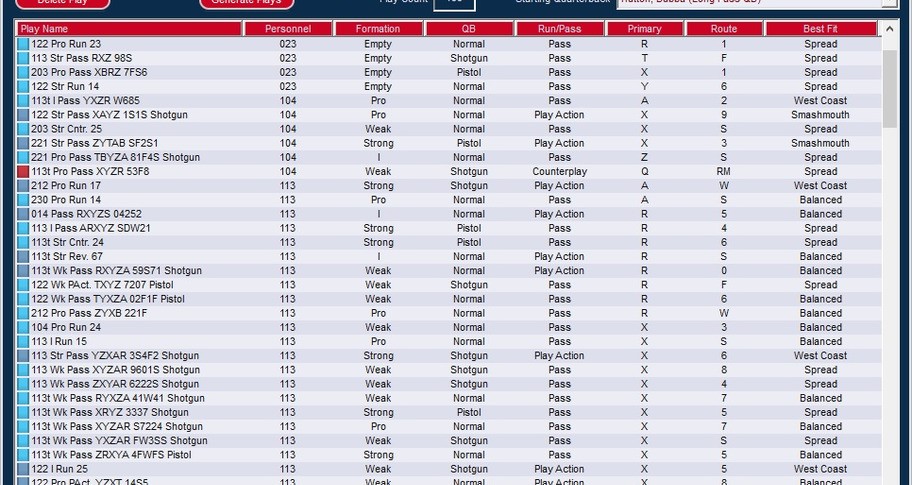 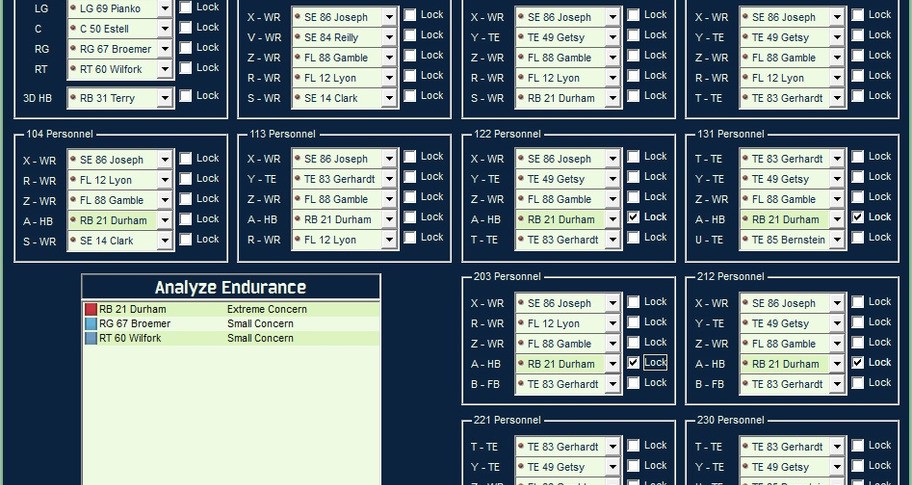 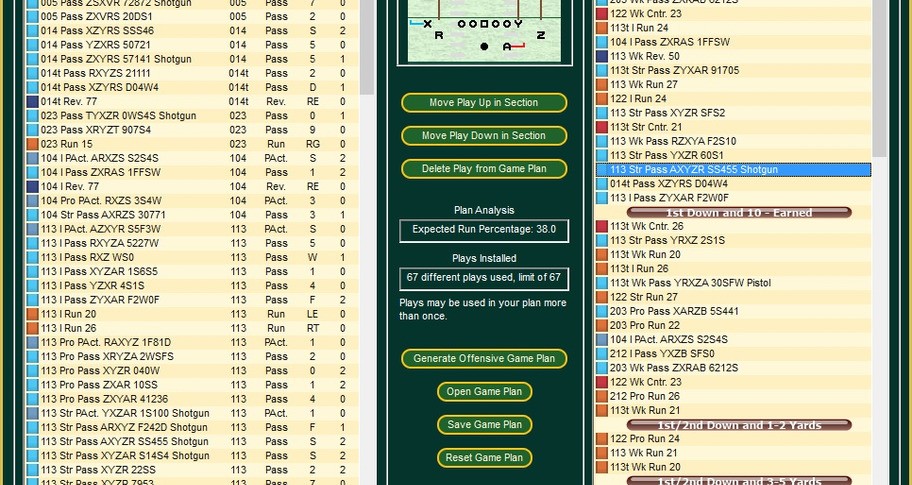 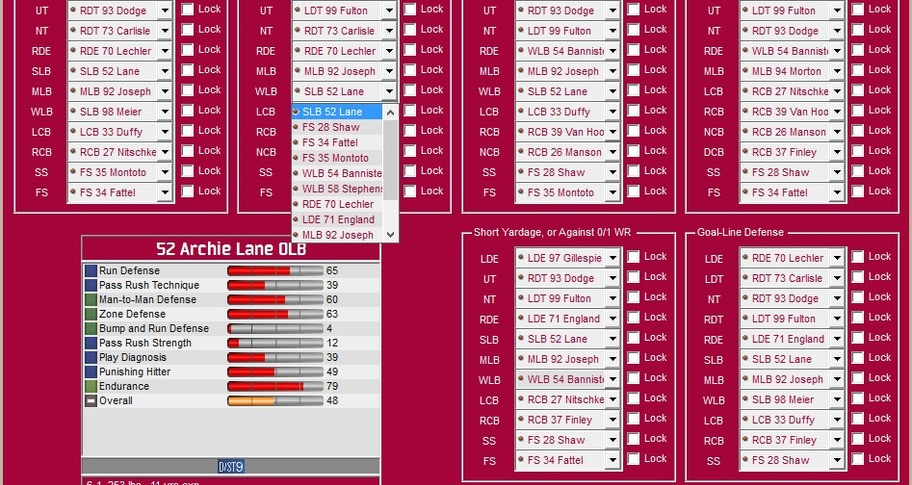 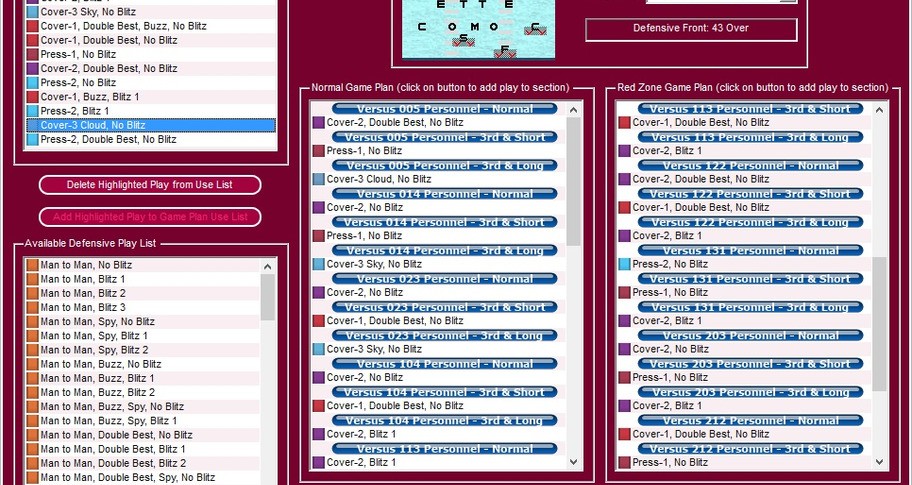 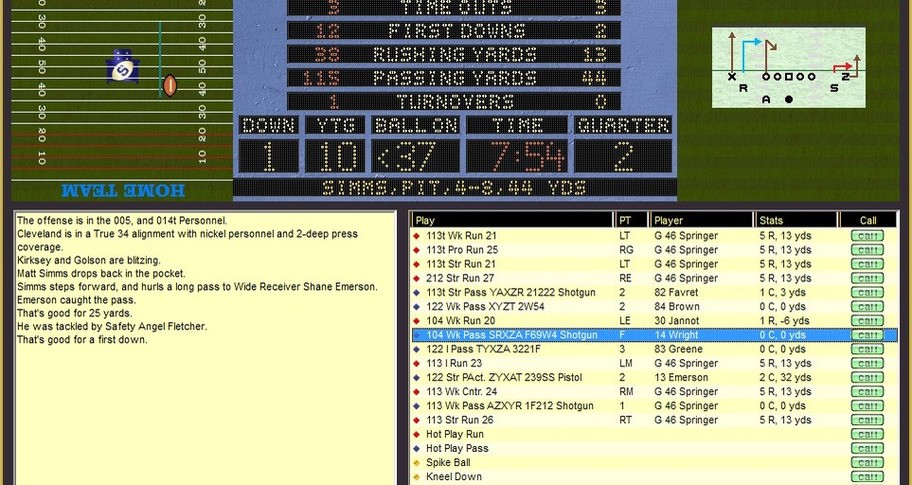 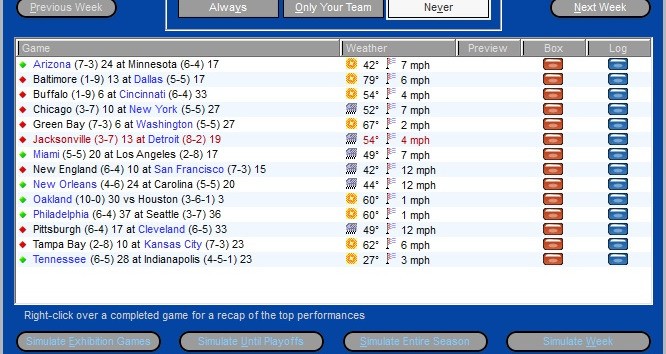 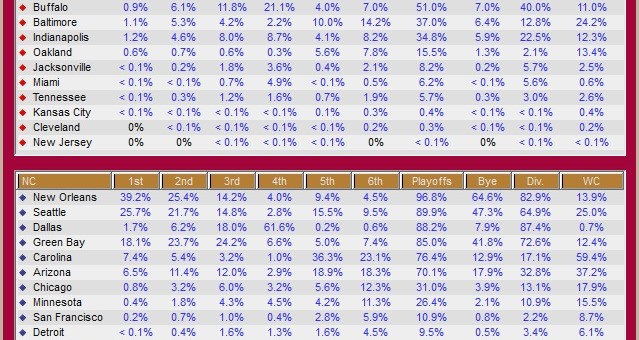 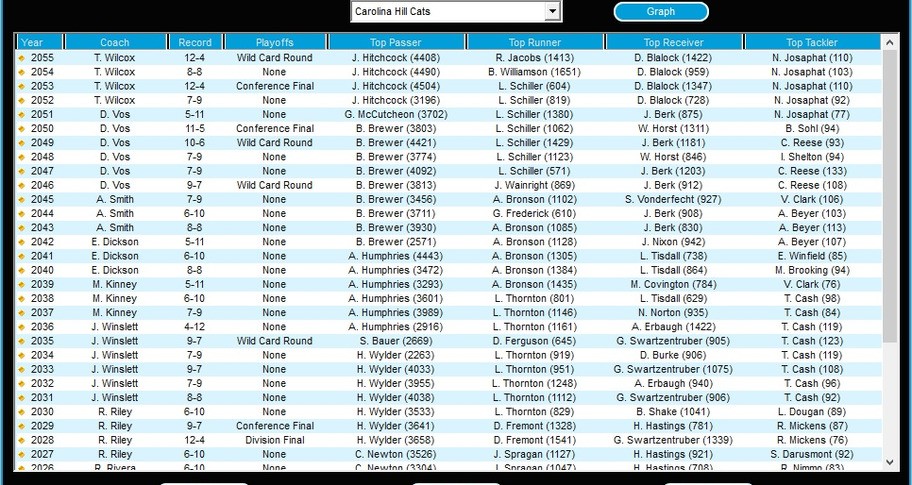 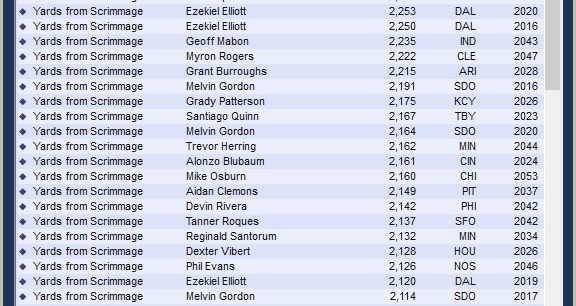 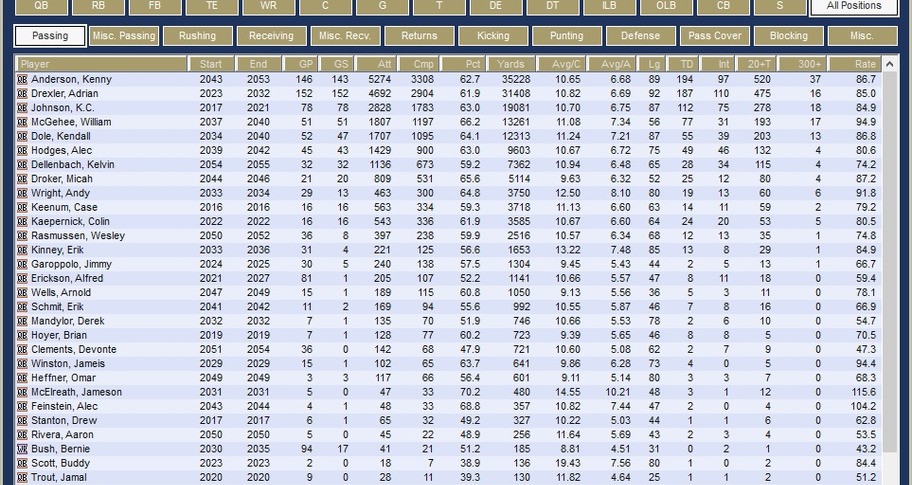 Front Office Football is a text-based sports simulation. It's a game for those of us who love the numbers in sports.

In Front Office Football, you play the role of your favorite team's general manager. You determine your team's future through trading with opponents, negotiating contracts, bidding for free agents and discovering new talent through the annual amateur draft.

You can also play the role of the armchair coach, setting game plans, creating playbooks and depth charts. You can call every play yourself if you like.

You can determine ticket prices and submit stadium construction plans for public approval. You can move your team if the public won't properly support your franchise.

Front Office Football Eight includes a multi-player career mode with full ftp support, allowing you to compete in a league with up to 31 other enthusiastic general managers. Multi-player mode runs independently of Steam and requires a commissioner to manage the web site.

The original game, released in 1998, received an Editors' Choice award from Computer Gaming World and a 4 1/2-star review. It was nominated for numerous Sports Game of the Year awards. This is the Eighth full version, updated in February 2021 with 2020 player rosters.

Put Yourself in the Front Office

In order to succeed in Front Office Football, you need to perform as well as possible in four different areas.

The game concentrates on roster management and career play. There are several key elements emphasized in the game design:

For those of you who have played Front Office Football in the past, there are dozens of new features in the game. This is our most ambitious new product to date, and you'll find it a much more realistic professional football experience.


Thanks for taking a look at Front Office Football Eight.

Front Office Football Eight sale & discount - all in one place!

GG.deals aggregates game keys from over 40 digital distribution stores so you can find the best deals on video games. All offers already include discounts from vouchers to save you time and money. Check the price history of the game to determine how good the deal is in relation to historical low offers. If the price is still too high, create a price alert and receive an email notification when Front Office Football Eight matches your budget!

We always try to make sure that price displayed in our comparison is assigned to the correct regions. However, some shops don’t share information regarding regional locks in their product feeds and that can lead to some very occasional mistakes. Before you buy Front Office Football Eight, please check the store page for any information about activation restrictions in your region. If you notice any product assigned to incorrect region on GG.deals, contact us and we will correct the listing as soon as possible.

Will I be able to download Front Office Football Eight game immediately?

If you’re short on money and want to get Front Office Football Eight for free, there are a couple of ways for you to try:

Even if Front Office Football Eight free download is not available, you can always save up and get the key at the lowest possible price using GG.deals comparison engine.

Which Front Office Football Eight shop to choose? What’s the difference between official stores and keyshops?