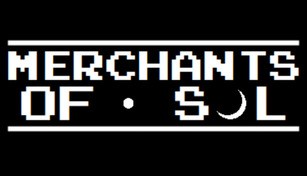 Compare prices with GG.deals to find the cheapest cd key for Merchants of Sol PC. Head over to one of the trusted game stores from our price comparison and buy cd key at the best price. Use the indicated client to activate key and download and play your game. 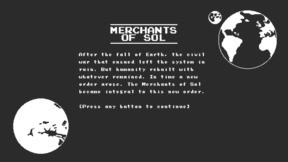 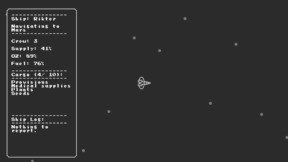 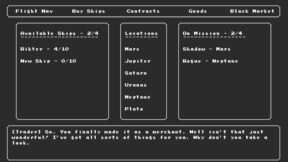 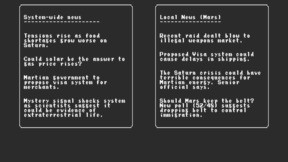 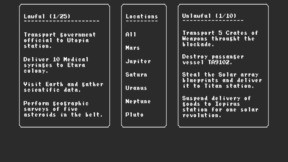 About Merchants of Sol 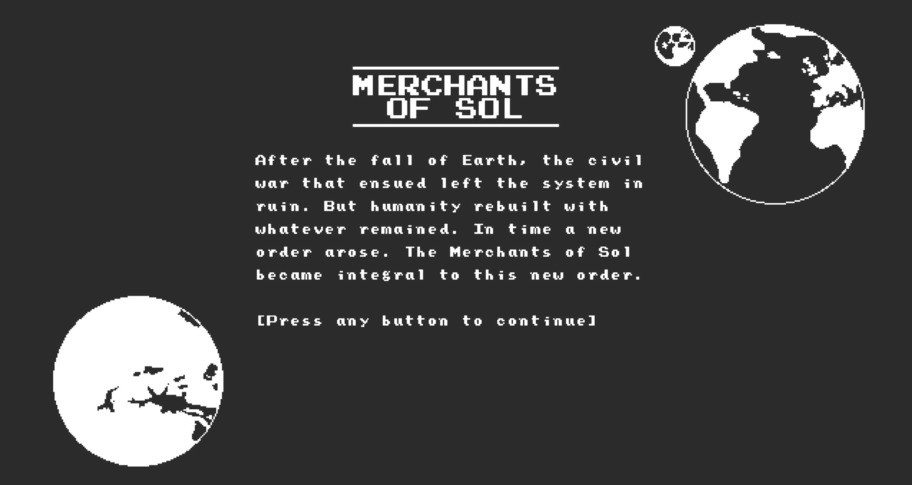 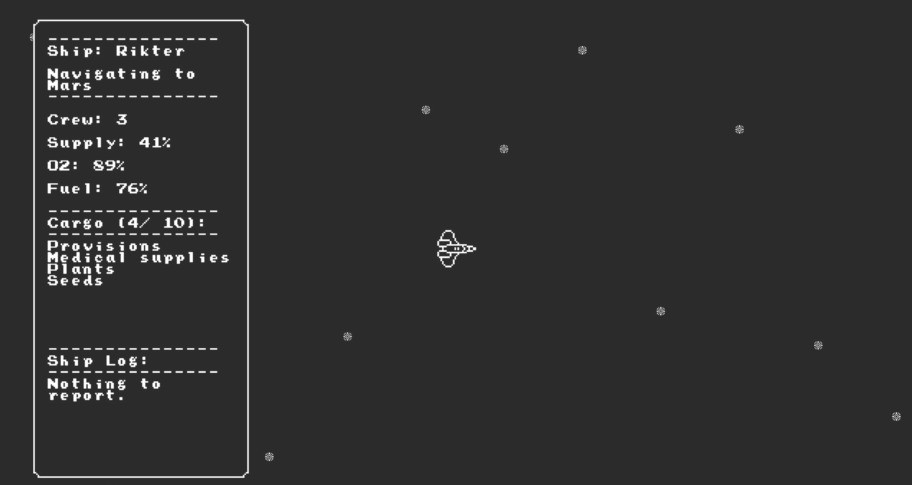 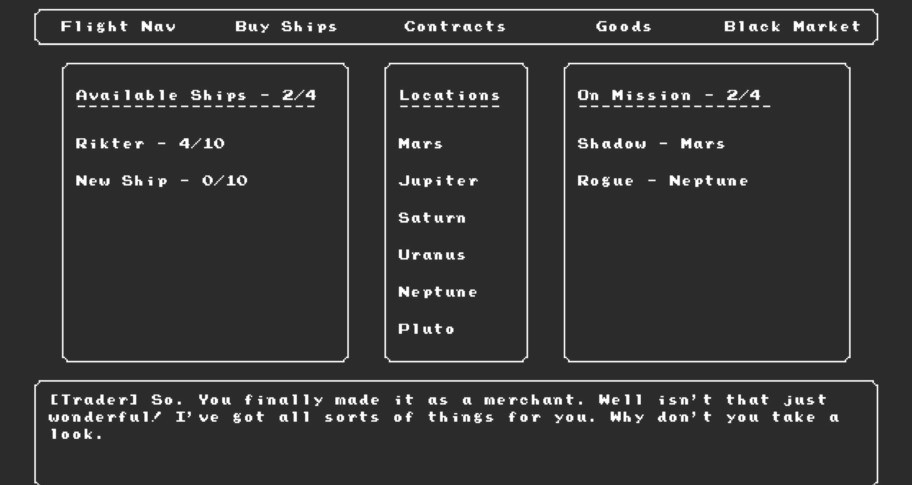 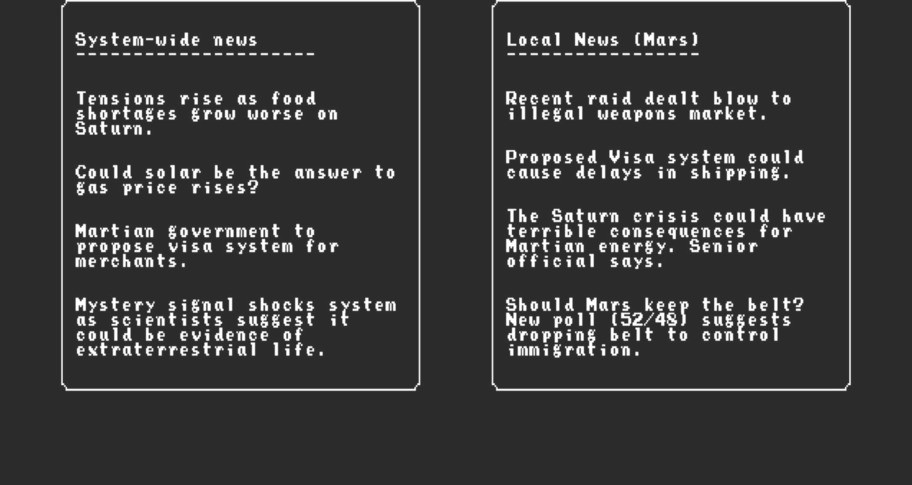 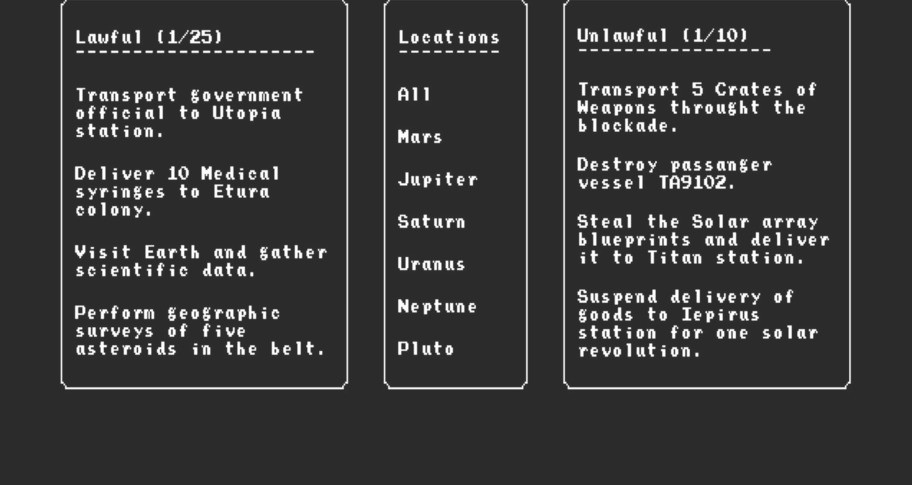 The Merchants of Sol

Is a strategy game that entails making as much money as possible using any method at your disposal. Your actions and decisions define the solar system in that wars will be declared, famines will ravage populations, political legislation will be enacted upon planets and regions, among many other outcomes. Interact with diverse people from different backgrounds and professions to further your goals.

In decades past, Earth became uninhabitable due to climate change and war. To maintain power, the planetary government of Earth proceeded to declare war for control of Mars. But they failed and left to find new territories to claim for their own. In the present day, Mars has only just recovered from the war. This could only be achieved due to the Merchants Guild that opened trading routes throughout the system. It provided Mars and the planetary colonies with essential resources that allowed them to expand and flourish. The system is rich in resources and humanity is eager to acquire as much of it as possible. It is your job as a merchant to continue this vital work.

The system is a blank canvas for you to impress your image upon. The colonies have autonomy in their decisions but at the heart of these decisions is you.

"Every society is only three meals away from chaos."

As a member of the merchants guild, humanity is at your mercy. The fragile structure that remains after the civil war is reliant on the merchants to transport resources to and from the colonies. But what does this mean for you, the player?

Use everything tool at your disposal to succeed.

The system isn't just a bland and featureless landscape; but instead a vibrant and diverse palette of humanity where your actions matter. The people you interact with have opinions, likes, wants, needs. Colonies can thrive or be decimated by various issues. You can help them or hinder them. Whichever makes you more money. Be ruthless and wicked, or be a beacon of hope for a desperate people.

We want to encourage modding. So this game will come with a modding tool that helps you to easily access its functions, allowing everyone the chance to mod the game with little or no knowledge of modding. But many of the games files are also easily accessible through configuration files allowing more flexibility for those who have experience. This has been done to make modding as easy and accessible as possible. We're also including written tutorials on how to access and use these features. You'll be able to create your own ships, planets, items, people, quests, and more.

Price History of Merchants of Sol

Merchants of Sol sale & discount - all in one place!

GG.deals aggregates game keys from over 40 digital distribution stores so you can find the best deals on video games. All offers already include discounts from vouchers to save you time and money. Check the price history of the game to determine how good the deal is in relation to historical low offers. If the price is still too high, create a price alert and receive an email notification when Merchants of Sol matches your budget!

Does Merchants of Sol cd key activate in my region?

We always try to make sure that price displayed in our comparison is assigned to the correct regions. However, some shops don’t share information regarding regional locks in their product feeds and that can lead to some very occasional mistakes. Before you buy Merchants of Sol, please check the store page for any information about activation restrictions in your region. If you notice any product assigned to incorrect region on GG.deals, contact us and we will correct the listing as soon as possible.

Will I be able to download Merchants of Sol game immediately?

If you’re short on money and want to get Merchants of Sol for free, there are a couple of ways for you to try:

Even if Merchants of Sol free download is not available, you can always save up and get the key at the lowest possible price using GG.deals comparison engine.

Which Merchants of Sol shop to choose? What’s the difference between official stores and keyshops?