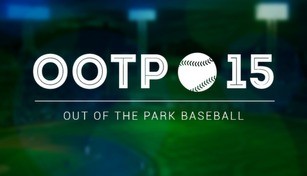 Buy Out of the Park Baseball 15 PC

Compare prices with GG.deals to find the cheapest cd key for Out of the Park Baseball 15 PC. Head over to one of the trusted game stores from our price comparison and buy cd key at the best price. Use the indicated client to activate key and download and play your game.

Out of the Park Developments

About Out of the Park Baseball 15

Out of the Park Baseball 15 is the 2014 version of the award-winning baseball game that GameSpot called "the best baseball management sim out there". OOTP offers unparalleled flexibility in creating your own baseball world and guiding your favorite baseball franchise to glory. Play solo with a baseball world of your own creation: play a typical major league game with real 2014 rosters including full minor leagues, make a simple, 8-team league, create a historical league with real players from any year between 1871 and 2013 or build an enormous world with baseball leagues in multiple countries. For the ultimate challenge, join an online league and test your mettle against other human players! Out of the Park Baseball is the closest most people can get to being the general manager of a real baseball team. Handle GM tasks like drafts, trades, scouting, waivers, team finances and personnel. Negotiate player contracts. Or, dive into the more hands-on management and set your team's lineups, pitching staffs, and in-game strategy. You can oversee your league at a high level, or play out each game, managing pitch by pitch and making all the calls from the dugout. Players in OOTP are rated across multiple skills, and include individual personalities and custom faces created with FaceGen technology. OOTP players progress realistically over time. Try to build a team through the draft, or try to sign big free agents to put you over the top! OOTP also has a powerful news engine that generates personal messages and news articles. Behind all of this is an incredibly powerful statistical engine that tracks an enormous number of statistics for each player in your world. Want to know how your star hitter is doing against righties with runners in scoring position? No problem! New Features in Out of the Park Baseball 15: 2014 Opening Day major leagues roster set, plus seven international leagues with real roster sets (Japan, Korea, Taiwan, Mexico, Cuba, Italy, The Netherlands) 3D ballpark and 3D ball flight support A brand new interface introducing many new screens and a completely recoded manager home screen New (optional) player rating system, examine how your players compare to league average Easily create games with historical teams from different years competing in a single league Improved spring training, with non-roster invitees, customizable spring training roster size and spring training length Many new league rules & options (i.e. posting system, purchase players for cash, minor league age limits etc.) Proper support for independent leagues New Playoff matchups editor Better league news and play-by-play commentary text Improved player-creation algorithms, resulting in the best player development ever. Various AI and core engine improvements, making the most realistic game even more realistic. Much more, over 100 new features & improvements Out of the Park Baseball also has a vibrant and helpful user community, and an active one that creates a vast number of user customizations that you can use to further improve your gaming experience, including special roster sets, logos, player images, and more. If you are a baseball fan, you need this game!

Price History of Out of the Park Baseball 15

Out of the Park Baseball 15 sale & discount - all in one place!

GG.deals aggregates game keys from over 40 digital distribution stores so you can find the best deals on video games. All offers already include discounts from vouchers to save you time and money. Check the price history of the game to determine how good the deal is in relation to historical low offers. If the price is still too high, create a price alert and receive an email notification when Out of the Park Baseball 15 matches your budget!

Does Out of the Park Baseball 15 cd key activate in my region?

We always try to make sure that price displayed in our comparison is assigned to the correct regions. However, some shops don’t share information regarding regional locks in their product feeds and that can lead to some very occasional mistakes. Before you buy Out of the Park Baseball 15, please check the store page for any information about activation restrictions in your region. If you notice any product assigned to incorrect region on GG.deals, contact us and we will correct the listing as soon as possible.

Will I be able to download Out of the Park Baseball 15 game immediately?

If you’re short on money and want to get Out of the Park Baseball 15 for free, there are a couple of ways for you to try:

Even if Out of the Park Baseball 15 free download is not available, you can always save up and get the key at the lowest possible price using GG.deals comparison engine.

Which Out of the Park Baseball 15 shop to choose? What’s the difference between official stores and keyshops?