Compare prices with GG.deals to find the cheapest cd key for SGS Halls of Montezuma PC. Head over to one of the trusted game stores from our price comparison and buy cd key at the lowest price. Use the indicated client to activate key and download and play your game.

About SGS Halls of Montezuma 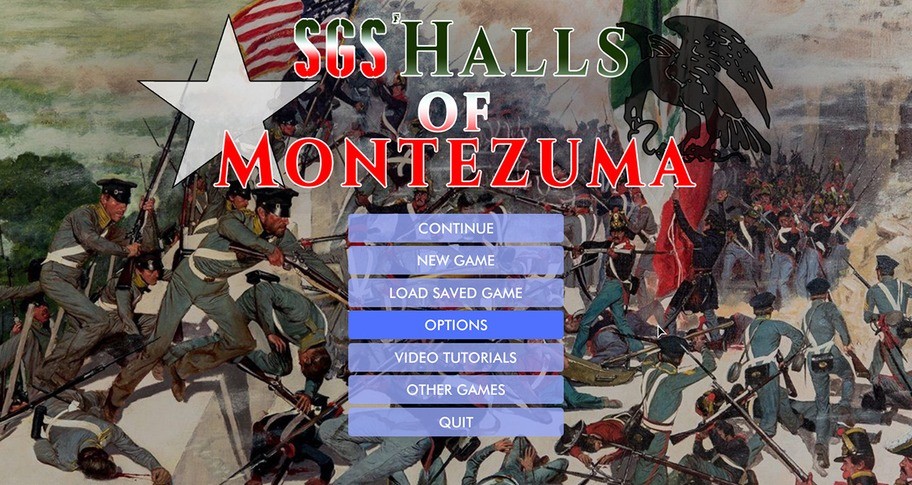 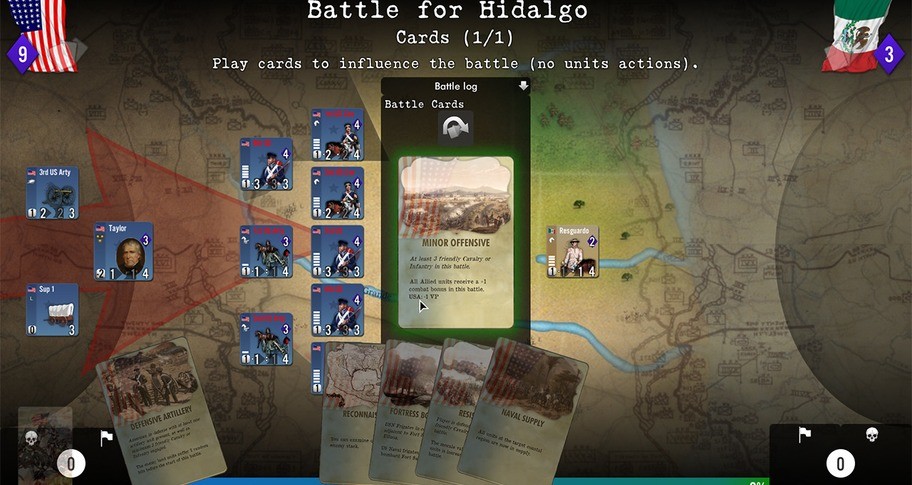 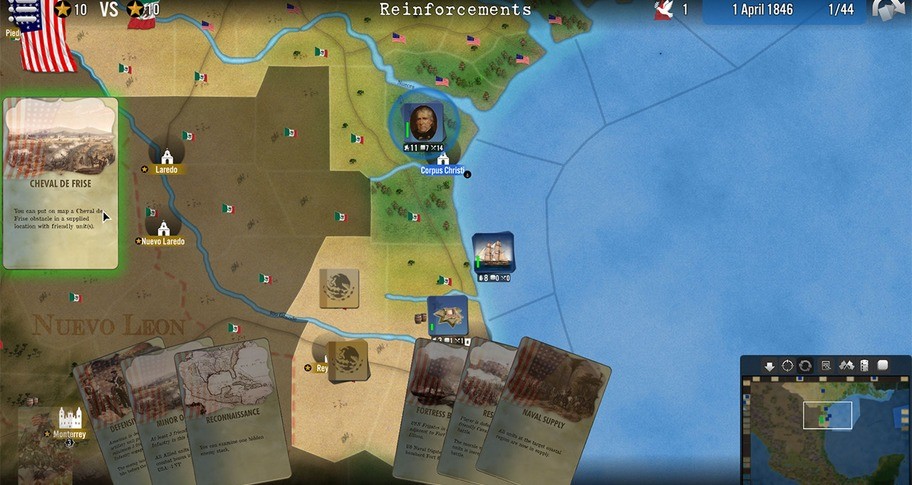 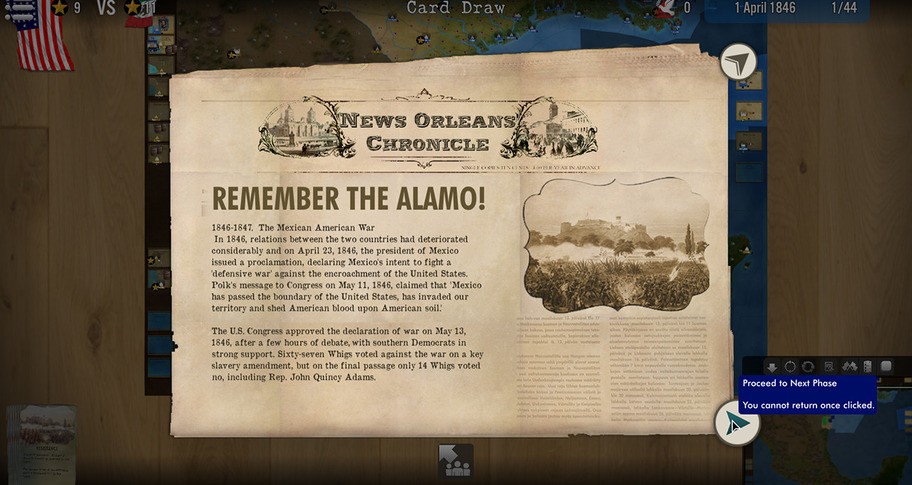 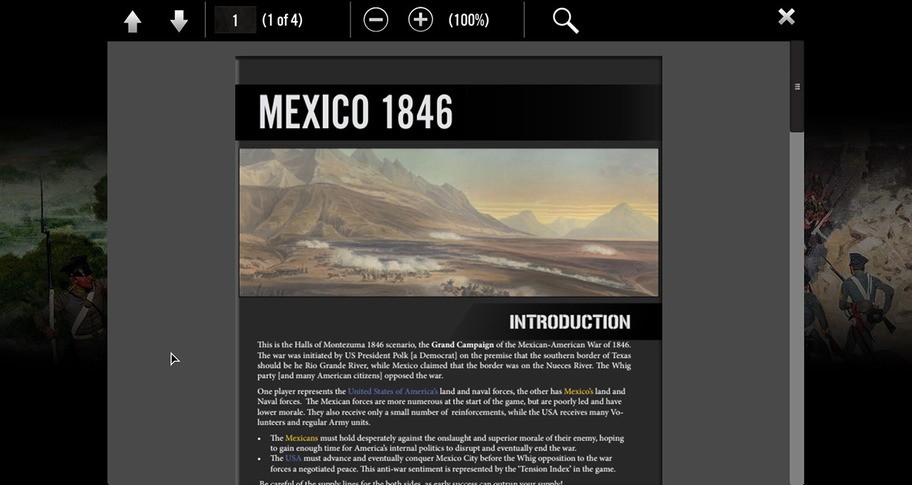 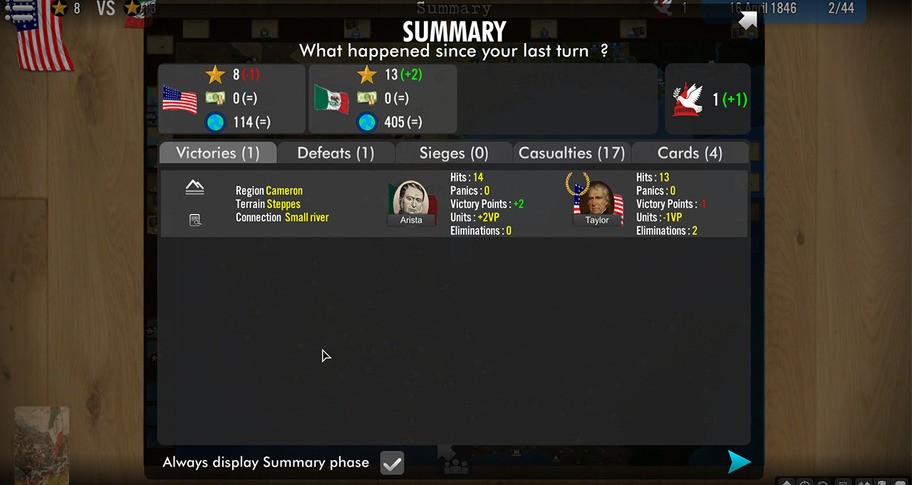 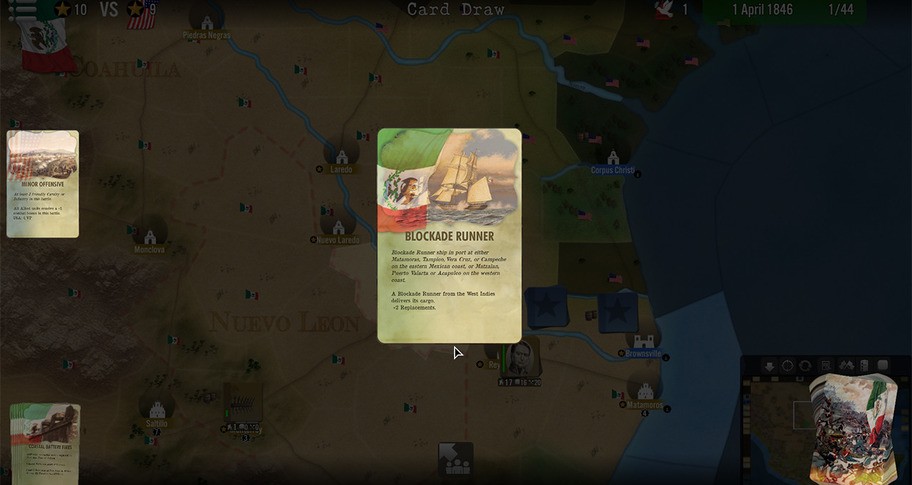 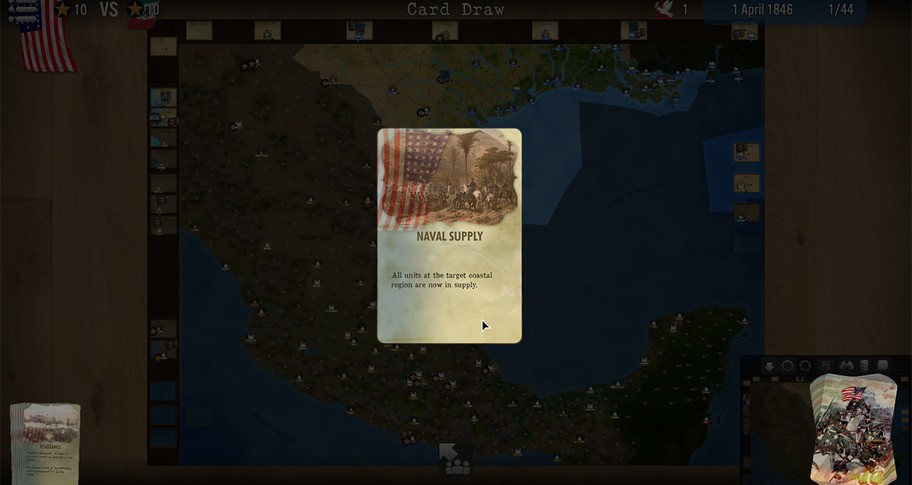 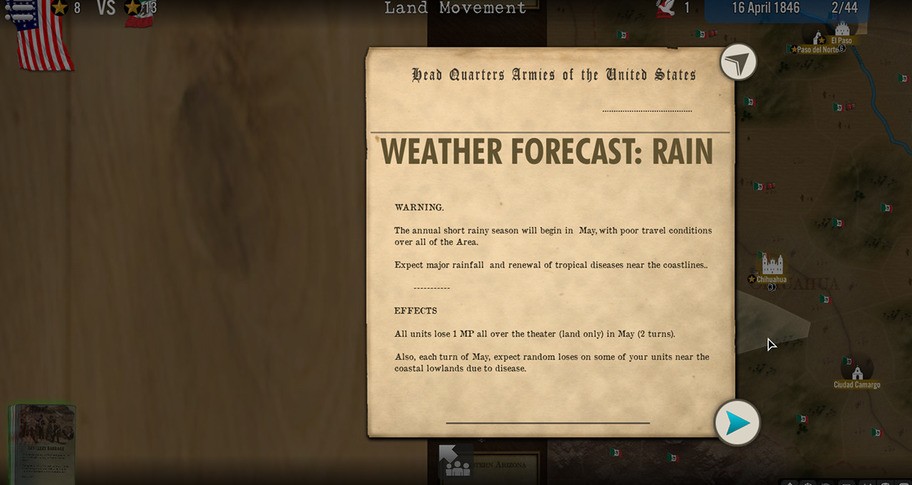 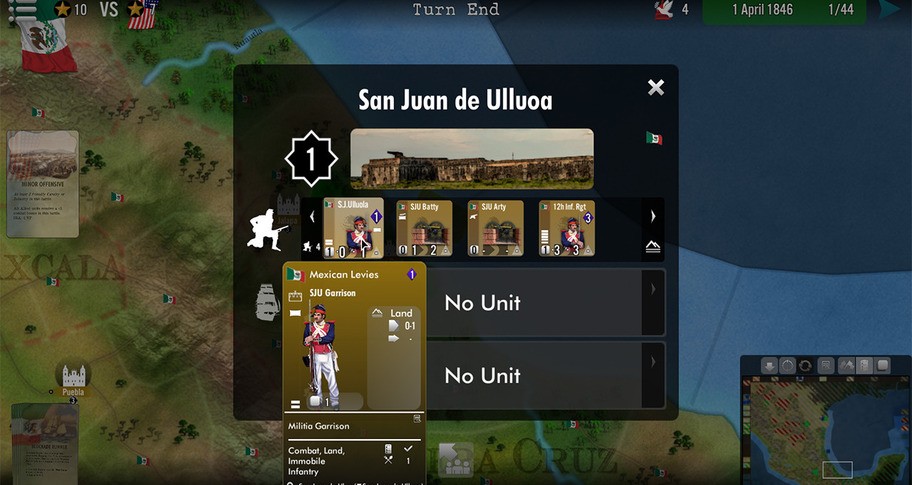 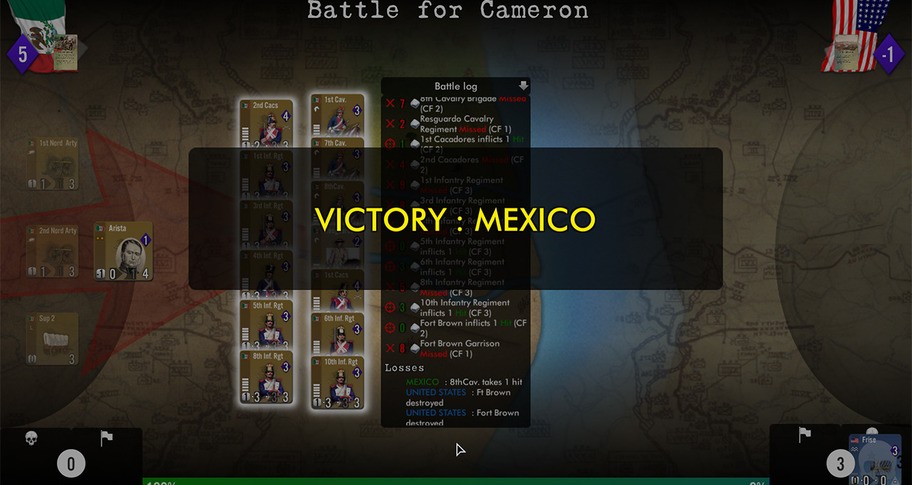 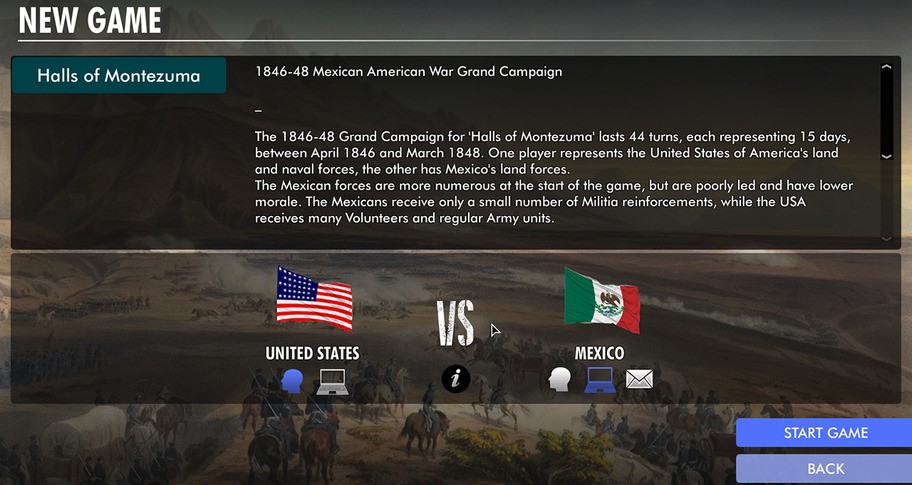 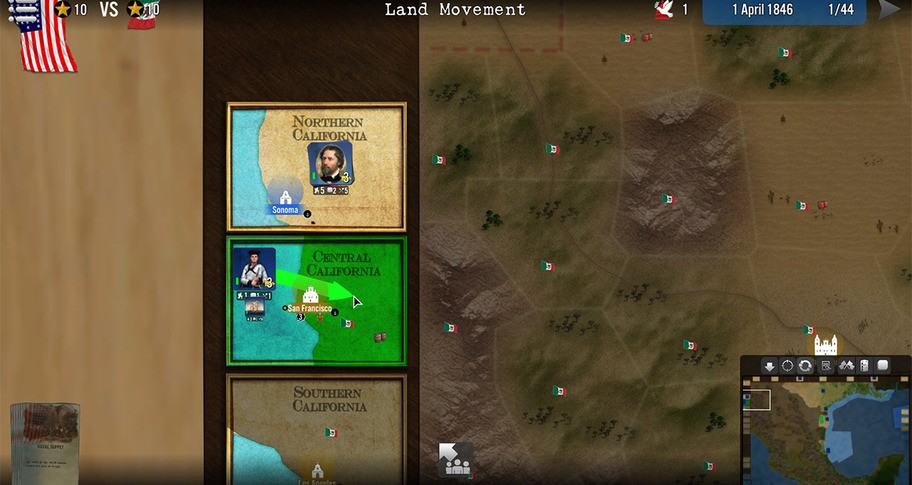 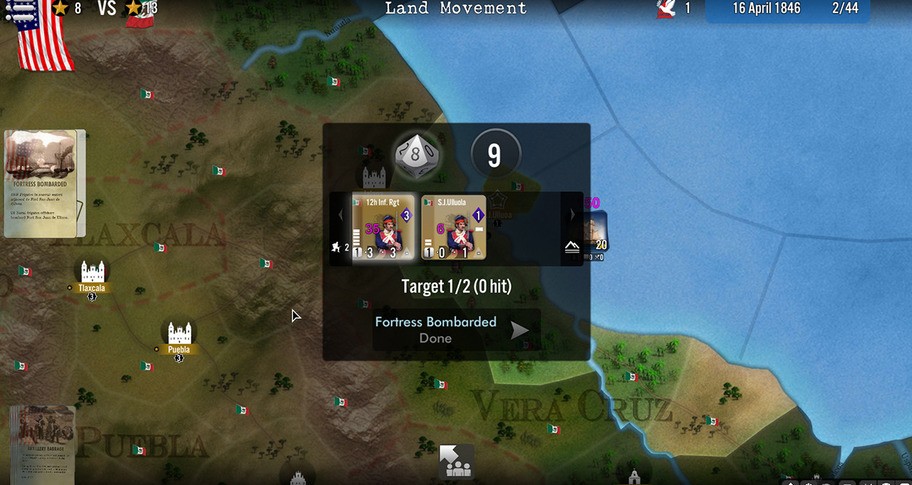 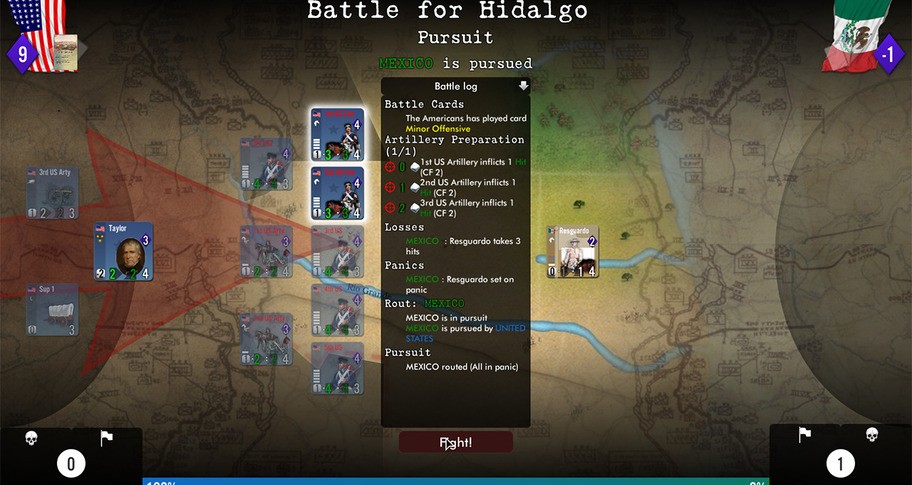 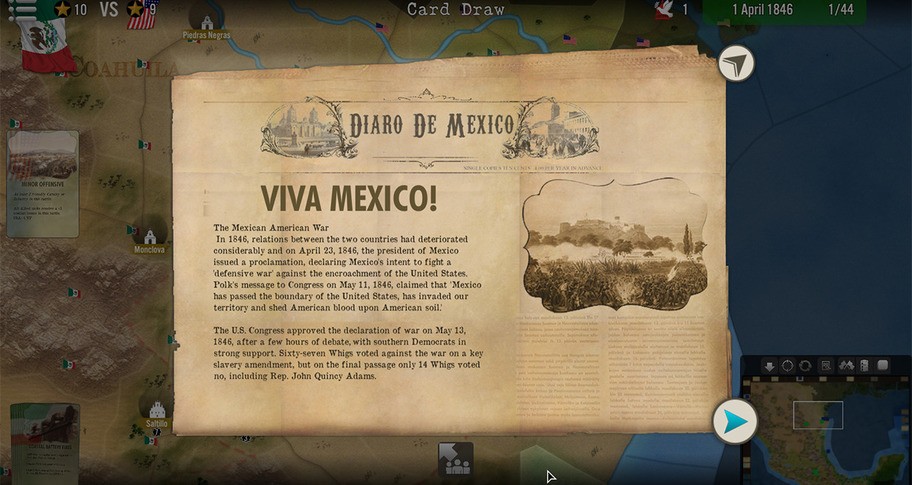 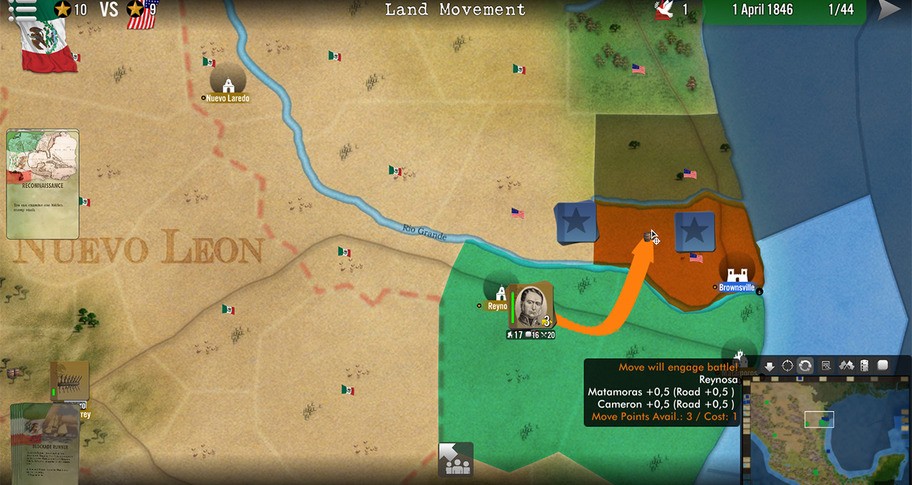 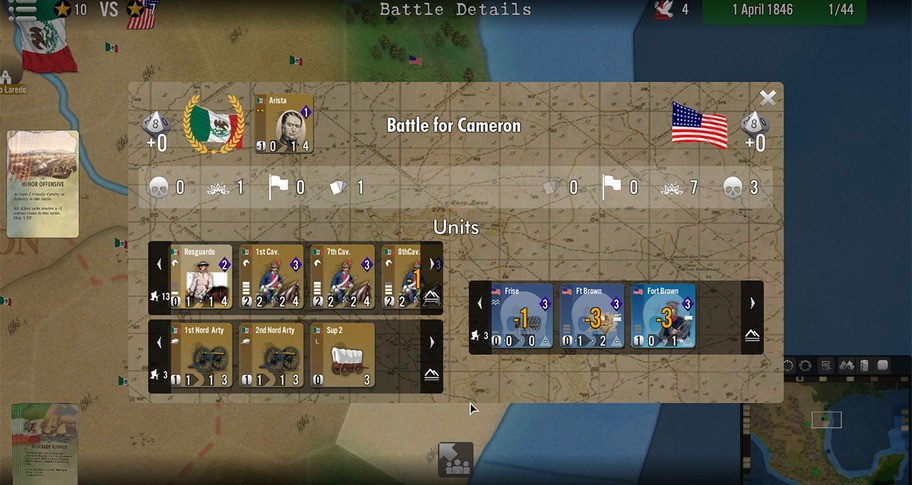 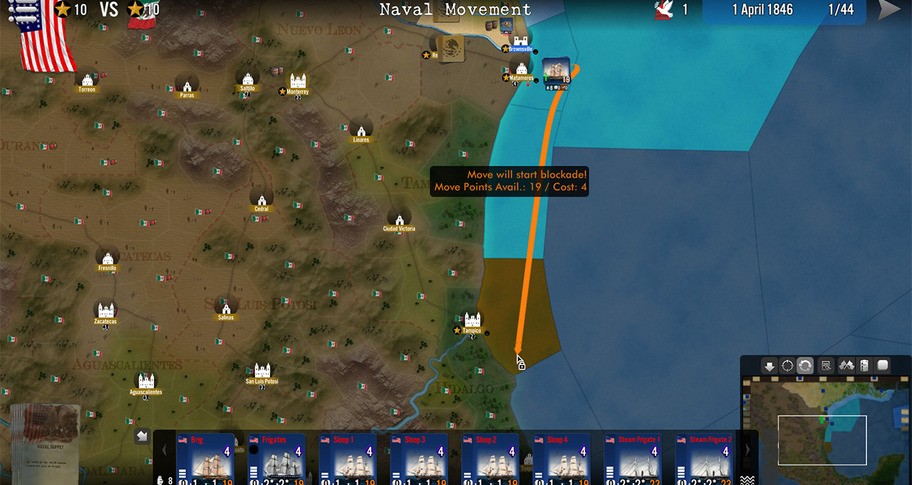 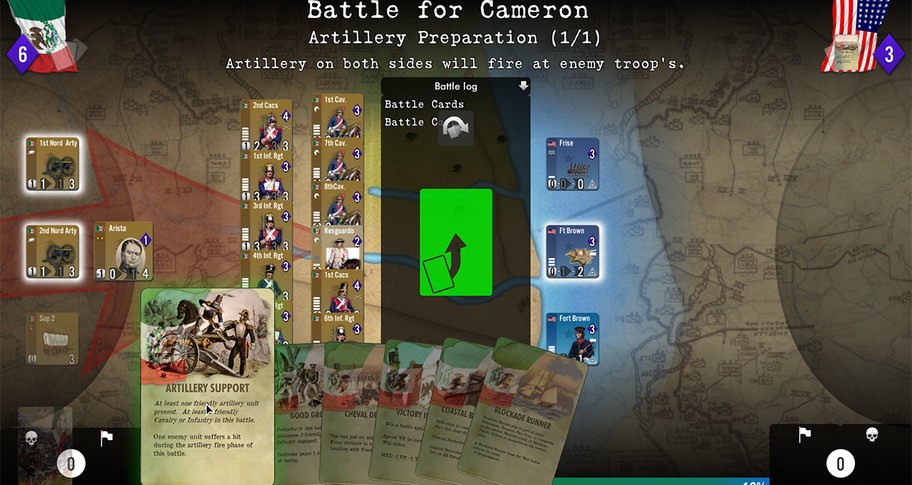 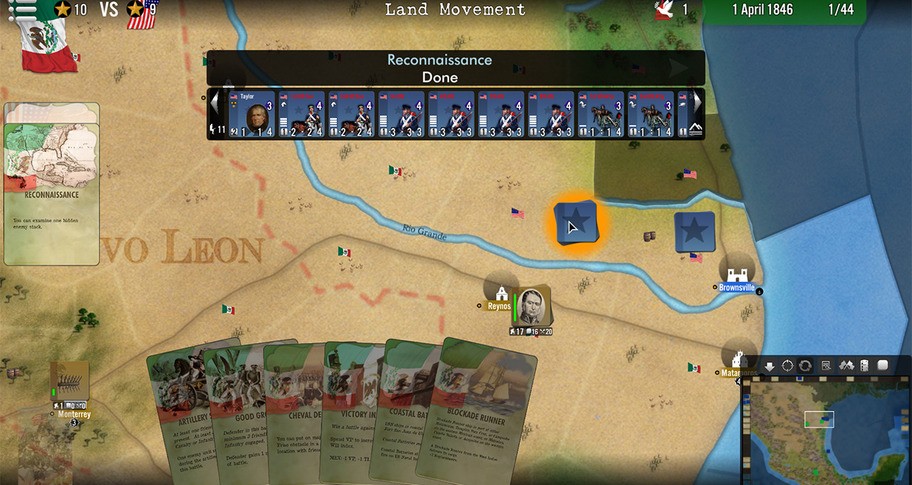 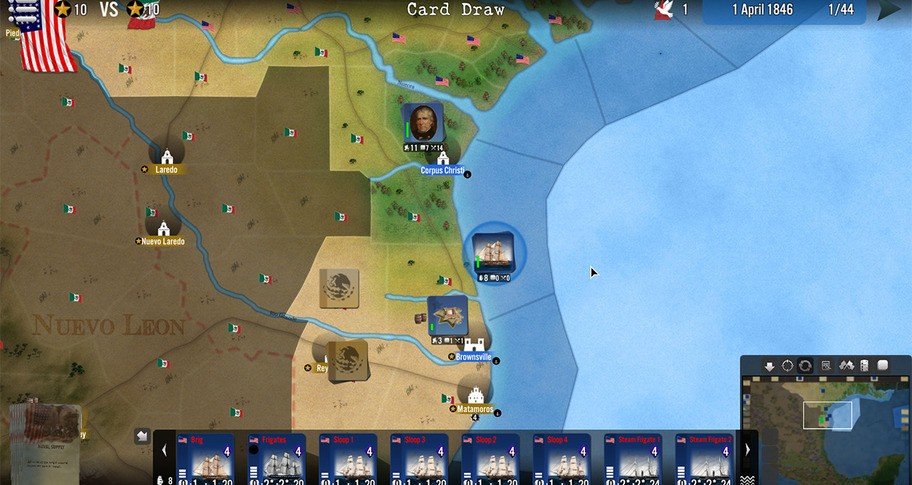 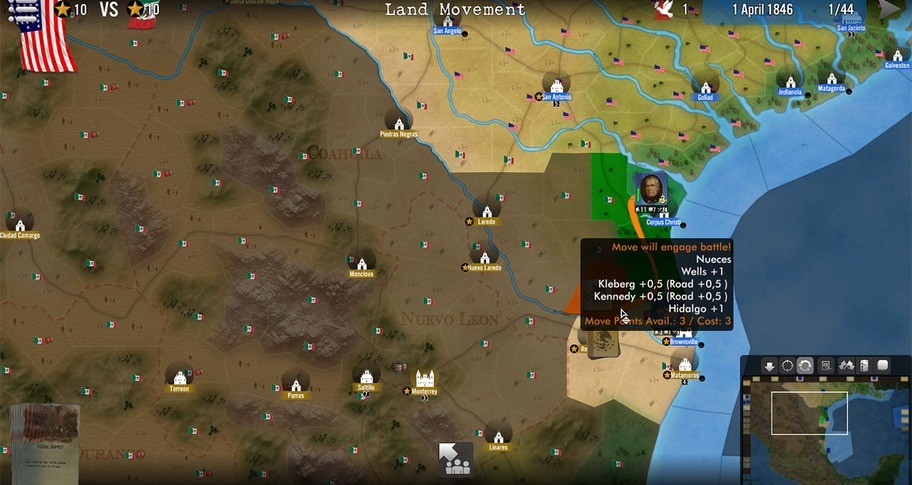 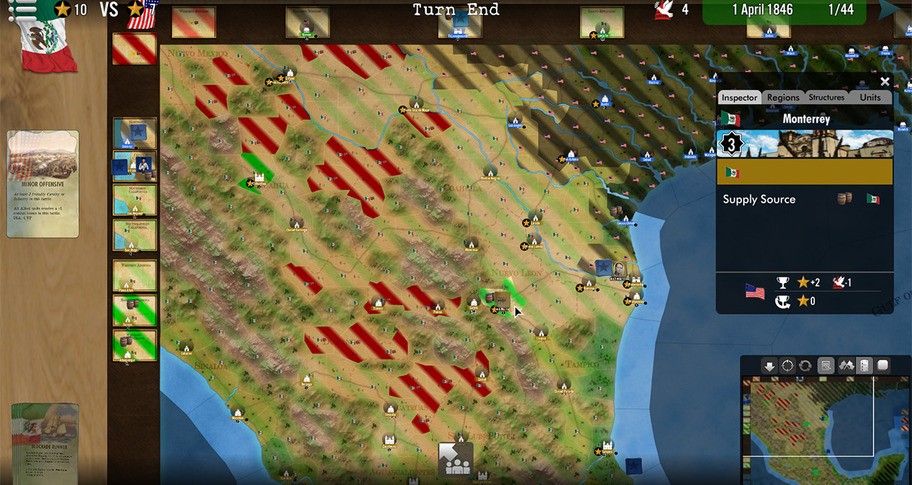 Halls of Montezuma recreates the Mexican-American war of 1846-1848. Play the USA and conquer Mexico City before Whig opposition in Congress forces a negotiated peace. As Mexico, hold desperately against the enemy’s onslaught, to gain enough time for America's internal politics to end the war.

The Halls of Montezuma game contains many scenarios, covering different periods of the Mexican-American war of 1846-1848. The war was initiated by US President Polk on the premise that the southern border of Texas should be he Rio Grande River, while Mexico claimed that the border was on the Nueces River. The Whig party and many American citizens opposed the war, and this is a decisive factor in the game. Small scenarios cover the early stages of the war over the disputed territories in southern Texas or, in the West, in California and New Mexico. Another scenario deals with Scott’s famous 1847 campaign, starting with the landing at Vera Cruz till the capture of Mexico city. And, of course, a complete Grand Campaign covers the whole war.
Scenario durations last from 8 turns (for the smaller ones) to over 44 turns, each representing a two-weeks period between April 1846 and March 1848.

One player represents the United States of America's land and naval forces, the other has Mexico's land and Naval forces.


Be careful of the potential weakness of some quality but small units. As the USA, losing regular army units will seriously affect the anti-war sentiment at home. Watch your supply assets, as early success may easily outrun your capacities in the logistical nightmare of Mexico in the early 19th century.

The game's event and cards allow full replay ability thanks to the numerous various situations that they create on the diplomatic, military, political or economical fields.

The game is named after and in tribute of the USMC famous hymn.

Estimated Playtime: from 1h00 to many hours...
Favored Side: USA.
Hardest to Play: Mexico.

SGS Halls of Montezuma sale & discount - all in one place!

GG.deals aggregates game keys from over 40 digital distribution stores so you can find the best deals on video games. All offers already include discounts from vouchers to save you time and money. Check the price history of the game to determine how good the deal is in relation to historical low offers. If the price is still too high, create a price alert and receive an email notification when SGS Halls of Montezuma matches your budget!

Does SGS Halls of Montezuma cd key activate in my region?

We always try to make sure that price displayed in our comparison is assigned to the correct regions. However, some shops don’t share information regarding regional locks in their product feeds and that can lead to some very occasional mistakes. Before you buy SGS Halls of Montezuma, please check the store page for any information about activation restrictions in your region. If you notice any product assigned to incorrect region on GG.deals, contact us and we will correct the listing as soon as possible.

Will I be able to download SGS Halls of Montezuma game immediately?

If you’re short on money and want to get SGS Halls of Montezuma for free, there are a couple of ways for you to try:

Even if SGS Halls of Montezuma free download is not available, you can always save up and get the key at the lowest possible price using GG.deals comparison engine.

Which SGS Halls of Montezuma shop to choose? What’s the difference between official stores and keyshops?