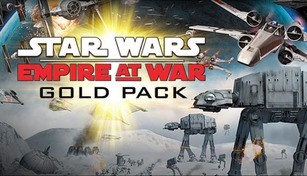 Compare prices with GG.deals to find the cheapest cd key for STAR WARS Empire at War - Gold Pack PC. Head over to one of the trusted game stores from our price comparison and buy cd key at the best price. Use the indicated client to activate key and download and play your game. 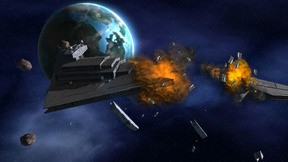 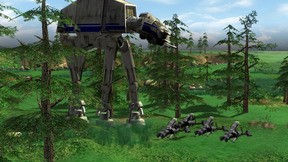 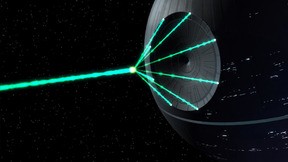 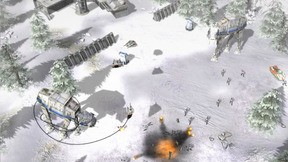 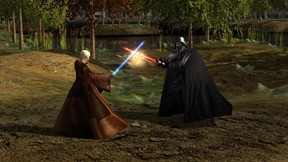 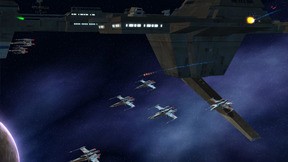 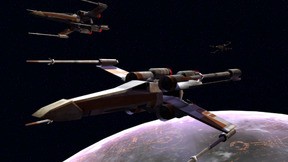 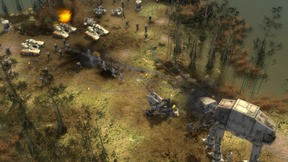 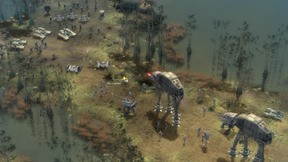 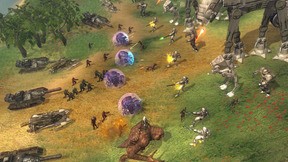 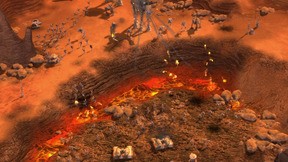 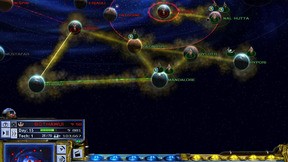 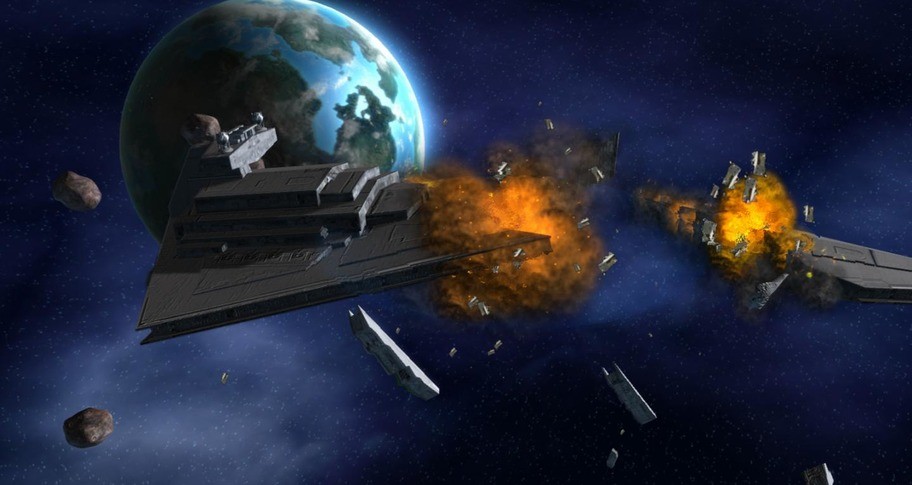 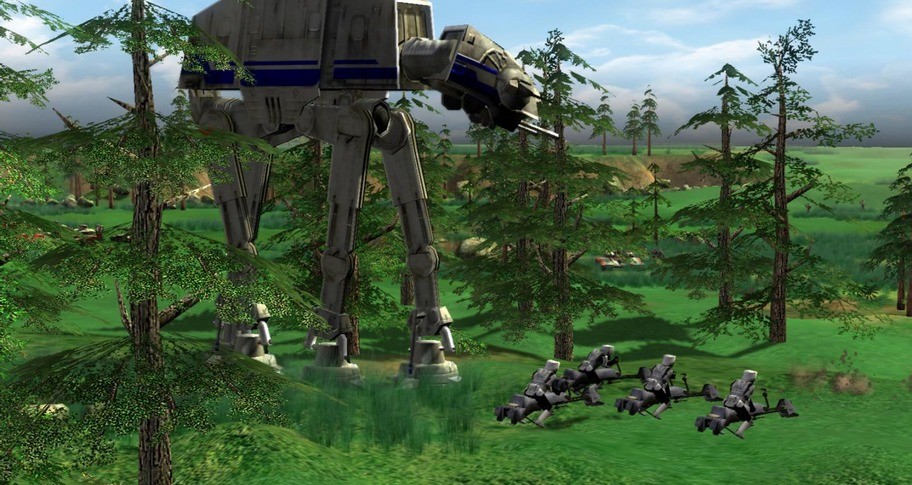 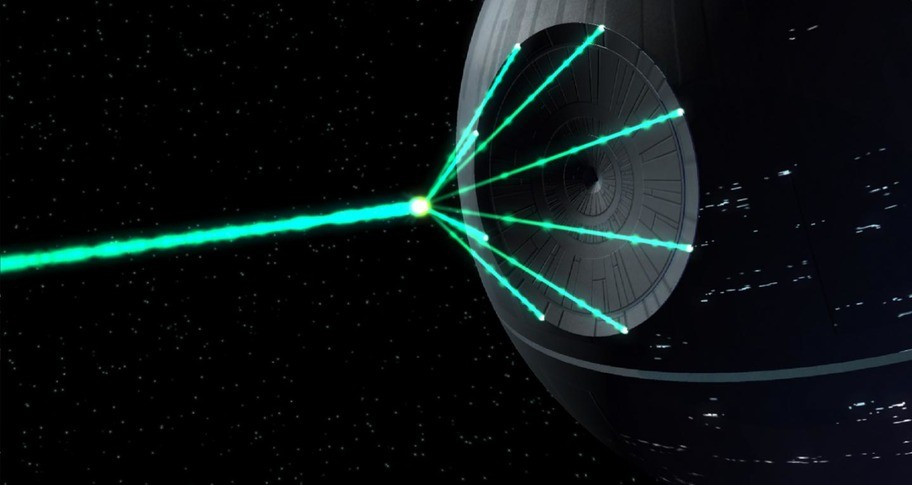 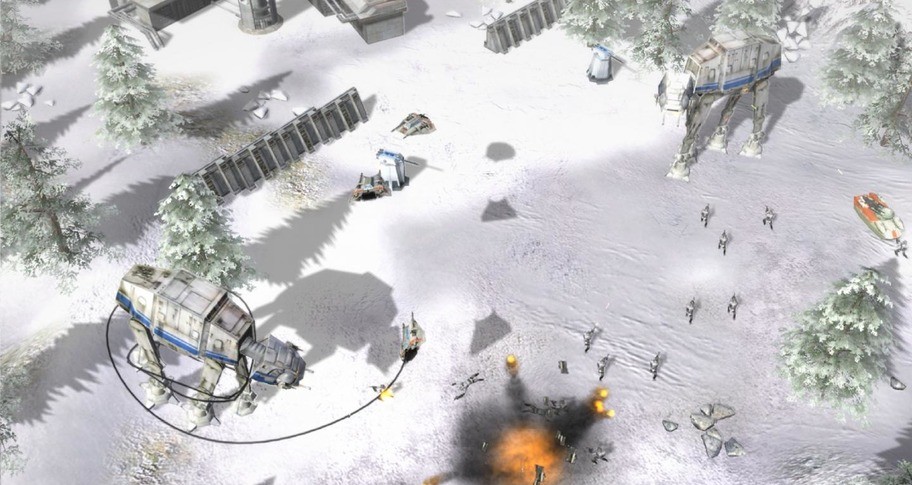 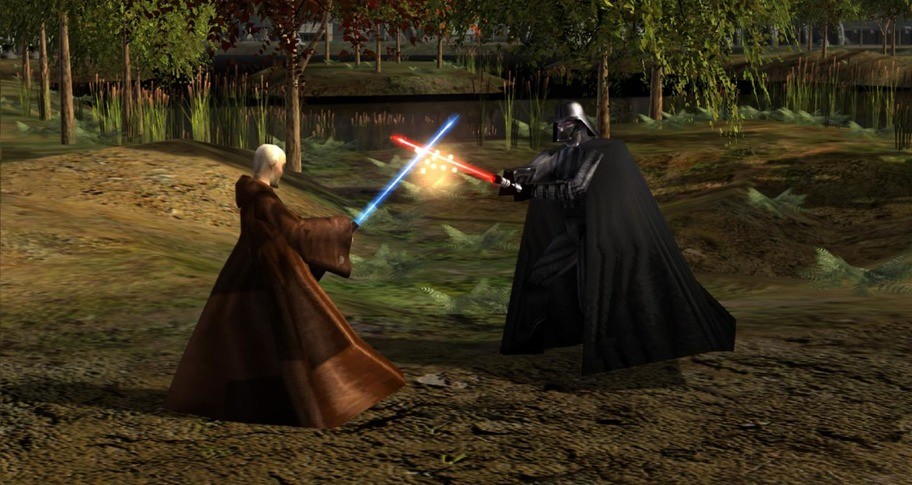 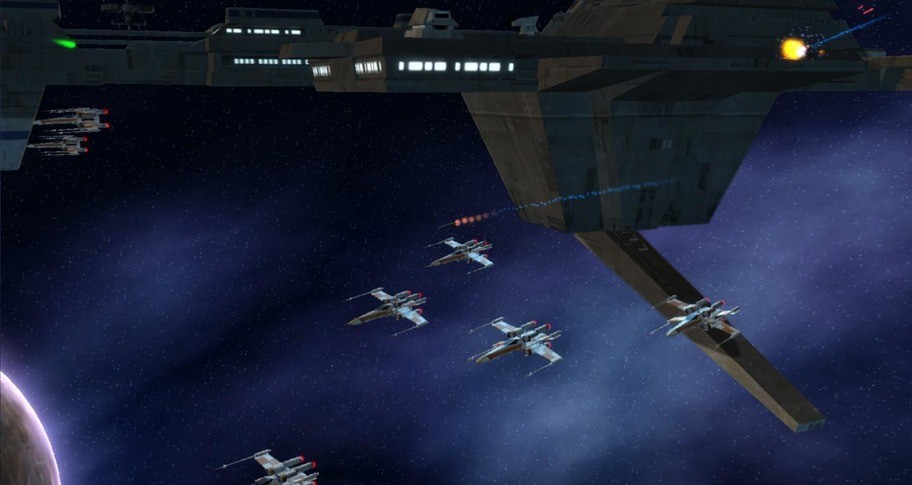 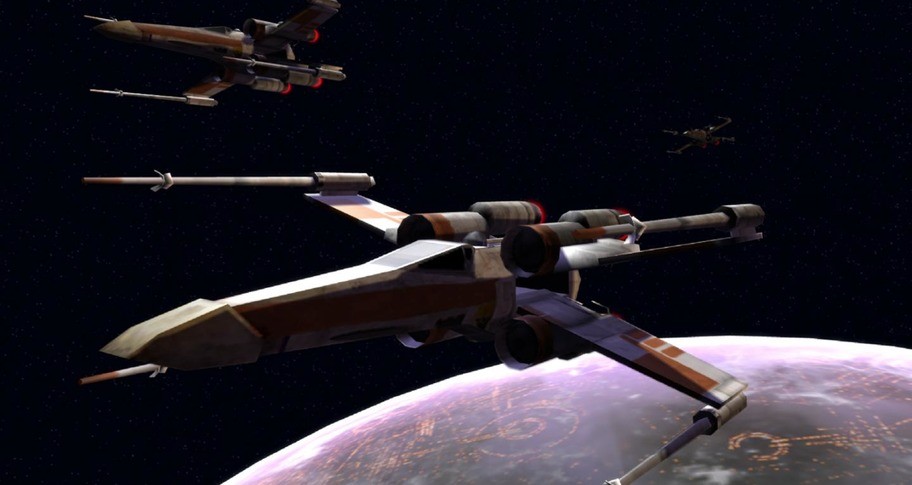 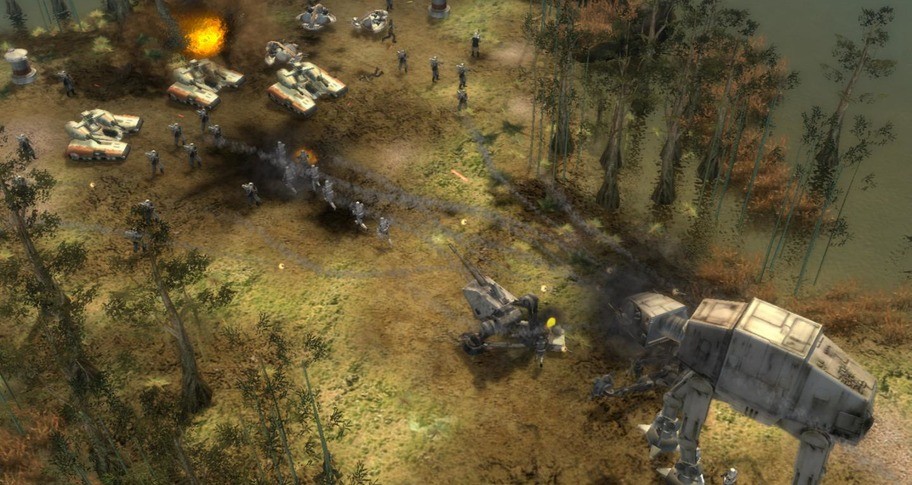 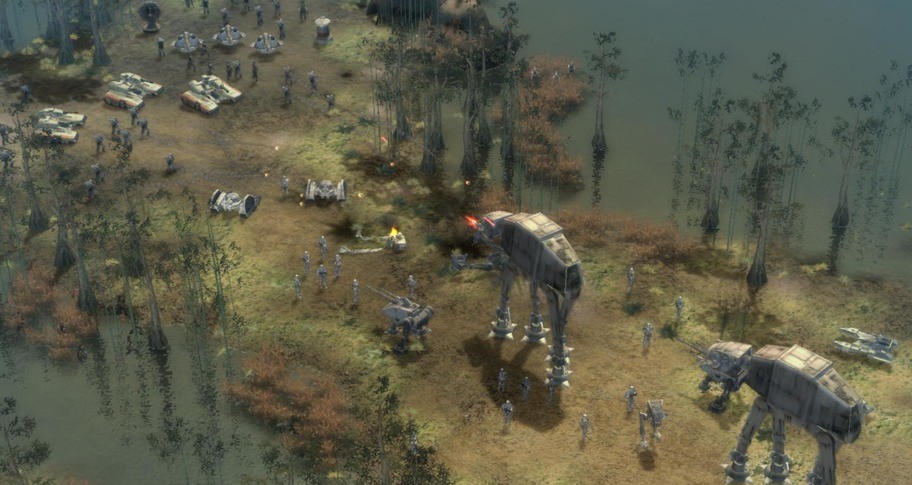 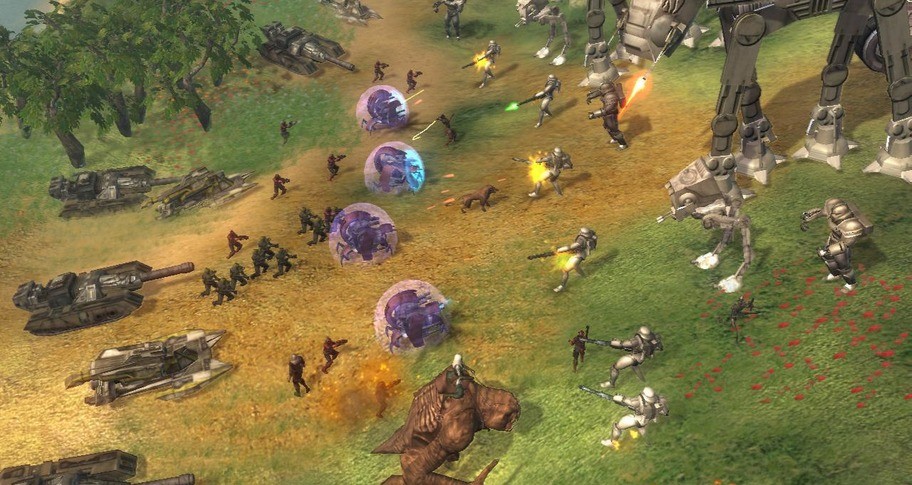 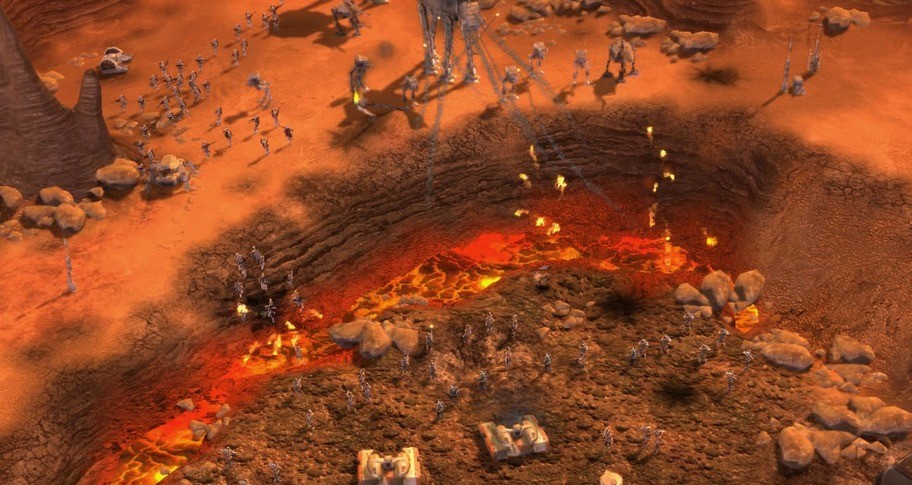 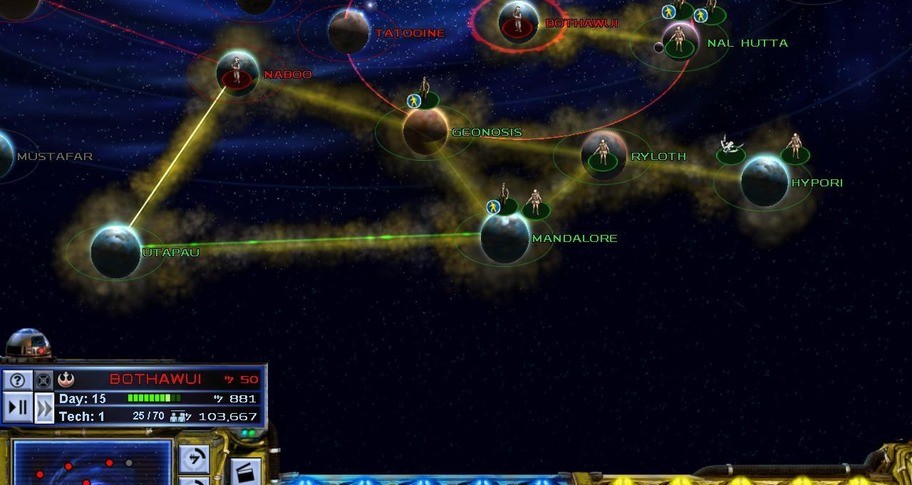 Command or corrupt an entire galaxy in the definitive Star Wars strategy collection. It is a time of galactic civil war. Will you take up the reins of the Rebellion, assume control of the Empire, or rule the Star Wars Underworld?
Star Wars Empire at War:
From the lives of soldiers to the deaths of planets, you are the supreme galactic commander. It is a time of galactic civil war. Take up the reins of the Rebellion or assume control for the Empire. Whichever you choose, it will be up to YOU to steer your side to ultimate victory. Command everything from individual troops to starships and even the mighty Death Star as you execute campaigns on the ground, in space and across the galaxy. Forget tedious resource gathering – just jump straight into the heart of the action. You can even change Star Wars history! Every decision affects your next battle and every battle helps shape the fate of the galaxy.

Star Wars® Empire at War™: Forces of Corruption™:
You’ve played the light side. You’ve played the dark side. Now play the corrupt side! As Tyber Zann you’ll stop at nothing to become the most notorious criminal leader since Jabba the Hutt. With all new tactics like piracy, kidnapping, racketeering and bribery, you can control the shadowy forces of corruption in your attempt to rule the Star Wars underworld. Don’t just control the galaxy…corrupt it!

STAR WARS Empire at War - Gold Pack sale & discount - all in one place!

GG.deals aggregates game keys from over 40 digital distribution stores so you can find the best deals on video games. All offers already include discounts from vouchers to save you time and money. Check the price history of the game to determine how good the deal is in relation to historical low offers. If the price is still too high, create a price alert and receive an email notification when STAR WARS Empire at War - Gold Pack matches your budget!

We always try to make sure that price displayed in our comparison is assigned to the correct regions. However, some shops don’t share information regarding regional locks in their product feeds and that can lead to some very occasional mistakes. Before you buy STAR WARS Empire at War - Gold Pack, please check the store page for any information about activation restrictions in your region. If you notice any product assigned to incorrect region on GG.deals, contact us and we will correct the listing as soon as possible.

Will I be able to download STAR WARS Empire at War - Gold Pack game immediately?

If you’re short on money and want to get STAR WARS Empire at War - Gold Pack for free, there are a couple of ways for you to try:

Even if STAR WARS Empire at War - Gold Pack free download is not available, you can always save up and get the key at the lowest possible price using GG.deals comparison engine.

Which STAR WARS Empire at War - Gold Pack shop to choose? What’s the difference between official stores and keyshops?