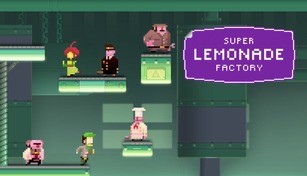 Compare prices with GG.deals to find the cheapest cd key for Super Lemonade Factory PC. Head over to one of the trusted game stores from our price comparison and buy cd key at the best price. Use the indicated client to activate key and download and play your game. 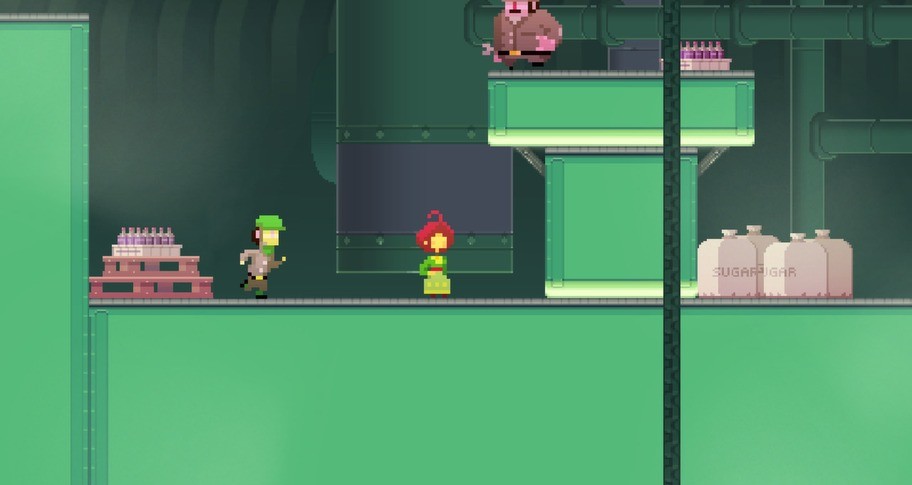 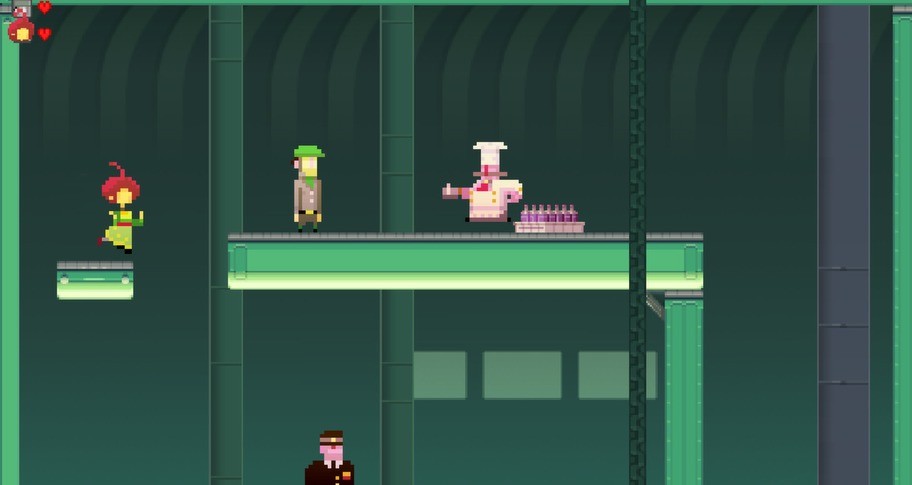 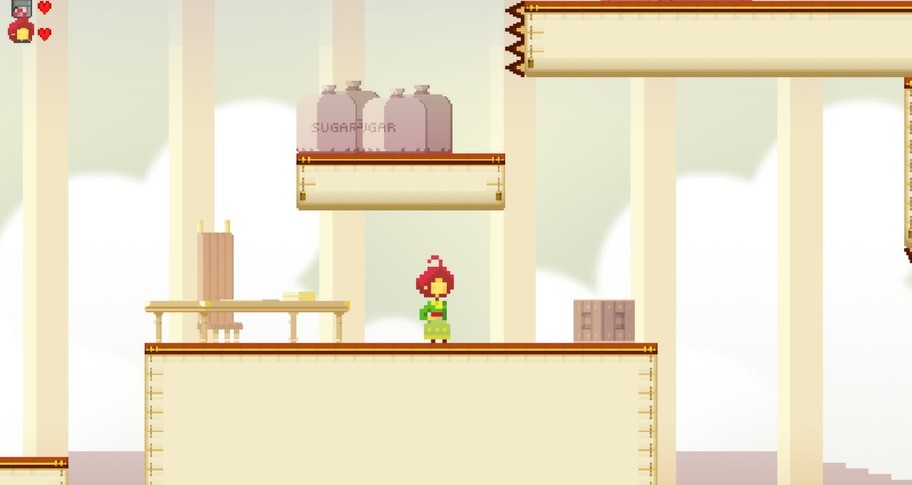 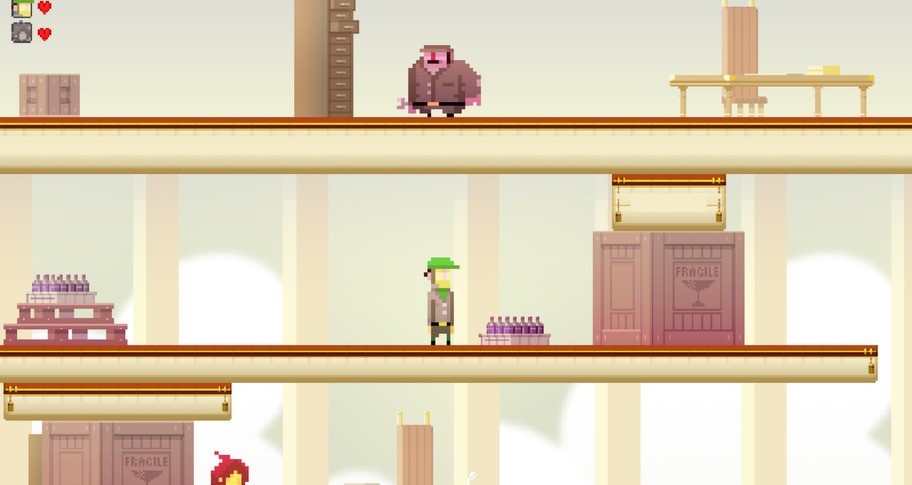 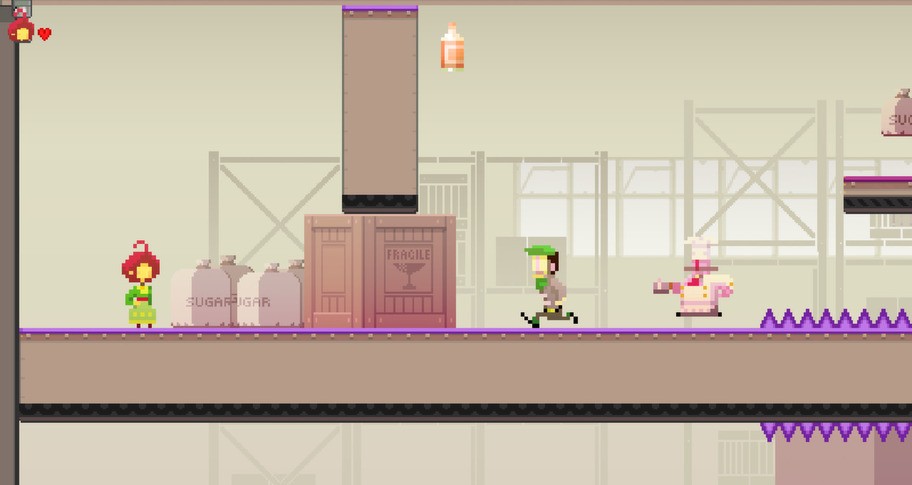 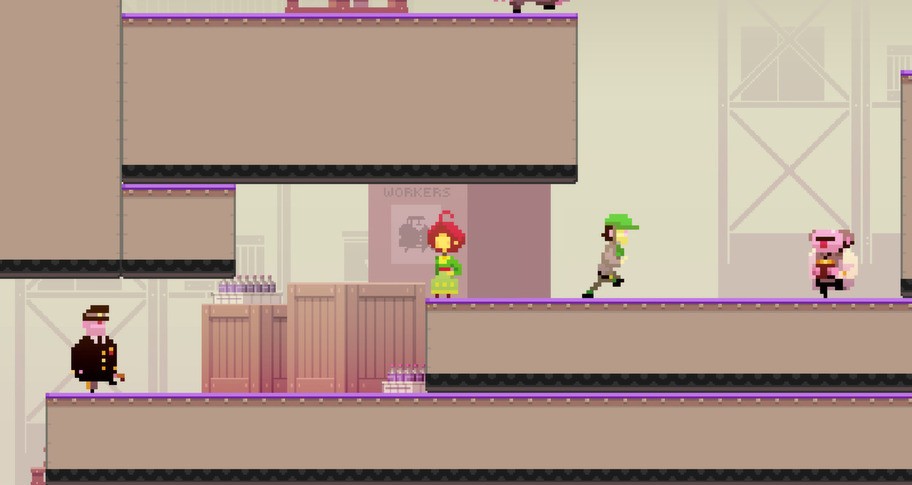 Post World War II, a region in political turmoil. Andre’s father offers to give him his lemonade factory – but on one condition; he and his wife, Liselot, must journey through the entire factory, a task that is easier said than done. Andre and Liselot must combine their unique abilities to make it through each room together. Along the way they’ll meet a cast of characters including the foreman, the chef, a food inspector and a general who wants the factory to supply drinks to the military, now engaged in a new war.

SINGLE-PLAYER CO-OPERATIVE PLAY Liselot can double jump, push small crates for Andre to climb on and talk to other characters. Andre can smash big crates and carry Liselot. Switch between the two characters to combine their abilities and get both of them to the exit.

A BUBBLY PLATFORMER WITH SUBTLE FLAVOURS As you talk to each character, their personalities and stories are revealed. Beneath the bubbly and bright surface Super Lemonade Factory touches on mature themes including labour relations and the moral dilemmas of running a business in wartime.

MAKE YOUR OWN LEVELS Use the same tool and assets as the developer to create brand new levels for Super Lemonade Factory. Import them straight into the game and play your own level.

JOURNEY THROUGH 72 LEVELS There are three worlds – warehouse, factory and office, each with 12 levels. Unlock hard-core mode and an additional 12 levels per world by collecting all the lemonade bottles.

ONE OR TWO PLAYER Control both Andre and Liselot on your own, or switch to Two Player Mode for local co-op play. Sorry, this is no online multiplayer.

Super Lemonade Factory sale & discount - all in one place!

GG.deals aggregates game keys from over 40 digital distribution stores so you can find the best deals on video games. All offers already include discounts from vouchers to save you time and money. Check the price history of the game to determine how good the deal is in relation to historical low offers. If the price is still too high, create a price alert and receive an email notification when Super Lemonade Factory matches your budget!

Does Super Lemonade Factory cd key activate in my region?

We always try to make sure that price displayed in our comparison is assigned to the correct regions. However, some shops don’t share information regarding regional locks in their product feeds and that can lead to some very occasional mistakes. Before you buy Super Lemonade Factory, please check the store page for any information about activation restrictions in your region. If you notice any product assigned to incorrect region on GG.deals, contact us and we will correct the listing as soon as possible.

Will I be able to download Super Lemonade Factory game immediately?

If you’re short on money and want to get Super Lemonade Factory for free, there are a couple of ways for you to try:

Even if Super Lemonade Factory free download is not available, you can always save up and get the key at the lowest possible price using GG.deals comparison engine.

Which Super Lemonade Factory shop to choose? What’s the difference between official stores and keyshops?