Buy The Cloud Dream of the Nine PC

Compare prices with GG.deals to find the cheapest cd key for The Cloud Dream of the Nine PC. Head over to one of the trusted game stores from our price comparison and buy cd key at the best price. Use the indicated client to activate key and download and play your game.

About The Cloud Dream of the Nine 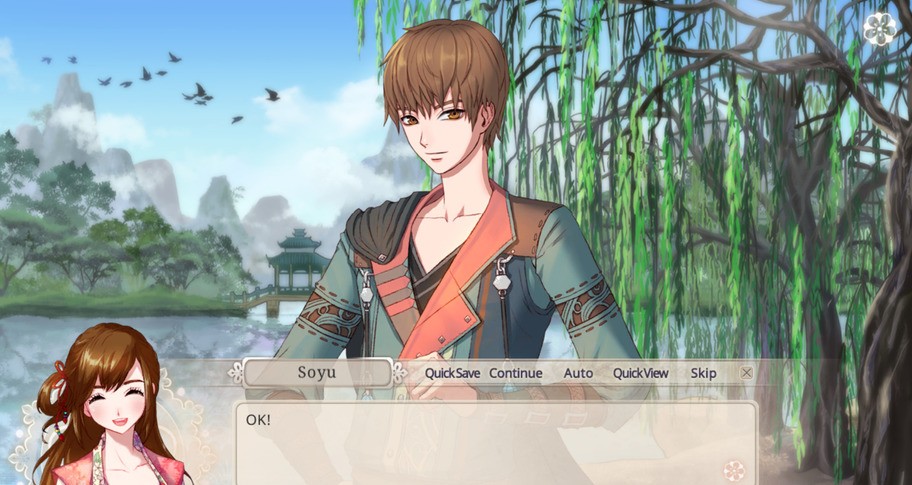 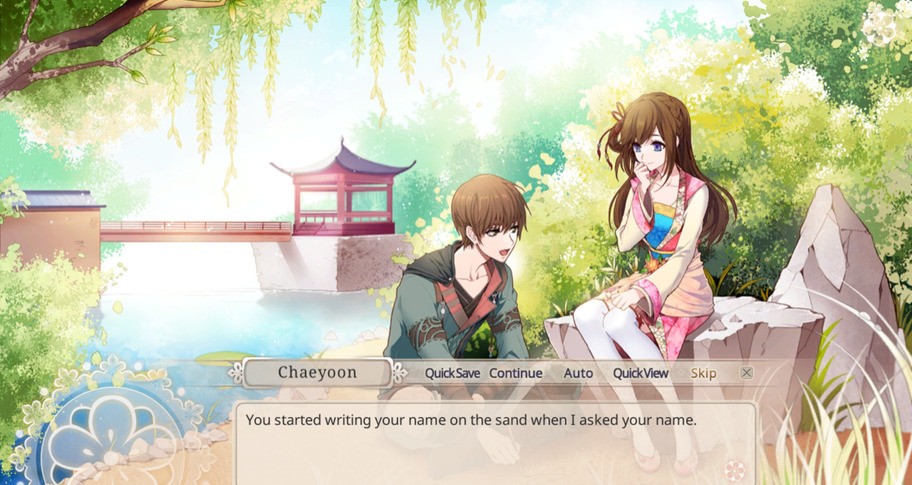 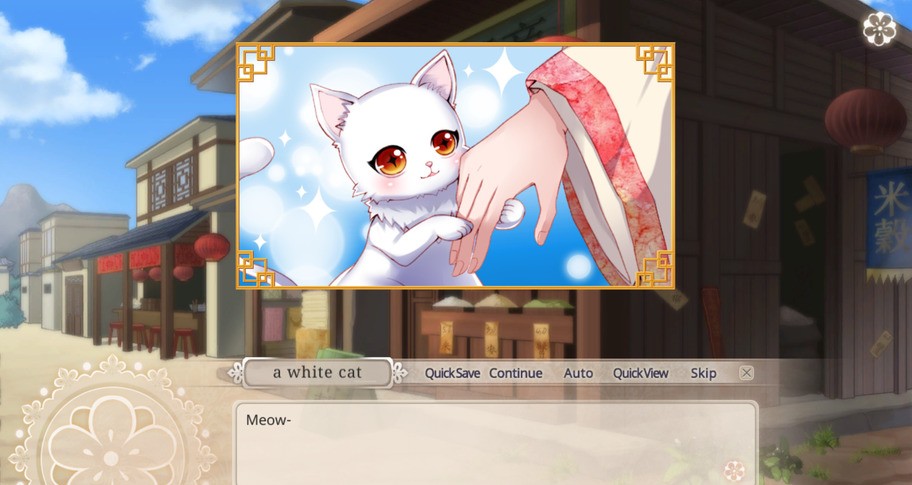 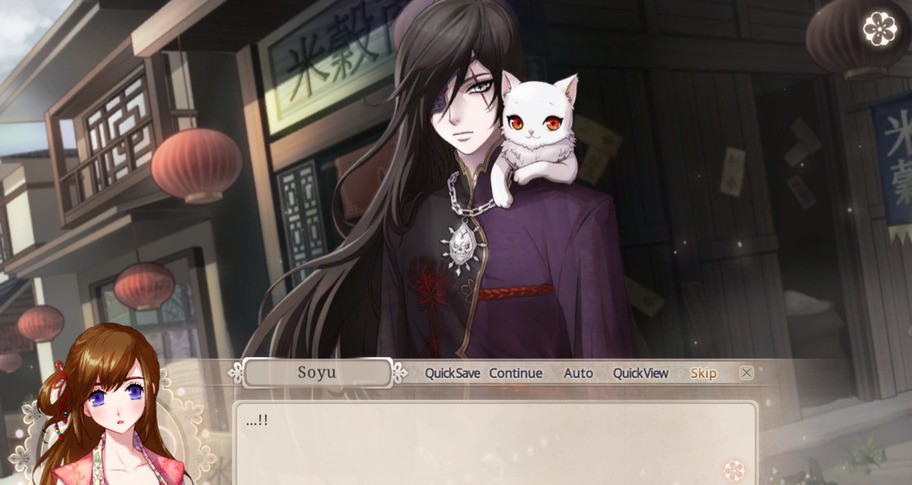 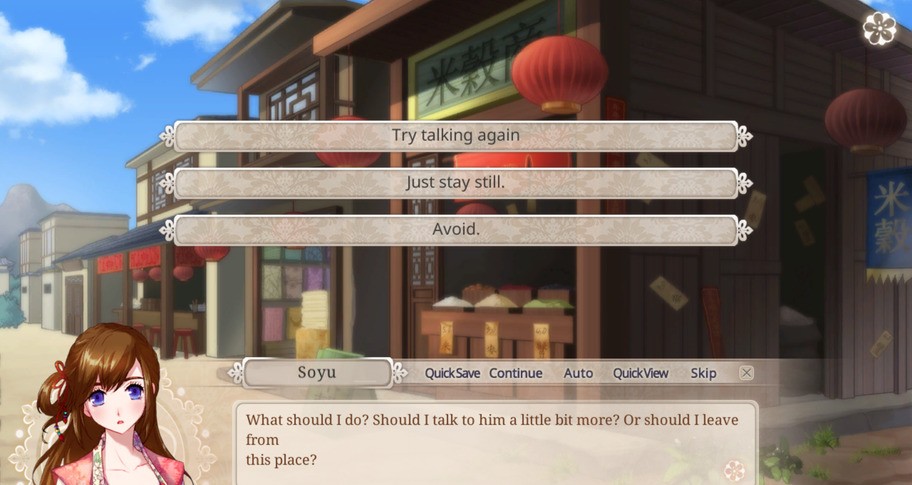 ‘The Cloud Dream of the Nine’ is an Otome visual novel, the story of which is based on the classic novel of the same name written by Kim Man-joong but the gender of the characters are reversed in the story.
The vast love story of one female character with nine male characters
Your choice changes his fate and creates a new ending.

As you proceed with the story, you encounter many hardships and you get to make many choices. The fate of the target is determined by what choice you make at the key points that will lead to different endings. Mini games are arranged to relax in the story, providing a play that is not boring.
The voices of the target characters are provided in full Korean voice, and additional contents can be obtained after you clear the characters.

n  A variety of target characters and routes

Yang Soyu, a girl living in a village in Hwaju Castle of State of Cheonin.
Her father is the Fairy God from Mt. Gonryun and he left for the fairy world when his connection with the human world came to an end after the death of his wife, also Soyu’s mother.
The villagers do not believe Soyu's words that her father is the Fairy God, and make fun of her as a liar, making her a loner. It was only Chaeyoon, her childhood friend and also like her family, who understood and trusted her.

Ten years since then... A warm sunny day.
Two people who spend a pleasant time writing poems under the shade of willow trees along the gently flowing river. A daily life where everything is pleasant and peaceful as if the complex and noisy reality are cut off. One day, when the moment seemed eternal, another world unfolds in front of the girl's eyes with a single scream in the hot flames of fire.

Chaeyoon cv. Choi Jihun
I want to be the closest person to you. From the beginning to the end of your life...
He is the only friend, almost like family of Soyu. As his father left for the fairy world leaving Soyu, he has always cared for Soyu like his family.
When Chaeyoon’s father, the deputy of the lord of Hwaju Castle was involved in a conspiracy, he suddenly disappeared and Soyu leaves a long way to find him.

Wol cv. Lee Hosan
Why don't you just lean on my arms? You can slap me on the face if you don’t like…
No.1 playboy whose name is well-known not only in State of Cheonin, but also to other countries. He is the son of the lord of Nakyang, the best city in State of Cheonin, and the half-brother of Baeknan.
He was expected to be the next lord, but one day, he quit his job as a government post and began to live a fast life. No one knows why he suddenly changed.

Kyungwon cv. Um Sanghyun
Hey, ugly! I told you not to smile like that! What if other guys fall in love?
The youngest son of the family of Prime Minister Jung, one of the most prestigious families in State of Cheonin.
At the age of 13, he passed the state examination, but according to his grandfather's will, who opposes going to office at a young age, he is bored to death doing nothing in the house.
Still, as he is considered one of the best bridegroom in Jangan because of his outstanding appearance, family background, and ability, women are crowded in front of Prime Minister Jung’s house.

Chungwoon cv. Kim Sangbaek
The most meaningful thing for me now is to love you and protect you.
He is an upright and disciplined man with the height of a bamboo tree and is from the military family that has been protecting the royal family of State of Cheonin from generation to generation dedicating its loyalty. He is guarding Soha, Prince Nanyang who is trapped in a separate palace in the name of an escort warrior under the command of King Cho.
As a close friend of Kyungwon, he became quiet and clumsy in expressing his feelings because Kyungwon said everything instead of him.

Baeknan cv. Shim Gyuhyuk
You're the prettiest in the world. I fell in love at first sight.
Born by the legal wife of lord of Nakyang Castle, he is the youngest son of the family and a half-brother of Wol. Perhaps because he grew up possessing exclusive love and interest from people, his personality is so cheerful and innocent. However, another aspect of him that doesn’t show outwardly is hidden and only known to some.
Unlike Wol, who has a poor reputation, he is called the "Jewel of Nakyang" by Nakyang’s residents, and his existence itself is comfort and joy.

Soha cv. Oh Byeongjo.
Don't think about getting away from me. Because even your soul is mine.
He is the only child of the late king and is called Prince Nanyang.
Ten years ago, after the sudden death of the late King, he lost everything and resigned from the prince’s position after his uncle ascended to the throne.
Ten years after being trapped in a separate palace, his paused life begins again when he meets a girl who sticks to the job of finding her friend.

Simyeon, cv. Jang Minhyuk
It's not your fault. Don't cry because I don't regret anything.
A man who was bumped into on the street of Hwaju Castle.
Only cold energy is felt by the wounds in the eyes, the expressionless face, and the short words.
No one can tell who he is, who suddenly disappeared with fluttering long black hair.

Haerang cv. Shin Yongwoo.
Your smile is the prettiest. Please keep smiling like that.
The man who saved Soyu from drowning on the day of the chaos in Hwaju Castle.
He is the Dragon King who manages the East Sea.

Hongyeom cv. Wie Hun.
Try your best.
A man who was bumped into while looking for Chaeyoon.
He seems to be bored of everything with an indifferent tone of voice, but there’s something hidden by the way he speaks and behaves.

Price History of The Cloud Dream of the Nine

The Cloud Dream of the Nine sale & discount - all in one place!

GG.deals aggregates game keys from over 40 digital distribution stores so you can find the best deals on video games. All offers already include discounts from vouchers to save you time and money. Check the price history of the game to determine how good the deal is in relation to historical low offers. If the price is still too high, create a price alert and receive an email notification when The Cloud Dream of the Nine matches your budget!

Does The Cloud Dream of the Nine cd key activate in my region?

We always try to make sure that price displayed in our comparison is assigned to the correct regions. However, some shops don’t share information regarding regional locks in their product feeds and that can lead to some very occasional mistakes. Before you buy The Cloud Dream of the Nine, please check the store page for any information about activation restrictions in your region. If you notice any product assigned to incorrect region on GG.deals, contact us and we will correct the listing as soon as possible.

Will I be able to download The Cloud Dream of the Nine game immediately?

If you’re short on money and want to get The Cloud Dream of the Nine for free, there are a couple of ways for you to try:

Even if The Cloud Dream of the Nine free download is not available, you can always save up and get the key at the lowest possible price using GG.deals comparison engine.

Which The Cloud Dream of the Nine shop to choose? What’s the difference between official stores and keyshops?