Compare prices with GG.deals to find the cheapest cd key for VR historical journey to the Buddhist civilizations: VR ancient India and Asia PC. Head over to one of the trusted game stores from our price comparison and buy cd key at the best price. Use the indicated client to activate key and download and play your game.

About VR historical journey to the Buddhist civilizations: VR ancient India and Asia 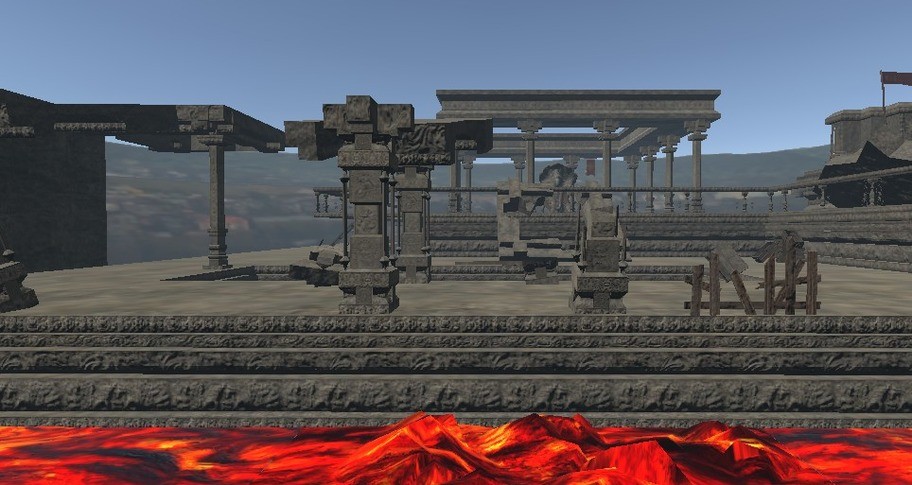 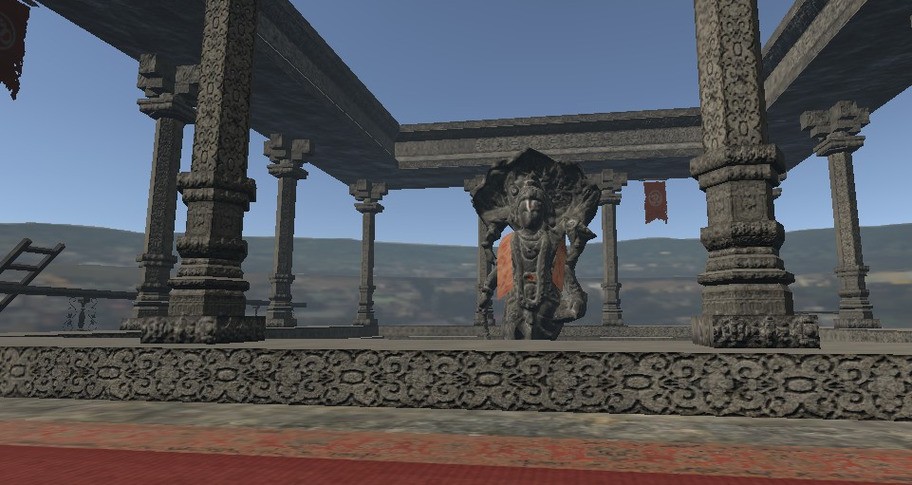 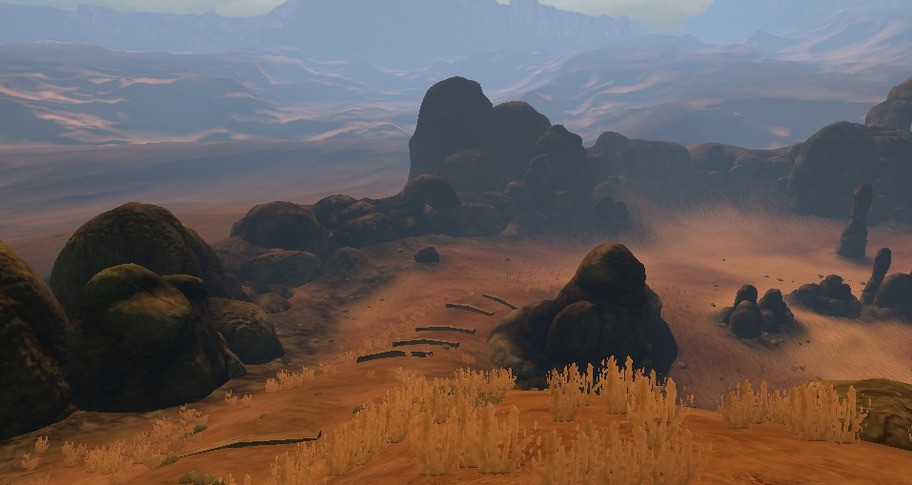 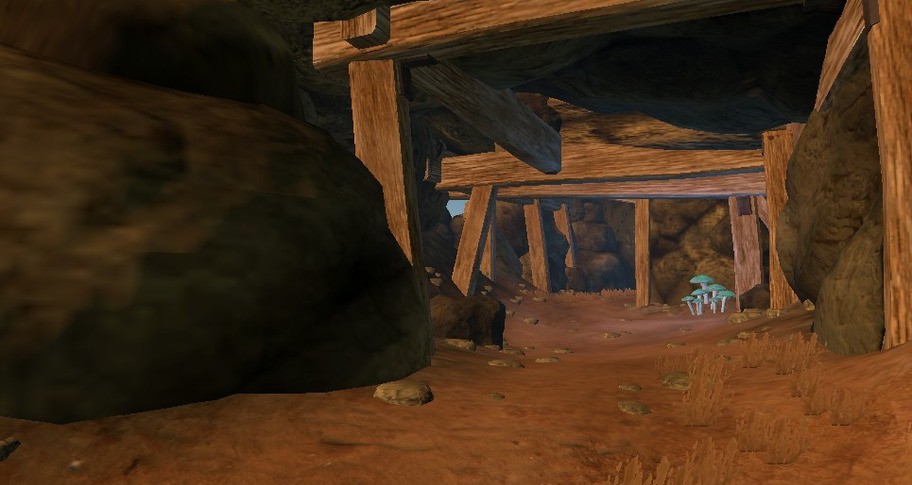 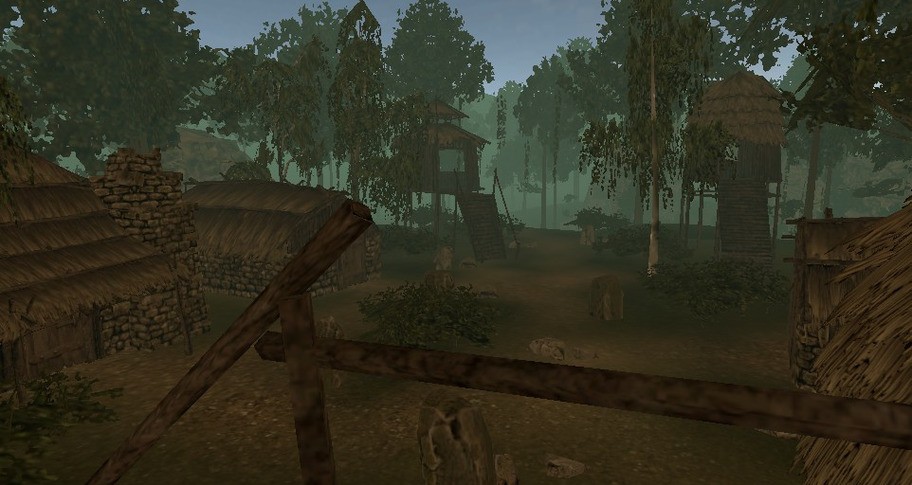 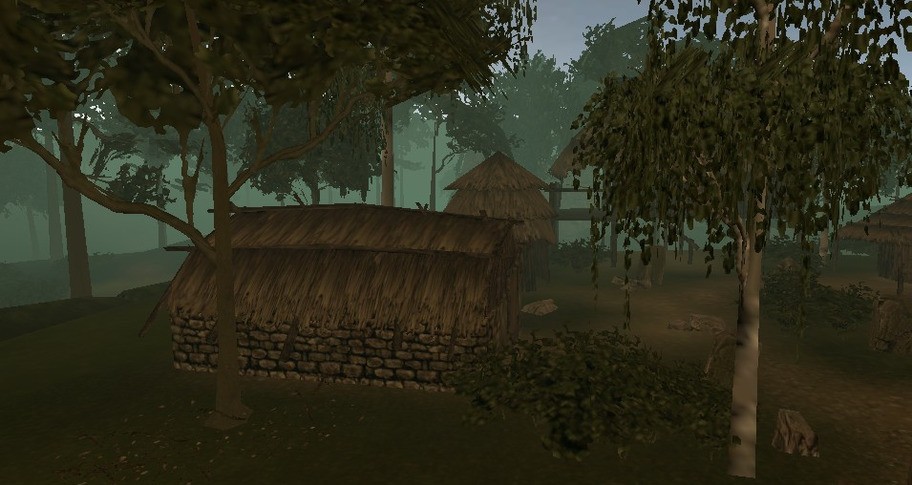 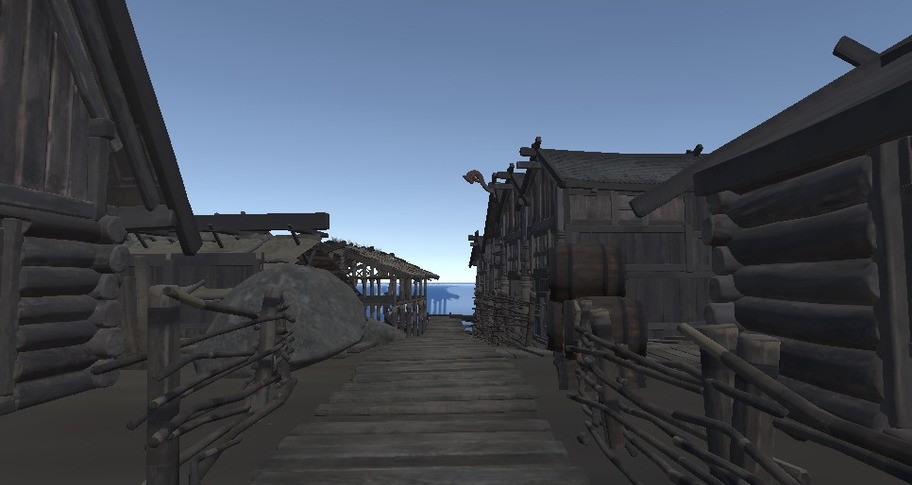 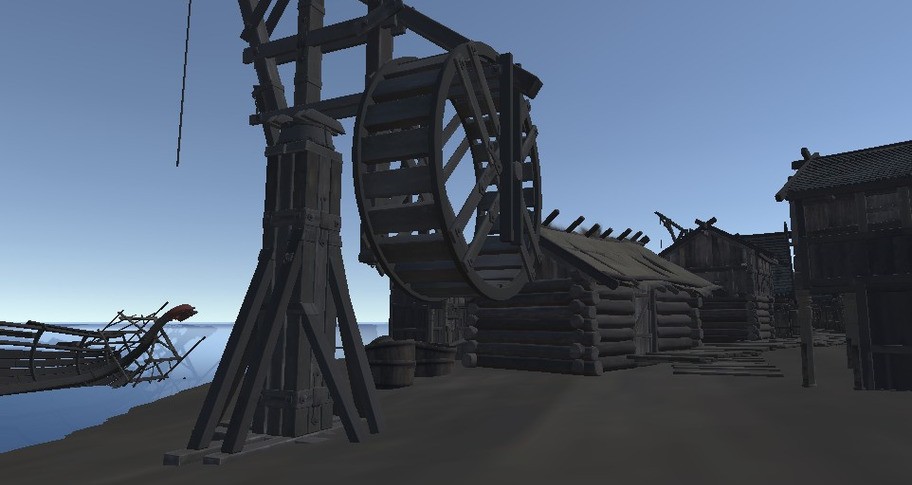 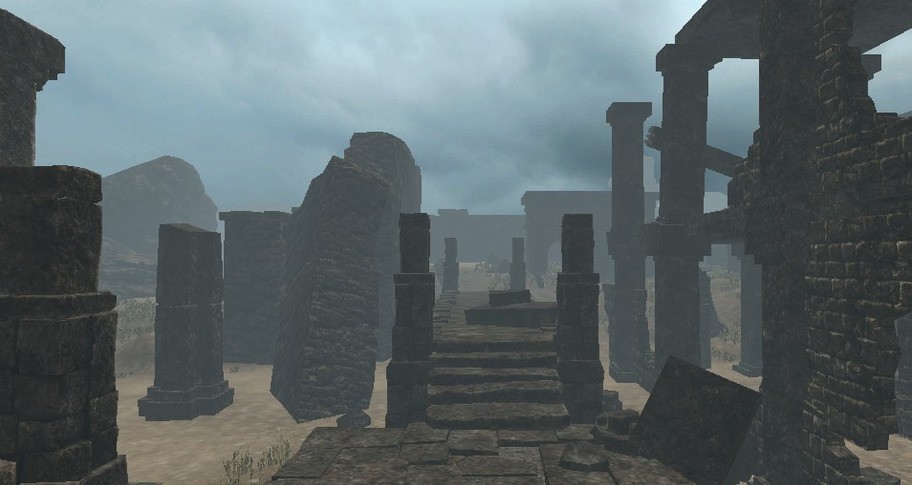 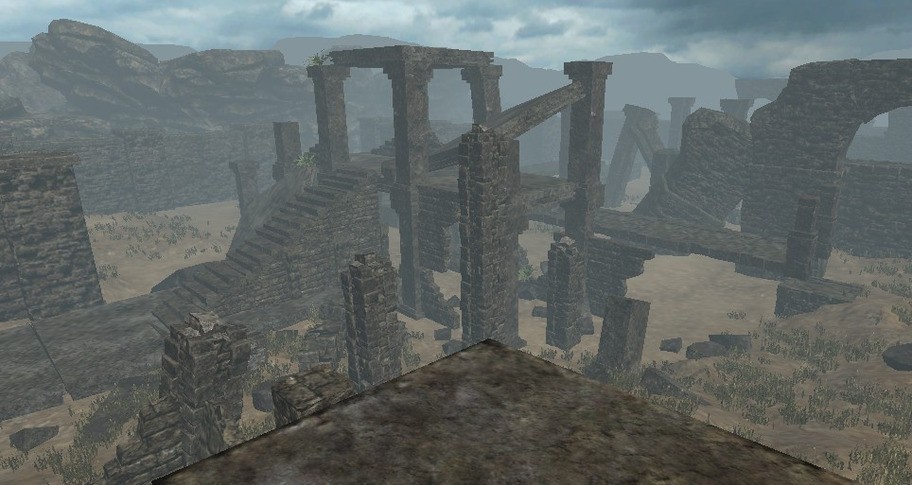 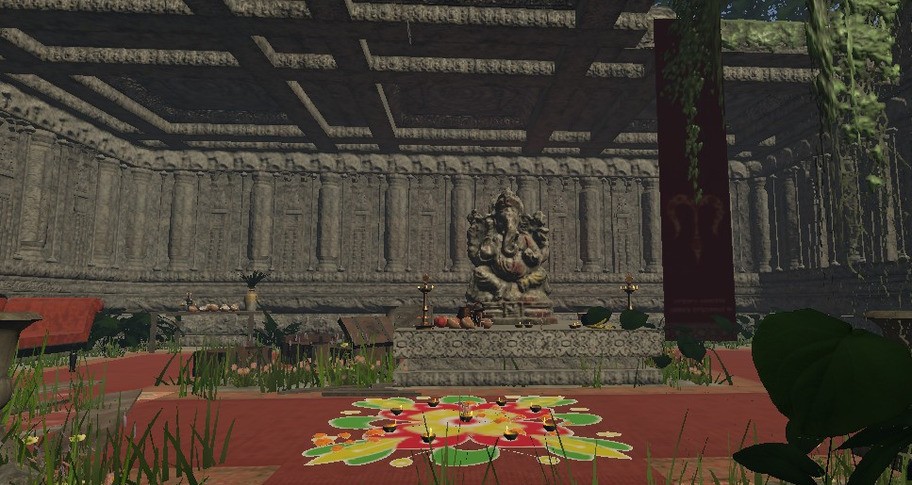 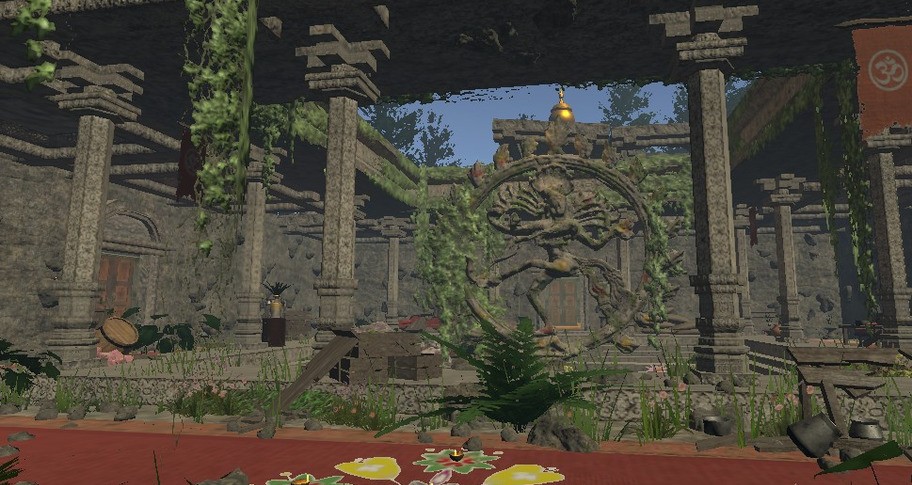 VR's historical journey to Buddhist civilization is a virtual game. In real life, we can only understand history and culture through historical books, pictures, cultural relics or historical sites. But none of these can satisfy us. Sometimes we may have the illusion that one day we can go back to the past, we can see with our own eyes and feel the culture of that era. But this is basically impossible in real life.
Fortunately, in the VR field, this virtual game we created allows participants to enter an extremely realistic simulation world by using virtual reality equipment. The immersive and immersive feeling brought by VR technology makes other technologies difficult to compare.

This game simulates the scenes of the ancient Indian era, with a total of 6 scenes; one of the scenes is a temple scene created based on historical data. The strong Buddhist atmosphere makes us seem to travel through time and space and come to the ancient Indian period. In the game, you can see the ruins of the once glorious temple. From the statues inside, you can see that it is a temple of Ganesha. Ganesha is the god of wisdom and obstacles in Hinduism and Indian mythology. He is the spiritual son of Lord Shiva and the goddess Parvati (Parvati). Ganesha has a wide audience. In addition to visual enjoyment, you can also enjoy music with Indian cultural characteristics that we have carefully prepared for you. Of course, this is just one of the scenes we prepared for you, and more are waiting for you to explore by yourself.

Here you only need a small amount of money to buy our game, and you will get 6 ancient Indian architecture scene tour games, you can choose any scene to start your tour. You can walk freely in the game as long as you use the VR device and visit any corner inside. At the same time, in order to prevent you from being bored during the tour, we have also designed a game session to find the treasure chest to bring more fun to your tour. Every time you find a treasure chest, you will get different points. The more treasure chests you find, the more points you will accumulate; don’t underestimate this point, this point will bring you a huge surprise after the game is over Big gift package. In addition to the game items to visit the scene, we also provide fishing game items imitating traditional fishing, bow and arrow hunting games and snake games. I have to say that the snake-eating game is very good for our shoulder and neck health. At the same time as the game, we are constantly exercising our cervical spine. It is really a very good game.

You see, you only need to spend a very small amount of money to get so many things, it is really very cost-effective. If you have children in your family, you can let them play this game together, so that they can learn more about history and civilization. You don’t need to travel thousands of miles to let your children visit the world’s relics. There is no fatigue of long distances, no crowds, and no need to buy tickets; everything becomes very simple and convenient.

Now I will give you a brief introduction to the history of the development of ancient India and Buddhism.

Indian Buddhism was born and taught in ancient India, approximately in the 6th to 5th centuries BC. The founder is Siddhartha (565~485 BC) and his matrilineal family name is Gautama. Sakyamuni is the honorary name given to him by Buddhists, meaning "the saint of the Sakyamuni". The rise of Buddhism coincided with the rapid development of slavery economy in India. At that time, the social and economic development of the Indian subcontinent was extremely unbalanced. Most areas entered the slave society, but some places still maintained the remnants of clan communes; in some economically developed areas, productivity has been greatly improved, and agriculture is produced The main form, the handicraft industry, has diverged from agriculture; with the development of the commodity economy, batches of slavery countries dominated by cities and towns have begun to be established. At that time, various countries conquered each other, the Aryans and other tribes from outside and the indigenous peoples had many contradictions, and class contradictions were very sharp.

Before the rise of Buddhism, Brahmanism was the main religion in India, and Brahmanism held a dominant position. Brahmanism advocates the three principles of Vedic Revelation, Sacrifice Almighty, and Brahman Supreme. However, with the emergence and development of slavery countries, this trend of thought has not been able to fully adapt to the ruling needs of the emerging Kshatriya nobility, so free thinkers appeared. Promote the trend of thought of Salmon. According to the Buddhist scriptures, these trends of thought have "six divisions" and "96 kinds of external views." The main ones are Shunshi, Shanaism, and Life School (also known as Xie Ming Wai Dao) and so on. Buddhism is also the main school. . Among the slavery countries at that time, Magadha and Qiaosaluo were both areas where Buddhism became popular earlier.

Buddhism has experienced a history of 1800 years in India, and its process can be roughly divided into 4 periods: primitive Buddhism period (6th or 5th century BC~4th or 3rd century BC)\Mini Buddhism (4th or 3rd century BC~ To around the first year of the Christian era), Mahayana Buddhism (around the first year to the seventh century) and Esotericism (about the seventh to early 13th century). In the latter three periods, many schools of different theory and practice appeared.

From the second half of the third century AD, Buddhism began to spread outside ancient India and gradually developed into a worldwide religion. In India, it was due to the prosperity of Hinduism after the 8th to 9th centuries AD, plus internal Buddhism factions. Other disputes and corruption of monks, as well as frequent foreign invasions, especially Islamic conquests by force, many monks were killed, and many important temples and cultural relics were destroyed. As a result, Indian Buddhism began to decline and tended to be in the early 13th century. It died out and only revived slightly after the 19th century.

(600-800 BC) The historical characteristics of ancient India are the establishment of the Varna system and its transformation to a caste system, the assimilation of tribal society and its transformation to the state, the rise of the land grant system and its transformation to feudalism , Buddhism went from prosperity to decline, and the rise of new Brahmanism and its transformation to Hinduism. Buddha period (6th to 2nd centuries ago) From the end of the Vedic era (600 before) to the Maurya dynasty of Magadha, the Buddha's period of more than 400 years is the second city after the prosperity of the ancient Indian gold coin Duhe cultural city. Prosperous period. During this period, Sakyamuni founded Buddhism and Daxiong founded Jainism. According to Buddhist literature, there were 16 countries in India at the beginning of the 6th century BC. The main ones are Magadha, Kassa, Chisara, Bazhi, Julu, Pandhara and Gandhara. In the great countries of this period, Varna’s hierarchy replaced the tribal system. Monarchs and warriors became Kshatriya, priests and teachers became Brahmins, farmers and taxpayers became Vaishyas, and laborers who served the above three levels became Sudras. During the Maurya Dynasty (322 BC to 185 BC) The founder of the Maurya dynasty of Magadha Kingdom was Pingpi Bharat at the same time as the Buddha. In the Maurya Dynasty, only the king had the right to have a standing army and receive tribute. The power of the king marked the victory of Kshatriya in the long struggle against the Brahmins, but the Brahmins still had great power in the Maurya Dynasty. During the reign of King Ashoka, the dictatorship of slavery monarchy in ancient India reached its peak. In order to expand his kingdom, King Ashoka fought for 11 years, but the blood and cruelty of the war made him repent. Later, King Ashoka converted to Buddhism and established a new law based on the Buddhist doctrine of peace. Ashoka built roads in the country, expanded irrigation projects, developed the country's economy, and made the country prosperous and prosperous.

VR historical journey to the Buddhist civilizations: VR ancient India and Asia sale & discount - all in one place!

GG.deals aggregates game keys from over 40 digital distribution stores so you can find the best deals on video games. All offers already include discounts from vouchers to save you time and money. Check the price history of the game to determine how good the deal is in relation to historical low offers. If the price is still too high, create a price alert and receive an email notification when VR historical journey to the Buddhist civilizations: VR ancient India and Asia matches your budget!

Does VR historical journey to the Buddhist civilizations: VR ancient India and Asia cd key activate in my region?

We always try to make sure that price displayed in our comparison is assigned to the correct regions. However, some shops don’t share information regarding regional locks in their product feeds and that can lead to some very occasional mistakes. Before you buy VR historical journey to the Buddhist civilizations: VR ancient India and Asia, please check the store page for any information about activation restrictions in your region. If you notice any product assigned to incorrect region on GG.deals, contact us and we will correct the listing as soon as possible.

Will I be able to download VR historical journey to the Buddhist civilizations: VR ancient India and Asia game immediately?

If you’re short on money and want to get VR historical journey to the Buddhist civilizations: VR ancient India and Asia for free, there are a couple of ways for you to try:

Even if VR historical journey to the Buddhist civilizations: VR ancient India and Asia free download is not available, you can always save up and get the key at the lowest possible price using GG.deals comparison engine.

Which VR historical journey to the Buddhist civilizations: VR ancient India and Asia shop to choose? What’s the difference between official stores and keyshops?