Farming games stem from the irresistible urge to see what a life in such an environment would look like – even if it’s only a simplified representation of the actual job. This genre gives off a very cozy, pleasant feel: you grow plants, take care of your livestock and your garden – and enjoy a simple, calm life of a regular farmer.  The actual work on a farm is usually far from what it’s portrayed as in Stardew Valley. Several PC titles acknowledge this fact, implementing a more realistic approach to the genre. We will look at both sides and name some of the best games involving keeping a farm. 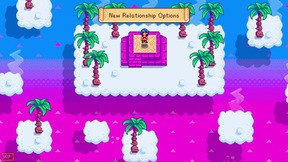 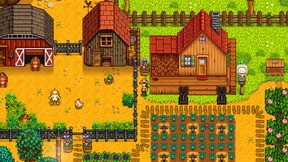 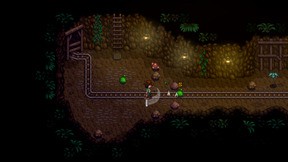 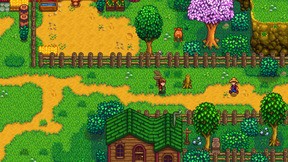 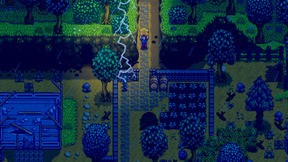 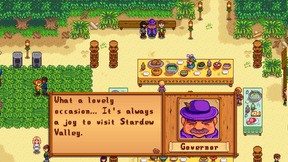 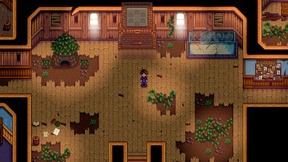 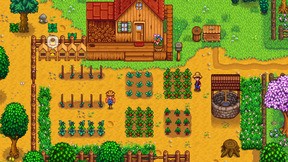 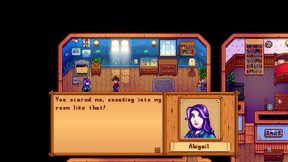 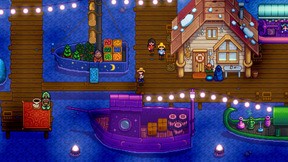 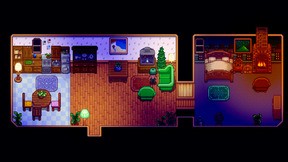 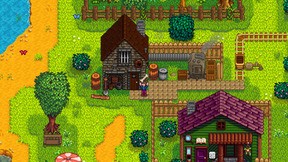 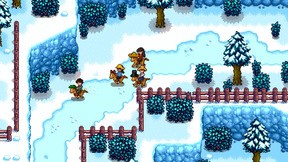 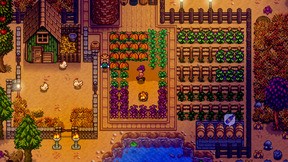 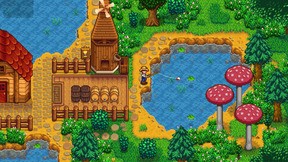 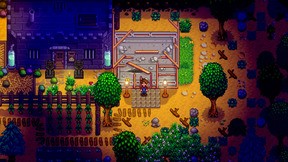 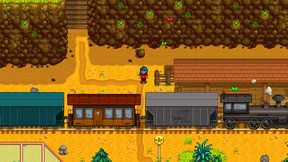 Should the farming simulator genre be accurate to reality?

No one demands a farming simulator title to be one hundred percent representation of living on a farm: it’s a lot more work than one might expect. Adding a bit of cuteness and simplicity may not stay true to the actual thing but makes it much more accessible. If the previously mentioned Stardew Valley wasn’t this cute and uplifting, it would change into a rather depressing experience: who would want that in a video game?

Well, as it turns out, a realistic take on farming is also a good idea. The Farming Simulator series is doing great right now, even though it’s as realistic as it gets. What makes it fun if it’s too close to reality? Some players prefer it that way and admire the attention to detail. It’s not that rare to see simulators that strive to be as accurate as possible, and games made by Giants Software aren’t an exception to that rule.

The gameplay may be harder to master and somewhat confusing initially, but the high entry threshold guarantees satisfaction comparable to beating a Dark Souls title: after you’ve gotten accustomed to the basics, you get more into it and hone more challenging skills. When you’re finally familiar with everything, it suddenly becomes obvious what to do – and this is when you know you’re truly enjoying the game.

It’s a matter of preference which side of the spectrum you prefer to pick, although we can name several great examples from both sides. If you’re looking for your first farming sim, Harvest Moon: Light of Hope is your go-to. You begin your journey as a castaway: thankfully, you’ve survived a sea catastrophe, and you’ve landed on a small island devastated by a storm. You decide to do something about this, so you start rebuilding the place!

Aside from the activities like growing crops and taking care of your livestock and others, this game makes integration the most crucial part. You can befriend people who live on the island and, if you’re lucky, you may as well start a new family here! Even though the tone of the title should be a bit unsettling (after all, it’s a natural disaster we’re talking about), it’s uplifting and wholesome as other games like Stardew Valley.

Provided you want “the real” experience, you might be interested in playing Farmer’s Dynasty. It’s more than a simple portrayal of farm life: it tells a tale about a person. Our protagonist inherits a farm after his late grandfather, but it needs a lot of work. The game doesn’t stop there, though.

You will not only focus on “reviving” the farm but also on building relationships with people around you. Operating your tractors and building your farming empire is one thing, but someone has to inherit it! Despite its realistic visualss, the title is surprisingly similar to games like Harvest Moon in that aspect. The significant advantage of this is the intuitiveness of what you need to do: you don’t need to be an expert to have fun with the game.

These titles aren’t that difficult and simplify some aspects of the gameplay, so it’s more accessible. However, if you’d like a farm simulator that’s a real challenge, be sure to check out Farming Simulator 22. As we’ve mentioned earlier, this series is the real deal; it’s also the one that will make you realize farming is a profitable business.

You will need to decide what kind of livestock you want to have, the sort of tools and equipment – remember about transporting your things! You can either do it yourself or hire some help; it’s all up to you. Or, if you’d want your friends to become professional farmers too, they can join you on your road to the best farm in the world.

Farming sim titles have found their niche: and they seem to like it there. More and more players enjoy the idea of maintaining a virtual place full of agricultural equipment and animals, which is proven by the number of games like that getting released each year. The demand is there, and it really shows. Hence, the number of Steam farm simulator games we’ve gathered on GG.deals; look at other titles from the genre after you’re done with our picks!