With Black Friday 2021 on the horizon, many gamers, especially those skilled in shooter games, will be hoping to get good discounts on Call Of Duty games. Fortunately, GG.deals is here to save the day. Our restless price trackers scan over 40 digital stores 24/7 to make sure you're not missing out on any COD Black Friday sales. With yet another entry in the series coming soon, there is even more reason to look forward to November! 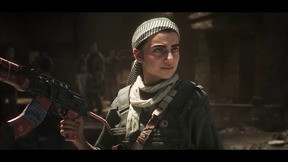 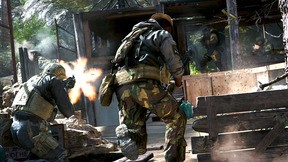 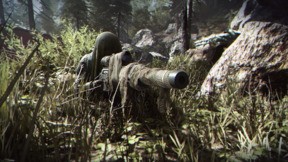 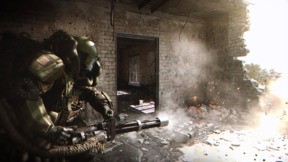 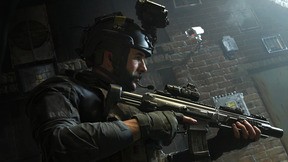 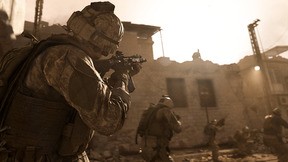 A brief introduction to the Call of Duty series

The CoD series has a long history playing with players’ emotions alongside such classics as Brothers in Arms or better known Battlefield. Call of Duty focuses on swift action amidst the hell of war, also providing the player with a compelling story. The player should be ready to jump into battle, yet is not left without the plot essence, provided by such characters as old-timey Captain Price or Simon “Ghost” Riley. Climactic surroundings also have their say in the world of CoD, for instance the famous sniper mission from the original Call of Duty: Modern Warfare. These views are surely not easy to forget. Call of Duty Black Friday will nonetheless help remembering the wonders of this acclaimed series.

From Warzone to Vanguard

There is not much time left before Call of Duty Vanguard arrives at our doors. COD Vanguard will continue the long-running series after the success of COD Warzone. It is said that unlike the previous instalment, COD Vanguard should be safer from some people who do not like clean plays, thanks to the brand-new anti-cheat system by Raven Software. We all know that Warzone is full of cheaters and it certainly does not enhance the experience. It is then good to know that Raven Software wants to change things for the better. Vanguard will also feature, similarly to Warzone, cross-platform play. As it once happened with CoD: Black Ops Cold War, Vanguard will find its way into Warzone via integration. Consequently, the release will involve a ton of content to download: events and new multiplayer maps are only a few among many others. Vanguard will sate the hunger of those who cannot live without undead – namely, Zombie mode will also be included and hordes of dead bodies will haunt us all over again. Players, on the other side, can rest assured: their progress will be saved no matter what platform they will use to dominate the field. The latter theoretically, at least.

How much will COD Vanguard cost on Black Friday?

Vanguard Black Friday price is yet to be known. Call of Duty Vanguard will be released on 5th November 2021, so only three weeks before the shopping craze begins. Therefore it is yet to be seen whether Activision will grant us a discount. As for now, Vanguard can only be bought on Battle.net, but should any other options appear, they surely will be listed by GG.deals. Call of Duty Black Friday sale may not however be the only chance to get the game at a reasonable price: as it occurred with Call of Duty Cold War, its price was lowered considerably only a few weeks before Christmas (by 33%). Vanguard Black Friday is then not as secure as we would like to. Worry not though, as it is highly likely that Call of Duty Black Friday 2021 will prove fruitful anyway with other instalments in the series – and it will presumably be the best time to find out what other games have proved in the past before the COD Warzone hype. Obviously, GG.deals will do its best to provide info to the players on each and every opportunity to do so. To be extra sure, do not forget to use price alerts to get notified whenever the price changes. Or simply browse through GG.deals, it usually works just as good.