League of Legends Riot Points are, including Blue Essence, a significant part of the game – if you want to get better Champions early in the game, that’s what you use them for, alongside some customization. 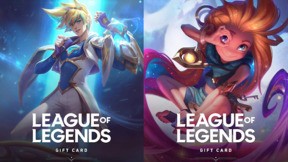 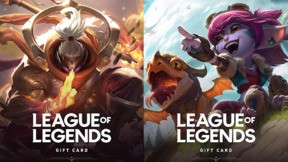 What are Riot Points?

Riot Points (also known as RP) are an in-game currency in League Of Legends that can be purchased with real money and give your character a personal touch.

It’s important to note that they don’t provide an advantage that makes the gap between a free-to-play gamer and someone who buys them too big. Most of the time, the purpose of these points is to make your characters feel personal to you. How do you obtain RP, what exactly can you buy with them, and how much? It’s relatively straightforward, but some rookie players that are just considering playing this madly popular MMORPG might need some explanation.

How do you redeem Riot Points?

In order to use your LOL RP, you need an active League account. You can create one by entering your e-mail address on this official page and completing the process by setting up login info. Once you have it, click on the “Purchase RP” button, choose the payment method, and have the points applied to your account after you've confirmed it!

In case you’re getting them via pre-paid cards, they contain a unique code that you need to enter by choosing “Prepaid Cards” as your payment method, and you’re then free to spend them as you like. And here’s the neat part: instead of buying from the official source, you can save money by purchasing the cards from keyshops. To find the best possible offer, compare prices on GG.deals. This way, you’ll be 100% sure you’re not overpaying for the code.

What can you buy with LOL RP?

Before you consider looking at Riot Points’ price, let us tell you what you can exchange them for. There’s a lot: Champions and skins that customize their looks, Chromas (which are unique variants of regular skins), icons and emotes, and other cool things to make you stand out in the crowd.

There are also numerous in-game items like Event passes or Experience boosts – both of which help you progress through the game tremendously. All of this can also be obtained by simply playing the title, so it’s your decision whether to allow yourself a bit or not.

How do Riot Points compare to Valorant Points?

As you might be aware, Riot Games also released a similar game to LoL, Valorant. It also uses a point system. To utilize RP in the other game, you simply convert Riot Points to Valorant Points via the same Prepaid Game Cards you would use for LoL.

Here’s how it works:

Remember that you can buy LOL points to use them in Valorant, but it’s not possible to use Valorant points in League of Legends. The in-game currency for this FPS is exclusive and cannot be spent anywhere else.

Buy LOL RP cheaper if you compare prices on GG.deals

It’s not a crime to benefit from a feature that’s been added to the title by developers themselves – and you’ll soon realize that after you obtain cheap Riot Points, the slight advantage you get for buying a new Champion early in the title diminishes quickly.

As for the customization, we all love it, and it makes the game even more fun. There’s no harm in adding some personality, as it makes you more emotionally invested in the game. As for the financial investment in the game, we’re here to help you minimize that. See which LOL RP offers to suit you the best on GG.deals, and we wish you success in League of Legends!