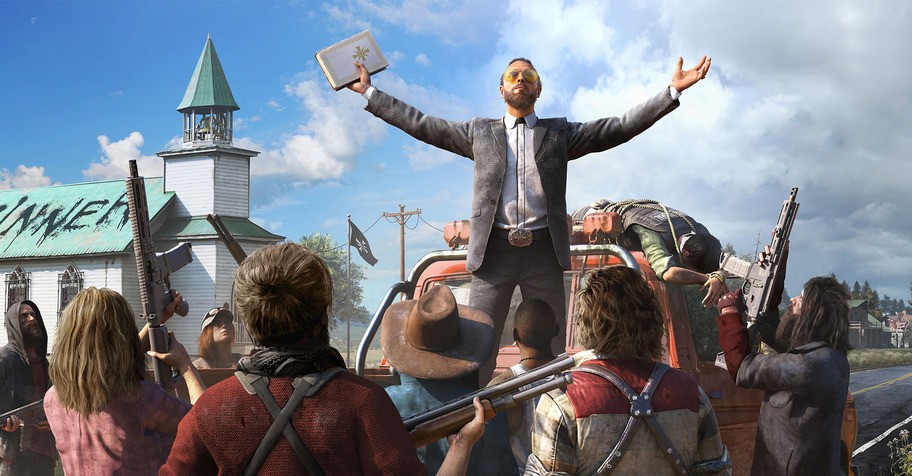 This entry in the Far Cry series will take you to Hope Country, a fictional county in the state of Montana, United States. As a newly recruited Sheriff's Deputy, you will try to end the Eden's Gate cult led by Joseph Seed and his siblings.

But your task won't be as easy as it might have been at first. The situation doesn't end well with an attempt to arrest the charismatic antagonist. The fanatical cult members respond brutally to your actions, and a fight to liberate the besieged community by maniacs starts.

If you are a member of Game Pass, go to this page to start playing Far Cry 5. You can enjoy this title on PC, Xbox consoles, and xCloud.

Want to play Far Cry 5, but you are not a member? New members can subscribe to Game Pass, either to PC or Ultimate, for a single dollar for the first month! Below you can see two versions of the subscription. Pick the one that meets your requirements.

Wondering what Microsoft is bringing to the table this month? Then, check out the list of games coming to Game Pass in July 2022 and learn what else is worth giving a try.