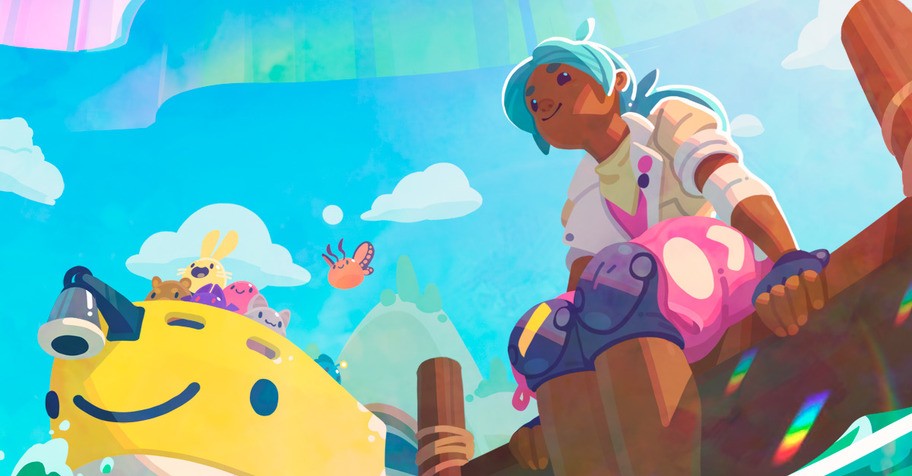 Since yesterday, the following games can be played on XGP. You certainly need to check them out if you like cute titles or want something to play in co-op.

Slime Rancher 2 is the hottest addition from the lot. The game continues the adventures of Beatrix LeBeau, who is on a journey to the mysterious Rainbow Island. Unknown natural resources, technology, and, of course, a new cast of lovely slimes are just waiting to be discovered there!

The next title is an adventure game set within a mysterious book, Beacon Pines. You play as both the reader and the book's main character Luka. Follow the story and discover what's really happening at an old warehouse.

A newly released co-op brawler, SpiderHeck, is also part of the new additions. This one is a perfect choice for parties! You become a deadly spider and fight other eight-legged creatures. Show your friends who the most ferocious arachnid in the group is, or play together and crush your enemies in various game modes.

If you are a subscriber, you can play all of these at no additional cost. But if you are not an XGP member yet, consider this tempting offer. You can access the ever-growing PC Game Pass library for a single dollar.

People wishing to play games included in the service on more devices will need the Ultimate membership. Newcomers can pay one dollar and run the titles on their Xbox consoles, tablets, or smartphones, thanks to the xCloud.

Recently, we published a list of games that will join the Microsoft subscription service in October 2022. You will be surprised by the number of fantastic titles coming soon to the most popular gaming subscription!