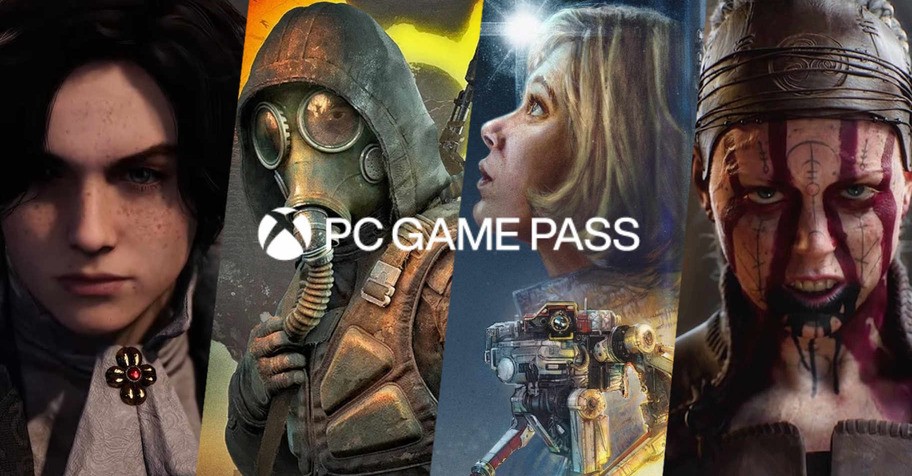 New Game Pass game announcements happen almost every week, and it's challenging to keep track of all of them. Hence, we've decided to create a comprehensive list of all upcoming Xbox Game Pass releases confirmed by Microsoft. We have considered games presented during the E3 Xbox & Bethesda showcase, the recent Gamescom reveals, and every single title announced for Game Pass by the respective game publishers. 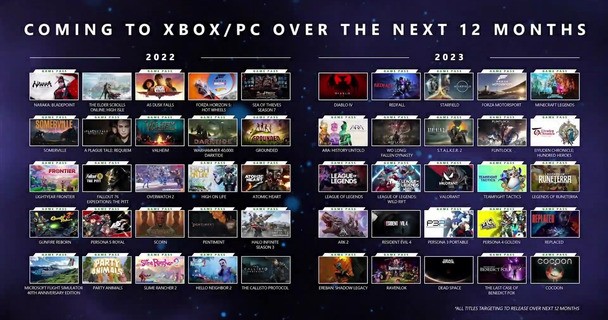 Most of the games from the list are brand new (and they will be on GP from Day One), but you may also stumble upon a few titles that will join the subscription after their initial PC release. We will keep this list up to date - remove any games that have already joined the service (you can always find them in our convenient PC Game Pass games list) and add new ones. We will also update the release dates when more information becomes available.

Updated on 30th September: We have removed the recently released games and updated the release date of Scorn.

Here are the games expected to join GP this year. The highlights of this section are the long-awaited Scorn, A Plague Tale: Requiem, and Persona 5 Royal. We also have high hopes for High On Life - a game from Rick & Morty co-creators.

Upcoming Game Pass games - the first half of 2023

Some of the most anticipated AAA games will join the subscription early in 2023. We look forward to finally playing Forza Motorsport, Starfield, and Redfall, as well as older Persona titles that Atlus decided to share with GP members. The sequel to ARK: Survival Evolved and The Last Case of Benedict Fox should also provide us with long hours of gameplay 😉

This section includes titles that we will have to wait for the longest. They will appear on Game Pass in the second half of 2023 or later. Here we also listed all games without confirmed release dates. We can't wait to return to the Zone with a brand-new S.T.A.L.K.E.R. game, try out the next installment of the Fable series, and the sequel to the acclaimed Hellblade: Senua's Sacrifice.

It is true that GG.deals is a PC-only deals aggregator, but we do like keeping everything in one place. Here are the upcoming releases of the console ports and mobile-only games.

A speculative section for titles that were not confirmed by Microsoft, and projects without the official game titles.

While waiting for the games to come out, you can add them to your GG.deals wishlist and create a price alert – so that whenever a great offer, you will know about it instantly.

Also, consider becoming a member of Xbox Game Pass, as new subscribers pay only a dollar for the first month. The introductory offer applies to "regular" PC subscription and Xbox Game Pass Ultimate!

Which of the games coming to Game Pass in 2022 and 2023 do you find the most exciting? Have you added some of them to your wishlist already? Feel free to share your thoughts with us in the comments section below!