Compare prices with GG.deals to find the cheapest cd key for 89 PC. Head over to one of the trusted game stores from our price comparison and buy cd key at the best price. Use the indicated client to activate key and download and play your game. 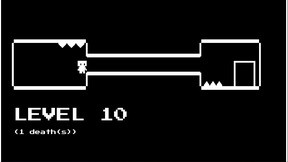 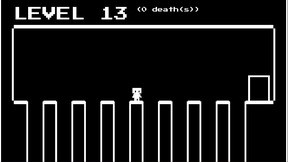 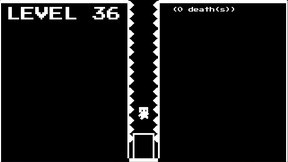 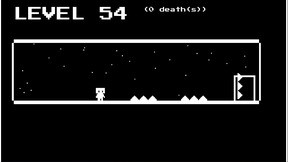 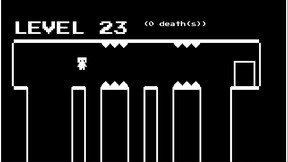 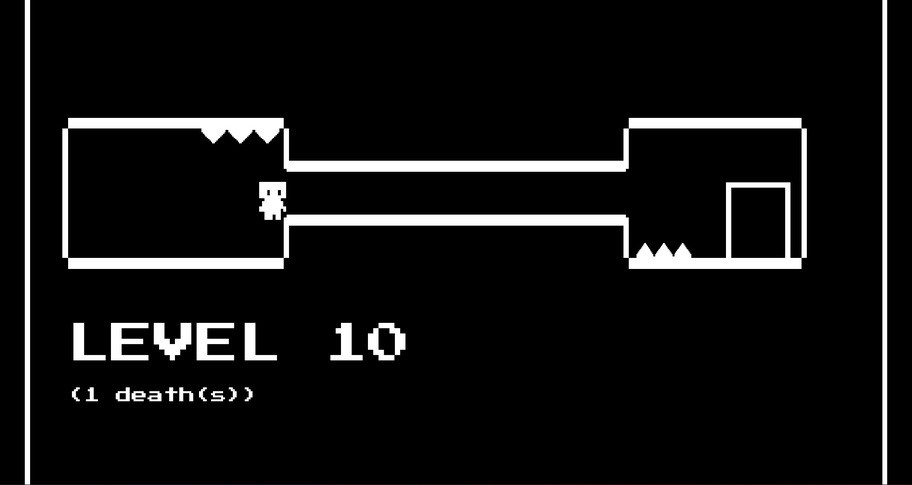 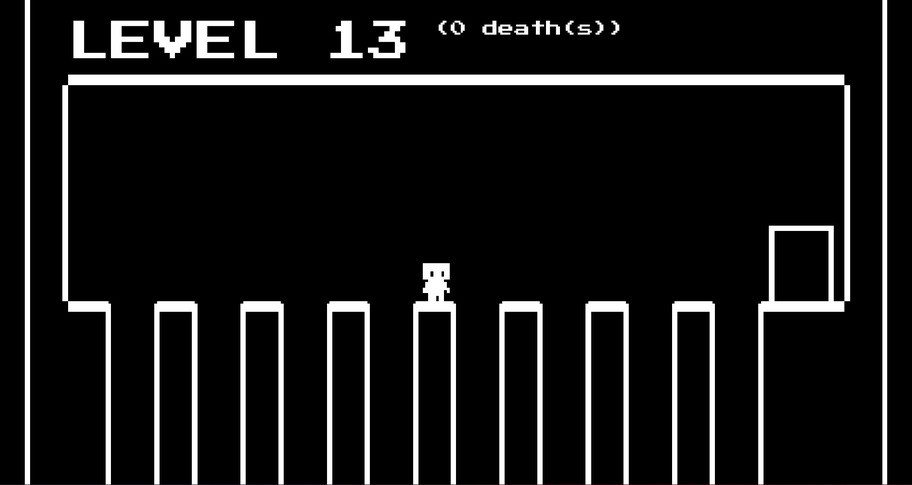 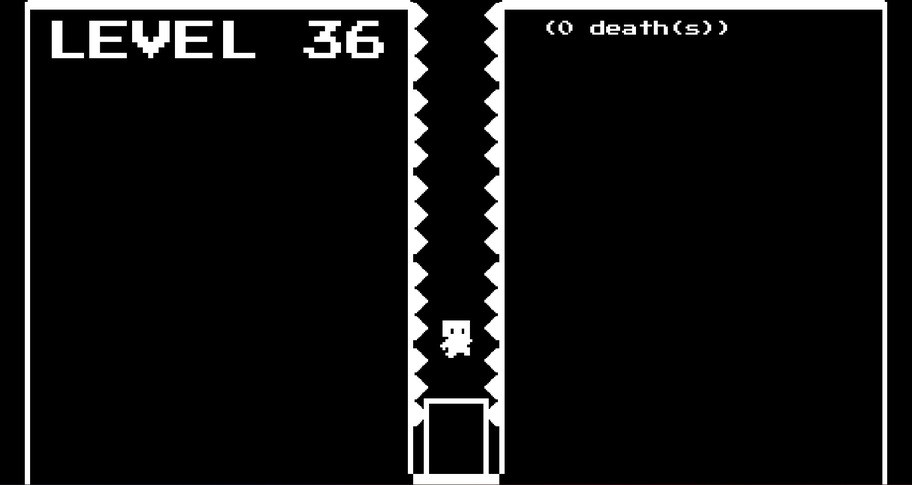 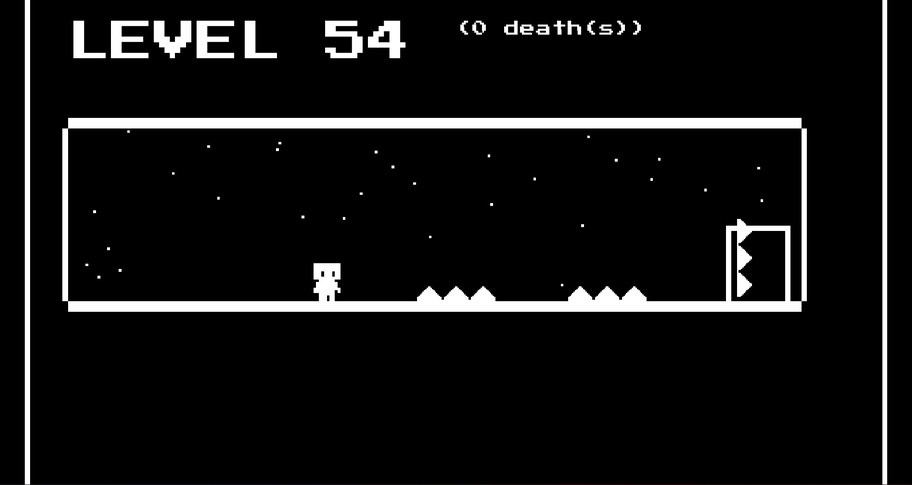 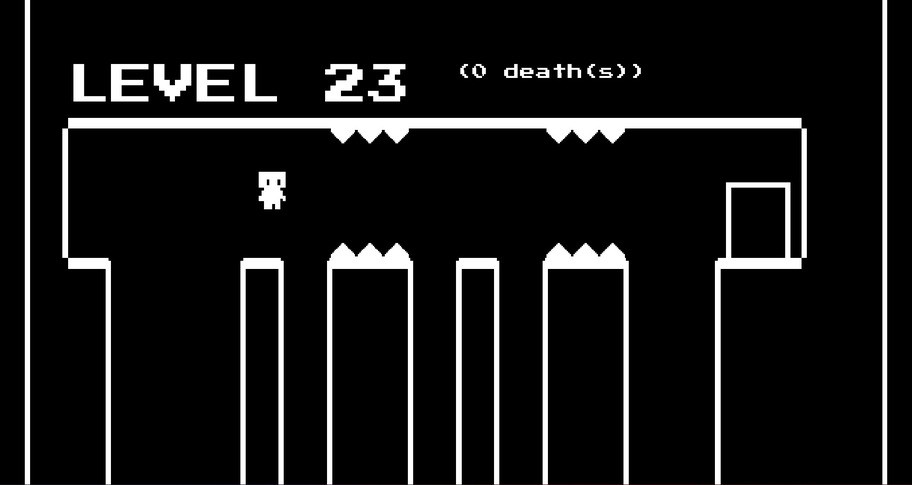 89 is a simple platforming game that features a small twist, there is only one checkpoint in the whole game, which is located halfway through, which means that unless you've passed the halfway point, everytime you die, you go back to the start (or the halfway point). It features 1-bit pixel art graphics and simple, intuitive controls.
The game throws you straight into the levels, no mindbendingly complicated lore, no insane character arcs to keep track of, no oddly-specific scenery descriptions, just run and jump. At its core, 89 boasts basically the bare minimum required for a platforming game, a movement button, a jump button, and spikes and pits galore. It was designed to be the most straightforward experience possible, for anyone to be able to get into, but at the same time to have nerve-wracking level design, for the more experienced of players to also be able to have fun.

As said before, the graphics present in 89 are as simple as possible, to try and aid the game's whole "simple yet intuitive feeling". The graphics are retro-inspired pixel art, but the graphics make use of only three colors, black, white and sometimes (but only sometimes) yellow, as merely an accent. The graphics were made specifically to be easy on the eyes, and to be able to be understood by anyone anywhere.

89 takes a no BS approach to control having only what is strictly needed for gameplay, forward and backwards movement, and a jump button, not even a run button. These controls may seem overly dumbed-down and limiting on the surface, but the levels were designed to perfectly suit these basic controls and to be able to stretch them to unexpected capacities.

The OST (original sountrack) present in the game is fully composed by AV474R, and was tailored for 89. It is a perfect balance of upbeat and happy EDM tracks, and suspenseful minimalist-type tracks. Apart from the sountrack composed specifically for 89, AV474R has also granted the dev team access to the majority of his discography, meaning that together with all the EDM tracks he's composed for the game, you will also be able to hear some calming lofi, if you play for long enough. There are also some classical tracks sprinkled in, to be able to really suit every music taste.

89 also happens to be chock-full of fun little extras, so that everyone can have exactly the experience they want. Some of he afformentioned extras include:

GG.deals aggregates game keys from over 40 digital distribution stores so you can find the best deals on video games. All offers already include discounts from vouchers to save you time and money. Check the price history of the game to determine how good the deal is in relation to historical low offers. If the price is still too high, create a price alert and receive an email notification when 89 matches your budget!

Does 89 cd key activate in my region?

We always try to make sure that price displayed in our comparison is assigned to the correct regions. However, some shops don’t share information regarding regional locks in their product feeds and that can lead to some very occasional mistakes. Before you buy 89, please check the store page for any information about activation restrictions in your region. If you notice any product assigned to incorrect region on GG.deals, contact us and we will correct the listing as soon as possible.

If you’re short on money and want to get 89 for free, there are a couple of ways for you to try:

Even if 89 free download is not available, you can always save up and get the key at the lowest possible price using GG.deals comparison engine.

Which 89 shop to choose? What’s the difference between official stores and keyshops?