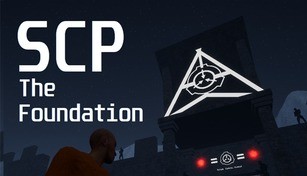 Compare prices with GG.deals to find the cheapest cd key for SCP: The Foundation PC. Head over to one of the trusted game stores from our price comparison and buy cd key at the best price. Use the indicated client to activate key and download and play your game.

About SCP: The Foundation 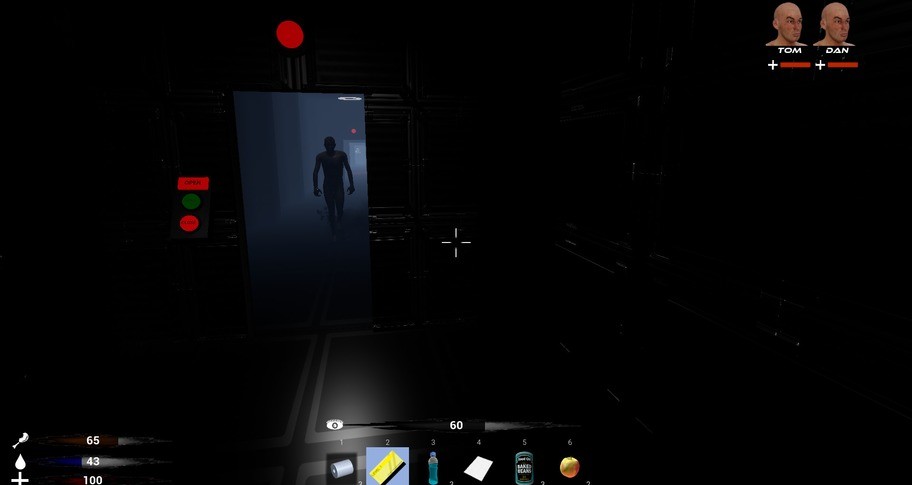 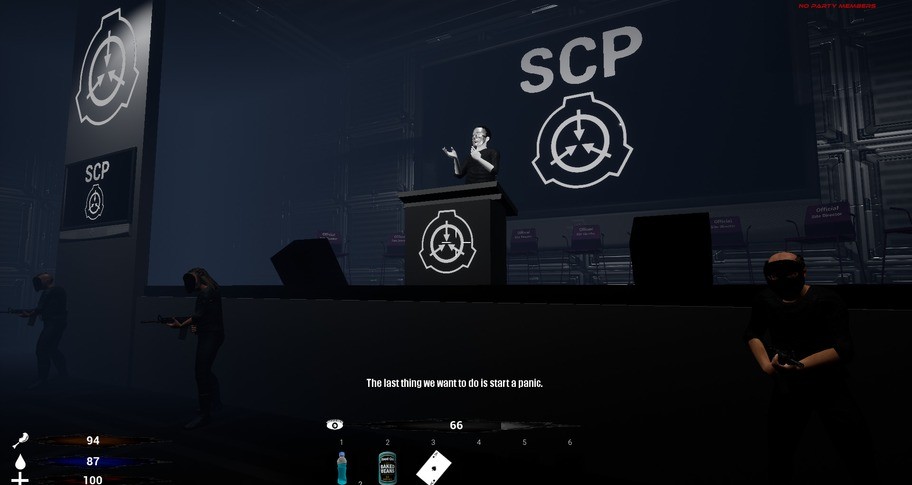 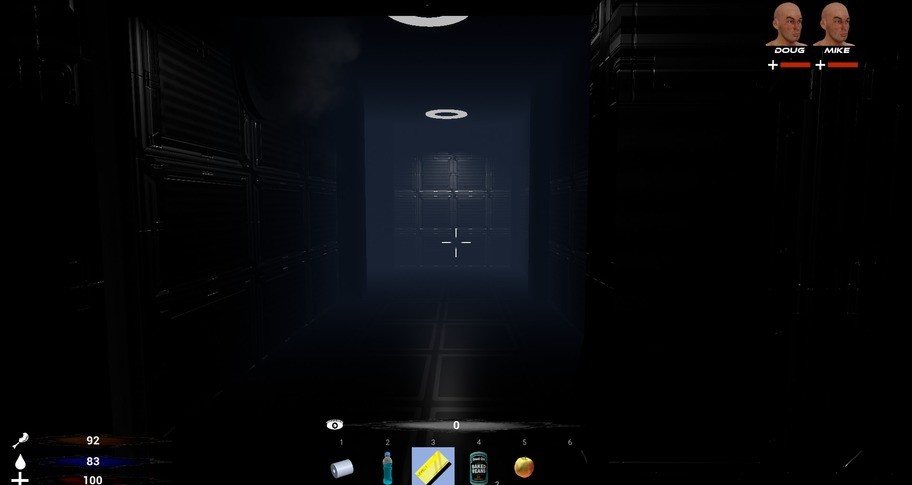 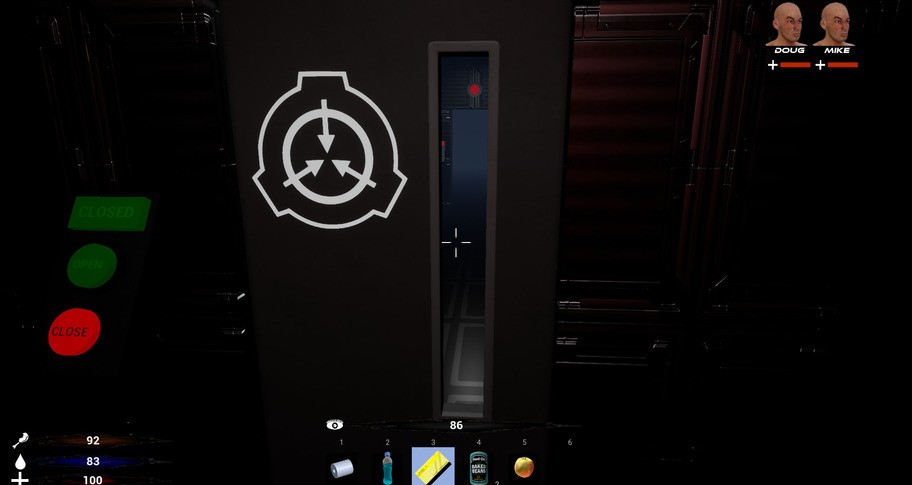 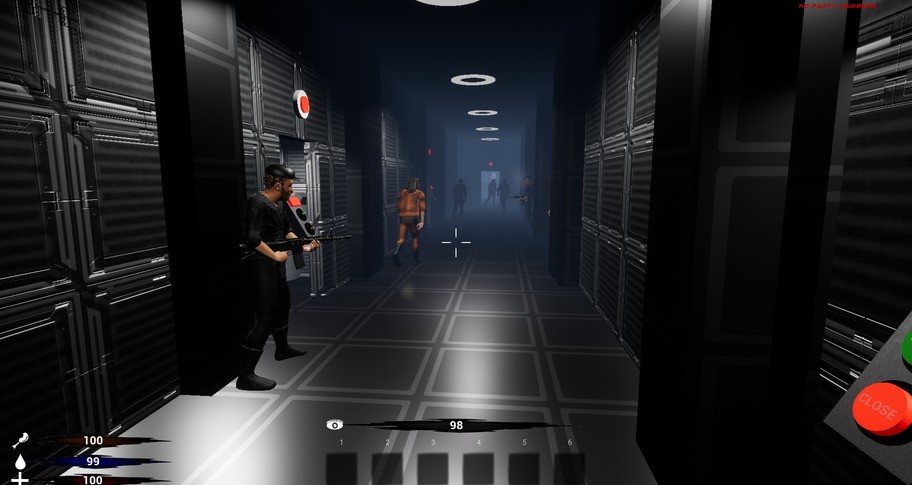 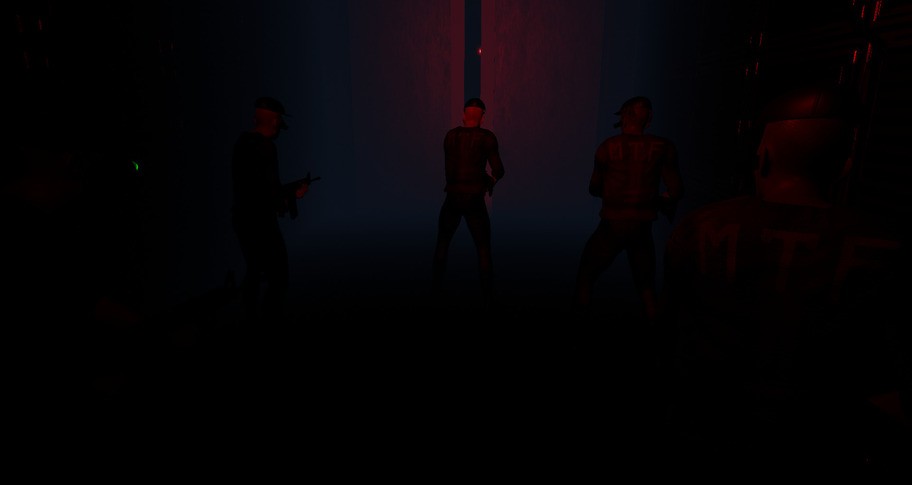 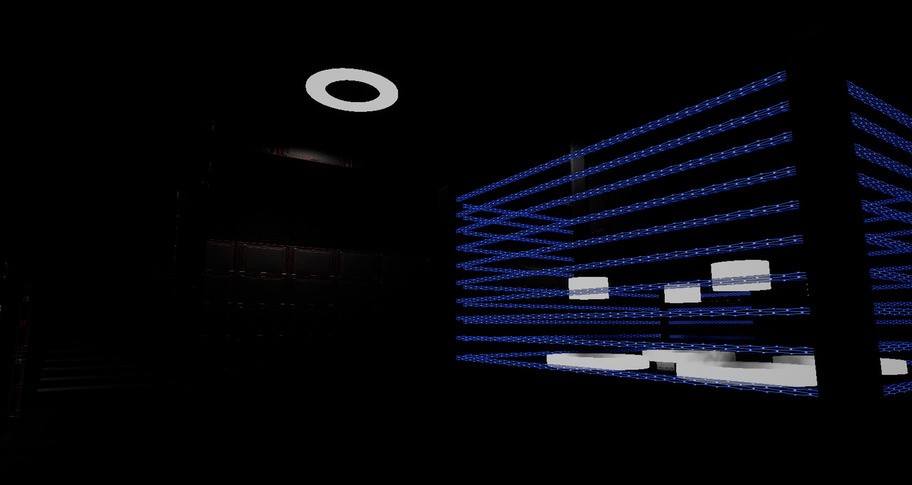 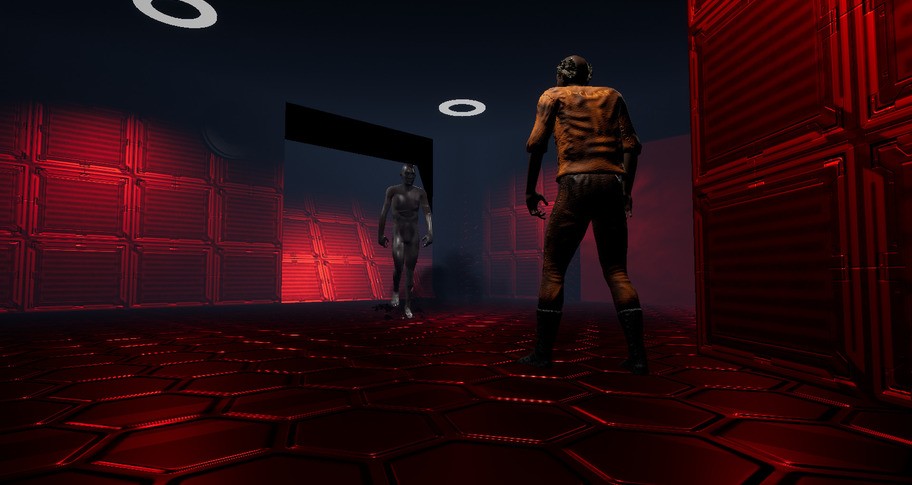 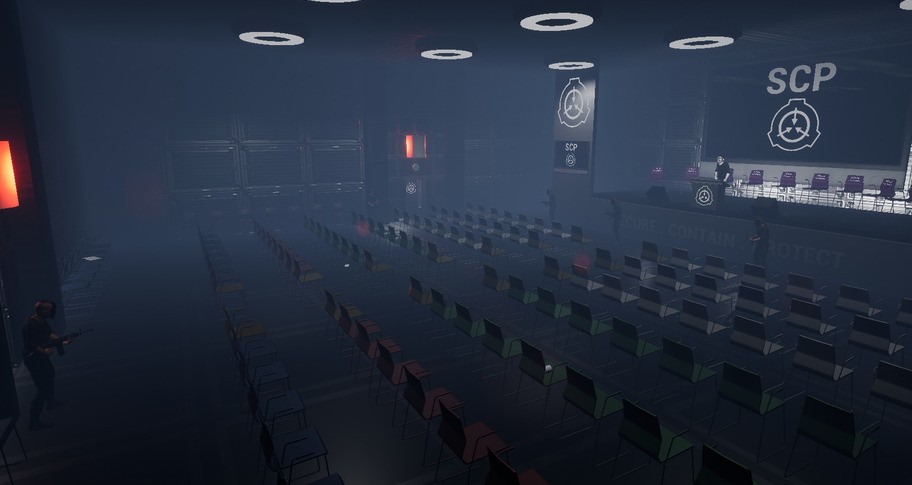 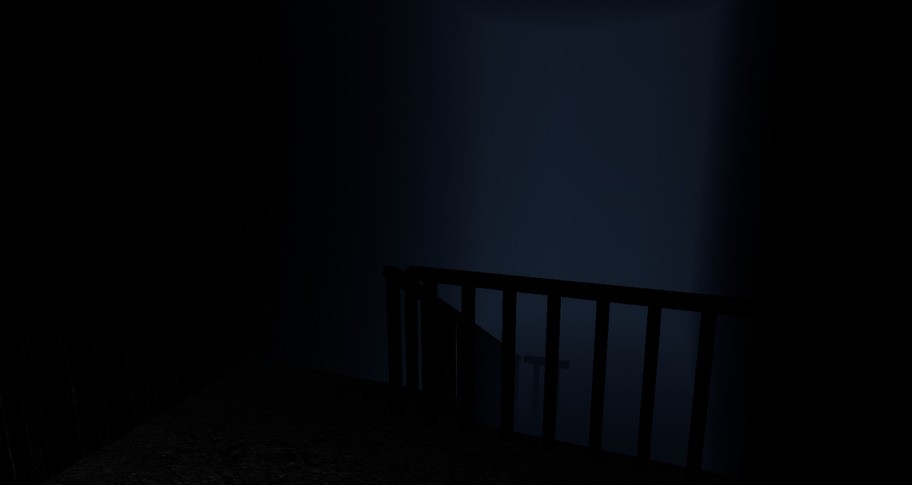 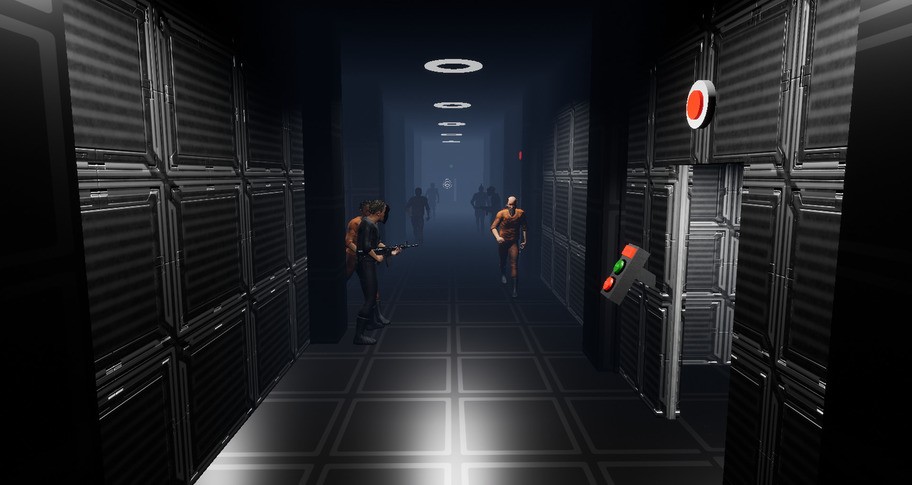 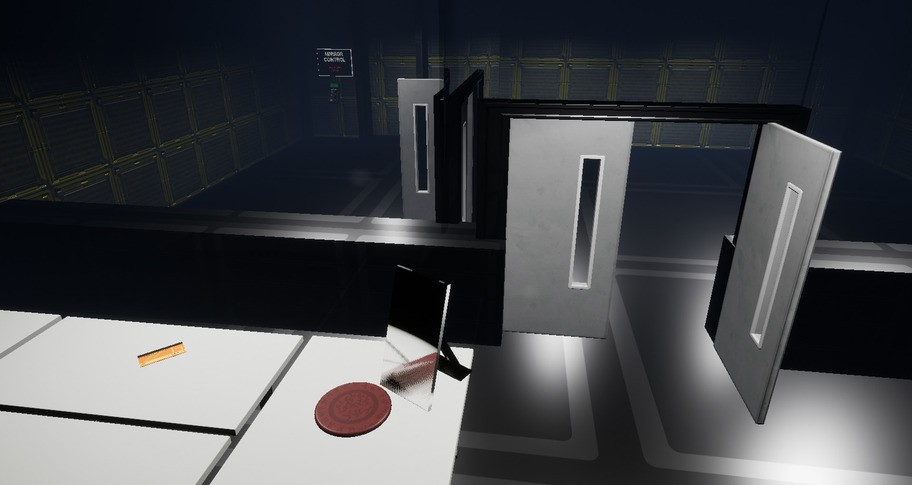 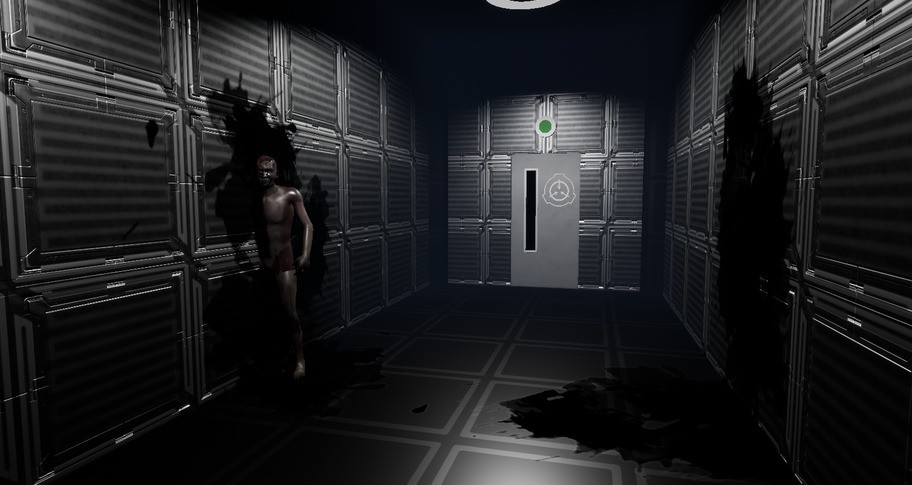 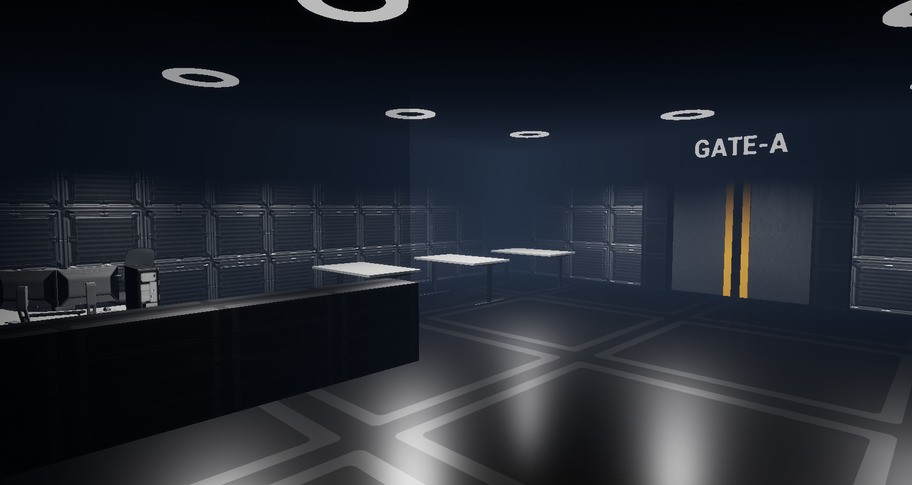 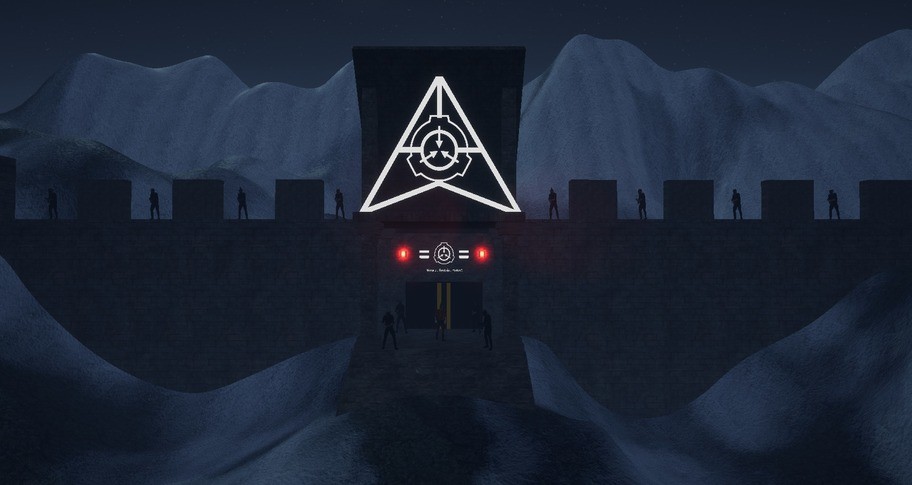 Welcome to The Foundation

It’s a pleasure to have you on board as a new D-Class personnel member. I’ll admit, we’ve been running short in the D-Class department lately and the “D” in D-Class absolutely does not stand for dispensable, you have my word on that. You’re in here for the long haul. Your dream job awaits you as a new foundation member. Join the ranks of one of the most secretive and important organisations in the world that secures, contains, protects and catalogues some of the most dangerous though undeniably intriguing objects in the world, completely unknown to the worlds greater population.

Absolutely no harm will come to you I guarantee it, in fact, I’ll make you a little wager, if I’m wrong and you injure yourself by the fault of someone else, you can leave whenever you like, no strings attached! Doesn’t that sound reassuring? Now, our laboratory may not be the most comforting of environments to live amongst, but it sure is safe. Nothing gets by the eyes of the foundation, not even you. So don’t even think about a foolish escape attempt…

Alright, with the pleasantries out of the way, let's get right to it.

You play as a prisoner currently facing the death penalty for a truly heinous crime, although, the truth is that you've been wrongly convicted. Based on your good behaviour and substantial educational background, you have been unknowingly marked for retrieval by an SCP Foundation D-Class recruitment team managed by the infamous Dr. Gears. After passing a very short and sharp entrance examination conducted by the doctor. you are to be heavily sedated and whisked off to an unknown location deep in a snow covered mountain range in the dead of night.

You will awake in your personal cell and receive instruction to attend the compulsory recruitment assembly at 0800 hours that same morning.

And then, well, let’s just say things take a rather unexpected turn…

Your main goal is simply to survive. Using whatever means you can. At the same time, you’ll need to try and find your way out of the facility alive, however, that won’t be possible without some serious exploration on your part. Whether you want to rush to find an exit or stay a while and see what’s actually going on inside the facility to uncover some truly otherworldly objects, the choice is yours. Just remember, D-Class personnel are authorised to be shot on sight by all MTF units during a containment breach, so stay hidden at all costs. I really can't stress that enough as there are no firearms in the facility available for you to defend yourself with since they're strictly off-limits to D-Class personnel.

You are not alone in the facility, in case that wasn’t obvious already. Following the containment breach, you will be randomly grouped up with 2 other D-Class personnel who will tag along with you in your exploration. It’s up to you how you use them, you’re the leader so they will follow you wherever you go. You can use them as distractions for enemies, however escaping with them alive is optimal. (That is quite difficult to do by the way).

Every facility is randomly generated meaning that no two facilities will be the same. I wanted to do this to ensure every player gets a completely fair experience of the game every single play through. There is no tried and true method to guarantee escape, you will need to conduct your own exploration and scavenge for the right items to open an exit once you find one.

The facility as it stands is seperated into 3 wings named after some of our esteemed doctors. Section-A - Cimmerian Wing, Section-B Anaborough Wing and Section-C Clef Wing.

I am planning to add many more as the game grows. I’ll put them all on this list as they’re added so you can keep track. I am releasing the game in this early state mainly to get some much needed player feedback and to get a general idea of what you think of the game.

If it’s your first time playing an SCP game, well you’re in for a few surprises, but for all the veterans out there you'll probably know what to expect from each of the SCP’s. However, I will list a few tips here to help the new guys out.

When you encounter 173 (most likely the first SCP you will have the great displeasure of meeting) you’ll need to maintain direct eye contact with it at all times or it will be able to move. If it gets close enough to you it’ll snap your neck and you’ll die. Pretty brutal, but can you blame him, the poor guy just wants some attention!

If you stumble across a room with black mouldy deposits on the floor or walls, you may encounter 106. If you do, you’ll want to keep yourself at a distance and try to zap him with a live tesla gate to force him to stop chasing you, or if you can’t do that, you’ll need to outrun him until he gives up (much harder to do than it sounds since he can move through solid objects). If 106 catches you, he will either kill you if you're low on health or if he’s feeling nice, he’ll take you into his pocket dimension where you can attempt an escape, but that certainly won’t be easy.

If you find 087, you can optionally take a peek inside, see how dark it is and then proceed to leave immediately (like most people would do), or you can descend the stairwell and see what’s down there. Be warned, you can potentially find some really good items but you also risk death at any moment.

If you manage to find 093’s containment chamber, there’s quite a bit you can do with it including entering a freaky dystopian dimension through a mirror, but I’m not going to tell you how to do that. Read the wiki article and see if you can figure it out. You will however need a special keycard to access the mirror first.

If you find 914’s containment chamber you can use it to refine any items you’ve picked up along the way. Be careful though, items can be irreversibly damaged if you put 914 on the wrong setting. There is a list of some known item conversions lying around the facility if you can find it, otherwise you’ll need to guess and hope for the best. Using 914 is not necessary to escape, however it can potentially help you obtain a level 5 keycard or better (which you will need to escape) much sooner than searching for one that has spawned.

Everything to do with the game can be discussed either by starting a discussion on Steam, or preferably, by hopping into my official Discord server where I host the discussion for all my games. I’ve gathered a somewhat small, but undeniably welcoming community. Here’s the link if you’d like to join and meet some fellow players, I’m sure you’ll fit right in.

Please note that the game is currently in the very early stages of alpha and has been released as an “early access” title so you will likely encounter some bugs throughout your playthrough. If you do, PLEASE report them via my Discord server or in a Steam discussion to help get them fixed ASAP.

Thanks for stopping by and checking out the game. I hope you get at least a little spooked by it all. Whether you’re an SCP fanatic or you have no idea what SCP even stands for, there’s a scare in here for everyone. I’ve always been a huge fan of the SCP foundation wiki and the stories that surround it especially after the original SCP: Containment Breach was released many years ago which introduced me to it. So you could say I’ve had quite a lot of fun making the game and I hope to continue development with the help of player feedback from you guys. This is my second entry on Steam, I've had a little experience prior to this game. So don’t hold back, let me know what you think, I’m all up for improvement.

Price History of SCP: The Foundation

SCP: The Foundation sale & discount - all in one place!

GG.deals aggregates game keys from over 40 digital distribution stores so you can find the best deals on video games. All offers already include discounts from vouchers to save you time and money. Check the price history of the game to determine how good the deal is in relation to historical low offers. If the price is still too high, create a price alert and receive an email notification when SCP: The Foundation matches your budget!

Does SCP: The Foundation cd key activate in my region?

We always try to make sure that price displayed in our comparison is assigned to the correct regions. However, some shops don’t share information regarding regional locks in their product feeds and that can lead to some very occasional mistakes. Before you buy SCP: The Foundation, please check the store page for any information about activation restrictions in your region. If you notice any product assigned to incorrect region on GG.deals, contact us and we will correct the listing as soon as possible.

Will I be able to download SCP: The Foundation game immediately?

If you’re short on money and want to get SCP: The Foundation for free, there are a couple of ways for you to try:

Even if SCP: The Foundation free download is not available, you can always save up and get the key at the lowest possible price using GG.deals comparison engine.

Which SCP: The Foundation shop to choose? What’s the difference between official stores and keyshops?