Compare prices with GG.deals to find the cheapest cd key for Final Theory: Colonial Navy PC. Head over to one of the trusted game stores from our price comparison and buy cd key at the best price. Use the indicated client to activate key and download and play your game. 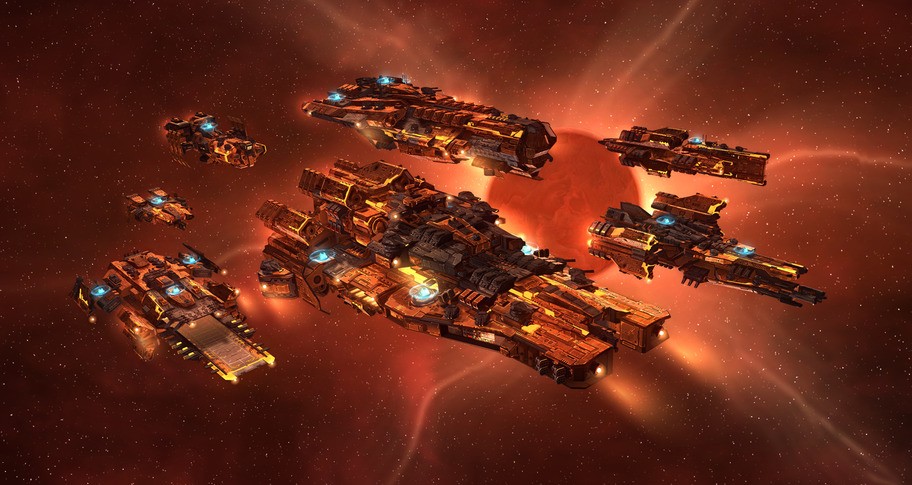 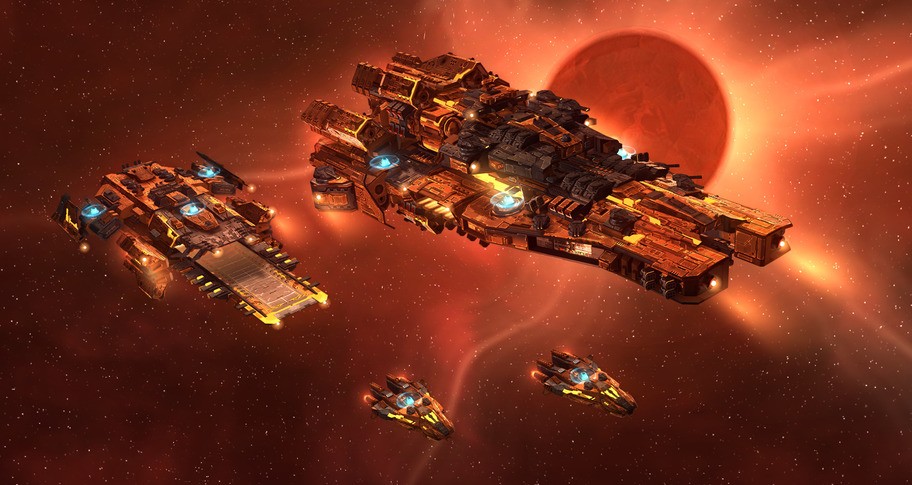 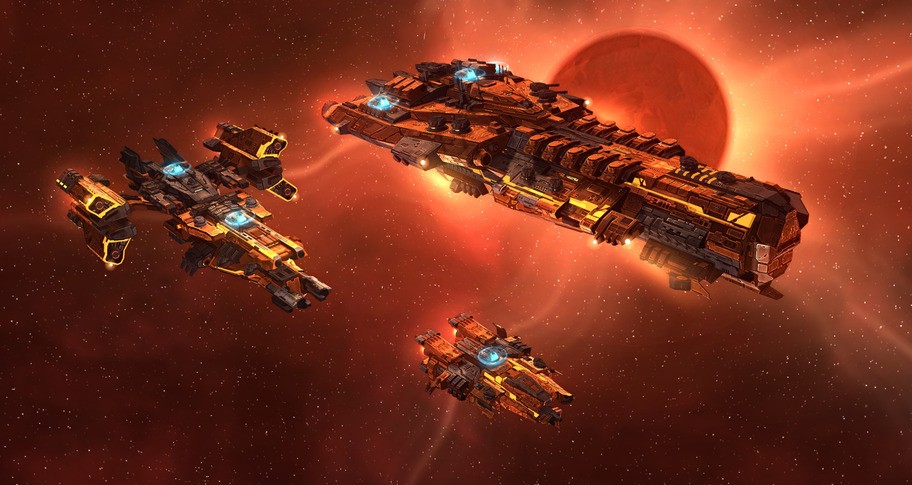 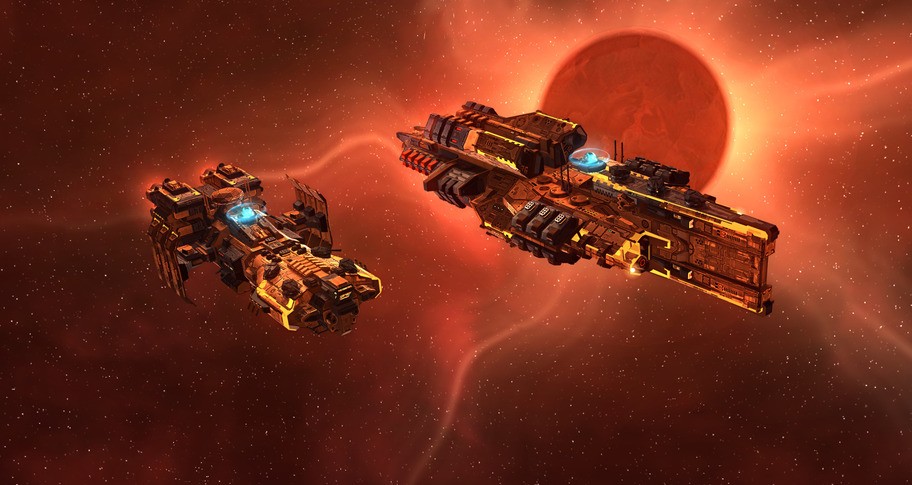 This package adds an additional playable navy to the strategy game Final Theory. The ships of the Colonial Navy share a common heritage with the Imperial Navy. It features copper alloy armor plating and an alternative weapons and abilities loadout from it's base navy, including artillery weapons, long range missiles and more. The package includes a full navy consisting of 8 ships in total: Dreadnought, Battleship, Carrier, Battlecruiser, Cruiser, Destroyer, Frigate and Corvette. The Colonial Navy can be added directly to the base game, or as part of the upcoming Legendary Bundle.

Play as, or against the Colonial Navy

Backstory: A Dominion informant known only in the intelligence community as Silver Rain, has successfully infiltrated the Royal Imperial Institute of Engineering and Technology. The informant has managed to gain access to schematics of classified naval ships, including those of the Colonial Navy. But with the galaxy on the brink of war and no way to directly transmit the huge quantity of data, the informant has opted to leak the schematics to an organization of black market traders. While dealings with such organizations is usually the purview of criminal enterprises, the Dominion high council has given you complete autonomy to ensure victory for the Dominion by any means.

As a specialized branch of the Galactic Imperial forces, the Colonial Navy operated exclusively in the outer rim territories. Their task was to provide security and maintain order in the developing regions of the galaxy. Seeing how matters of the outer rim were of little concern to the prosperous central regions of the Empire, the Colonial Navy acted independently of the Imperial Regulars, with it's own separate command and support infrastructure. But with the ever growing shortages of vital resources, and the Empire's subsequent proclamation to abandon the outer rim altogether, the colonies have now been left to fend for themselves. The withdrawal of the Colonial Navy in it's entirety, has completely overwhelmed the capabilities of sector police forces, threatening a total regression of all the progress that has been made throughout the outer rim colonies.

The ships of the Colonial Navy are built for self sufficiency and prolonged deployment in the deepest recesses of the galaxy. While being less costly to develop and maintain, they are still formidable and versatile naval ships. Capable of dealing with both a wide variety of enemy ships, and the ability to engage large numbers of hostile targets simultaneously. They feature an impressive array of defensive measures giving them high sustainability, and sport specialized armaments such as powerful artillery cannons and long range missile systems.

While being technologically advanced colonies, a more loose approach to law enforcement has always been taken throughout the outer rim, as a means of providing incentives for contractors and development projects. This common conduct of overlooking minor offenses, such as contraband smuggling and thriving black markets, had earned the Colonial Navy the reputation of being the most lenient of the Imperial forces. This perceived leniency has however never extended to open territorial conflicts that would interfere with the profitability of the outer rim.

The Colonial Navy are historically known as unrivaled masters of blockade and siege operations, often achieving their goals without the need to engage in traditional open battles. Even before the Empire rose to power, the outer rim had long been host to rampant piracy led by self proclaimed system lords. The Colonial Navy was tasked with stabilizing the outer rim once and for all, and bring an end to these feeble-minded antics. But rather than rooting out thousands of pirate strongholds one by one, the Colonial Navy opted instead to blockade all central supply lines. This strategy was effectively used to starve the would-be crime lords of the resources needed to fuel their paramilitary organizations. Once the pirates had grown desperate, they tried to run the blockades en masse. But the Colonial Navy bombarded them at range, ensuring minimal losses and leaving nothing in their wake but a spectacular feast for the common scavengers of the outer rim. While the strategy of blockades and protracted sieges did bring an end to the long suffered tyranny of system lords, it had also constituted the worst economic recession the outer rim had ever seen. Nonetheless the Colonial Navy received high commendations by the Empire, for it's most effective handling of the situation.

Final Theory: Colonial Navy sale & discount - all in one place!

GG.deals aggregates game keys from over 40 digital distribution stores so you can find the best deals on video games. All offers already include discounts from vouchers to save you time and money. Check the price history of the game to determine how good the deal is in relation to historical low offers. If the price is still too high, create a price alert and receive an email notification when Final Theory: Colonial Navy matches your budget!

We always try to make sure that price displayed in our comparison is assigned to the correct regions. However, some shops don’t share information regarding regional locks in their product feeds and that can lead to some very occasional mistakes. Before you buy Final Theory: Colonial Navy, please check the store page for any information about activation restrictions in your region. If you notice any product assigned to incorrect region on GG.deals, contact us and we will correct the listing as soon as possible.

Will I be able to download Final Theory: Colonial Navy game immediately?

If you’re short on money and want to get Final Theory: Colonial Navy for free, there are a couple of ways for you to try:

Even if Final Theory: Colonial Navy free download is not available, you can always save up and get the key at the lowest possible price using GG.deals comparison engine.

Which Final Theory: Colonial Navy shop to choose? What’s the difference between official stores and keyshops?