Compare prices with GG.deals to find the cheapest cd key for Final Theory: Syndicate Navy PC. Head over to one of the trusted game stores from our price comparison and buy cd key at the best price. Use the indicated client to activate key and download and play your game. 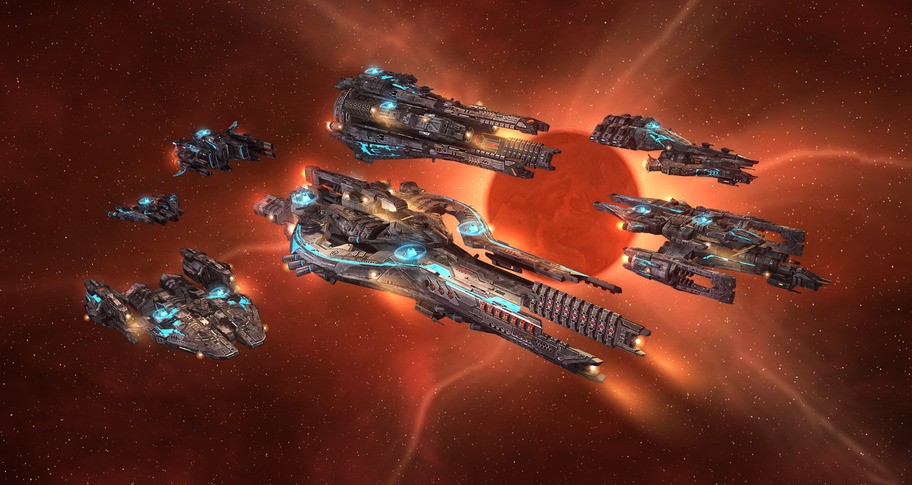 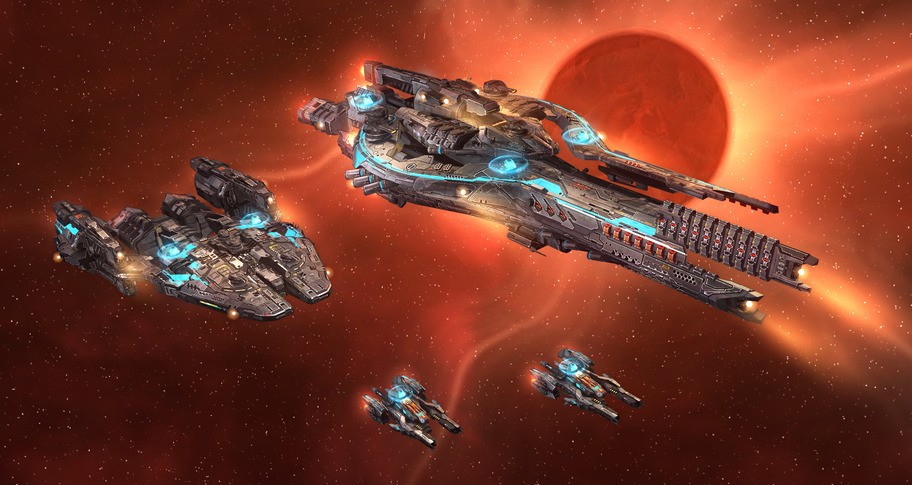 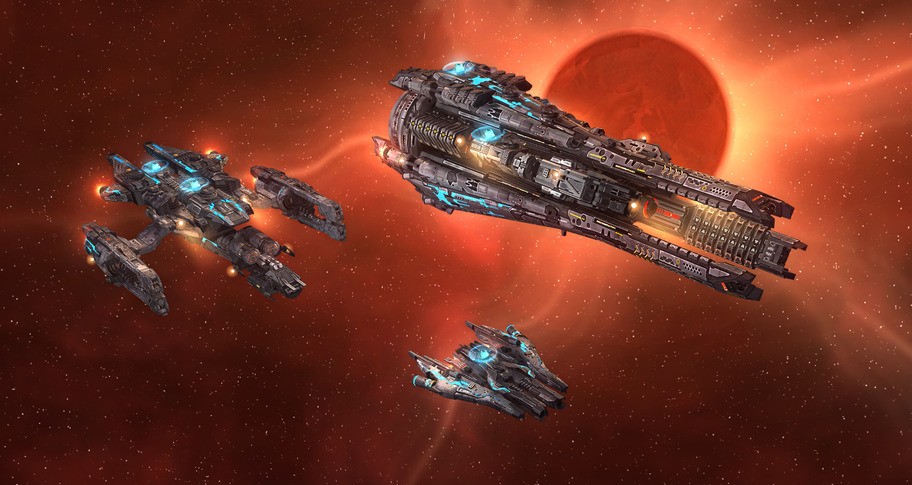 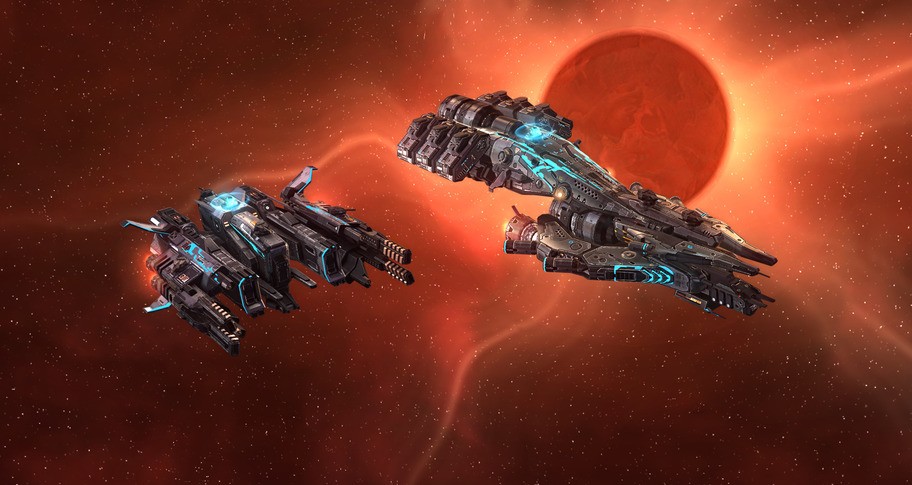 This package adds an additional playable navy to the strategy game Final Theory. The ships of the Syndicate Navy feature a mix of new abilities and weapons, titanium alloy armor plating, advanced shields, long range railguns, energy weapons and more. The package includes a full navy consisting of 8 ships in total: Dreadnought, Battleship, Carrier, Battlecruiser, Cruiser, Destroyer, Frigate and Corvette. The Syndicate Navy can be added directly to the base game, or as part of the upcoming Deluxe Bundle or Legendary Bundle.

Play as, or against the Syndicate Navy

Backstory: A Dominion informant known only in the intelligence community as Silver Rain, has successfully infiltrated the Royal Imperial Institute of Engineering and Technology. The informant has managed to gain access to schematics of classified naval ships, including those of the Syndicate Navy. But with the galaxy on the brink of war and no way to directly transmit the huge quantity of data, the informant has opted to leak the schematics to an organization of black market traders. While dealings with such organizations is usually the purview of criminal enterprises, the Dominion high council has given you complete autonomy to ensure victory for the Dominion by any means.

The Kobayashi Conglomerate, commonly referred to as the Syndicate, is the wealthiest corporate entity in the galaxy, and commands the largest privately owned navy in history. As leaders in the development of artificial intelligence, planetary defence systems and interstellar market solutions, the Syndicate has always held great influence in galactic affairs.

Originally the ships of the Syndicate Navy were classified as mobile light planetary defence systems, but were later retrofitted with subspace drives to give them full interstellar capabilities. The use of integrated artificial intelligence, to manage the bulk of ship operations, brought the need for crew and personnel below that of any other military force. As naval ships they sport little in terms of armor, and rely heavily on advanced shield technology. But what they lack in durability, they make up for with superior range and firepower. Their weaponry is focused mainly on both small and large scale railguns. Using strong magnetic fields to accelerate not only conventional projectiles, but also particle and antiparticle munitions.

During the early age of mass colonization, the unimaginable complexity of interstellar economies, regulations and trade treaties had stunted the continued expansion into the galaxy. Numerous conflicts erupted as parties looked to take advantage of the growing financial chaos throughout the major factions. But the Syndicate successfully proposed a unified system of commerce managed by an artificial intelligence. A system that could handle quintillions of market transactions every millisecond, and observe even the most intricate legal details with zero infractions. While the Eiko system is universally hailed as the usher of the golden age of civilized colonization, it had also made the Syndicate obscenely wealthy. This was achieved by the completely legal exploitation of inadequate trade regulations, when faced by an intelligence of this magnitude.

The Syndicate became key backers of the rising Empire, after the federation wide ban on sentient artificial intelligence research was passed. Fueled by the immense resources of the Syndicate, the Empire's research into strategic subspace weapons was greatly accelerated. In return for their support and immense contributions, the Syndicate was graced with a prominent position at the royal Imperial court in perpetuity. Thereby securing that their own research and development of both sentient and non sentient AI systems, would continue unfazed by the shortsightedness of the Federation.

Final Theory: Syndicate Navy sale & discount - all in one place!

GG.deals aggregates game keys from over 40 digital distribution stores so you can find the best deals on video games. All offers already include discounts from vouchers to save you time and money. Check the price history of the game to determine how good the deal is in relation to historical low offers. If the price is still too high, create a price alert and receive an email notification when Final Theory: Syndicate Navy matches your budget!

We always try to make sure that price displayed in our comparison is assigned to the correct regions. However, some shops don’t share information regarding regional locks in their product feeds and that can lead to some very occasional mistakes. Before you buy Final Theory: Syndicate Navy, please check the store page for any information about activation restrictions in your region. If you notice any product assigned to incorrect region on GG.deals, contact us and we will correct the listing as soon as possible.

Will I be able to download Final Theory: Syndicate Navy game immediately?

If you’re short on money and want to get Final Theory: Syndicate Navy for free, there are a couple of ways for you to try:

Even if Final Theory: Syndicate Navy free download is not available, you can always save up and get the key at the lowest possible price using GG.deals comparison engine.

Which Final Theory: Syndicate Navy shop to choose? What’s the difference between official stores and keyshops?