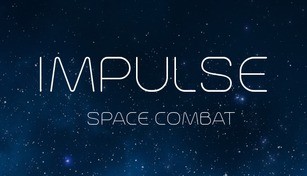 Compare prices with GG.deals to find the cheapest cd key for Impulse: Space Combat PC. Head over to one of the trusted game stores from our price comparison and buy cd key at the best price. Use the indicated client to activate key and download and play your game. 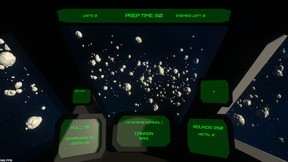 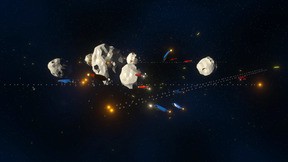 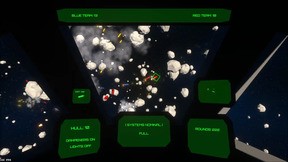 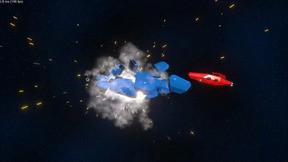 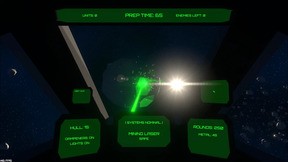 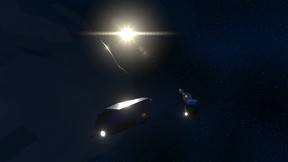 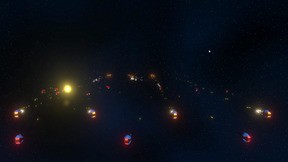 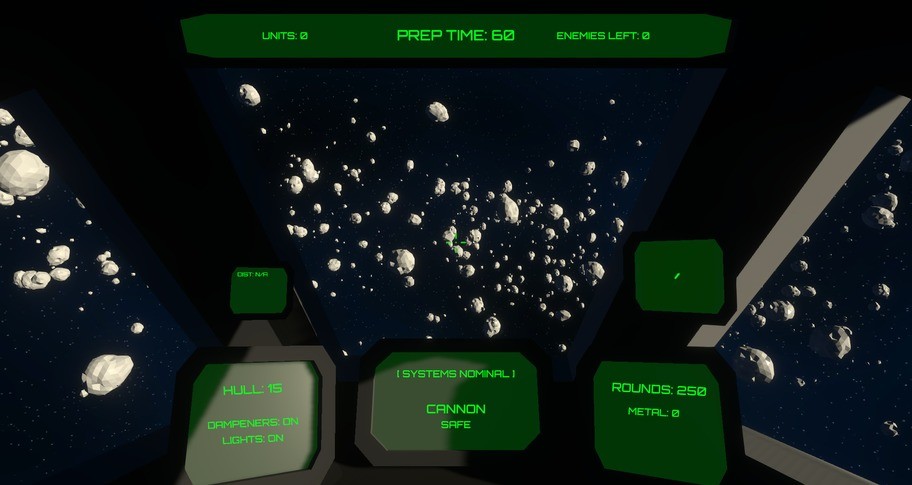 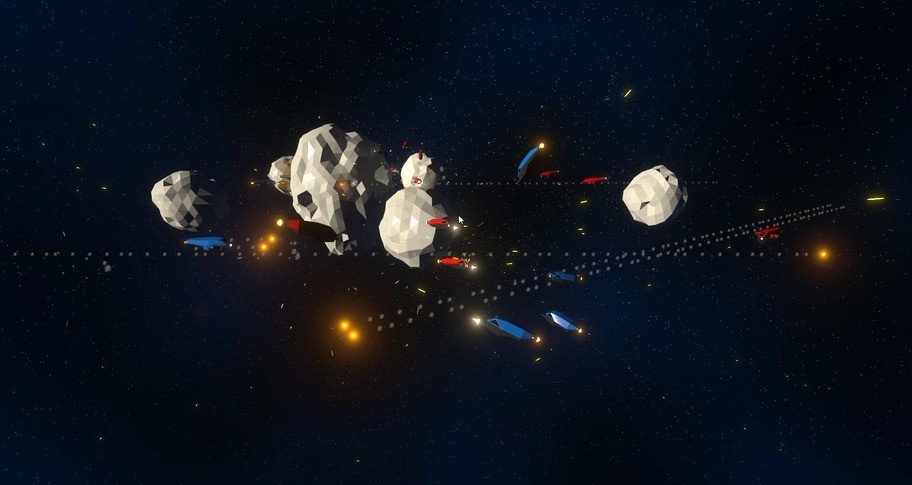 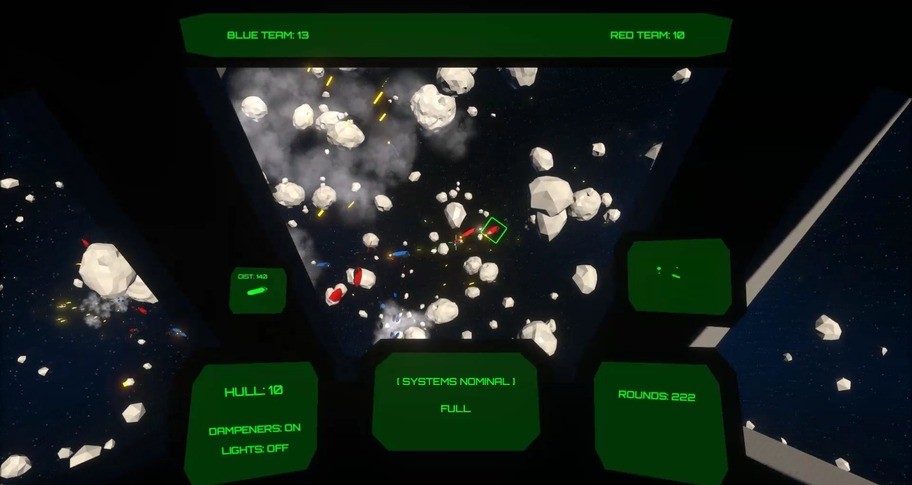 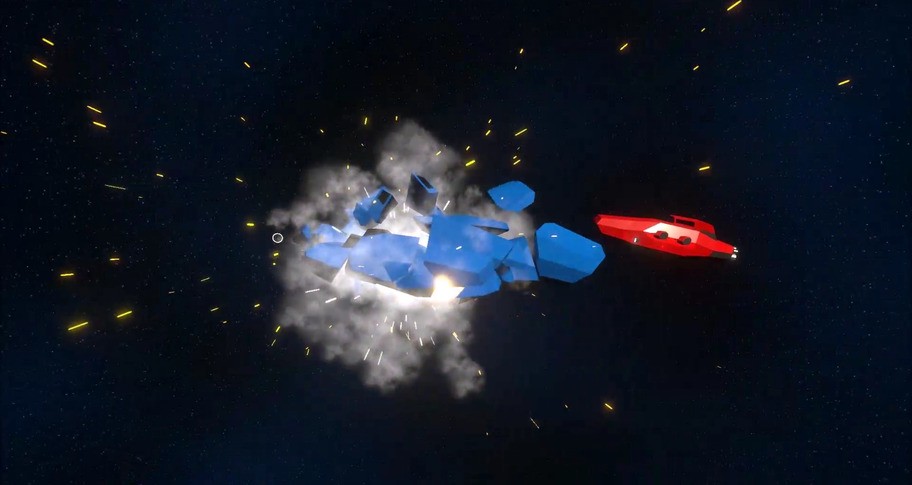 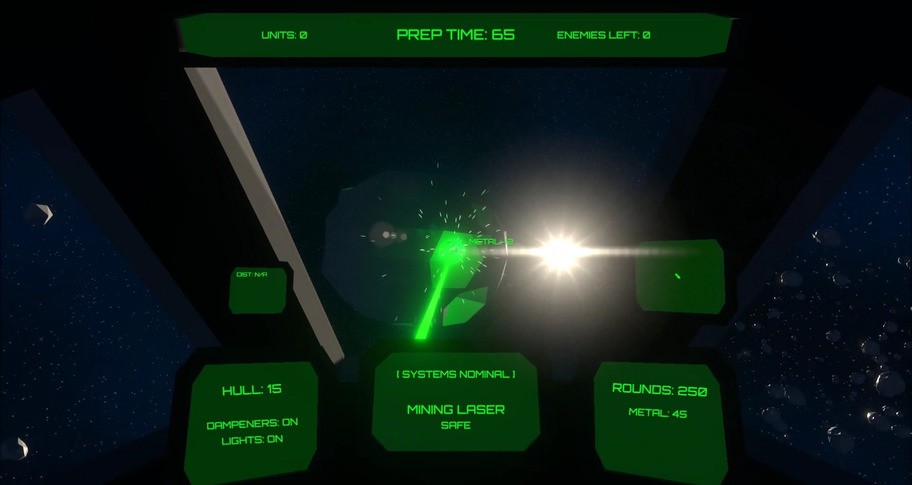 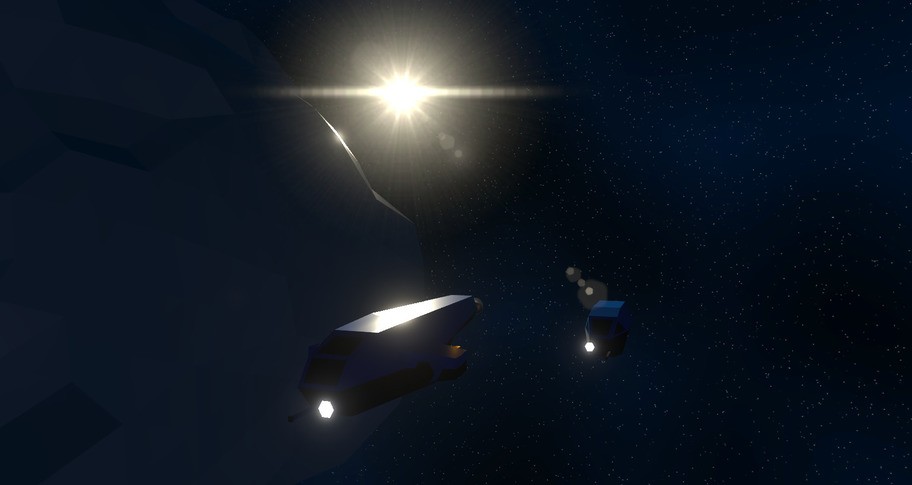 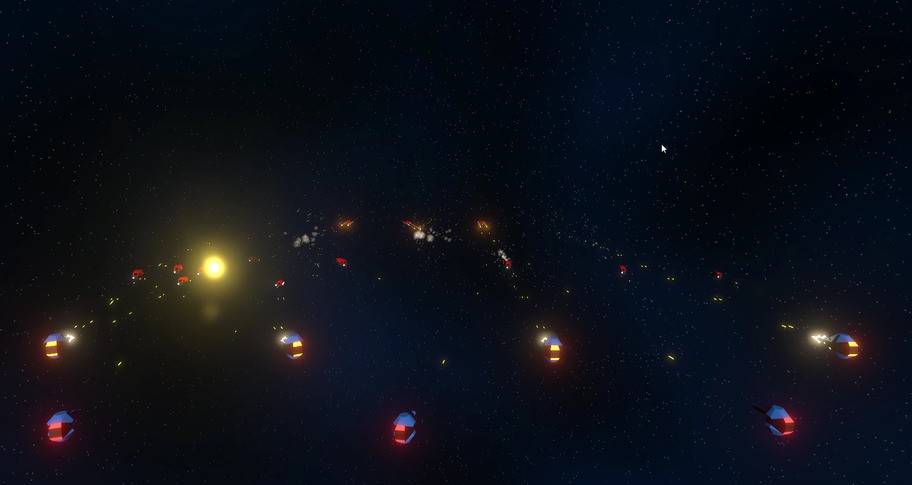 Impulse: Space Combat is a first person, realistic, action / survival game. In Impulse, physics play a major role in determining which team will be left standing. All movement and shooting, whether by the player or Impulse's ruthless AI pilots, is controlled using physics. When your ship is hit with a projectile you will feel the impact! In survival mode, harvest the asteroid field's metal resource to build your own fleet of fighters and turrets to defend against the next wave!

What are the current features?

There are currently two gamemodes, skirmish and wave survival. In skirmish mode, two teams of AI controlled fighter spacecraft are pitted against each other in a customizable, randomly generated, asteroid field. This is a battle to the last man, each team must completely wipe out the other to secure victory. Survival mode is a more gradual and calm experience (at first). The player must navigate a large asteroid field, mining metal, and building defenses during prep-time. When the counter runs to zero, a wave of enemies hunt down the player and his/her defenses. This gamemode starts off seemingly easy, but becomes frantic as the waves increase in difficulty.

The newest gamemode addition is the level editor (called the battle sandbox). This mode lets the player set up battles with as many ships and asteroids as they wish and test out new ships before they make it into the rest of the game, such as the Corvette. This mode was inspired by games like Totally Accurate Battle Simulator.


What can I expect for the future of this game?

With the recent Greenlight success, development of this game will return to a more regular pace. As a developer, I want to put the power of "what happens next" in the players' hands. This means that in the near future there will be surveys that can tell me what you, the player, would like to see next the most. Before this however, there will be a period of optimizing and making the game more modular to support such additions. Here is a list of possible additions that the players could choose from (or suggest their own ideas, of course):

Impulse: Space Combat sale & discount - all in one place!

GG.deals aggregates game keys from over 40 digital distribution stores so you can find the best deals on video games. All offers already include discounts from vouchers to save you time and money. Check the price history of the game to determine how good the deal is in relation to historical low offers. If the price is still too high, create a price alert and receive an email notification when Impulse: Space Combat matches your budget!

Does Impulse: Space Combat cd key activate in my region?

We always try to make sure that price displayed in our comparison is assigned to the correct regions. However, some shops don’t share information regarding regional locks in their product feeds and that can lead to some very occasional mistakes. Before you buy Impulse: Space Combat, please check the store page for any information about activation restrictions in your region. If you notice any product assigned to incorrect region on GG.deals, contact us and we will correct the listing as soon as possible.

Will I be able to download Impulse: Space Combat game immediately?

If you’re short on money and want to get Impulse: Space Combat for free, there are a couple of ways for you to try:

Even if Impulse: Space Combat free download is not available, you can always save up and get the key at the lowest possible price using GG.deals comparison engine.

Which Impulse: Space Combat shop to choose? What’s the difference between official stores and keyshops?