Rhythm games aren’t just arcade-like titles that only require insane precision – they are often incorporated into other genres, either as a mini-game or a massive chunk of the gameplay. Hey, Beat Saber showed us that VR could take the experience to another level! 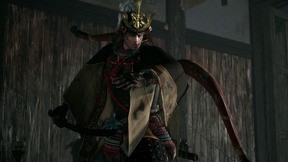 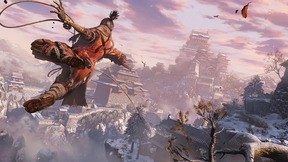 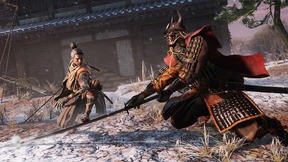 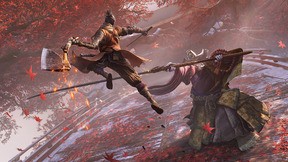 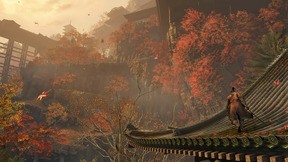 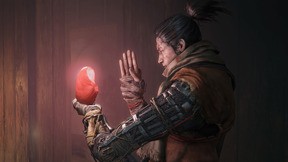 What makes music games so popular?

Is it that consecutively nailing songs in rhythm games has a calming effect on us, or is it that it’s so addictive, especially with a banger playing in the background? Probably both reasons are good explanations of the phenomenon. We will try to dive into this fascinating world and get you some answers.

To any of you who haven’t tried any title like that, the basic idea is simple: there’s a song playing, and there’s a scene or a visual to go along with it. Whenever you see a prompt, your job is to press the right button at the best moment possible – if you do it repeatedly, you start a combo. As you can imagine, the longer it is, the more points you end up with. Music games aren’t that difficult to comprehend, but mastering the skill is the challenging part of the process, and it’s the most rewarding at the same time. After all, when you perform a perfect run for the first time, it does feel terrific, promise.

The soundtrack also contributes a lot: without it, there would be nothing that determines when you should press a button on your keyboard or gamepad. The world of sounds dictates the title’s worth – even if it’s phenomenal gameplaywise, no one will put up with it just because it’s enjoyable. We need music to accompany our playthrough; otherwise, it would just be an awkward silence all along.

We’re talking about rhythm, but how exactly can it be utilized? As it turns out, in many things. Other than a typical singing sequence, one can feel the rhythm of an exciting show-off in dancing games, do an in-game activity - or, as in Crypt of the NecroDancer, you move your character solely according to the beat. Fighting bosses is also possible, which we’ve seen masterfully used in Everhood.

There is no limit to how we can apply rhythm to video games, and there will surely be more, even crazier ideas that will succeed. As for now, we already have enough titles that are implementing it in various creative ways. Not every title we want to mention here makes the feature its gameplay’s core. Still, all of them offer a slightly different concept that, in the end, works fantastic and makes us play rhythm games on PC even more.

When one thinks of a music-based game / mini-game, it’s usually the one thought that comes to mind. As many of you may associate the genre with a concert-like scenario, we will begin with Rocksmith 2014 Remastered.

Frankly, it’s more of a grown-up version that replaces plastic instruments with real ones – and teaches you how to play your favorite songs on them! It’s not only a title that provides you with a good song that you can perform so-so and still have fun with; it shows you how a song should be played. If you have a spare guitar lying around, give one of the best games like Guitar Hero a go!

Another great starter is Sayonara Wild Hearts: it looks cool and has fascinating visuals. It takes us to a dream-like world full of pop music, in which we will race, jump, fight our opponents, and do many other things that the developers added to the game. There are even rather aesthetic bullet-hell sequences here! We’re doing all that to the tune of pleasant songs, often enhanced by a mesmerizing female singer. It’s an experience you won’t find anywhere else; even though it’s relatively short, it’s as intense as it gets.

You can also pick Kingdom Hearts Melody of Memory from the realm of rhythm action games – especially if you’re a fan of “regular” titles from this series. Play as a 3-member team on stages known from previous installments in the franchise. Familiar songs play in the background while you deal with numerous Heartless, attacking them in rhythm with the current track.

It sounds simple, but this simplicity makes for fantastic gameplay! The collection of KH has many iconic songs that the fans will have a chance to re-experience in graphics known from the first Kingdom Hearts game. There will also be a few boss battles and songs that are accompanied by some of the most important scenes in the entire series.

These were the PC rhythm games Steam (or other platforms) has in store, so you can get to play them already! We should also at least mention several mini-games in the Yakuza series or a fascinating take on FPS titles with BPM: BULLETS PER MINUTE. There is so much more to discover; that’s why we haven’t included everything: have fun finding other games that blend rhythm with excellent gameplay. We can assure you that you’ll find plenty!