Compare prices with GG.deals to find the cheapest cd key for UBOAT PC. Head over to one of the trusted game stores from our price comparison and buy cd key at the lowest price. Use the indicated client to activate key and download and play your game. 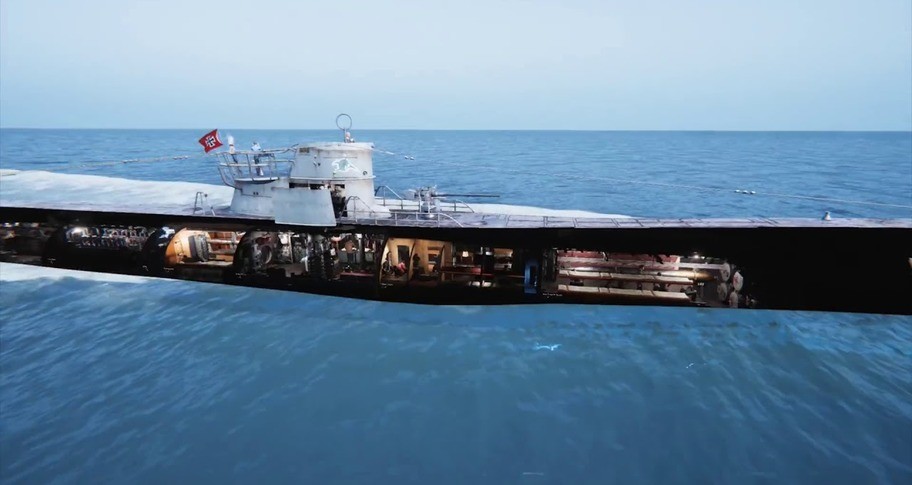 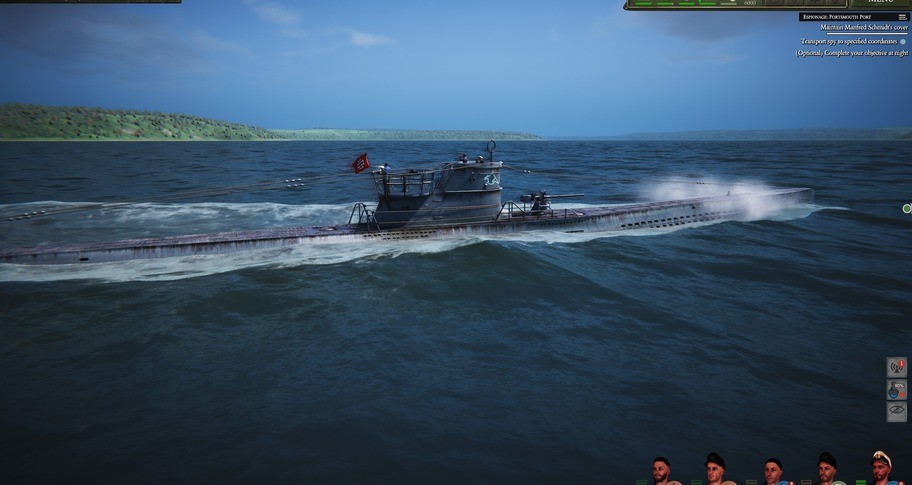 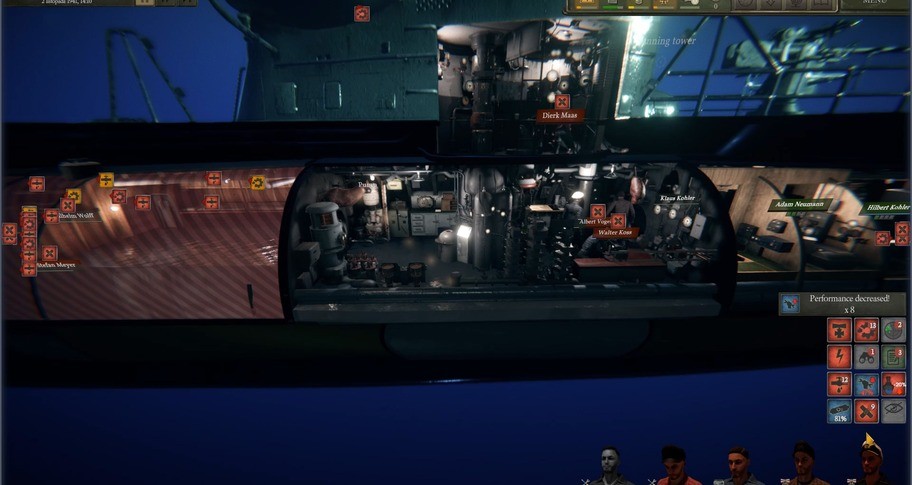 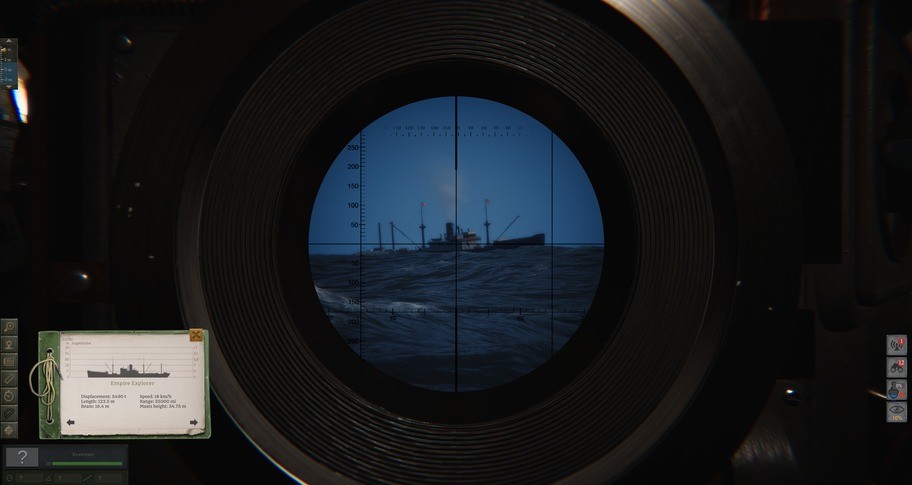 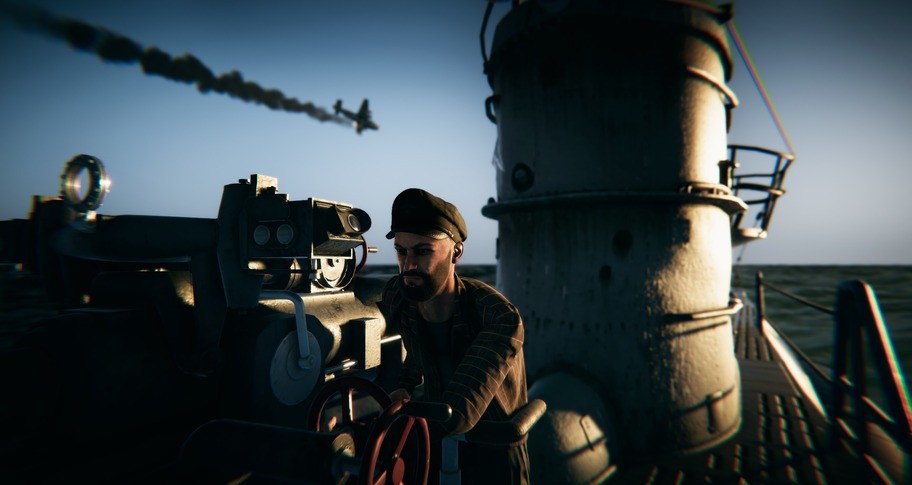 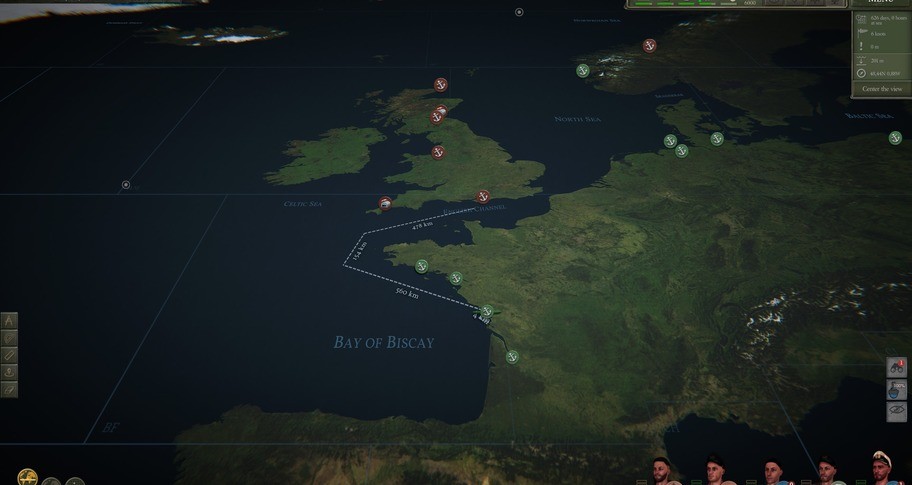 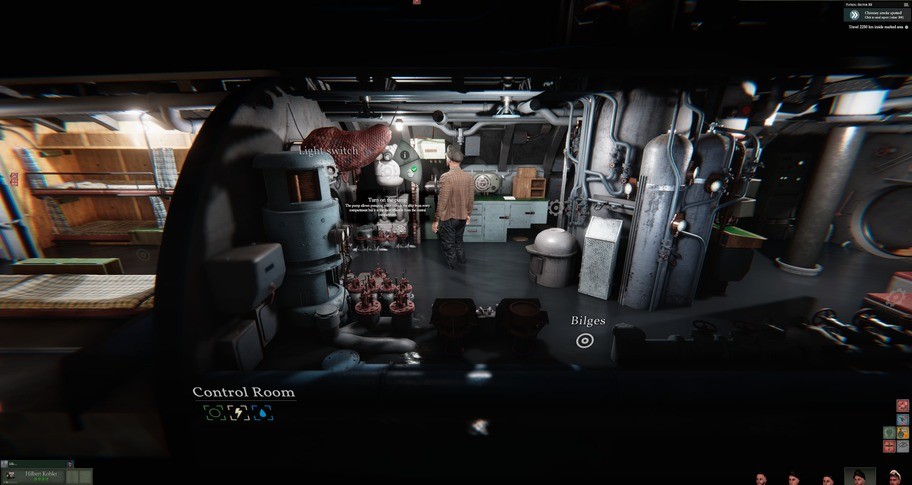 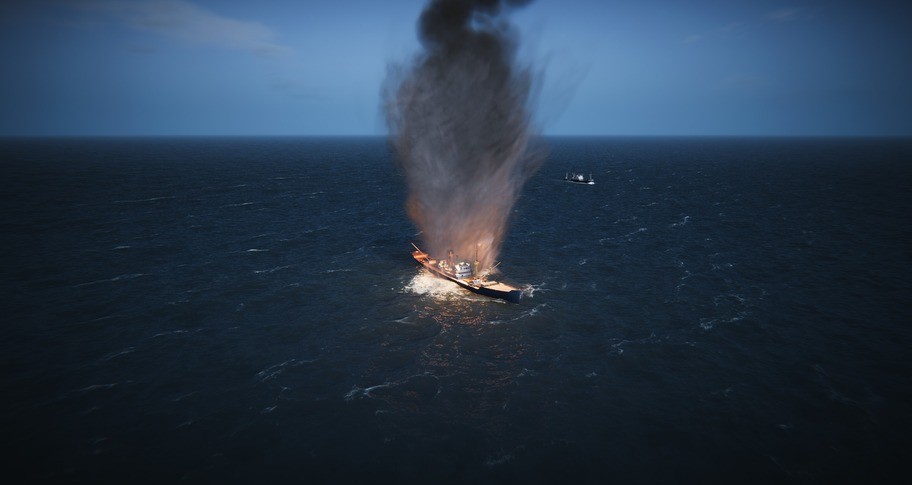 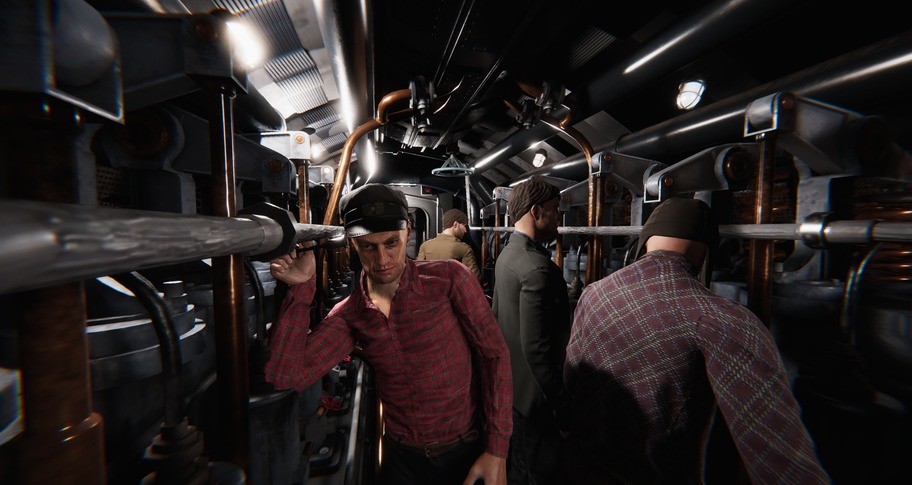 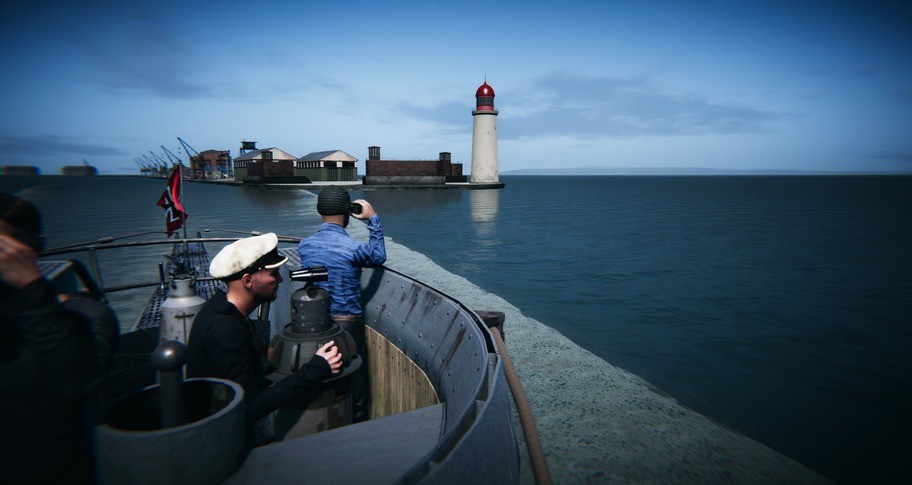 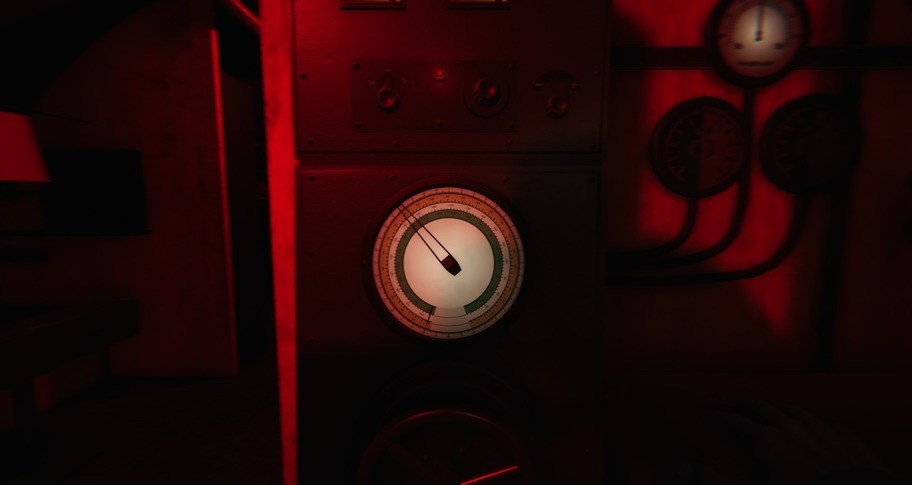 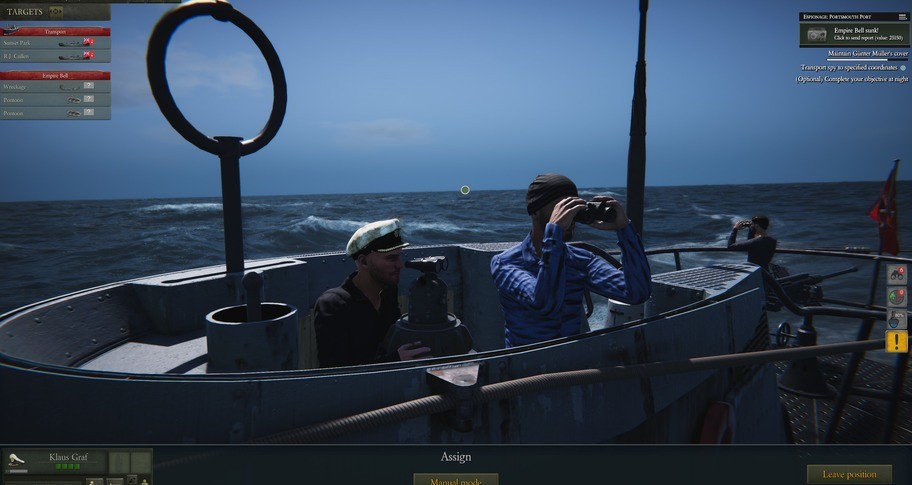 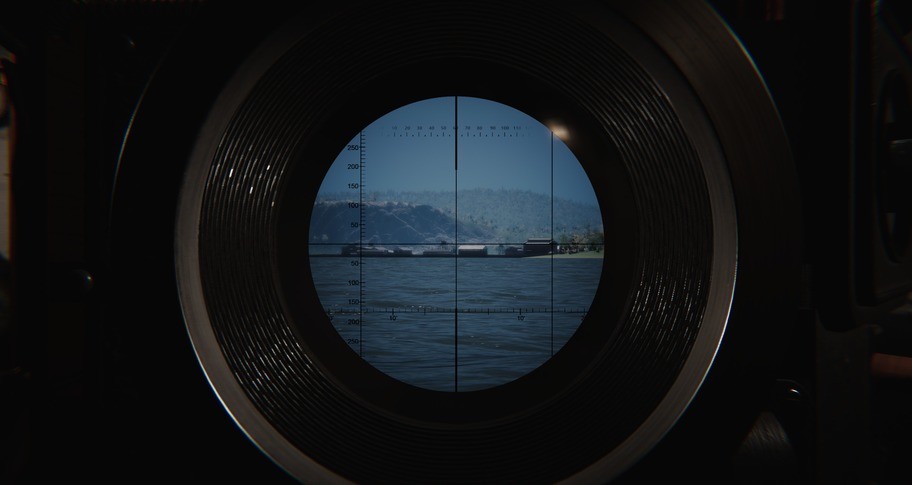 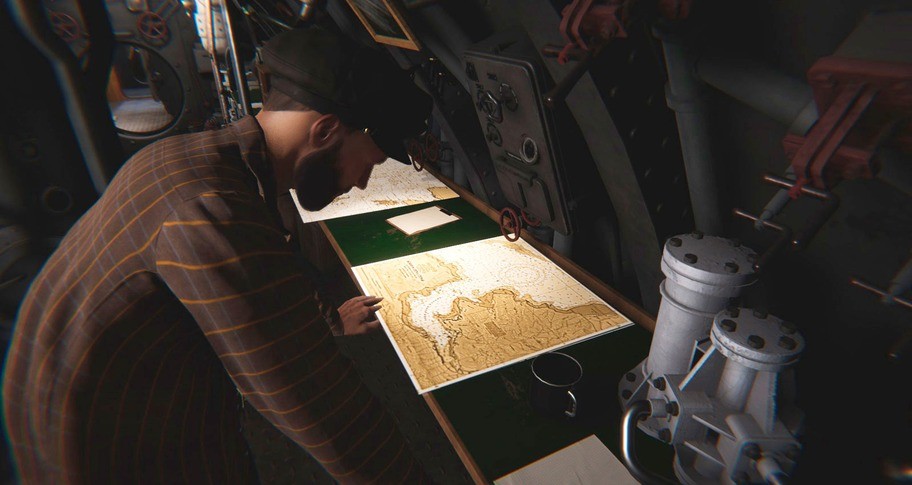 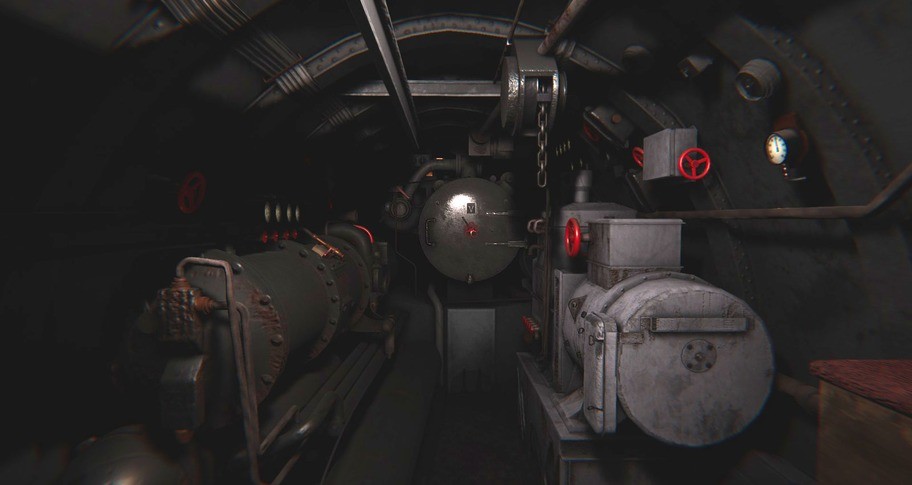 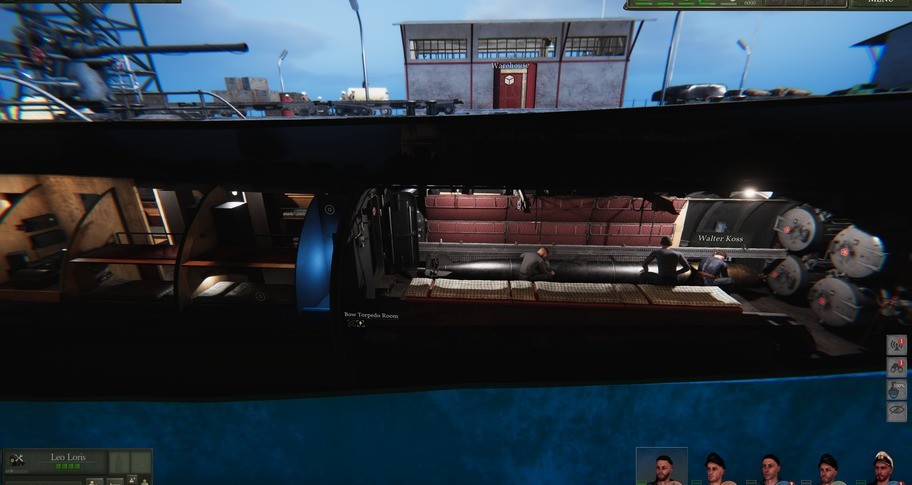 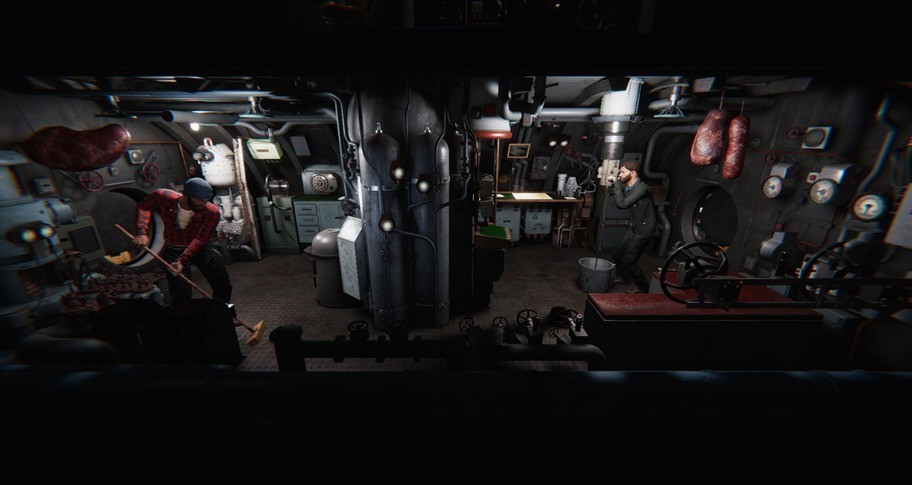 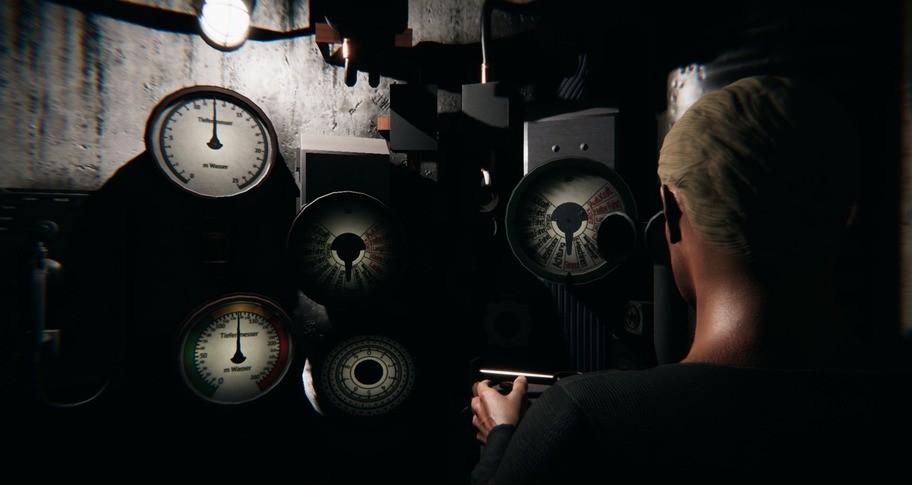 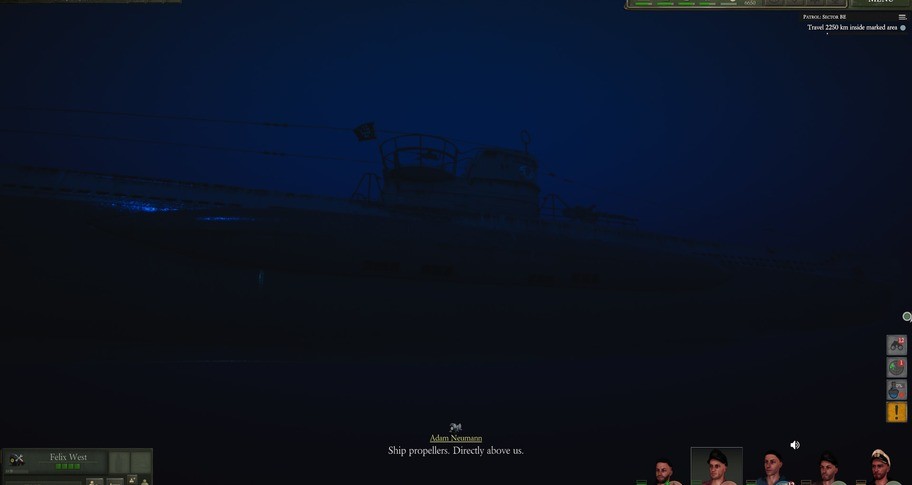 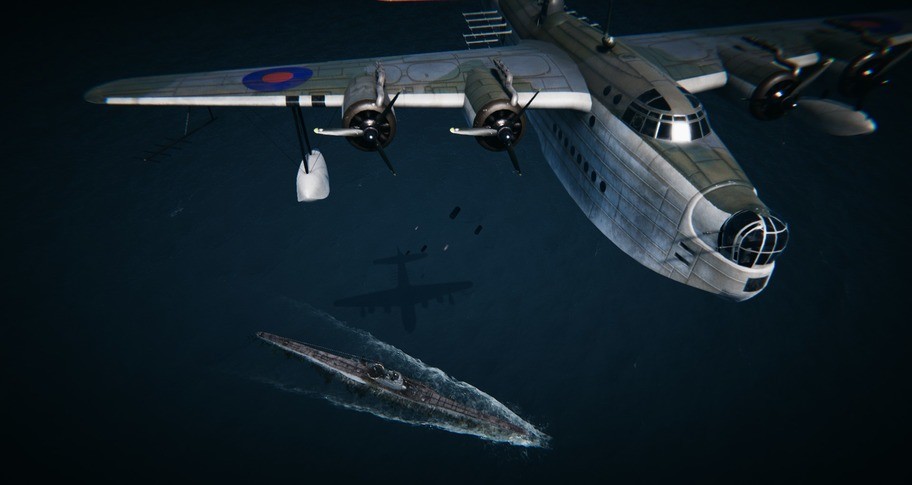 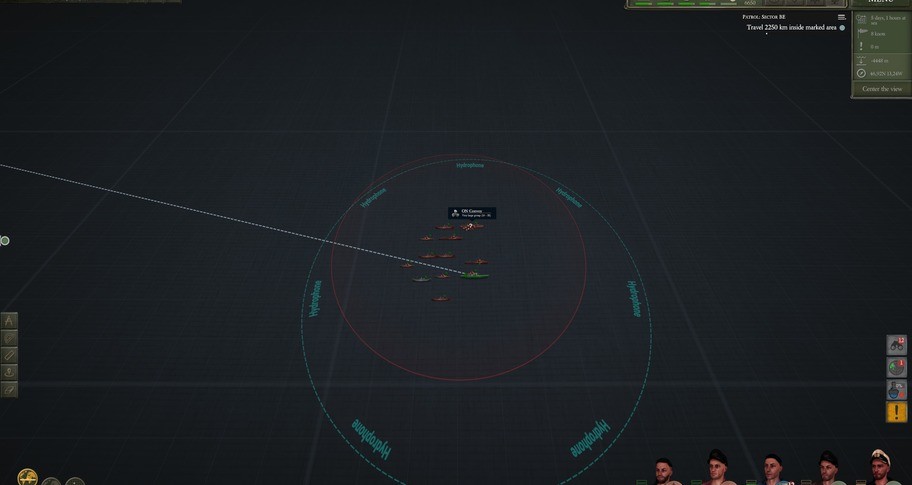 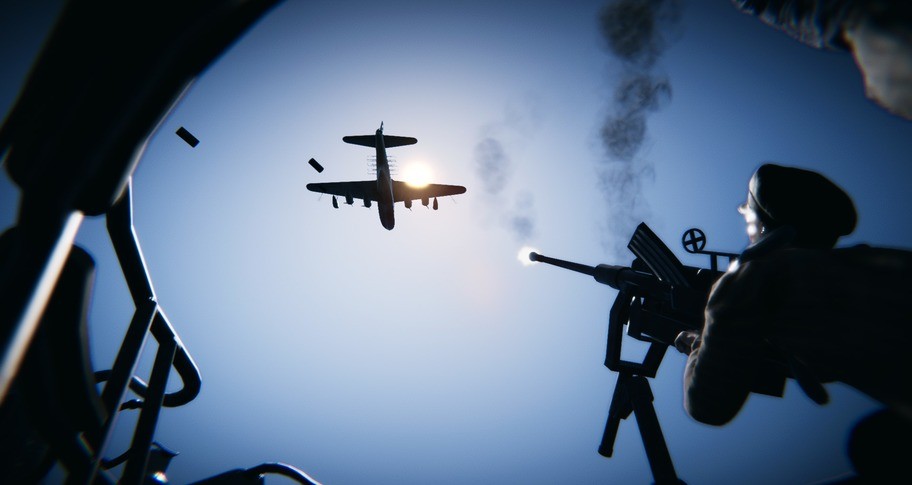 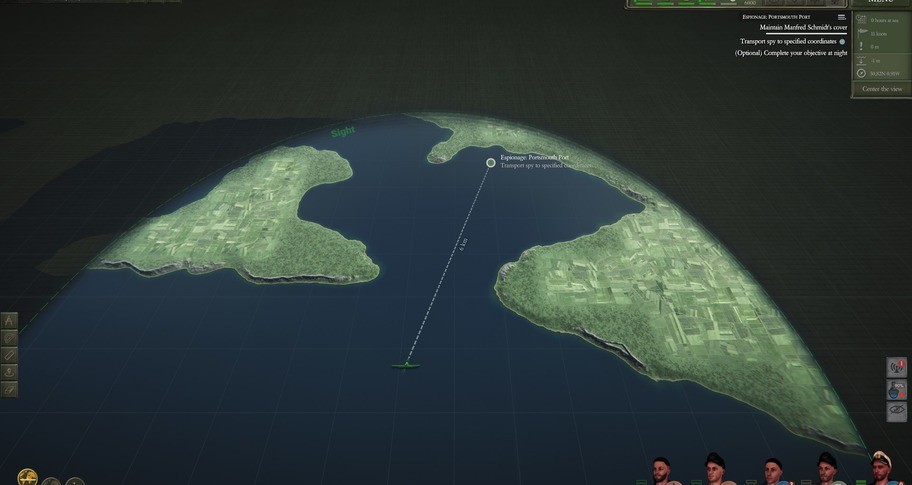 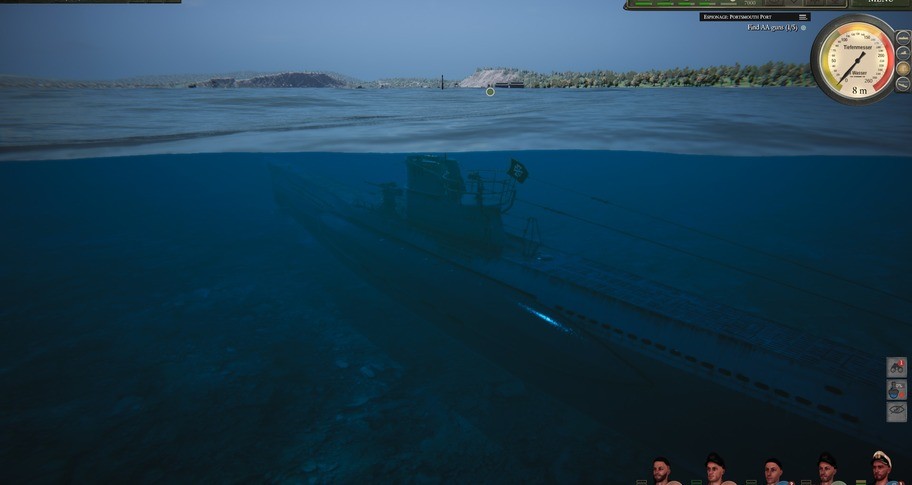 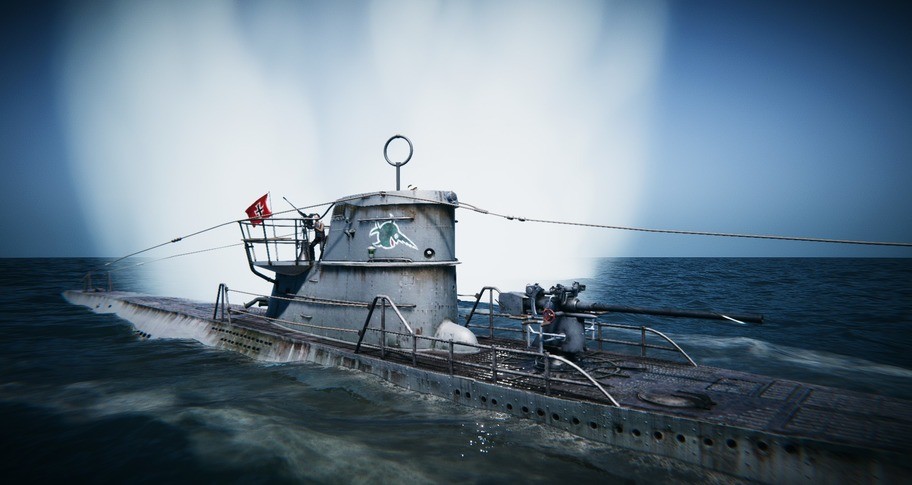 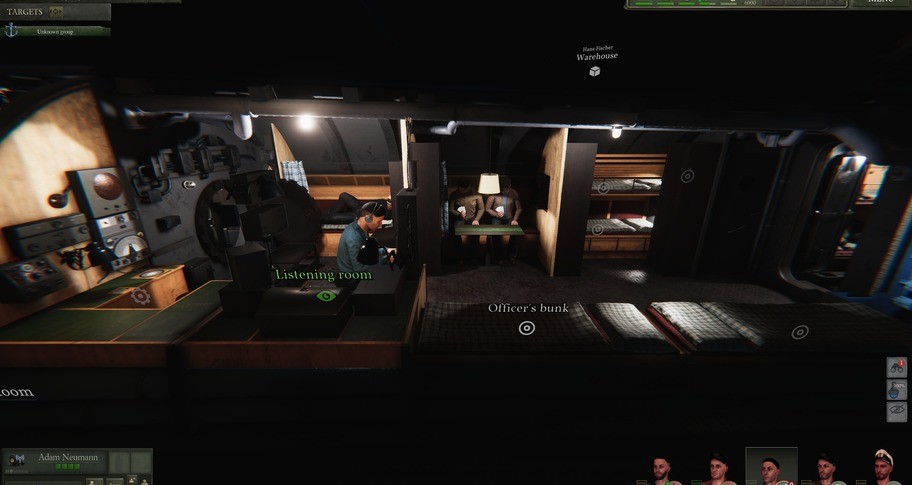 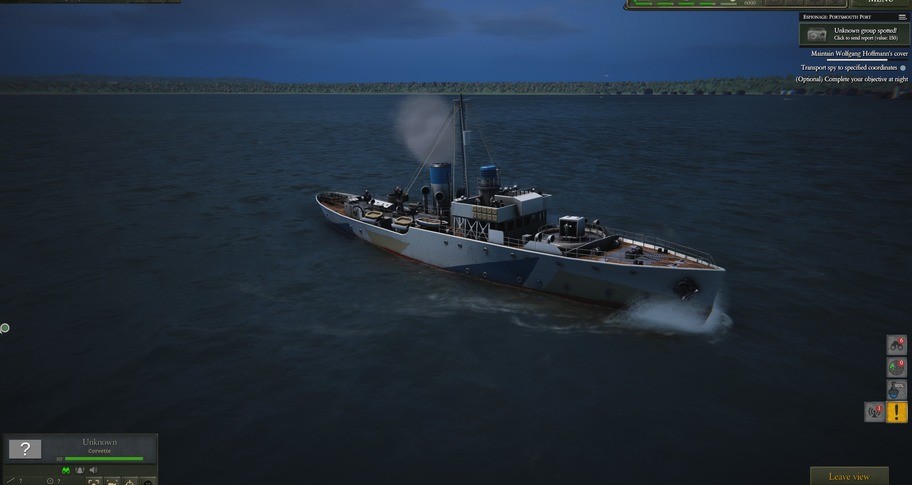 UBOAT is a simulator of a submarine from WWII era, yet different than all you have seen so far. It is a survival sandbox with crew management mechanics while its primary theme is life of German sailors. The boat is their home, but it can become their grave at any time.

In UBOAT you control the crew in order to control the boat. You look after their physical and mental health, because if the sailors are hungry, tired and their spirit is low, there’s no chance of winning even a skirmish.

The extensive damage system is a foundation of the game's survival elements. Unprecedented situations are bound to happen as the effect of received damage, testing player's creativity and ability to stay calm. You can try to save the whole crew or leave someone behind, to save the others.

While your ship travels through the open seas, you will often find yourself being on your own. Use your management skills to spend resources taken on the trip optimally and in special cases try to recover them on the sea, by asking your allies for the help... or by looting wreckages of enemy ships.

During the playthrough you will receive assignments from the Kriegsmarine headquarters. They are never linear and you may receive additional orders during them or face unexpected problems.

Brave completion of assignments from the headquarters is rewarded with additional budget for the unit under your command and with acceptance of your growing reputation as an u-boat's skipper. You will need that, to upgrade your ship and keep up with enemy's technological advances.

Game's simulation elements are very realistic, but that never comes at a cost of gameplay quality. Despite extensive simulation elements, UBOAT can be played like a regular game and complex matters can be learned later to become a better skipper for the commanded unit.

Even small things like the influence of ballast in each compartment on the ship's trim (tilt) or Earth's curvature are faithfully reproduced in the game.

Perfection can be achieved in many ways. Prove your management skills and swiftly assign work to your officers to speed things up. If, on the other hand, you think that if something needs to be done, it's better to do that on your own - sit behind the periscope, hydrophone or 88 mm deck gun and take matters in your own hands!

Everything from shooters to tactics. Check out our top 10 games set in World War 2.

UBOAT sale & discount - all in one place!

GG.deals aggregates game keys from over 40 digital distribution stores so you can find the best deals on video games. All offers already include discounts from vouchers to save you time and money. Check the price history of the game to determine how good the deal is in relation to historical low offers. If the price is still too high, create a price alert and receive an email notification when UBOAT matches your budget!

Does UBOAT cd key activate in my region?

We always try to make sure that price displayed in our comparison is assigned to the correct regions. However, some shops don’t share information regarding regional locks in their product feeds and that can lead to some very occasional mistakes. Before you buy UBOAT, please check the store page for any information about activation restrictions in your region. If you notice any product assigned to incorrect region on GG.deals, contact us and we will correct the listing as soon as possible.

Will I be able to download UBOAT game immediately?

Can I get a free UBOAT Steam key? Is there a way to download UBOAT for free?

If you’re short on money and want to get UBOAT for free, there are a couple of ways for you to try:

Even if UBOAT free download is not available, you can always save up and get the key at the lowest possible price using GG.deals comparison engine.

Which UBOAT shop to choose? What’s the difference between official stores and keyshops?