As fun as a traditional tabletop experience can be, your friends can’t always find time to meet at someone’s place and play for a couple of hours. This is when card video games enter the stage: with practically the same rules and specific cards, you can get practically the same amount of fun with them as with their tabletop equivalents. Especially when playing an on-line round with other enthusiasts of this genre. Let’s see what it has to offer. 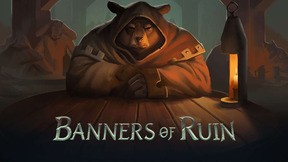 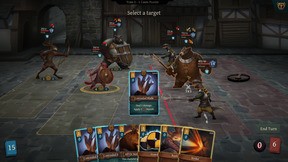 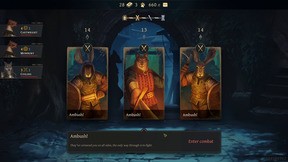 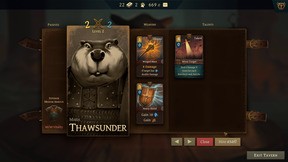 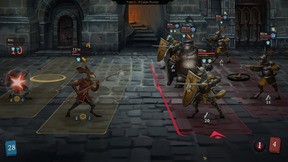 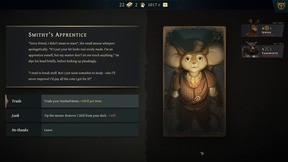 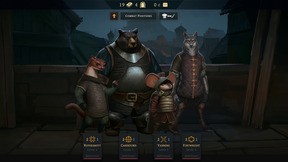 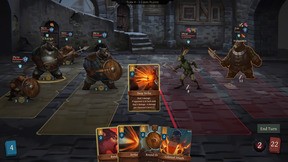 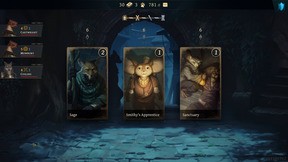 What are the types of card video games?

Similarly to physical cards, there are many types of card-based PC games. You might stumble upon digital equivalents of regular card games like Solitaire. There are also certain titles that belong to the TCG subgenre, which stands for trading card games that rarely haven’t got a physical version. There are some that are standalone digital products, although the card system is only a part of the game’s mechanics. Unlike TCG, some of them might not even involve competing against an opponent.

There are several other types of games with cards that focus on other aspects, although the two that we’ve mentioned are definitely in majority when it comes to this type of PC title. We already know that we can expect  either competitive titles or much more casual games that you can relax with. So, what are the best PC card games?

What are the best card-based games to play on PC?

Let’s begin with Tabletop Simulator. Whenever you find yourself wondering whether you should play a round of UNO or just some regular Solitaire, this is the choice you should make. The title features various tabletop games: aside from digital card games, you might play Mahjong or chess, if you would prefer to spend your time with these timeless classics.

As Hearthstone is very well-known and a rather obvious suggestion. It would be for the best if we offer you some alternatives to this title. From the wide variety of games like Hearthstone,  Duel Links is a really interesting choice. It follows the rules of Yu-Gi-Oh! TCG that are slightly changed to make a single duel faster. This resulted in a different experience from the regular card game, which doesn’t mean it’s any worse. You can be a F2P player and still have lots of fun, the game is also updated frequently. Just bear with some of the players online and you’ll have a title for thousands of hours.

Let’s end with something really unique, that is KINGDOM HEARTS Re:Chain of Memories. If you’re familiar with this series, you might be a little surprised, as it normally involves a typical JRPG gameplay and plot that involves a bunch of Disney characters and worlds. This game however, allows you to build decks and use them in fights that resemble what you normally see in this franchise. Card battle games are taken quite literally here and, surprisingly, it works very well. You’ll need to get this title within KINGDOM HEARTS HD 1.5+2.5 ReMIX collection.

These were our recommendations of card games PC. The genre is massive, so you may end up with other digital TCG titles in your library. And all of this large selection can be found on this page. As well as games with cards as only one of their elements. It’s a fascinating side of video games and you’ll surely find something up your alley.